Stuart made his Nomads debut at Ton Pentre on 2nd September 1995 and scored the game's only goal after coming on as a substitute. He came to The Nomads as a right-back but 15 goals in his first season at the Halfway convinced the club that his future lay in an attacking role.

That was shown to good effect as soon as he donned the No.7 shirt at the end of September 1995. A brace of goals at Holywell Town in the League Cup was immediately followed by five against Briton Ferry Athletic three days later. In the next League Cup group match Nomads beat Rhyl 5-4 with Stuart bagging two of the goals and another hat-trick soon followed in mid-October when Nomads overturned a half-time deficit to thump Caersws 6-3. Goals came steadily the following season before a couple of quiet campaigns in which he often began games on the bench. One particularly memorable appearance as a substitute came at Rhyl in a Welsh Cup match against Llanwern in February 1998.

The 2001/02 season saw Stuart score 19 goals in the Welsh Premier League including hat-tricks against Oswestry Town and Rhayader Town and another half dozen the following season took his Nomads' tally of league strikes to 83. Yet there was more to come as Stuart made the 2003/04 campaign his most productive with Caernarfon Town bearing the brunt. Two goals in a 3-0 home win over the Canaries were followed by four more as the sides drew 5-5 at the Oval in February 2004. Three more in the Welsh Cup trouncing of Guilsfield (8-1) took his league and cup total to 25 that year.

His elusive 150th WPL goal arrived on 31st March 2006. With Nomads losing 2-1 at Airbus UK and striving for an equaliser, Stuart obliged in the 71st minute. It was his 151st (and last) league and cup goal for Connah's Quay.

At the age of 36 he could look back on a tremendous career with the Nomads in which he appeared in 402 league and cup games for the Club, exactly 100 as a substitute, scoring 118 WPL goals and another 33 in the various cup competitions. 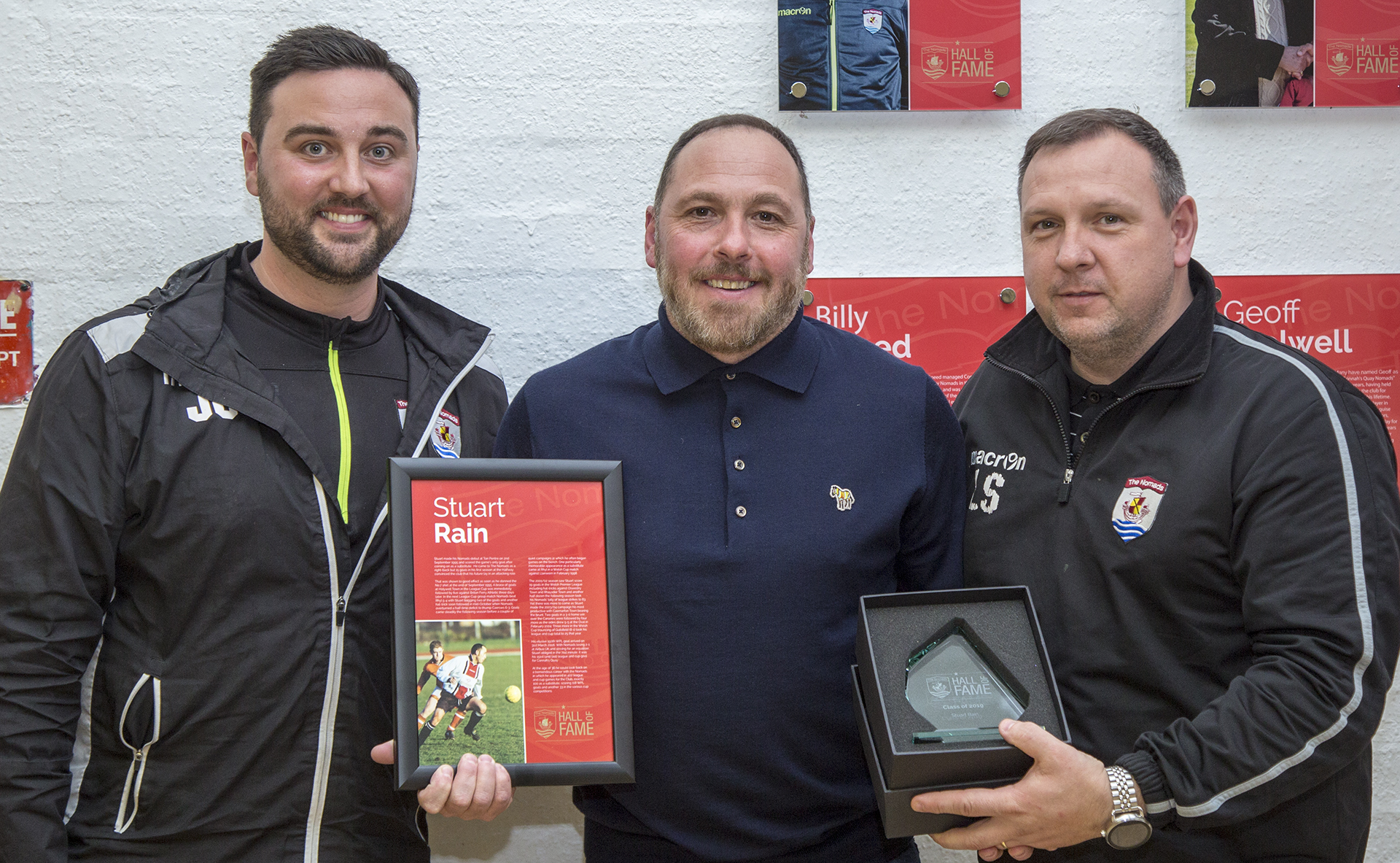