The match marks the first time that The Nomads have reached the final since we won the competition in 1996, while STM Sports are making their first ever appearance in the showcase match.

The Nomads' Route to the Final
Our route to the final started way back in early August, just nine days after we had lost out to Partizan Belgrade in the UEFA Europa League. A 2-0 victory at Rhyl was enough to see us through against a resilisient Rhyl side. Nathan Woolfe gave The Nomads the lead early on before Ryan Wignall secured the victory in the closing stages with a well taken finish.

Next up for The Nomads was a trip to Guilsfield in a game which saw The Nomads dominate the majority of the game, but could only manage a single Jamie Insall goal which was equalled by the Guils' Callum Bromley in the second half. The game went on to penalties with the quality of penalties of the highest order, only for one of Guislfield's efforts to thunder back off the bar before Michael Bakare scored the all-important spot kick to send The Nomads through 5-3 on penalties.

Our first match at Deeside in the competition was a local derby with Flint which saw us come out 4-1 victors thanks to goals from Conor Harwood, Nathan Woolfe, Michael Bakare and a Flint own goal, booking a place in the Semi Finals against Bala Town.

This was the fifth successive semi final that The Nomads had reached, having lost 1-0 in the previous four occassions, so we were keen to make the final and that is exactly what we did thanks to a Callum Morris penalty and a Michael Wilde strike in the first half. Bala battled back in the second half but couldn't find a way through to give The Nomads our place in the final.

STM's route to the Final
STM started their journey to the final a week earlier than ourselves, facing off against Pontypridd Town in the first round on August 3rd, coming out 3-2 victors thanks to a Josh Graham hat-trick. This saw them book a second round tie against Cwmbran Celtic in which a dominant display saw goals from Chris Worsley, Lamin Conteh and a Marcus Jones brace secure a 4-0 victory.

In the third round, Nana Baah's side would face Haverfordwest County and it was County who took the lead in the first half, only for Josh Graham to equalise and force the game to a penalty shootout which STM finally won 8-7, booking a high profile quarter final clash woth JD Cymru Premier side Newtown at Latham Park.

Newtown took an early lead before STM went in front, only for Newtown to draw level late on, again forcing STM to a penalty shootout and it was again STM that came out on top in the high-pressure situation, winning 6-5 on penalties. This led them to another JD Cymru Premier team in Aberystwyth Town and it was Aber who took the early lead, only to see STM again fight back and come out 2-1 victors to book their place in the final against ourselves.

Recent Form
The Nomads come into the game on the back of an emphatic 8-0 victory over Afan Lido in the JD Welsh Cup, who STM currently sit just two points ahead of in the JD Cymru South. Prior to that, The Nomads felt hard done by to come away from Park Hall with a 2-1 defeat at the hands of TNS having been late winners against Barry the week before.

STM meanwhile head into the final on the back of two consecutive defeats, most recently a 3-0 home defeat at the hands of Haverfordwest County and the week prior, a 2-1 loss at Llanelli.

Fan Travel
There are still spaces available on the fans bus with prices as follows;
Adults: £11
Under 18s: £7
The bus will leave The Ship pub in Connah's Quay at 2:00pm and will leave Newtown after the game at 8:30pm.

To book your place on the bus, contact Eddie Loughnane on 07729 699427 or email eddieloughnane@hotmail.co.uk

Coverage
The match will be covered live on S4C from 5:00pm with kick off taking place at 5:15pm. The match will also be covered by our Twitter account for those of you who can't make the game or be in front of a TV. 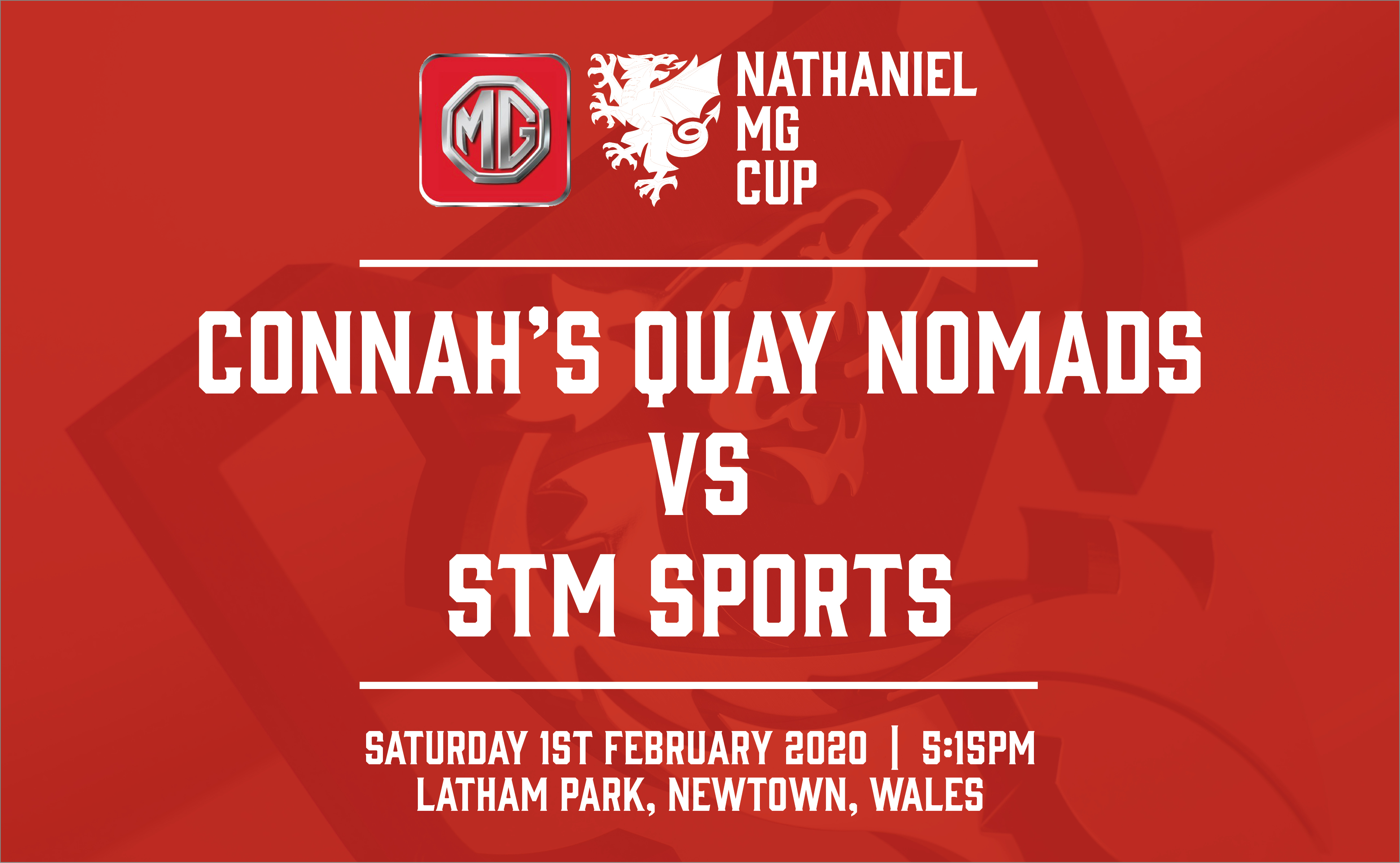 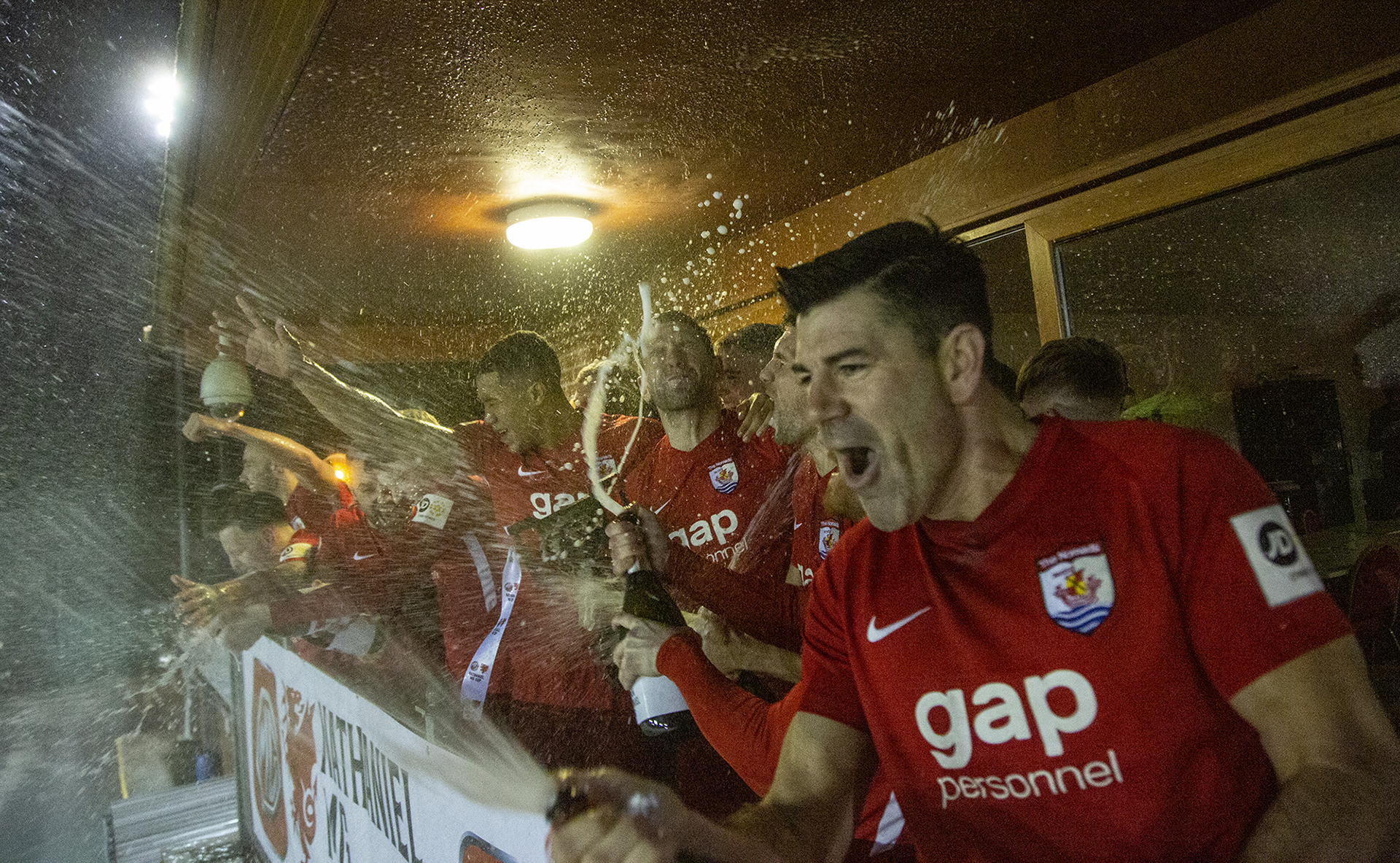