Connah's Quay Nomads lost out to Barry Town United by two goals to nil on Saturday afternoon in the JD Welsh Premier League.

A sixth minute penalty from Kayne McLaggon sent the home side ahead, before an 80th minute strike from Mamodou Touray confirmed a rare loss in South Wales for Nomads.


The Nomads came into the game looking to reclaim their place at the top of the JD Welsh Premier League, after a 3-0 win for TNS over Caernarfon had taken first place off Connah's Quay for the first time since August 12.

Barry Town had so far lost, won and drawn one game each, and knew a win would send them into the top six.

Barry Town started some of their biggest names including Chris Hugh, Kayne McLaggon and Jonathan Hood.

The game began and although Nomads kept the ball well in the opening minutes, Barry were soon in the Nomads' half, winning a free kick just outside the visitors' area on four minutes.

Kayne McLaggon sent the kick towards the top right corner, with Danby pulling off an excellent save to deny him.

However, McLaggon would make amends on six minutes when he was challenged by Declan Poole in the Nomads' area. Referee Dean John pointed to the spot, and McLaggon struck into the middle of the Nomads' net to send his side ahead.

Boosted by their goal, Barry continued to attack the Nomads' final third, winning set pieces in key areas. In the 15th minute, Chris Hugh crossed low into the area and a block from John Danby denied Barry a certain second goal from close range.

The Jenner Park faithful believed they may have scored again in the 24th minute, when a Touray strike from 10 yards rattled the Nomads' crossbar before bouncing on the goal line, with protests that the ball had crossed the line waved away.

Michael Bakare had one of Nomads' best chances of the game, running into the area on 29 minutes and trying to brush the ball past keeper Mike Lewis with his left foot. The keeper denied Bakare an equaliser with a low save off of his right foot.

The Nomads were increasing their possession in the Barry Town half, but struggled to find a clinical finish as they chased an equaliser.

The second half saw Nomads start positively, with Wignall making darting runs down the wing to cause problems for the hosts. On 49 minutes George Horan connected with a corner from Craig Jones, heading just wide from eight yards.

In the 53rd minute Barry countered a Nomads' move, allowing Touray to run at goal and cross to Hood who sent the ball into the net, but the goal was ruled out for a handball from Hood, for which he was shown a yellow.

Two minutes later, Nomads saw a big goal scoring opportunity go amiss when a Craig Jones cross floated towards the top left corner of the Barry goal, with Horan's header somehow not enough to send his side level.

Nomads made their first change on the hour mark, replacing Rob Hughes for Callum Morris in the midfield.

A corner kick and deep throw in were won in the Barry half, but Nomads' much sought after equaliser continued to evade them.

In the 69th minute Bakare sent a strike into the Barry area which appeared to strike the hand of a defender, but the Connah's Quay bench's penalty appeals came to nothing.

Despite their lack of luck in front of the Barry goal, Nomads persisted with time beginning to run out.

In the 76th minute a Bakare effort was inadvertently blocked by his teammate Michael Parker, before Wignall won a corner which was punched away by Mike Lewis.

But Nomads' hopes of a result at Jenner Park were dashed on 80 minutes, when Mamodou Touray broke into the Nomads' area, running at goal and finishing with a low strike from eight yards to make it 2-0.

Nomads made a second change, replacing Ryan Wignall with Nathan Woolfe as they looked to salvage something from the encounter.

They continued to battle through five additional minutes at the end of the game, but at full time a Barry Town victory was confirmed.

The result is Nomads' first loss of their JD Welsh Premier League campaign, and sends them to second place, joint on points with first placed The New Saints.

Nomads now move away from league action to focus on a trip to Falkirk in the Irn Bru Cup next Saturday for a 3:00pm kick off. 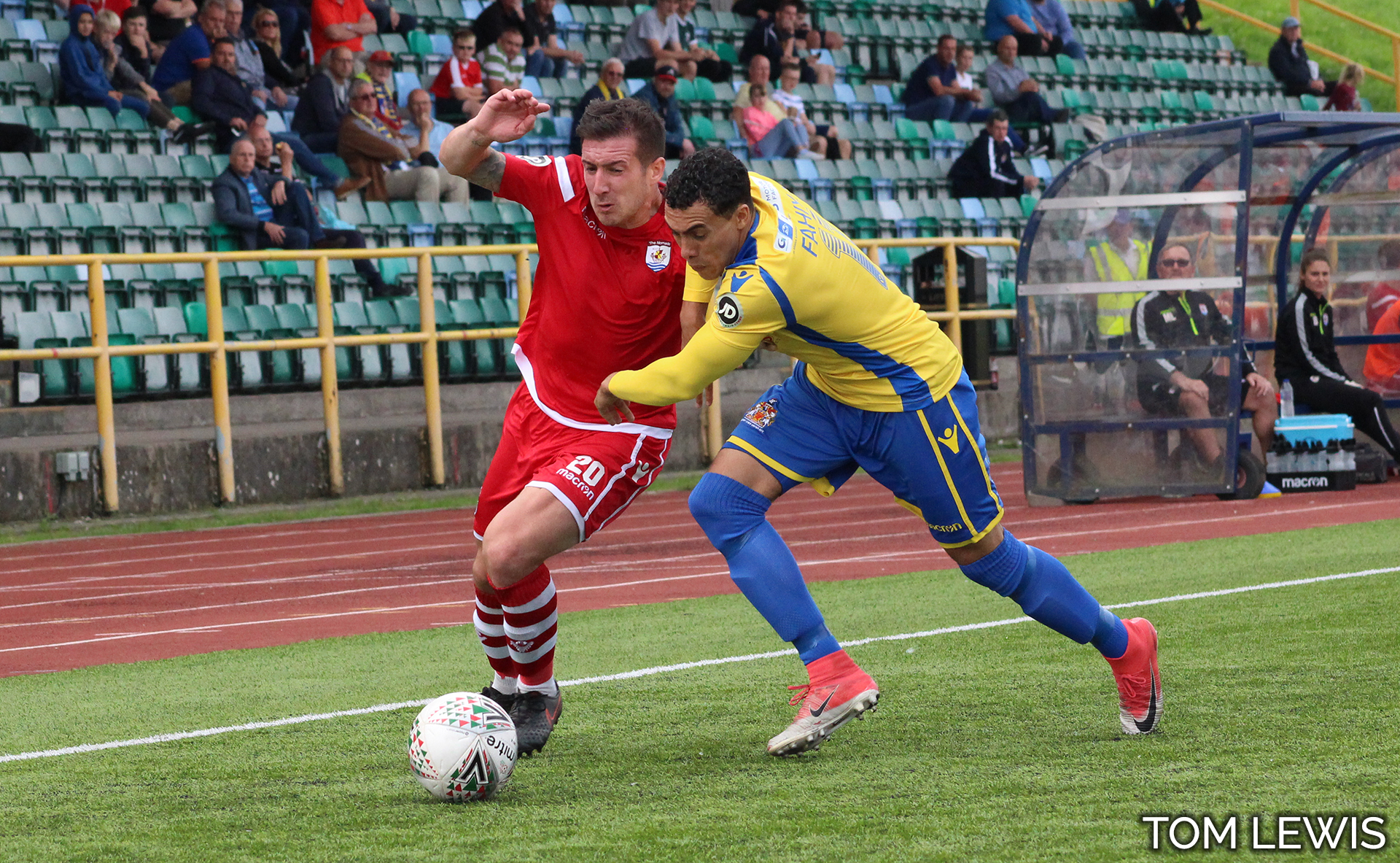 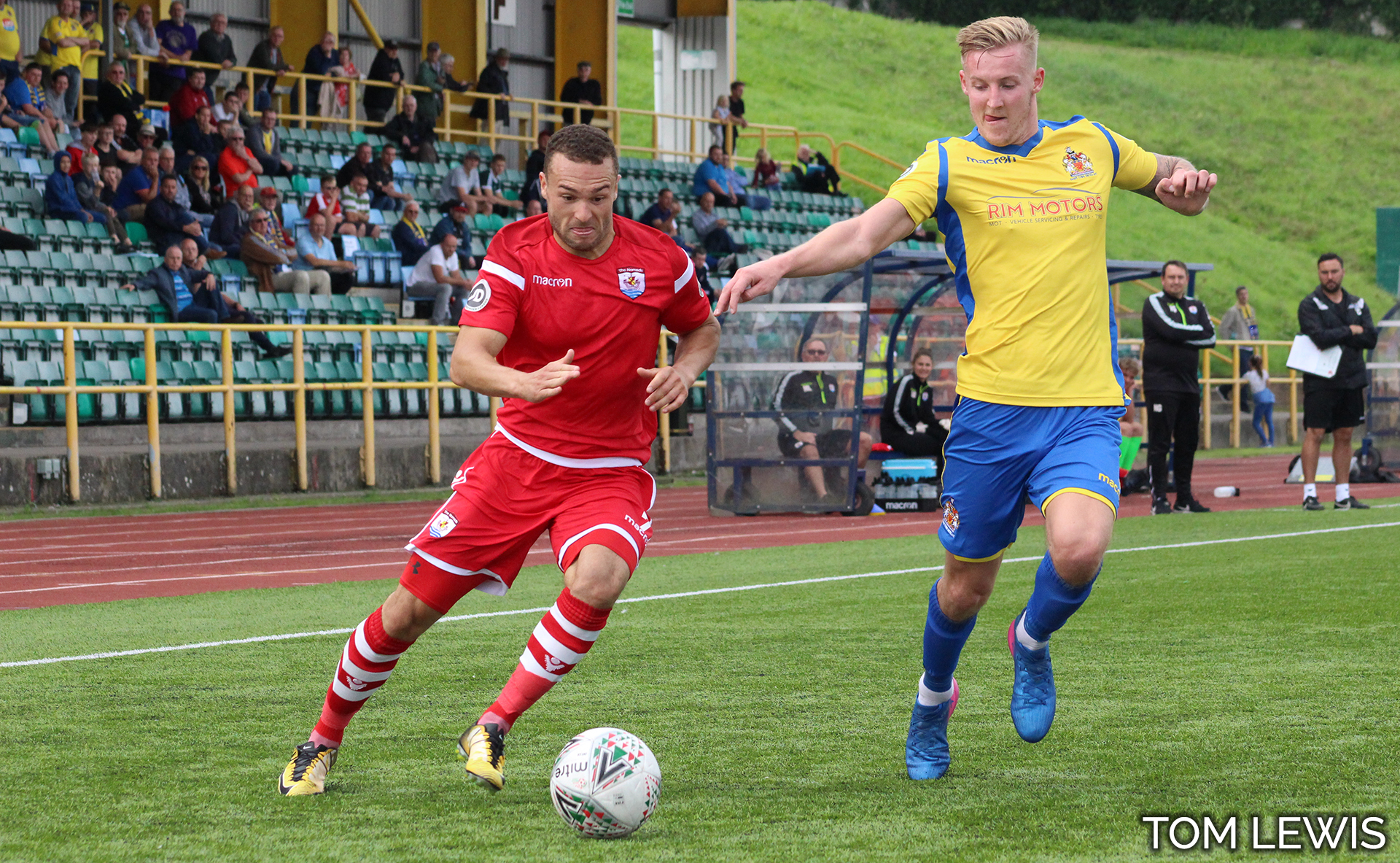 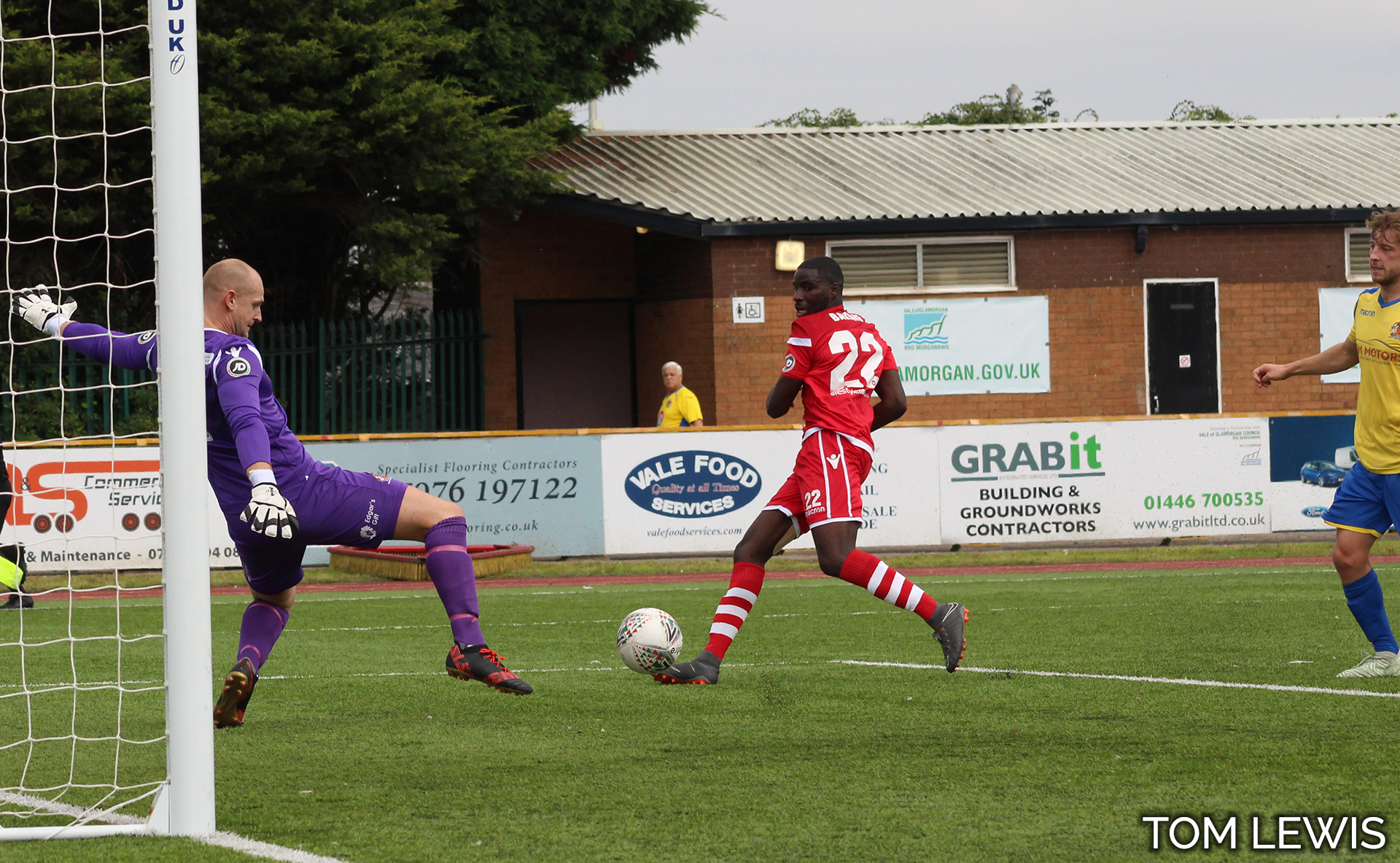 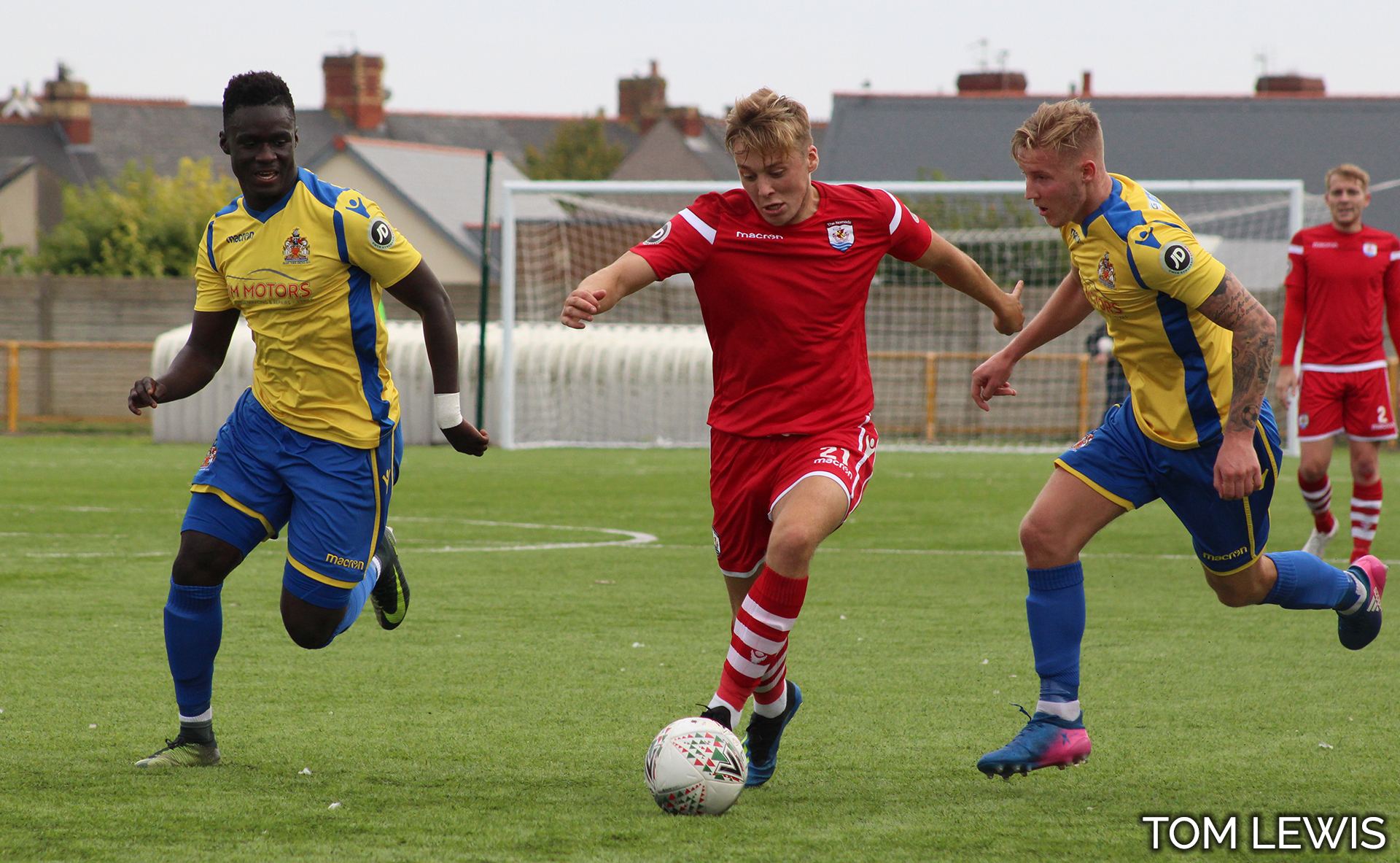 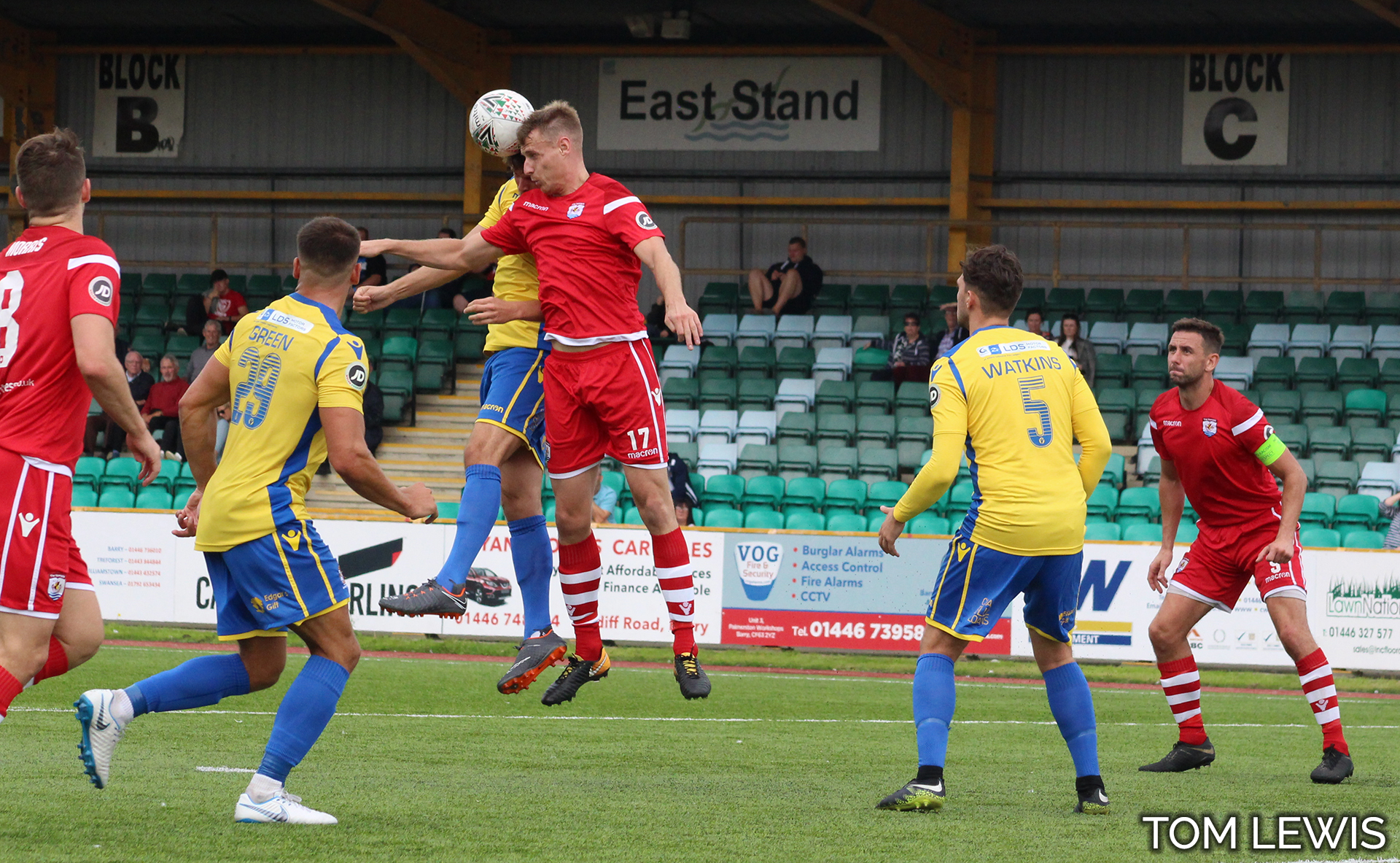