Connah’s Quay Nomads fell to a 1-0 defeat against Caernarfon Town at Deeside on Tuesday evening in a JD Welsh Premier League clash.

Nomads came into game having made club history on the weekend by recording their first ever competitive win in Scotland, defeating Falkirk in the Irn Bru Cup second round by one goal to nil at the Falkirk Stadium.

JD Welsh Premier League manager of the month Andy Morrison rewarded Jack Kenny for his impressive club debut in Scotland by keeping him in the starting line up along with Craig Jones and Michael Wilde.

George Horan returned to the squad from suspension, whilst Laurence Wilson came back into the starting line up after being ruled out of the past two games through injury.

Caernarfon Town were playing for the first time in 12 days, but spirits were high amongst the travelling Cofis after early season wins over Cefn Druids and Cardiff Met.

They started Jamie Crowther, who was part of Nomads’ Welsh Premier European play-off winning squad in 2016/17, and Noah Edwards, who featured for Nomads in the summer against Belarusians Shaktyhor Soligorsk.

The game began to a slow start as with both sides conjuring half chances. Sion Bradley ran at goal on four minutes, but was tackled as he reached the inside of the Nomads’ area.

Craig Jones utilised his swinging crosses from the right wing, but his delivery was caught by goalkeeper Alex Ramsey on six minutes.

Both sides grew into the game as its pace picked up, seen on after 20 minutes when Michael Wilde challenged Nathan Craig in the six yard area from a Craig Jones free kick. Wilde’s efforts to reach the ball triggered a scuffle between the players, but referee Kevin Parry quickly restored order.

Ryan Wignall was effective on the wing for Nomads, making darting runs into the Caernarfon final third. However in the 28th minute he was intercepted, with Caernarfon’s Ryan Williams sending a 30 yard effort towards goal which was pushed wide by John Danby.

As half time drew closer both Andy Morrison and Sean Eardley’s men looked to find the opener before the break. Caernarfon won a free kick seven yards from the Nomads’ area, but Nathan Craig’s delivery went safely to Danby.

Jack Kenny then took to the ball to the Caernarfon  byline, passing to Morris in the centre of the area who sent an effort wide on 40 minutes.

Just as the game looked like it would be goalless at half time, Jamie Breese sent Caernarfon ahead, running from the halfway line to go around eight yards from goal and send a low effort past Danby.

The goal saw Nomads trail 0-1 at the break despite the even encounter so far.
They made their first change during half time, replacing Jack Kenny with Michael Bakare. Bakare was tasked with finding an equaliser for Nomads, but he was met by a stubborn Caernarfon defence set on keeping a clean sheet.

In the 52nd minute Bakare sent a great aerial pass from the midfield to Wignall on the right wing, whose cross into the area couldn’t be converted by a red shirt.

Two minutes later Nomads won the first of nine corners in the second half, as they looked to set pieces to change the game in their favour.

With an hour played, captain George Horan departed in place of Declan Poole as the Nomads intensified their hunt for a leveller.

Declan Poole got involved, almost setting Bakare up for a shot on the edge of the Caernarfon area, but Bakare’s pace saw him temporarily run over the ball giving the Cofi defence the opportunity to make a vital clearance.

With 20 minutes to go, Nomads were heavily populating the Caernarfon end and making good moves into the area, but a clinical finish was evading them.

One of Nomads’ best chances of the half came on 85 minutes, when a quickly-taken free kick from Callum Morris sent John Disney through on goal. His angled effort took a deflection off a defender and went narrowly wide to prevent a breakthrough for the home side.

Despite a late onslaught of corners and deep throw in’s in Nomads’ favour, they were forced to accept a rare home loss after the game’s four additional minutes came to an end.

The result sees Nomads stay second in the JD Welsh Premier, and is their first loss at Deeside since February.

They now move onto their next league fixture at home to Newtown AFC on Friday 14 September for a 7:45pm kick off. 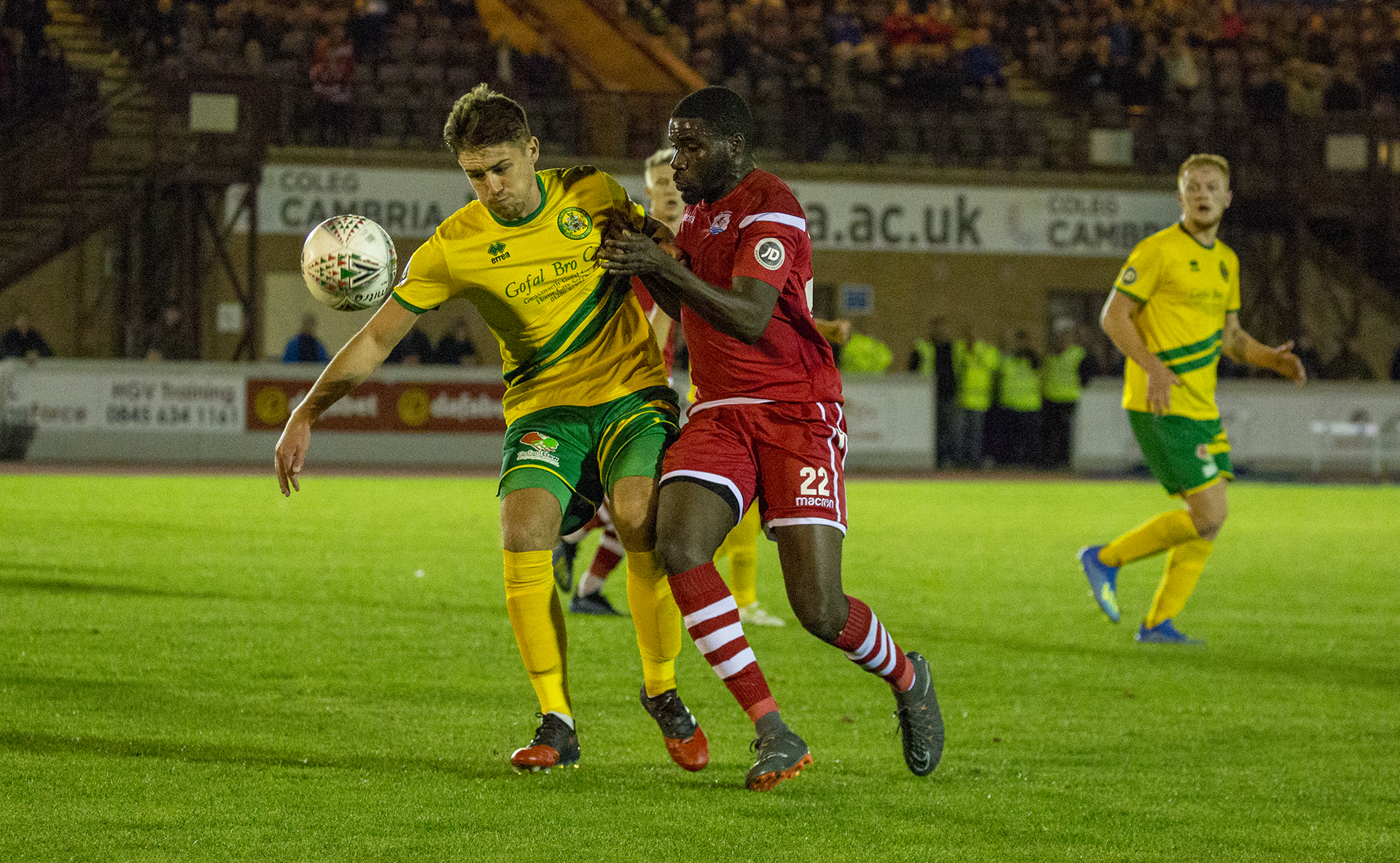 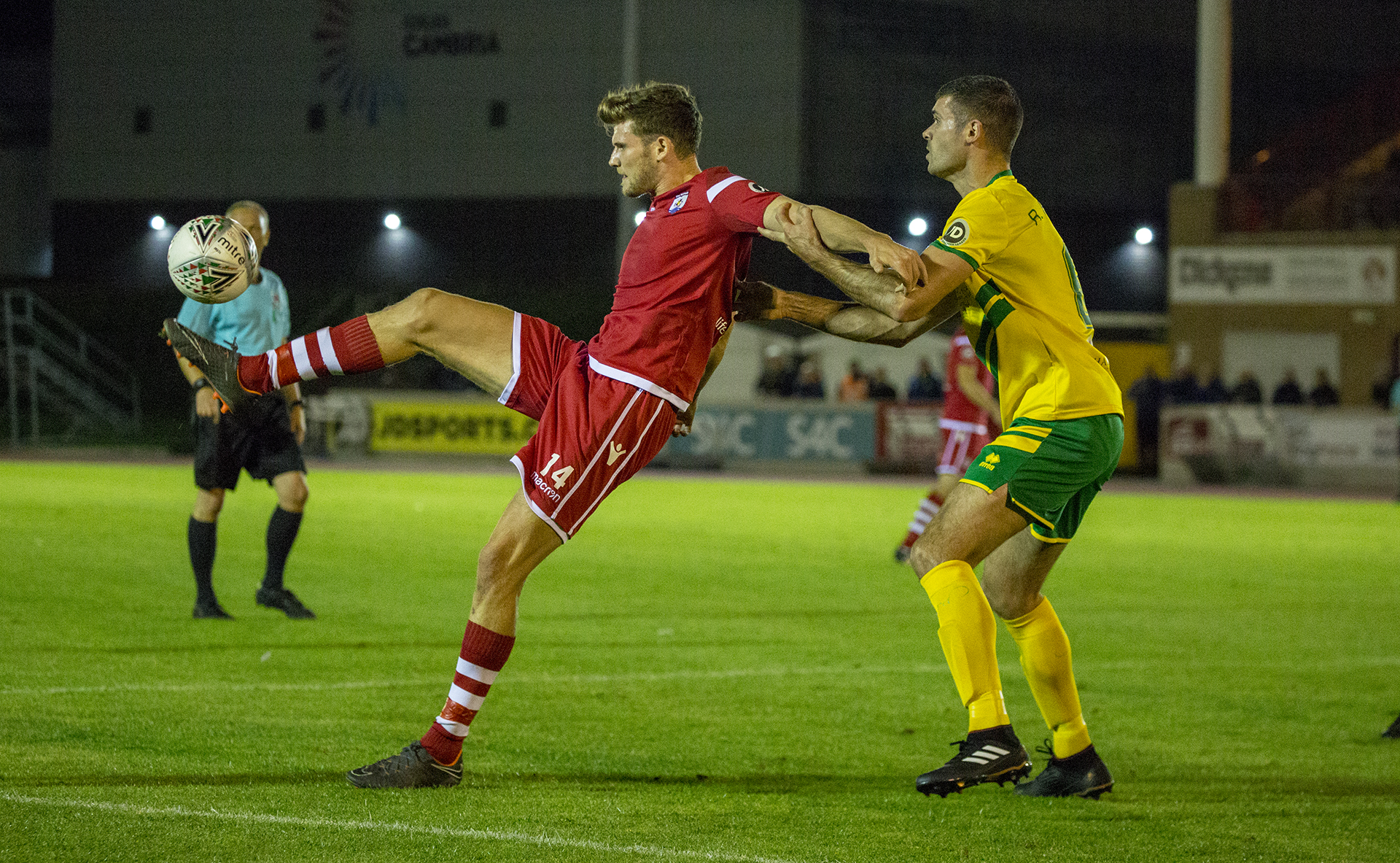 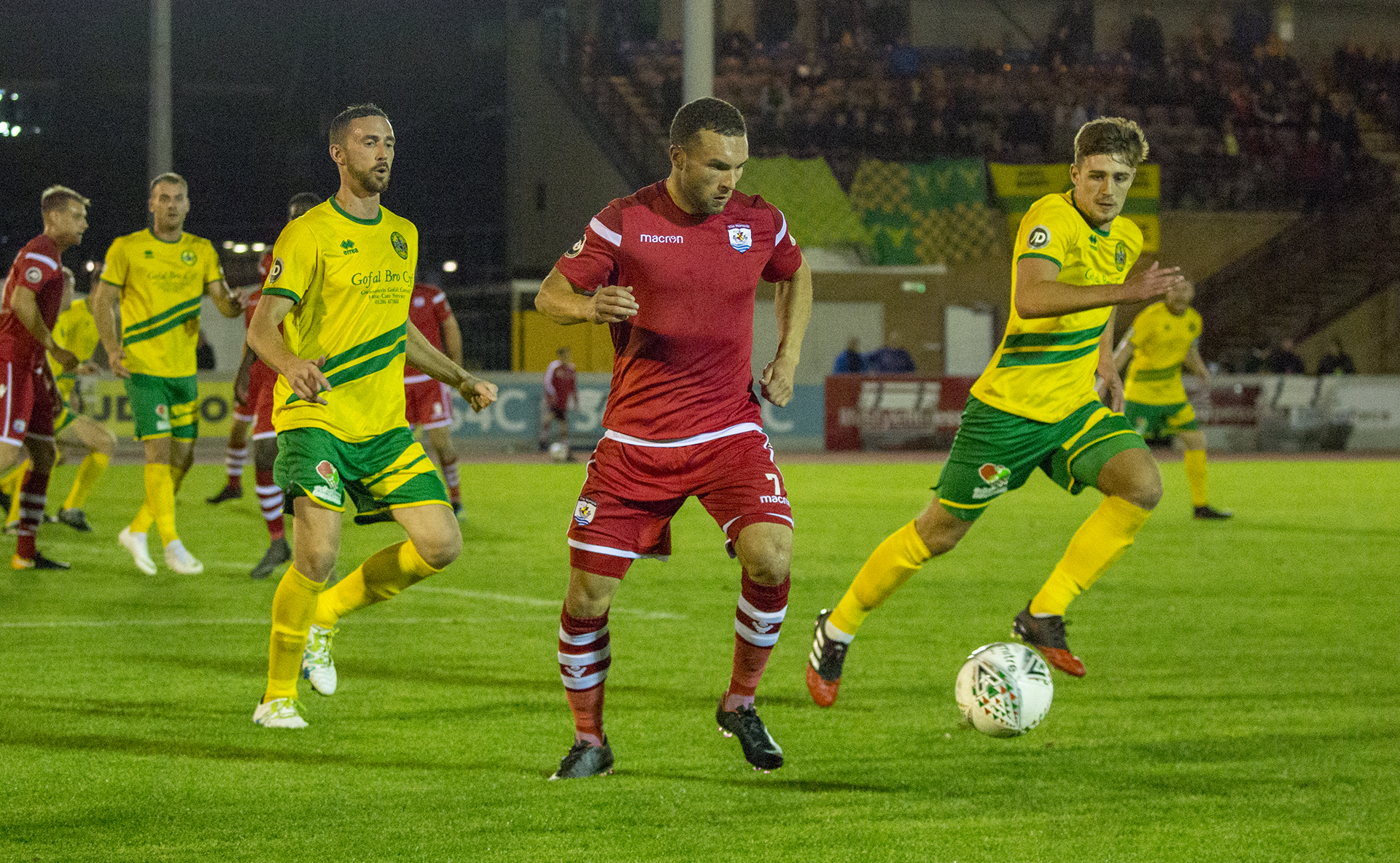 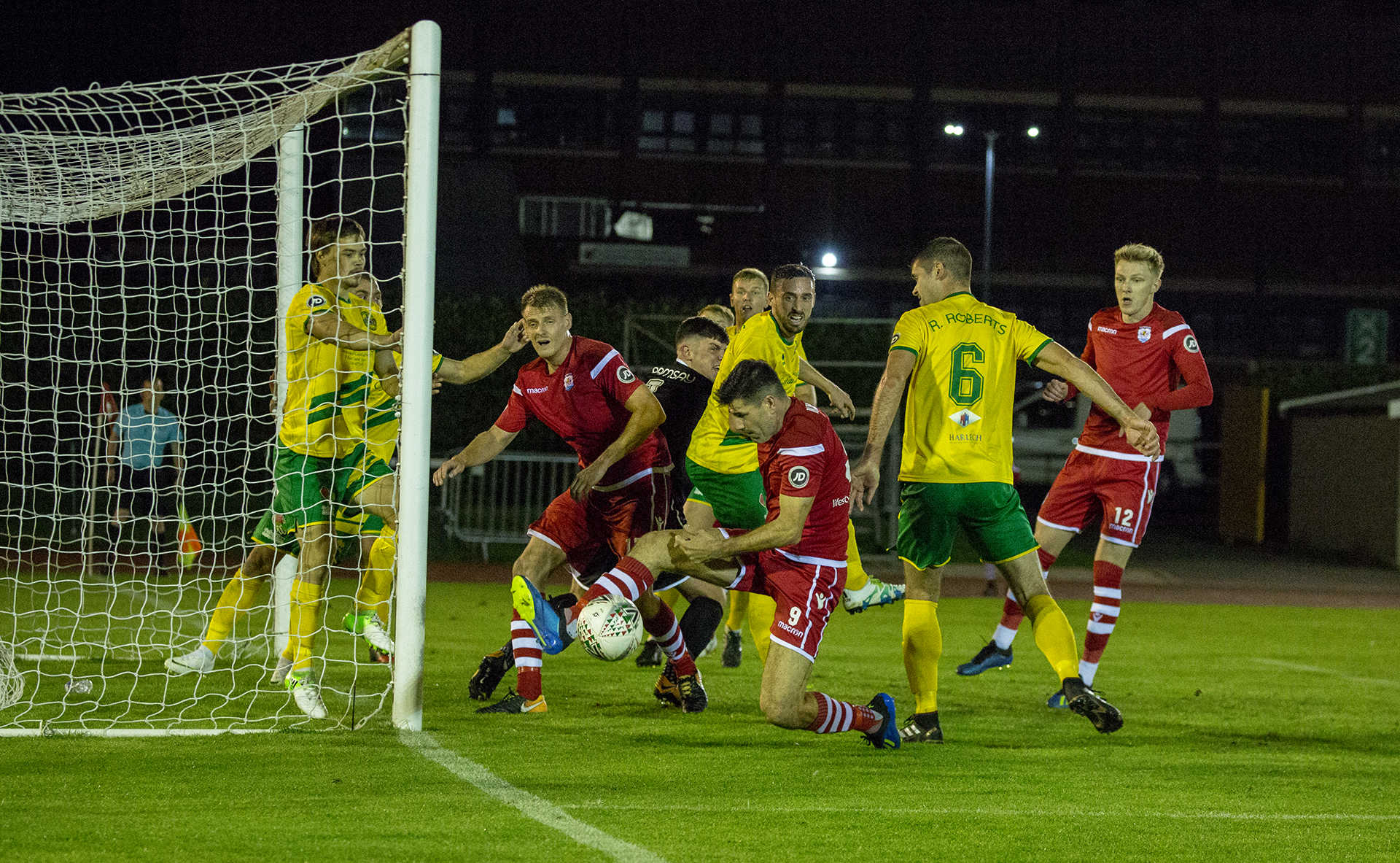 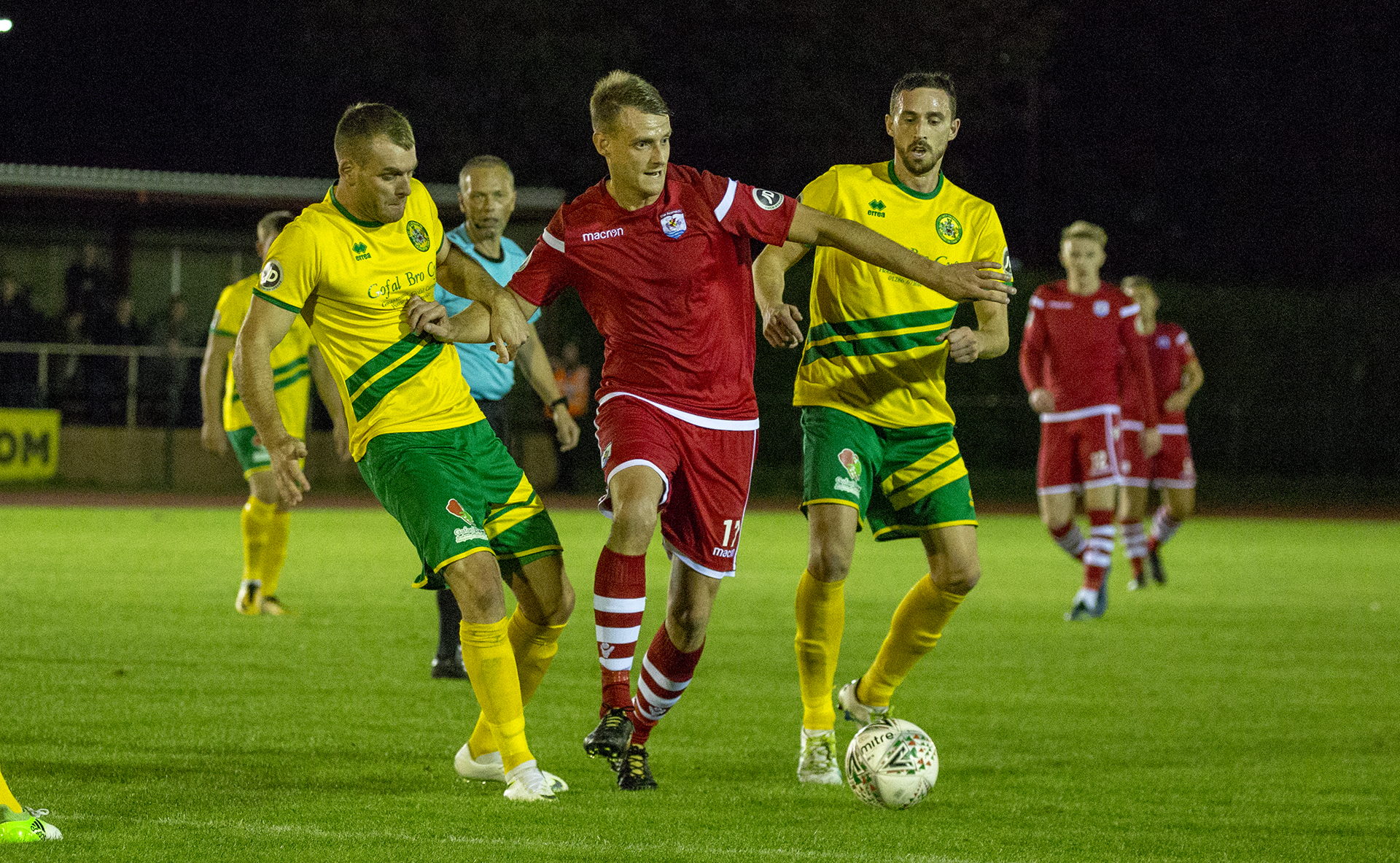