Nomads stay top with win at The Rock

Connah’s Quay Nomads retained their top spot in the JD Welsh Premier League with a 2-1 win over Cefn Druids on Friday evening.

Nomads came into the game off the back of a JD Welsh Cup third round victory at Guilsfield, where they came back from 2-0 down to seal a 4-2 victory after extra time. Cefn Druids had also seen success in the cup, defeating Gwent County side Ynsyddu Welfare 3-1.

Andy Morrison’s side were looking to stay top of the league and make it six games unbeaten in the JD Welsh Premier, having last lost in the top flight in October.

Nomads announced a strong side, including Danny Holmes, who returned from suspension, along with Michael Wilde and Ryan Wignall.

The Nomads started the encounter brightly with almost constant presence in the Druids’ half in the opening five minutes, but clearances from the home defence ensured keeper Michael Jones went untested.

After 10 minutes Nomads started putting pressure on the Druids’ end, with Michael Bakare beating his man on the right wing to send a cross glancing across the goalmouth in the 11th minute.

Bakare was again in action in the 13th minute, winning and taking a corner which was headed just over the bar by club captain George Horan.

The Nomads continued to enjoy early chances, with Bakare dribbling past the Druids’ defence only to see his eight yard effort go high of the right post on 16 minutes.

After 20 minutes Druids won three consecutive corner kicks, but Nomads defended them robustly. The home side had grown into the game, with James Davies sending a header towards goal from seven yards out, which was dealt with by Danby.

Ryan Wignall was threatening Druids with his trademark flair and pace, sending a wicked cross into the Druids area which was headed just over by Michael Wilde on 28 minutes.

With 30 minutes played Nomads were enjoying the lion’s share of possession, but well set up defences on both sides had kept the game goalless.

Nomads threatened again on 37 minutes when a Holmes cross just evaded Bakare, who was looking to send a close range header at goal.

Despite all of Nomads’ pressure, one of the best chances of the half went to Druids just before the break, when a deep throw in was sent to James Davies, who sent a shot just wide of the left post from inside the six yard box.

At half time Nomads made their first change, bringing on Laurence Wilson in place of Jay Owen.

The travelling support had only three minutes to wait for a goal after the restart, as in the 48th minute, Bakare cut in from the right wing to send a powerful effort past goalkeeper Jones to send Nomads in front.

Cefn Druids looked to react quickly to Bakare’s break of the deadlock, winning a corner in the 53rd minute which was cleared away.

Nomads’ lead was to be short lived, as Rittenburg hit a half volley from around 23 yards to beat Danby from distance, ensuring the scores were level once again after a rapid seven minutes of play.

After a Laurence Wilson cross was collected by Jones, Druids’ Alec Mudiumu went for the spectacular in the 58th, hitting a 25 yard effort just above the Nomads’ goal.

The game’s pace was showing no signs of slowing down, and this came to the visitor’s advantage when Callum Morris was brought down in the area and a penalty was awarded to Connah’s Quay.

He stepped up and drove a low effort into the bottom left corner of the net to restore Nomads’ lead.

But Cefn Druids were once again galvanised by going behind, forcing two consecutive corners at the Nomads end with 64 minutes played.

With 20 minutes to go, Michael Wilde was replaced by Andy Owens as they hunted a third goal to stave off the threat of a comeback from the home side.

In the 74th minute Danny Holmes made a vital tackle on Dean Rittenburg, executing a well timed sliding tackle inside the Nomads’ area to deny the forward a shot at close range.

And as the game reached its final stages, Nomads’ final substitution brought on Michael Parker in place of Wignall to help hold off a Druids side looking to salvage a result.

They did this well, regularly getting to the ball first to send it back towards goal, where Nomads had a second claim for a penalty denied on 82 minutes.

Michael Bakare had found himself through on goal after a flick on from Owens, but was brought down moments before releasing his shot, with Nomads’ penalty shouts waved away by the referee.

In the 87th minute Nomads were feeling the pressure when Druids won a corner, but this was blocked by Declan Poole.

Poole then found himself at the other end, doing well to hold up the ball as the game edged into injury time.

The Nomads then battled through three additional minutes of injury time to secure a well fought for three points at full time.

The result sees them stay top of the league with 36 points, one point above second placed Barry Town and five clear of third placed TNS.

They are next in action on Saturday 22nd December against Cardiff Met for a 2:30pm kick off at Deeside Stadium. 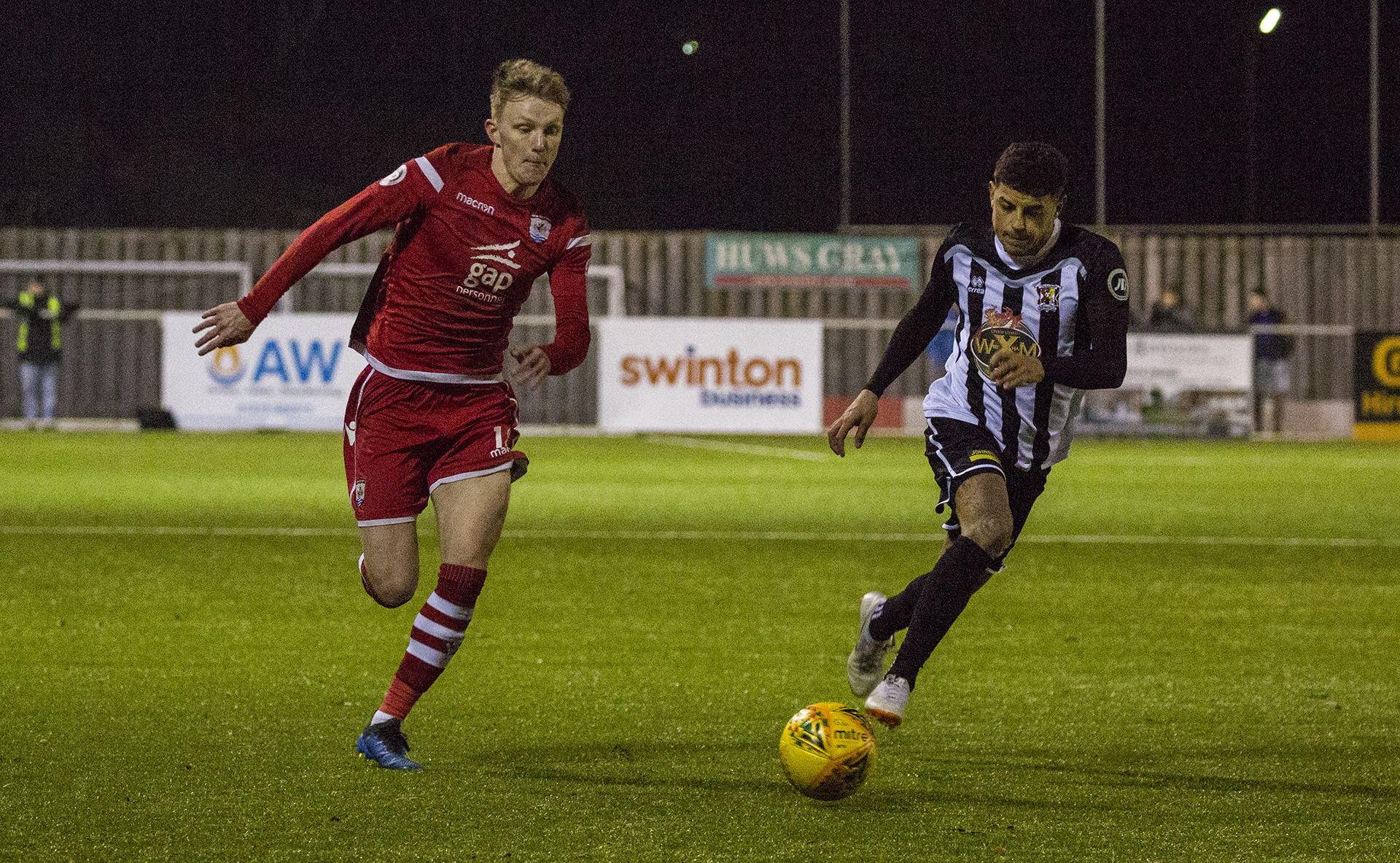 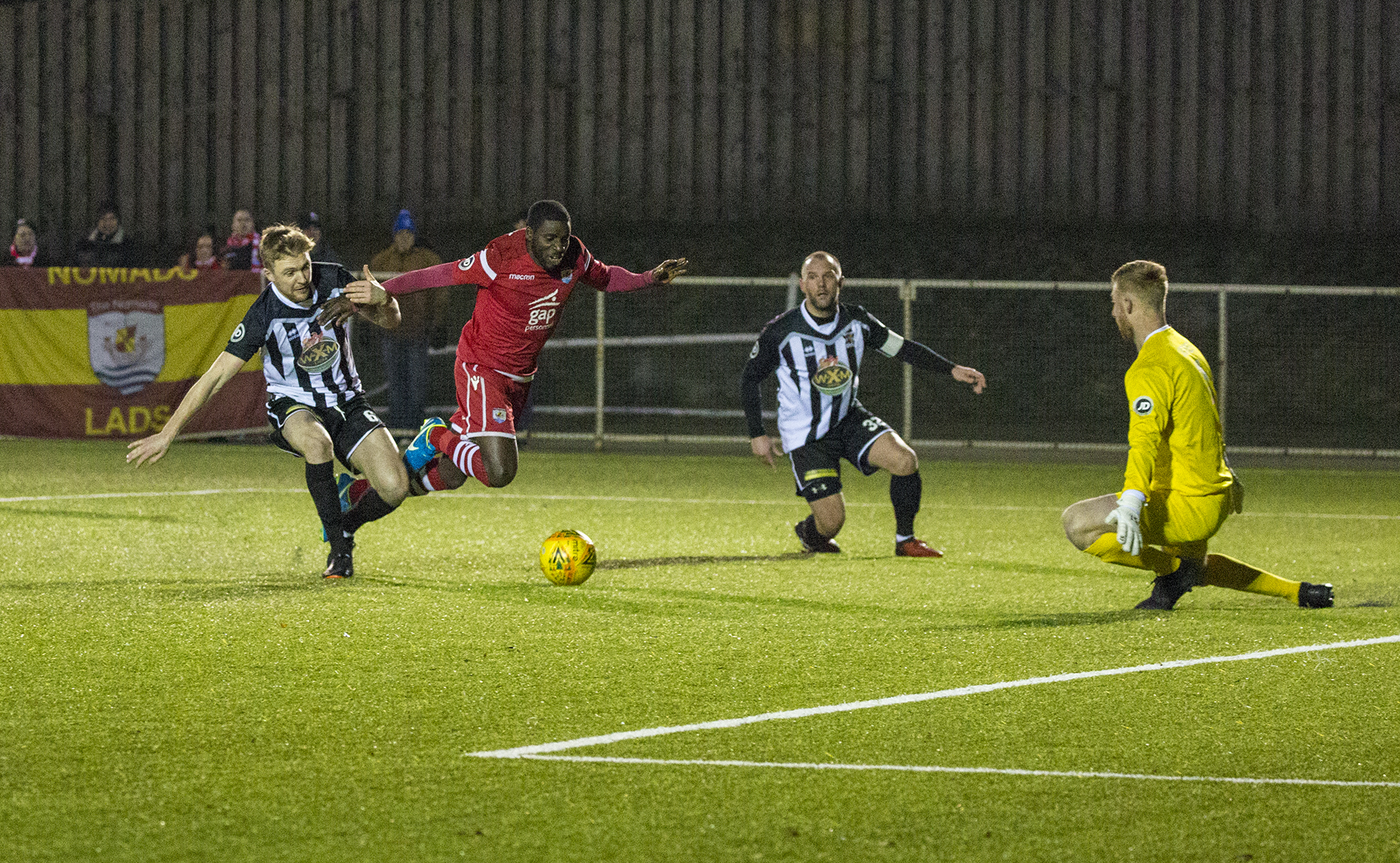 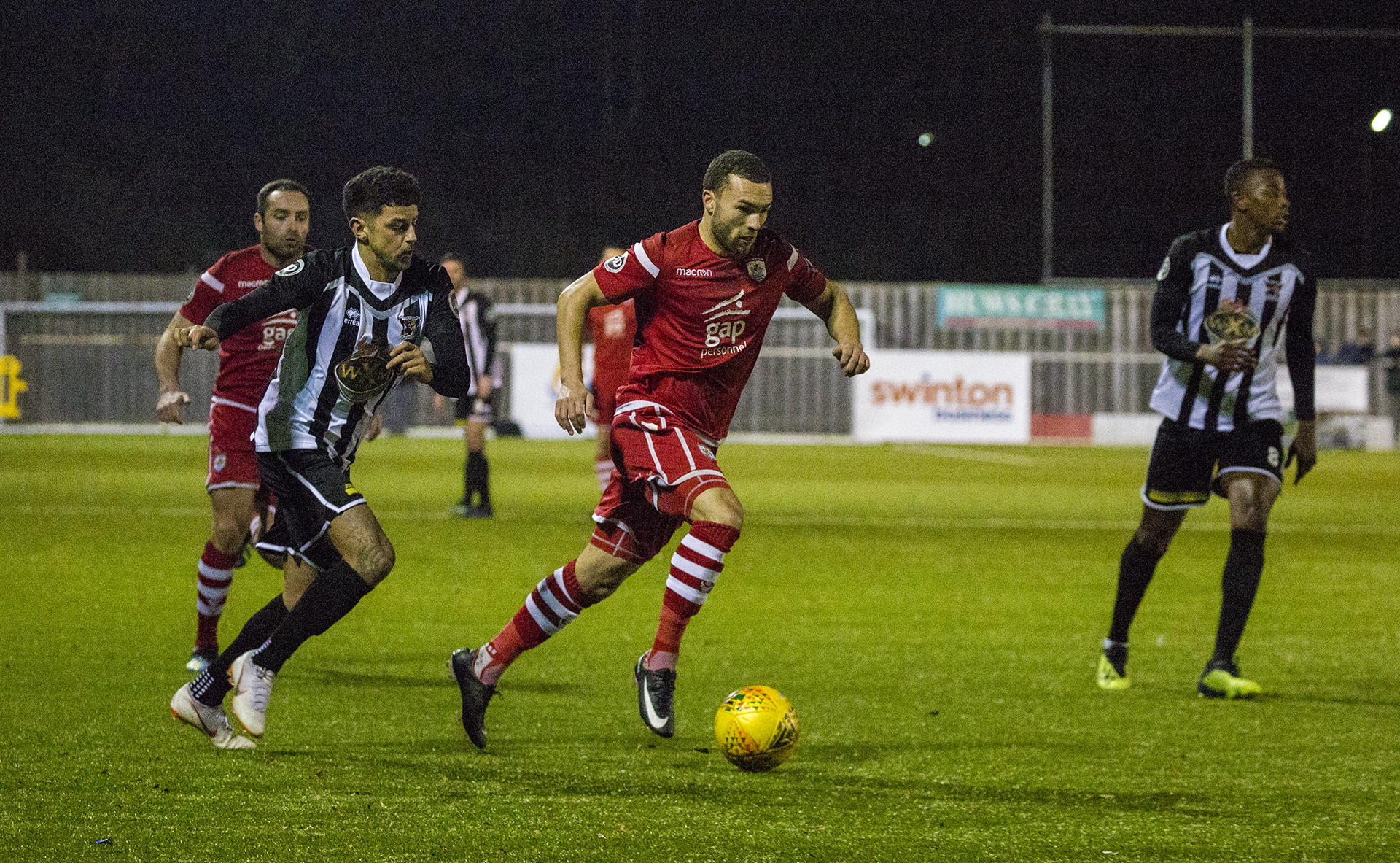