Harwood the hero in late win over Lakesiders

Connah's Quay Nomads secured a 1-0 victory over Bala Town on Tuesday evening thanks to an 89th minute winner from Conor Harwood.

Much of the game was a stalemate, but 19 year old academy graduate Harwood headed home a Rob Hughes cross to send Nomads top of the JD Welsh Premier League table.

The match was Nomads' second game in four days, and one of their three games to be played in six days as part of a packed fixture list for Andy Morrison's men.

Following a 1-1 draw with Barry Town on Saturday evening, Andy Morrison made only one change as Priestley Farquharson made way for captain George Horan, who returned from suspension to make his 400th JD Welsh Premier appearance.

Bala Town, who also came into the game off the back of a point having drew 2-2 with Newtown, started former Nomads defender Sean Smith in addition to star men Henry Jones and Steven Tames.

The game began to little action as both sides measured each other up in a fashion typical of Connah's Quay and Bala's recently tight affairs, which have often been decided by a solitary goal.

Nomads quickly started to earn set pieces in the Lakesiders' half, with a 7th minute corner kick from Jake Phillips just evading the rising George Horan, who was hunting a goal to mark his milestone appearance.

The hosts' attacking continued, with Michael Bakare pulling off a dummy on the wing in the 12th minute allowing him to run down the left wing, before Callum Morris saw a 12 yard volley saved by goalkeeper Ashley Morris.

After 30 minutes, Bala enjoyed their first major chance of the game when a Henry Jones free kick, 25 yards out on the left wing, was whipped towards the top right corner with Danby doing well to tip the effort out.

Despite Nomads threatening through the likes of Bakare, Morris and Owens for much of the half, it was Bala who nearly found the opener with a 42nd minute free kick sent just wide of the right post, before a Chris Venables shot from 12 yards out in the 44th glanced across the goal line.

During the break, Andy Morrison rung the changes with a double substitution, replacing Andy Owens and Jake Phillips with Rob Hughes and Jay Owen.

After the restart Nomads again set up in the Bala half winning a throw in, before Bala's Sean Smith was denied by the woodwork as he sent a powerful 25 yard effort against the crossbar.

Substitute Rob Hughes got involved in his side's search for an opener with a 55th minute free kick around 30 yards out, which he sent just above the crossbar.

Two minutes later George Horan saw a chance go amiss when from a long range free kick the ball to him just six yards from the goal, only for a defender to clear before he could connect with it.

And in the 61st minute, Nomads again went close when Michael Bakare teed the ball up in the Bala area before firing over from just eight yards out.

With 20 minutes left the game was still in deadlock, leading Andy Morrison to make an inspired substitution when he replaced Bakare with Nomads' own Conor Harwood, who started his career at the club aged just 14.

The stalemate continued into the final stages of the game, and with neither side able to find a way past their respective defences, it looked as if both would have to settle with a point.

But after a free kick from Adam Barton was flicked on by Jay Owen, allowing Rob Hughes to send a cross into the area, Harwood headed the ball into the left side of the Bala net from around six yards out in the 89th minute.

After three additional minutes of injury time, Nomads' late victory was confirmed, sending them top of the league and two points clear of TNS, just 24 hours after they had leapfrogged Nomads to occupy first.

Nomads' next fixture is on Friday night at Caernarfon Town, as they face Sean Eardley's side in the JD Welsh Cup quarter final for a 7:45pm kick off, with the game also being streamed live on Sgorio's Facebook page. 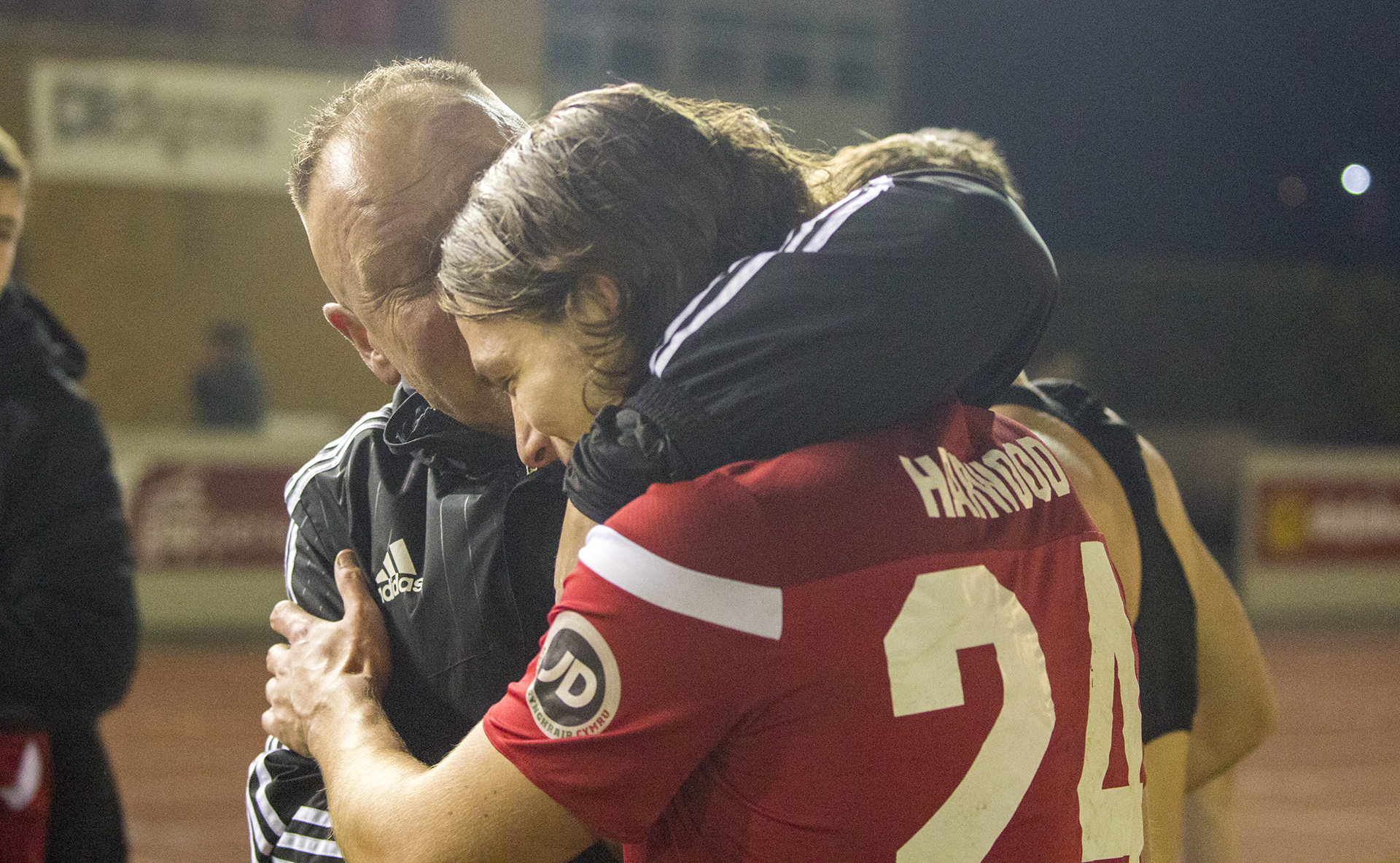 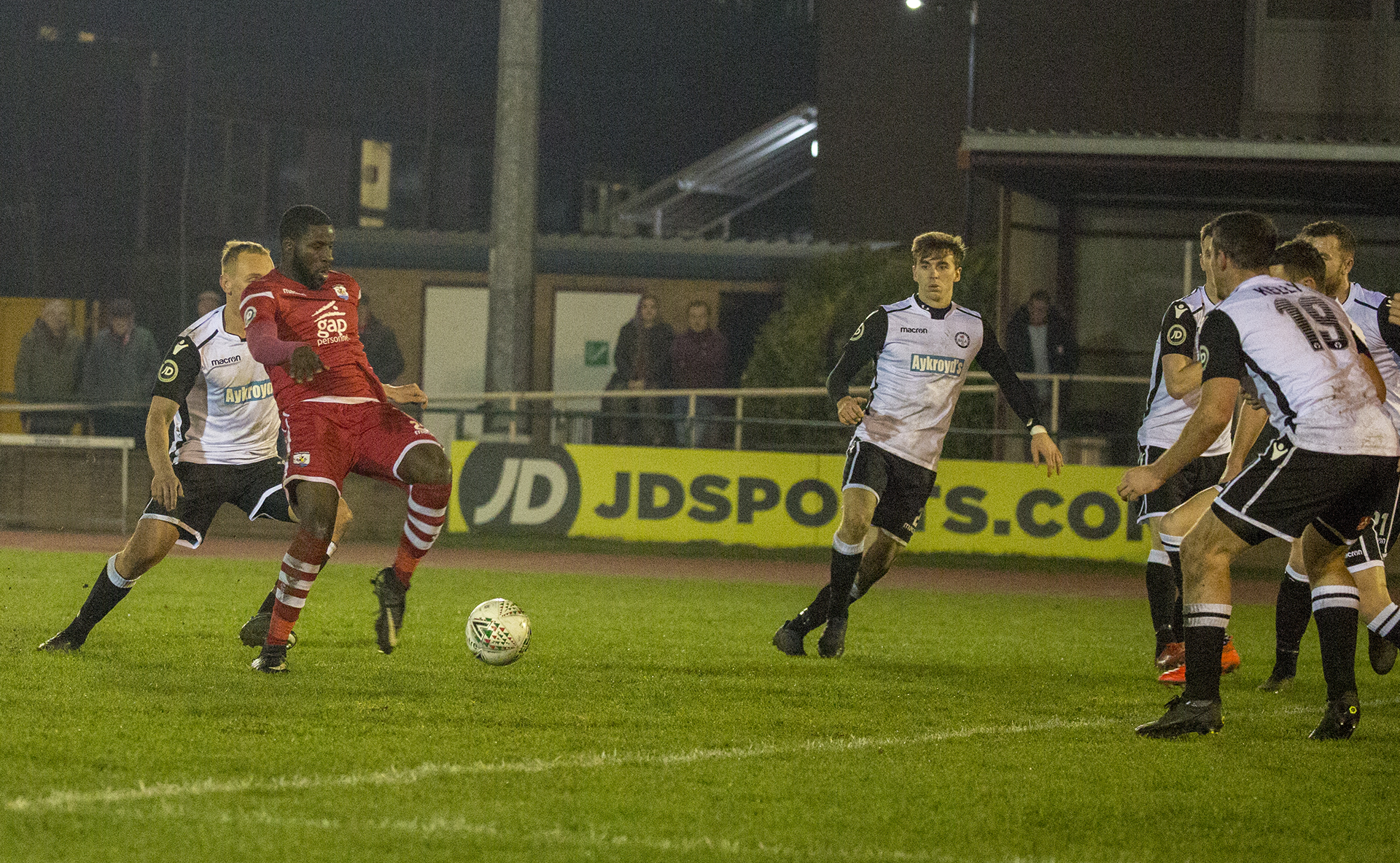 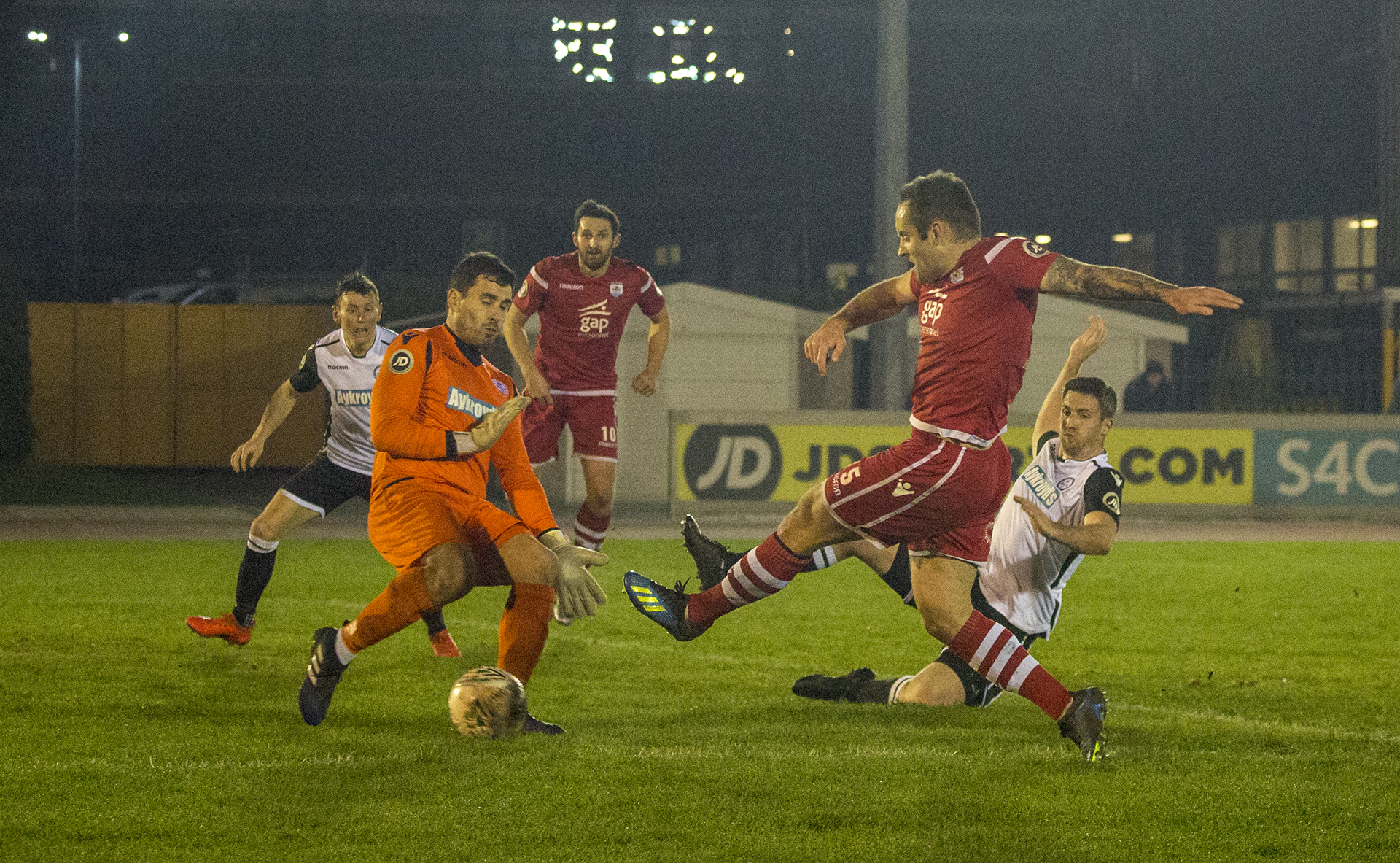 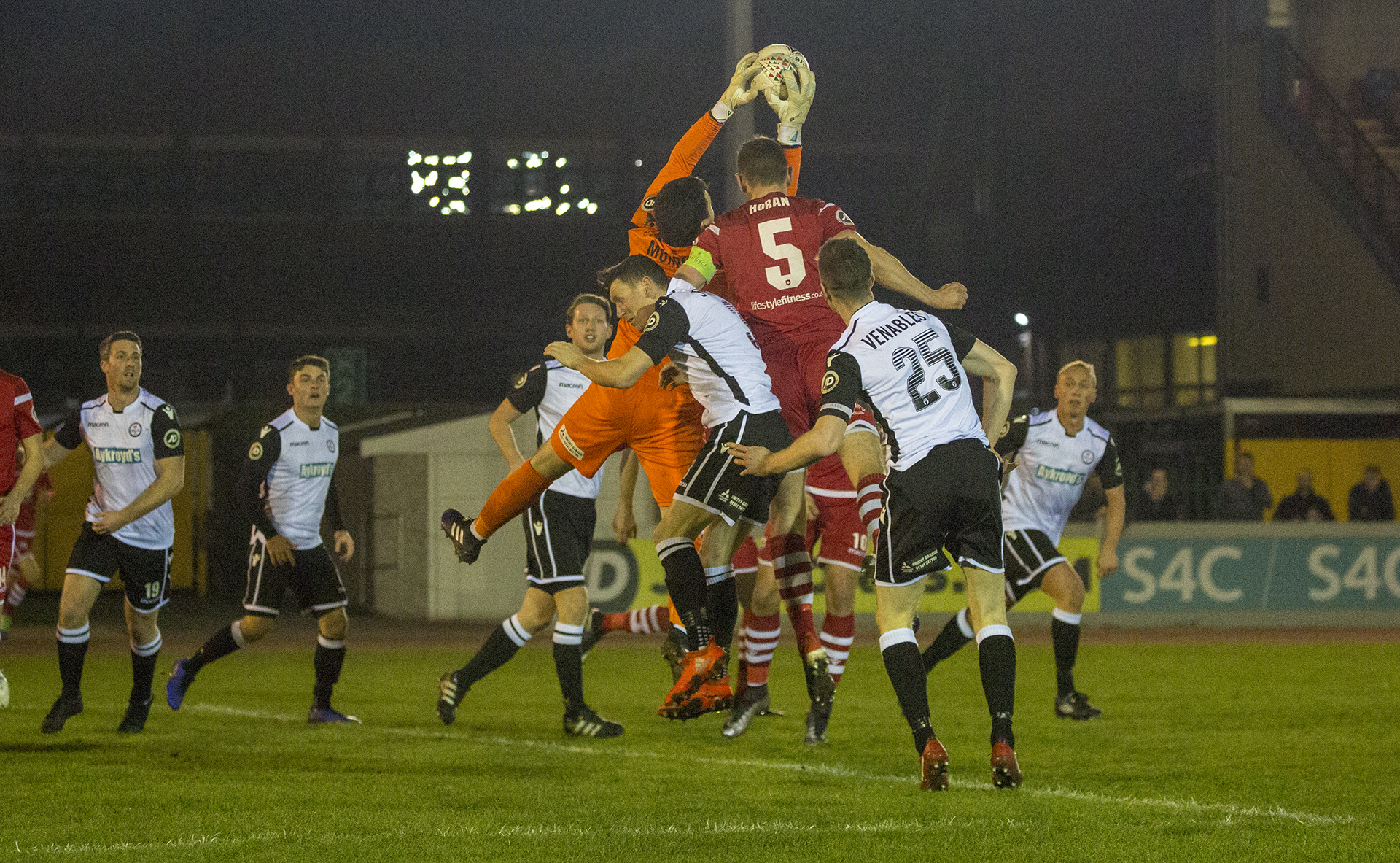 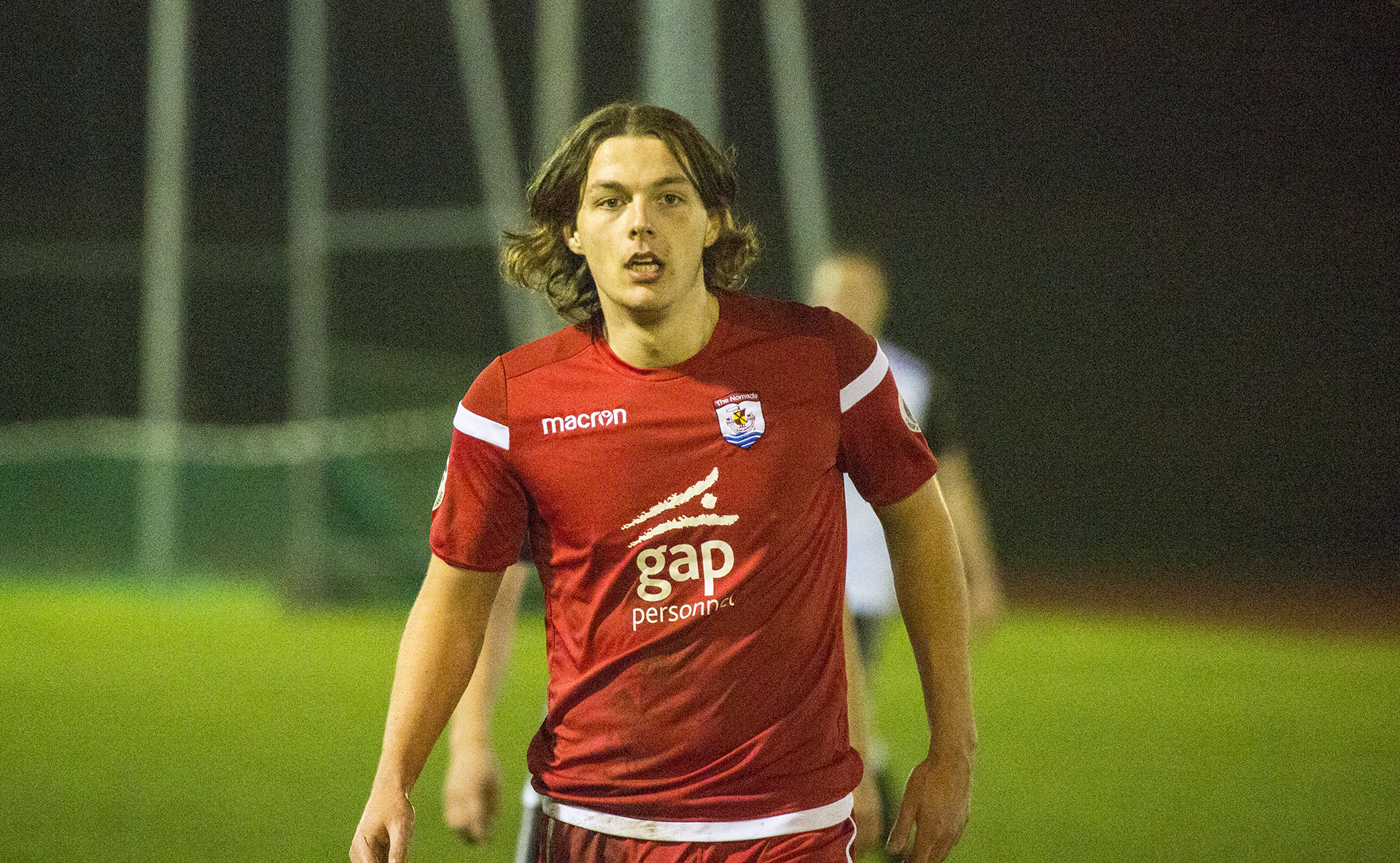