Connah's Quay Nomads lost out 1-0 to The New Saints on Friday evening in their final game of the JD Welsh Premier League season.

The fixture marked Nomads' last regular season game of 2018/19, but their campaign was already all but over, as they had already secured second in the league via their highest ever points and goals scored tallies.

They had fought for the JD Welsh Premier League title with their opponents, The New Saints, for much of the season, but an unbeaten Phase Two had handed TNS their eighth consecutive title in the previous week.

Although there was little else but pride to play for on the night, the match was a dress rehearsal for the JD Welsh Cup final, as the Nomads meet TNS again at Cefn Druids' The Rock stadium next week.

Both sides made changes to their line up in order to give key players rest, with Andy Morrison making four changes, which included replacing John Danby with Lewis Brass in goal, and starting Jake Phillips in place of captain George Horan.

The New Saints handed starts to Kane Lewis and Jack Bodenham, with the league's golden boot winner elect Greg Draper leading the line for the hosts.

The Nomads won some deep throw ins in the TNS half in the opening minutes of the game, with Priestley Farquharson going close in the fifth when from Jake Phillips' delivery, he had a shot blocked from just eight yards out.

On 10 minutes a stray pass towards the TNS keeper Harrison was nearly pounced on by forward Jamie Insall, but Harrison stepped up to clear the danger. Insall returned to threaten in the 13th minute, going on a good run to the edge of the TNS area, seeing his shot deflect out for a corner.

The Nomads enjoyed a strong first 15 minutes, with the hosts rarely threatening their goal until the 18th, when a slick passing move saw Mullan send a shot glancing across the goal mouth from just six yards.

But on 23 minutes, the deadlock was broken by The New Saints when a foul in the Nomads' area on Tom Holland by Danny Holmes saw referee Dean John point to the penalty spot. Greg Draper stepped up and sent his effort high into the goal, making it 1-0 to TNS.

Following the opener TNS looked to establish a hold on the game, winning a free kick in a dangerous position 25 yards out from the Nomads goal in the 27th. Daniel Redmond stepped up to take the set piece, but sent it out and wide for a goal kick.

Nomads were looking for a way back into the proceedings, seeing Callum Morris flick a Jake Phillips throw in near the TNS six yard box in the 33rd minute, with no red shirt there to send it goalwards.

The latter stage of the first half saw TNS enjoy the majority of the possession as they looked to their quick passing game to create chances in the Nomads' final third, with the likes of John Disney and Priestley Farquharson working hard to keep them at bay.

As the interval approached, Michael Bakare searched for a equaliser on the stroke of half time when he beat two defenders to cross to Owens, but the delivery was just too high for him to get a header on the ball.

Half time saw the Nomads go in trailing 1-0 with a Greg Draper penalty the difference in an otherwise even half with few major chances.

The second half commenced and TNS immediately put the pressure on, with a good sliding block from Danny Holmes denying Draper a chance on goal from six yards out in the 50th minute.

In the 56th, Jake Phillips' set pieces were at work for Nomads, with his long throw in winning a corner kick which was countered by TNS, before a good tackle from Declan Poole stopped Ryan Brobbel from dribbling into the final third.

Just before the hour mark, Nomads' first substitution was made with Andy Owens replaced by Michael Wilde as they looked to regain some control of the encounter. They went close in the 62nd, with Bakare skilfully dribbling to the byline and sending a cross close to the TNS goal where it was headed away.

10 minutes later Jake Phillips was in action again, sending a long throw in into the TNS six yard box in the 72nd with TNS managing to clear the danger.

With 15 minutes remaining, the Nomads were facing an uphill challenge to get something from the game with TNS managing the affair well. Nathan Woolfe came on in place of Jamie Insall as they continued to look for the elusive equaliser.

In the 78th minute Michael Bakare had two chances in the space of 60 seconds, running with 15 yards of the TNS goal before being tackled, with a subsequent cross from Declan Poole going to him in front of goal only for his header attempt to go wide.

With 10 minutes remaining The New Saints went on a late push for a second, with a well timed interception from Farquharson in the 84th denying Cieslewicz a clear chance on goal.

A final change from Nomads saw Jonny Spittle replace Jake Phillips, but despite their battles throughout an additional three minutes of injury time, TNS saw the game out to claim victory.

The Nomads now meet The New Saints in the much anticipated JD Welsh Cup final next Sunday 5 May for a 14:45 kick off at Cefn Druids' The Rock stadium. 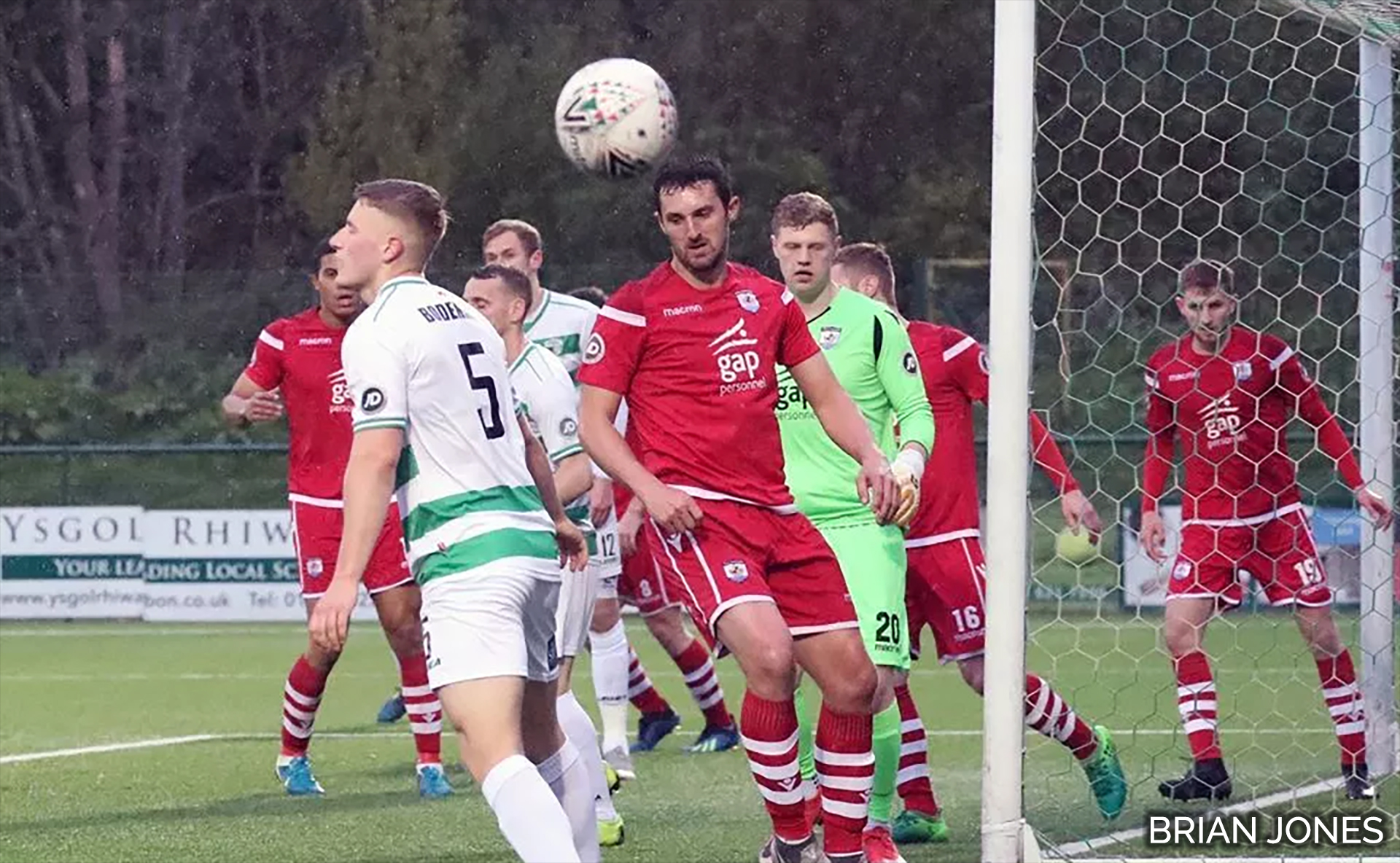