Connah's Quay Nomads reached the final of the JD Welsh Cup with a 3-0 win over Cardiff Met FC in the semi final on Sunday afternoon.

First half goals from Callum Morris and Michael Bakare sent the Nomads ahead, with a second half strike from John Disney securing both a JD Welsh Cup final place and qualification for Europe.

The game was one of the biggest of the season for Nomads, as it presented them with the chance to guarantee their fourth consecutive qualification for Europe and, as the defending champions, reach their second JD Welsh Cup final in two seasons.

Their semi final opponents were Cardiff Met, who they had already met three times previously in the season so far, defeating them both home and away in the JD Welsh Premier League, but losing out in the Nathaniel MG Cup semi finals with Christian Edwards' side sealing a 1-0 win at Deeside to go onto the win the cup in the final.

In the previous week Nomads had made history as the first ever Welsh team to play in the Irn Bru Cup final, having led 1-0 against Scottish Championship leaders Ross County up until the 77th minute when they equalised and went onto win the final by three goals to one.

Cardiff Met were meanwhile in good form, sitting in the playoff position of 7th having won their last two games against Llanelli and Carmarthen Town.

The match, streamed live on Facebook by Sgorio, kicked off with Cardiff Met going at goal first. After winning a throw in and free kick inside in the Nomads; half the first five minutes, Eliot Evans went close in the 8th when he dragged a square ball from Will Evans just past the right post.

With 15 minutes played the Nomads had soaked up the early pressure from Cardiff Met, with Michael Bakare threatening in the 16th via a cross close to the goal line before the offside flag went up to halt the chance.

There was end to end play in the 19th minute, when a Nomads corner was countered by Cardiff, seeing them rush into Connah's Quay's final third only to have a cross headed away by John Disney.

The deadlock was broken in the 22nd minute after Andy Owens won a penalty, having been brought down in the Met area by Emlyn Lewis after getting onto the end of a good pass from Rob Hughes.

Nomads' nominated spot kick taker Callum Morris stepped up, and made no mistake to give Andy Morrison's side a 1-0 lead.

And seven minutes later they made it 2-0, with Hughes again involved with a slick cross into the Met end which was parried away by Met goalkeeper Will Fuller.

But despite his initial save, the ball bounced to Bakare who fired home a half volley from around seven yards out.

With 30 minutes played Nomads were in control of the encounter with Cardiff Met still continuing to create opportunities which were dealt with thanks to composed defensive performances from the likes of captain George Horan and Priestley Farquharson.

In the 35th minute Adam Roscrow went close to trying to reduce the deficit for his side, but he was stopped by the offside flag.

Two minutes later, Rob Hughes tried his luck at goal with a free kick from 25 yards out, and while his effort was on target, it was safely collected by keeper Fuller.

In the 42nd minute, Nomads were denied a third when Rob Hughes headed at the Met goal from close range only to see his effort pushed away by Fuller's fingertips.

And Hughes' header was the last chance of the half, with Nomads taking a 2-0 lead in at half time knowing they were 45 minutes away from Europe and a place in the prestigious JD Welsh Cup final.

The second half got underway with Nomads introducing Declan Poole in place of Callum Morris in a half time substitution.

Just five minutes after the restart, Met went close when Eliot Evans got into the Nomads area and sent a low effort towards goal, which John Danby pushed away to see it hit his left post and rebound back to him safely.

Met kept the pressure on Nomads after Evans' chance, with Connah's Quay hitting back to score from a well worked counter attack in the 56th minute.

After Bakare won possession from Met in his own area, he played the ball to Rob Hughes who raced down the left wing to send a cross to John Disney, who sprinted from the Nomads' end to score with a first time strike from close range.

With an hour of the JD Welsh Cup semi final played and the Nomads 3-0 up, they deployed a composed display of game management to consolidate their lead in the remaining 30 minutes.

Andy Morrison's second change saw Jay Owen introduced in place of Rob Hughes as Nomads continued to fend off Cardiff Met attacks, with Farquharson making a great tackle to keep them at bay in the 68th minute.

And Farquharson was again in action in the 72nd minute, with the young centre half making a vital clearance after a 25 yard free kick was sent into the Nomads' area by Met.

There were chances for both sides inside the final 10 minutes, as Michael Bakare had a powerful effort from around 10 yards out saved by Fuller, with Cardiff Met again seeing an effort hit the woodwork as Roscrow headed off the crossbar in the 86th minute.

After three additional minutes of injury time, referee Iwan Griffiths signalled for full time to confirm the Nomads' place in the final of the JD Welsh Cup.

The victory makes more club history with the Nomads securing back to back JD Welsh Cup finals for the first time ever.

And as both they and final opponents The New Saints have already guaranteed a top three finish, it means Nomads will play in Europe next season as the JD Welsh Cup's Europa League place will now go to the third place finishing team in the JD Welsh Premier.

The JD Welsh Cup final will take place on Sunday 5 May for a 14:45 kick off at a venue to be announced in due course.

The Nomads now turn their attentions to their end of the season run in, which sees them travel to Caernarfon Town next Friday night for a 7:45pm kick off, with the game also streamed live on Sgorio's Facebook page. 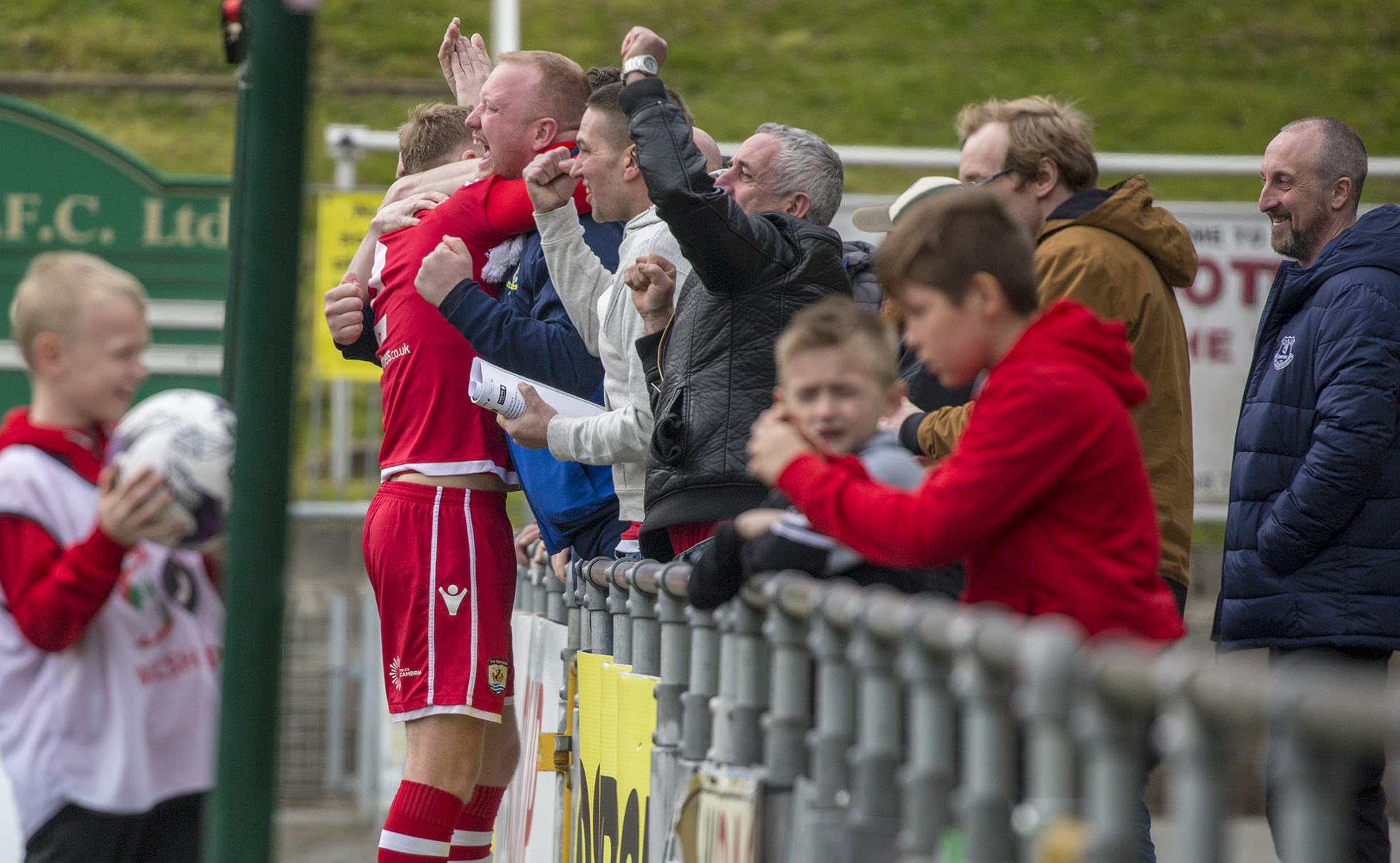 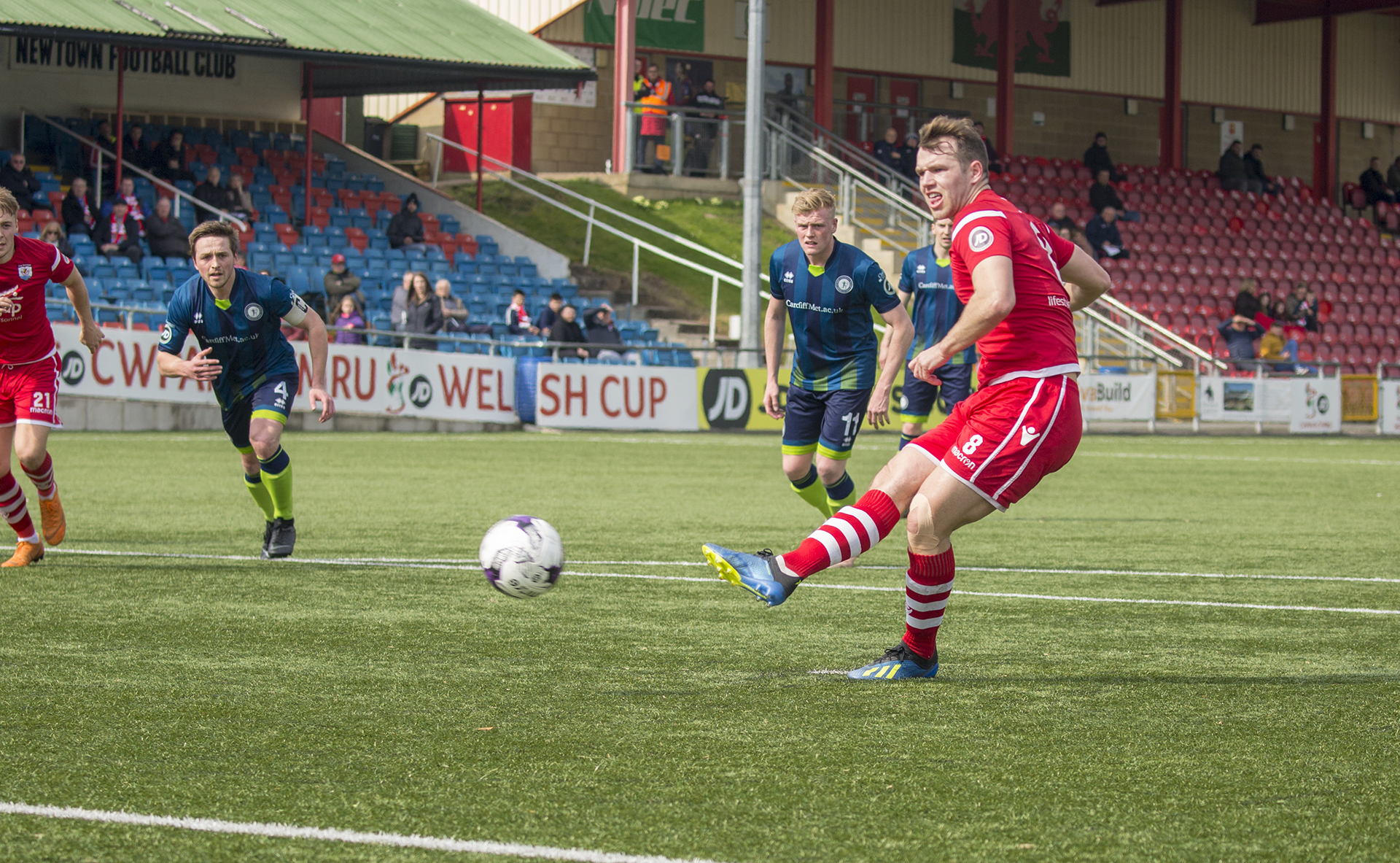 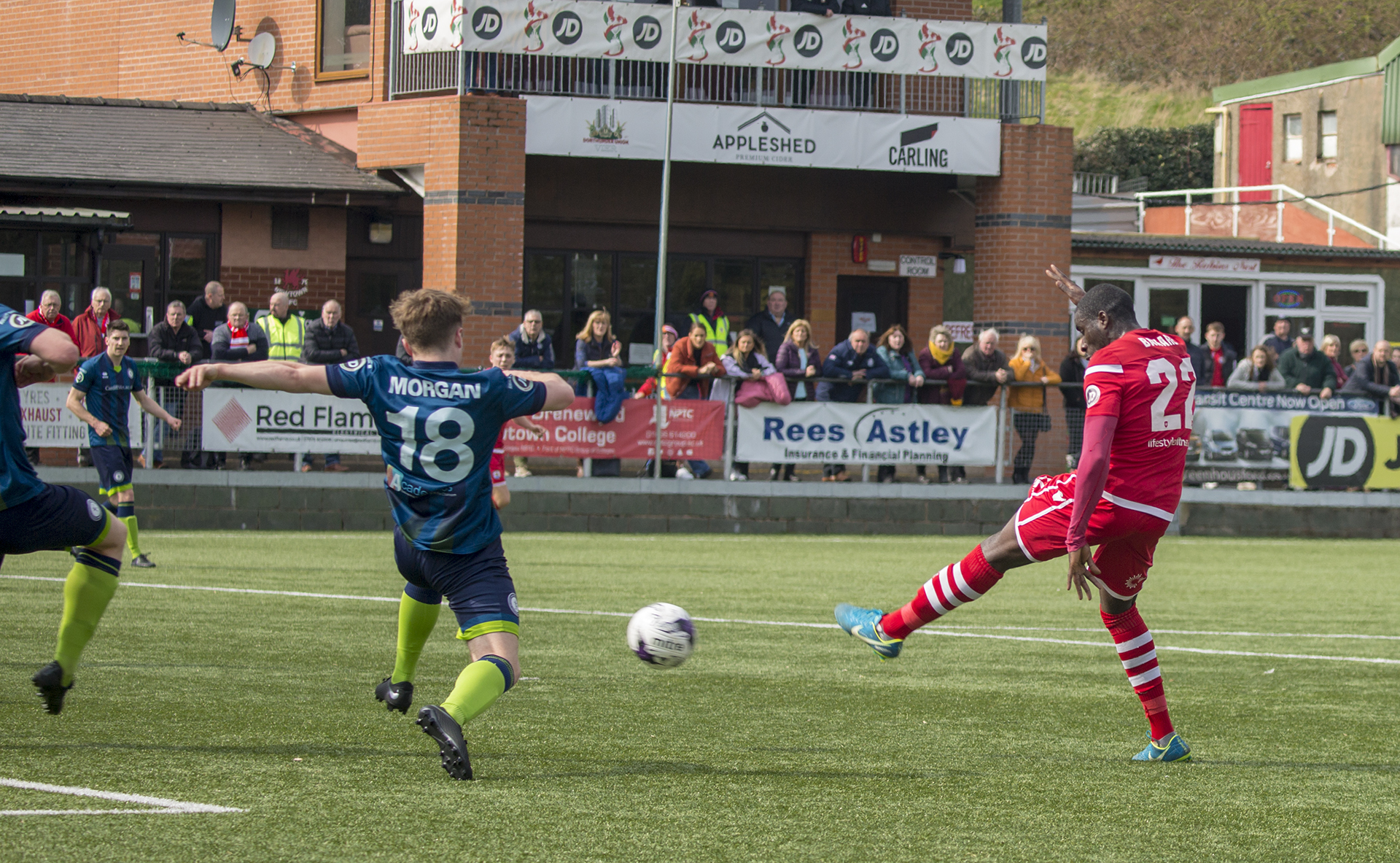 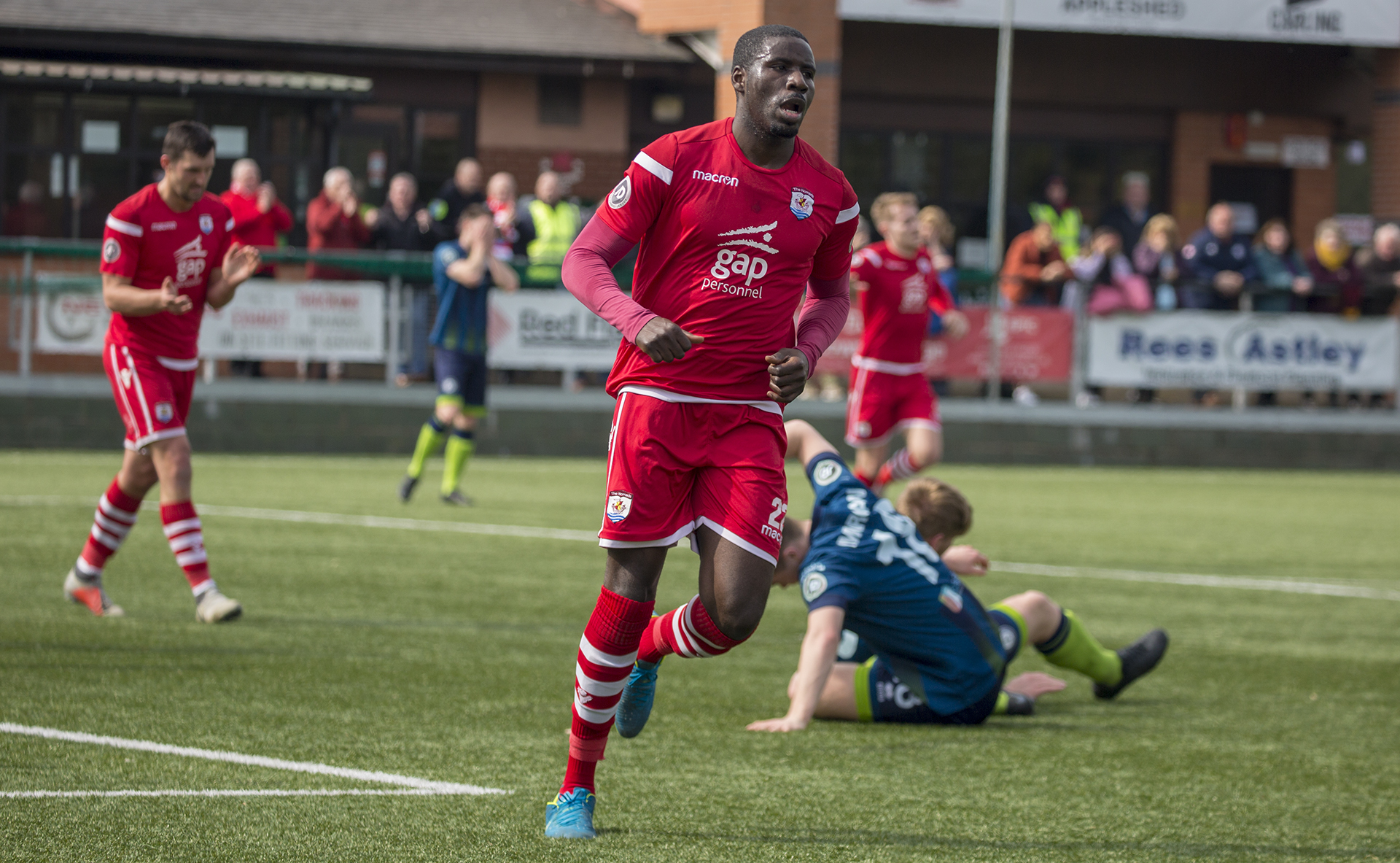 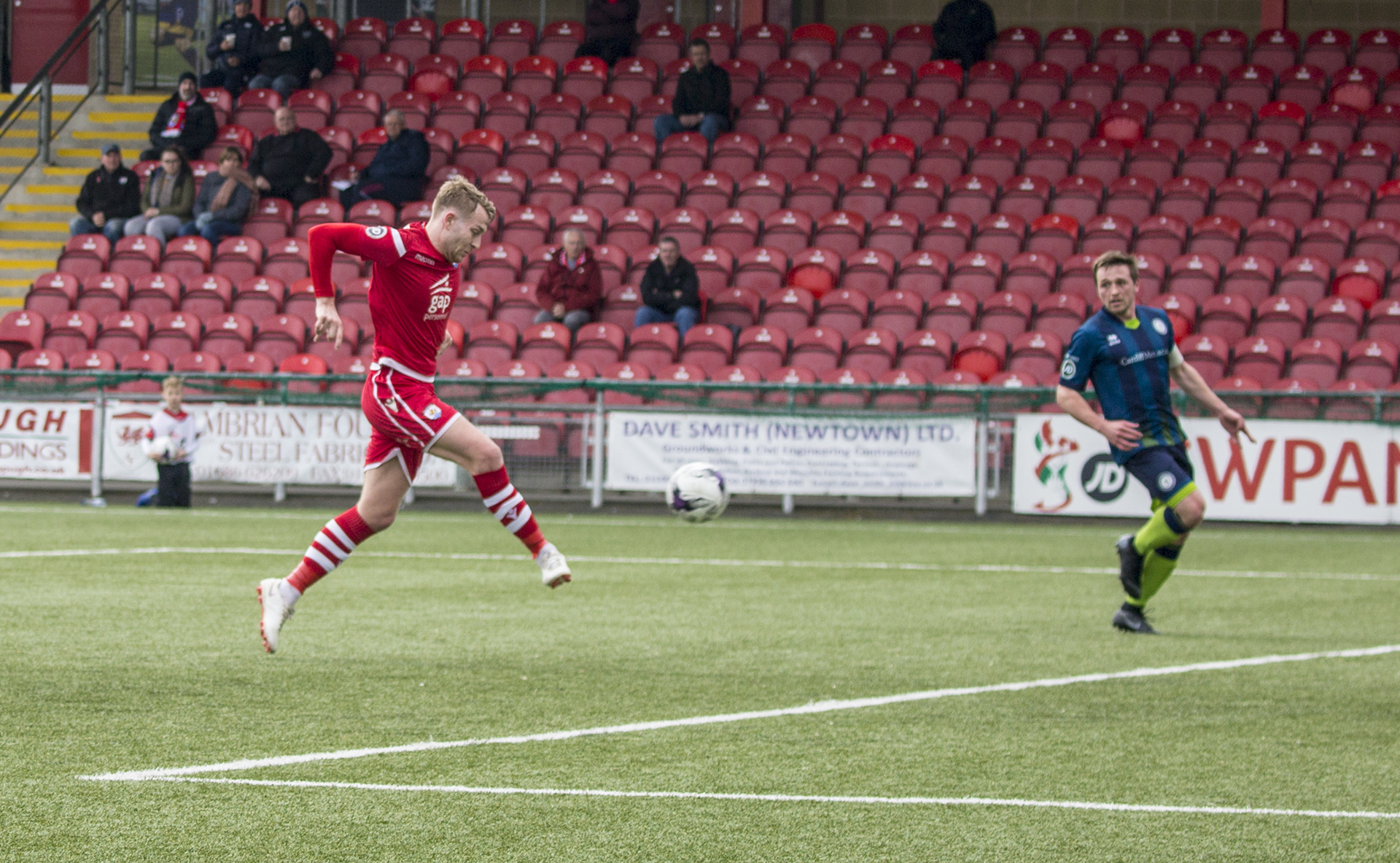