Connah's Quay Nomads kicked off their 2019/20 pre season campaign with a goalless draw against the Isle of Man FA national side at Airbus UK FC's Hollingsworth Group Stadium on Saturday afternoon.

The game marked the official opening of the Nomads' 2019/20 pre season campaign, with the club set to find out its Europa League first qualifying round opponent, who they will play over two legs on July 11 and 18, at Tuesday's UEFA draw in Nyon, Switzerland.

The friendly was a reverse of the 2018 pre season, which saw Nomads travel to the Isle of Man and play out a 0-0 draw.

The fixture opened in steady fashion as both sides looked to establish their game plan early on. The Isle of Man looked to put the pressure on Nomads with some aerial balls into their area, but the George Horan-led defence dealt with them.

With 25 minutes played, Callum Roberts made a well time tackled to stop a Isle of Man break into the area, and continued to stand up a strong and athletic attack throughout his time on the pitch.

As the game approached the half hour mark, Michael Wilde ran towards goal as he looked to go one on one with the keeper, but the Isle of Man stopper rushed out to catch the ball as it bounced high.

The first half saw the teams go for goal at regular intervals, but ultimately cancel each out in their efforts to break the deadlock.

The Isle of Man were handed an opportunity to score late on in the 44th minute when they were awarded a free kick just 22 yards from the Nomads' goal, but the set piece went safely to Lewis Brass.

During half time a number of substitutions saw John Disney, Danny Holmes, Callum Morris, Declan Poole, and Tom Weir come on with additional trialists also earning a run out.

Declan Poole soon began to cause problems on the right wing, going close in the 50th minute when he sent an angled effort wide of the goal from around 15 yards out.

Ten minutes into the second half Andy Morrison rung further changes, with Michael Wilde replaced by Conor Harwood, and goalkeeper Eric Merner coming on in place of Lewis Brass.

In the 67th minute, the Isle of Man went close with a shot from around 10 yards glancing wide of the left post, with the likes of Disney and Holmes ensuring their following moves didn't yield a shot on goal.

Jay Owen then tested the opposition's keeper in the 67th with a 15 yard effort, but it was held to ensure the score stayed locked at 0-0.

As the game entered its final stages, Callum Morris nearly flicked a close range strike towards goal on 80 minutes after good work on the right wing from Tom Weir, but the chance was intercepted by the Isle of Man defence.

Morris again threatened to break the deadlock when he received a corner kick in the centre of the Isle of Man area, but couldn't connect with the ball first time, and sent his follow up effort wide.

Despite Nomads' late efforts to find a winner, local referee Nick Pratt signalled for full time to confirm a second consecutive goalless friendly draw for Connah's Quay and the Isle of Man.

Whilst the Isle of Man will head west to play in next week's Island Games, hosted on Anglesey, the Nomads entertain Northern Irish side Cliftonville on Saturday 22 June for a 2pm kick off.

The match will be of specific interest to those following Welsh sides in the Europa League this season, as Cliftonville have been drawn with fellow JD Welsh Premier side Barry Town United in the preliminary qualifying round.

Nomads' attentions meanwhile turn to finding out their own Europa League opponents, who will be revealed this coming Tuesday. Keep an eye on the club website, and social media channels, for coverage of Connah's Quay's fourth consecutive trip to Nyon. 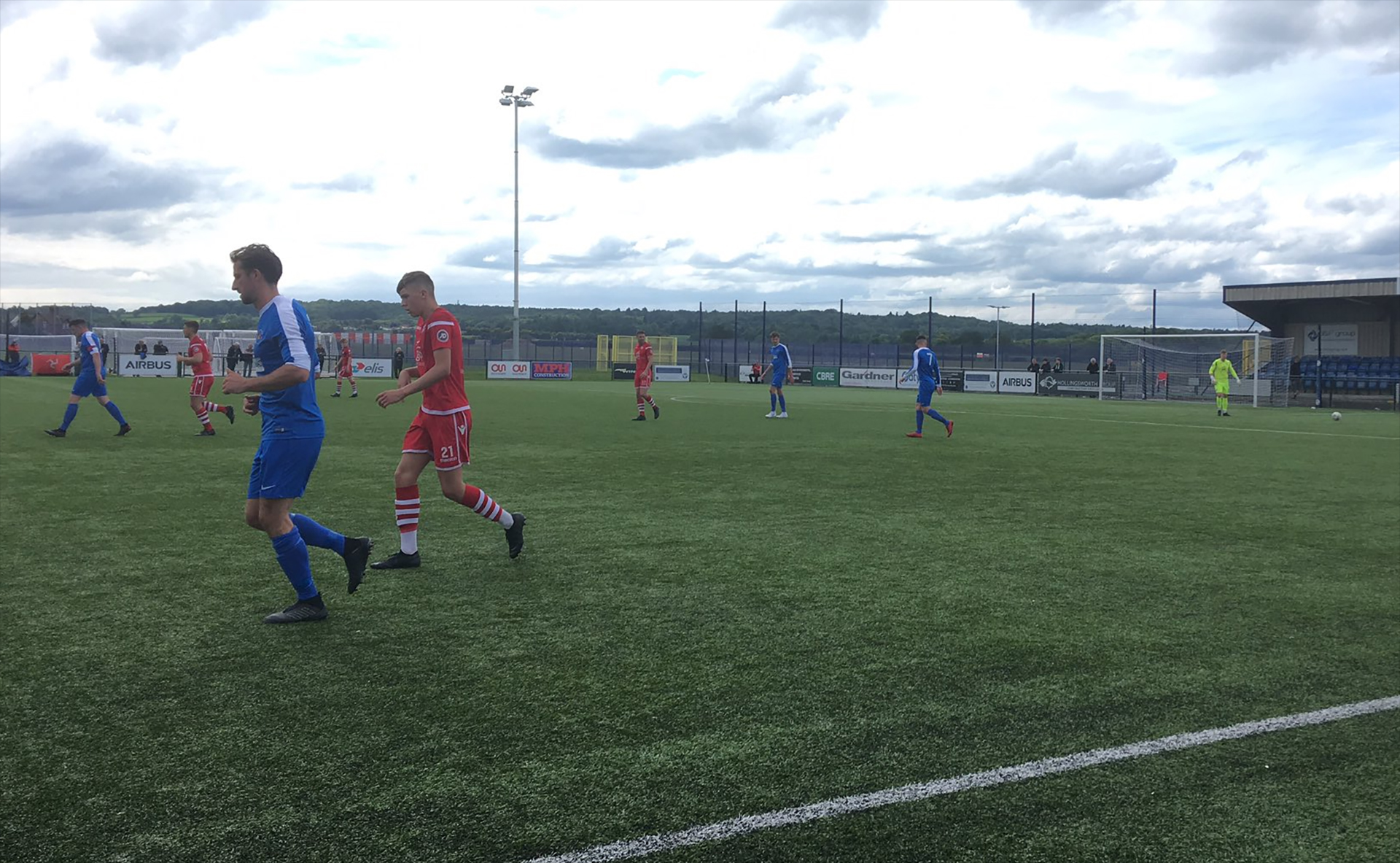