Connah's Quay Nomads played out a goalless draw against Aberdeen on Saturday at Fota Island in Cork.

The pre season friendly was the perfect preparation for Andy Morrison's side, who were just 13 days away from facing Aberdeen's fellow Scottish Premier Football League side Kilmarnock in the Europa League first qualifying round.

Nomads' line up saw summer signing Callum Roberts retain his place in the starting eleven, and Jamie Insall lead the line for Nomads with support from Michael Bakare.

The game began with a fast pace as Aberdeen looked to start their pre season campaign brightly, whilst Nomads, who had previously drawn 0-0 with the Isle of Man FA and beaten Cliftonville 1-0, were looking to build on the momentum from those fixtures.

Andy Morrison's side set up to restrict Aberdeen's advances, and did just that to ensure there were few chances in the opening stage of the friendly.

In the 12th minute, George Horan went close when he connected with a Jay Owen free kick given near to the left corner flag, but his flicked effort went over the goal.

As the half hour mark approached, the likes of captain George Horan and Danny Holmes were continuing to deal with The Dons' fast paced runs into the Nomads' final third.

Meanwhile, Jamie Insall and Michael Bakare were chasing down opportunities upfront, with Insall going close to connecting with a high ball in the Aberdeen area, but goalkeeper Joe Lewis rose to get there first.

With 37 minutes played Michael Bakare delivered an excellent diagonal ball to Callum Roberts on the left wing, who went onto win a throw in Aberdeen's final third.

Priestley Farquharson sent the throw high and long into the area, as he had done throughout the game so far, but it was dealt with by the opposition who cleared the danger.

Andy Morrison made three changes at half time, with Insall, Harrison, and Farquharson departing in place of Michael Wilde, Nathan Woolfe, and John Disney.

The second half started in similar fashion to the first, with a fast pace ensuring both sides got the pre season work out they were counting on.

In the 56th minute Aberdeen sent a low shot towards goal from around 10 yards out, but keeper Lewis Brass denied the effort with a good save.

With 30 minutes of the affair remaining the game was still goalless as Nomads continued to stand up to Aberdeen, who were regularly attacking but without creating any major goalscoring opportunities.

In the 70th minute Andy Morrison replaced Bakare with Ryan Wignall, who having re-signed for the club in the week, got straight into action.

He sent a wicked cross into the Aberdeen area in the 72nd, which was headed towards goal by Michael Wilde and tipped over the crossbar by the keeper.

Wignall was again threatening in the 80th when he intercepted the defence to nearly go clear in front of goal, but was unable to connect with the ball.

As full time neared the game had a healthy competitive edge as both sides looked for a late winner.

In the 85th Aberdeen went close to a winner when they sent a corner into the Nomads' six yard box only for Lewis Brass to push the ball out for another corner which was headed wide.

After Declan Poole was subbed off for academy graduate Tom Weir, Aberdeen had a last gasp chance to score a winner with the last kick of the game - but their strike from around 12 yards out went wide.

The result brings the Nomads' pre-season campaign for the Europa League to a close, with Andy Morrison's side conceding 0 goals in all 270 minutes of pre Europe action.

They now move onto the Europa League first qualifying round, facing Kilmarnock on Thursday 11 July for a 7pm kick off at Rhyl's Belle Vue Stadium. 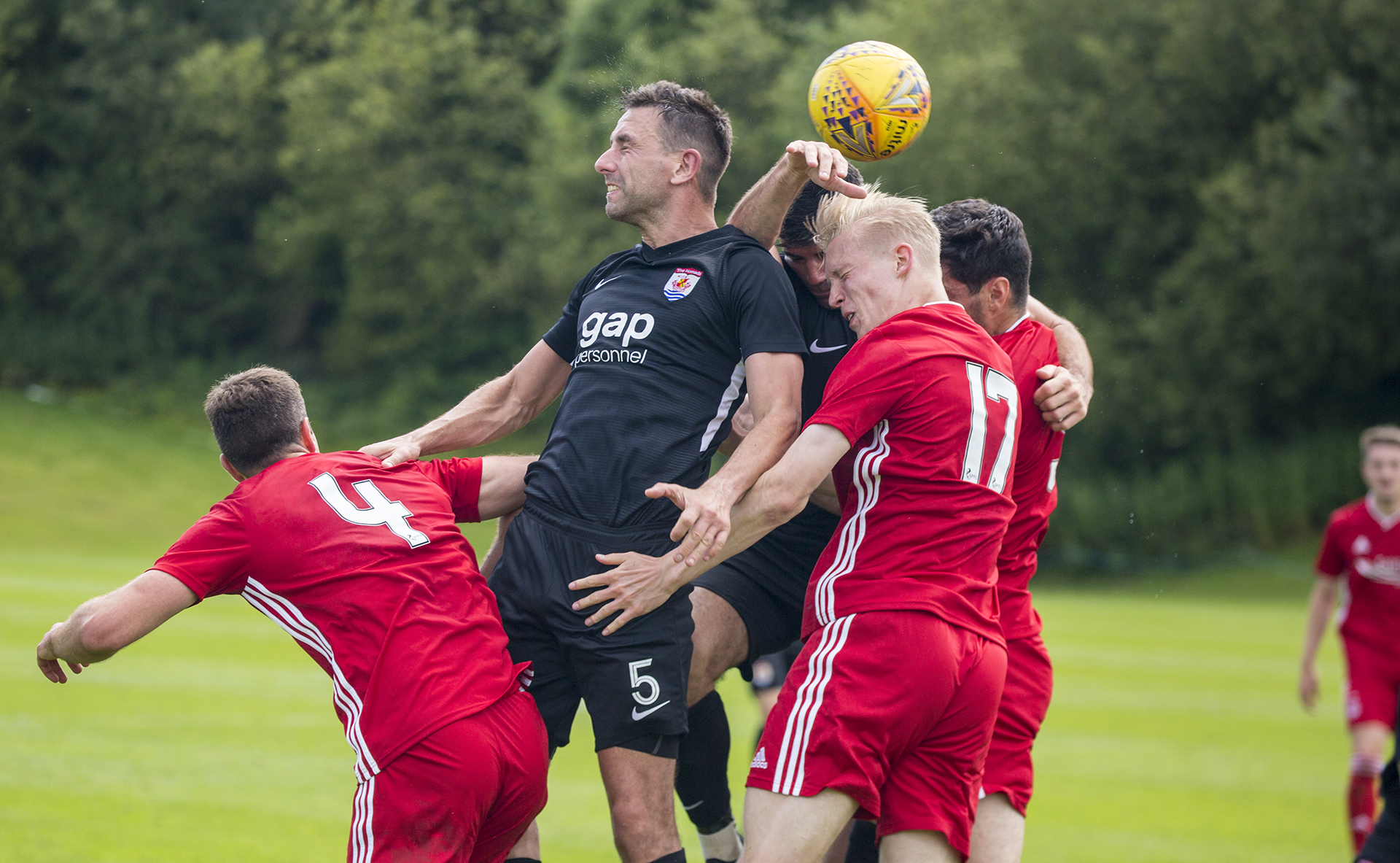 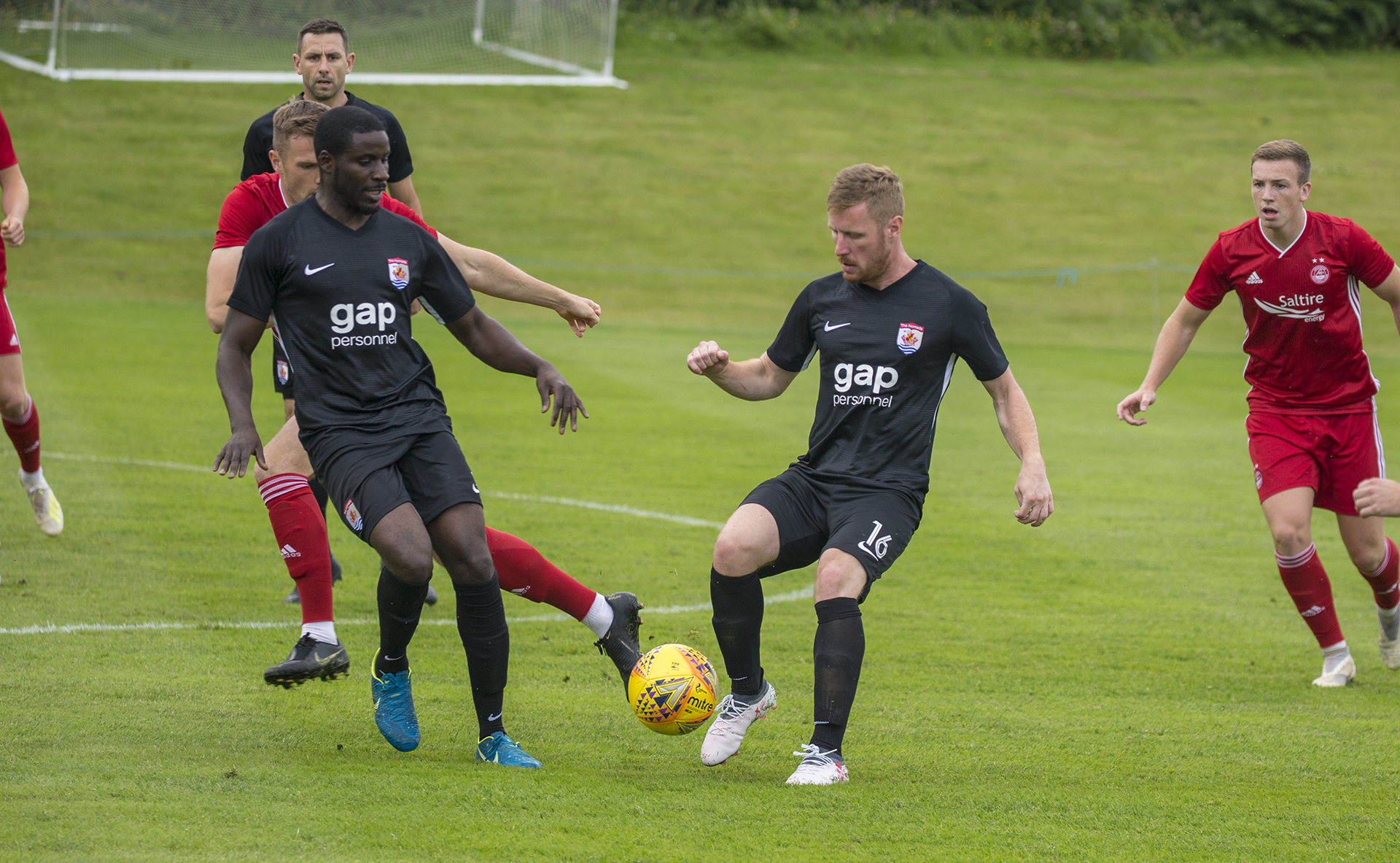 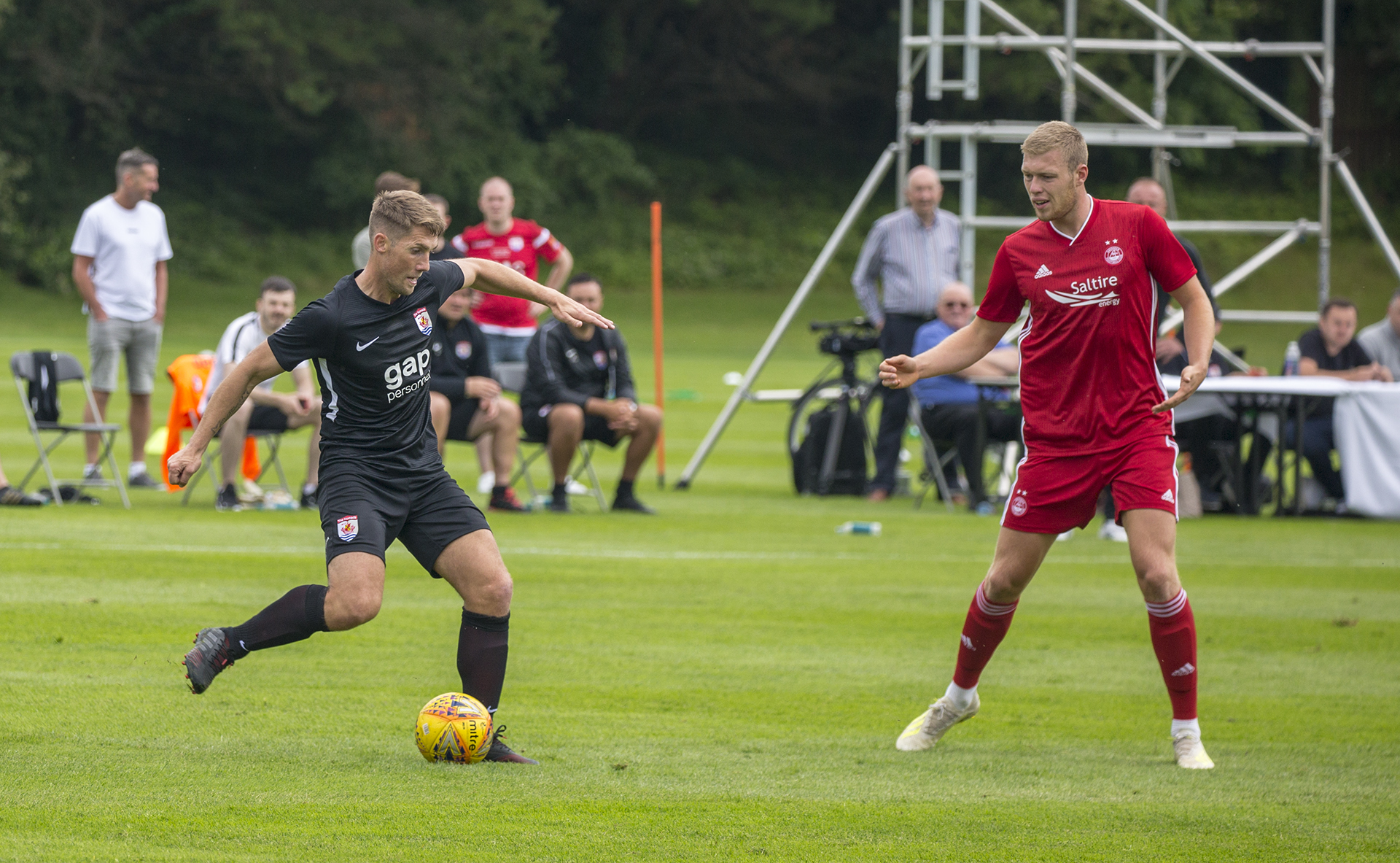 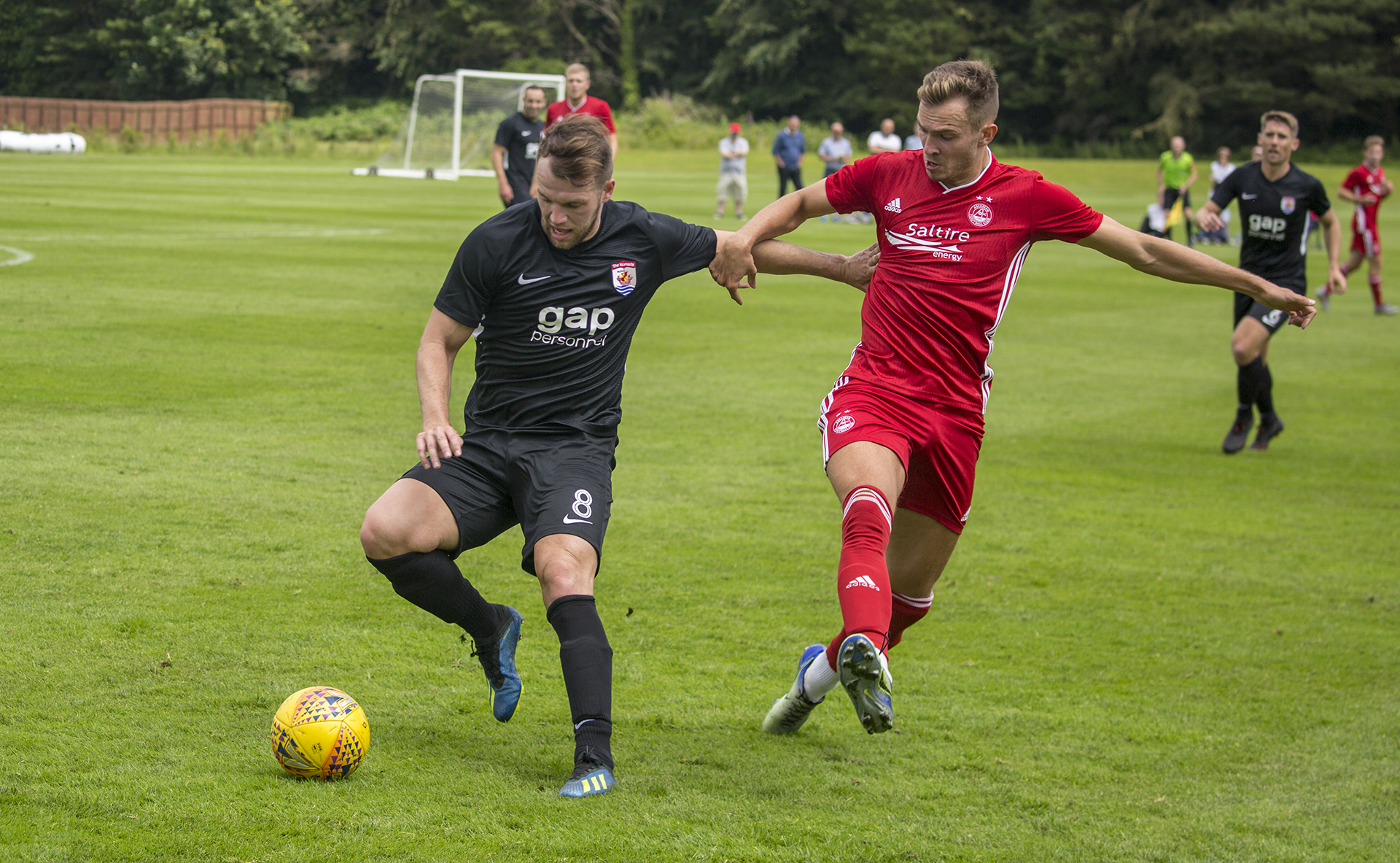 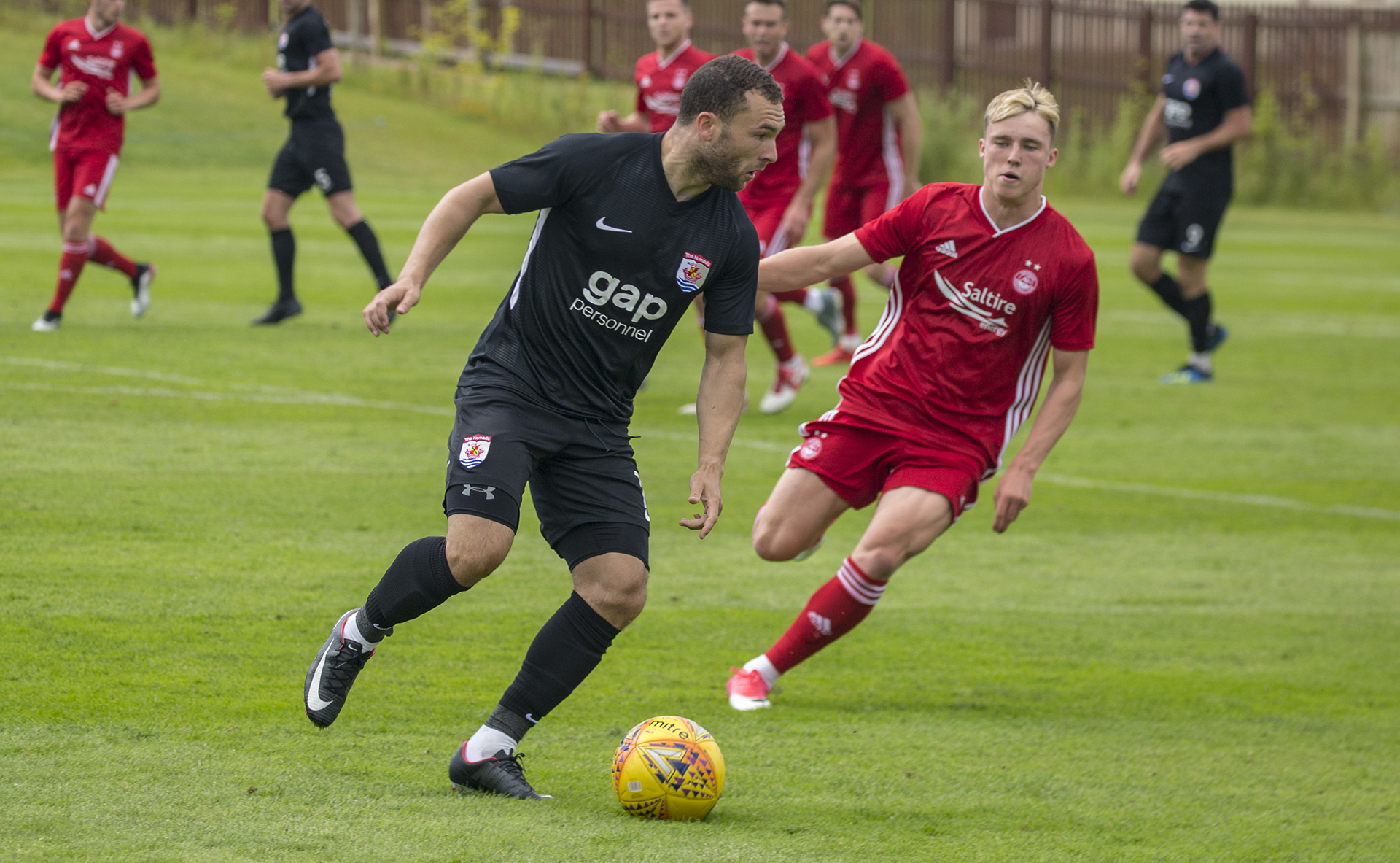