Connah's Quay Nomads kicked off the start of their JD Cymru Premier 2019/20 campaign with a 1-1 draw against Cardiff Met FC on Saturday afternoon.

Second half goals from Jordan Lam and Jamie Insall ensured the spoils were shared at Deeside.

The game marked the official start of The Nomads' league campaign under the all new JD Cymru Premier brand, but was in fact their sixth competitive game of the season following Europa League qualifying round ties against Kilmarnock and FK Partizan, and a 2-0 win over Rhyl in the Nathaniel MG Cup in the previous week.

The opening stages of the game saw instant attacking play from Nomads, with Wilde having a shot just 20 seconds in, and, after a long throw in, Ryan Wignall going close to shooting from only six yards out in the 2nd minute if not for a last minute clearance.

A Michael Wilde half volley from around 10 yards went wide in the 3rd as Nomads persisted with their early offensive play. But Cardiff Met began to yield chances of their own, as Baker had a shot blocked in the 7th minute 10 yards from keeper Lewis Brass' goal.

With 15 minutes played Connah's Quay were continuing to create chances, going on to win a free kick and three consecutive corners in the Met final third. Despite their efforts, none of the set pieces could be converted, as George Horan's 19th minute header from Jay Owen's delivery went wide.

Horan again went close ten minutes later in one of Nomads' best chances of the half, rising up to head a Jay Owen corner kick into the Met goal only to have it blocked by defender Emlyn Lewis.

In the next phase of plan Nomads were handed a great opportunity to find the opener when referee Dean John pointed to the Met penalty spot to the surprise of both sides after a Nomads attack.

Callum Morris stepped up and drove a low effort towards goal, but it was met by the Students' keeper, Will Fuller, with a stop to ensure the scores stayed level.

Boosted by Fuller's save, Met grew into the game and began to attack the Nomads' final third more frequently, bringing Lewis Brass into action in the 36th and 39th minutes when he came off his line to deal with a long throw in and corner kick respectively.

The last clear chance of the half went to the visitors, as Will Evans' 43rd minute cross to Mael Davies was headed wide with a diving effort.

The second half got off to a nightmare start for Nomads, as just three minutes in, Jordan Lam made it 0-1 to Cardiff Met with a close range finish in the 48th minute.

Nomads looked to respond immediately with sustained periods of possession in the Met half, and George Horan rattling the crossbar with a header from a corner in the 51st as they hunted the equaliser.

Andy Morrison then made his first change, replacing Declan Poole with Priestley Farquharson, who won a corner after just two minutes on the field, although the set piece was ruled out for a foul from Horan on a Met defender.

As the hour mark approached frustration was mounting at Deeside, but a free kick from Jay Owen would lead to the equaliser finally arriving.

He sent the set piece, taken from 30 yards out, high into the Met area, where Wilde flicked a header towards the goal line and past Fuller, leaving Jamie Insall to tap in at close range to open his Nomads account.

Nomads' second change then saw Ryan Wignall depart in place of Michael Bakare who injected his pace into Nomads' game in their hunt to take the lead for the first time that afternoon.

After Nomads' goal, the game changed pace as both sides looked for a possible winner. Nomads went closest via Jay Owen in the 71st, when he powered into the Met area and sent a 10 yard shot goalwards which brushed off the right post.

The corner balls continued to come from Nomads, with a 72nd minute delivery from Bakare falling to Morris who from a good position in front of goal could only head wide.

As the game entered its final few minutes there was more drama, with a corner ball from Bakare seeing George Horan have a header cleared off the line by a hoard of Met defenders in the 89th minute.

Just as the game looked to be coming to a close, a minimum of five minutes' injury time was awarding, giving both sides more initiative to grab a late winner.

But despite their efforts, a second goal for either side never came, with Nomads' seeing a 93rd minute strike from Bakare glance across the face of goal and go out by the left post from just seven yards out.

After a well battled second half in which Nomads had fought from 0-1 down and nearly made it 2-1 on multiple occasions, they were forced to settle with a point in their first game of the JD Cymru Premier season.

Connah's Quay Nomads now move onto their double fixtured bank holiday August weekend, facing Caernarfon Town at The Oval for a 7:45pm kick off on Friday 26 August, and Carmarthen Town at home on Monday 26 August for a 2:30pm kick off. 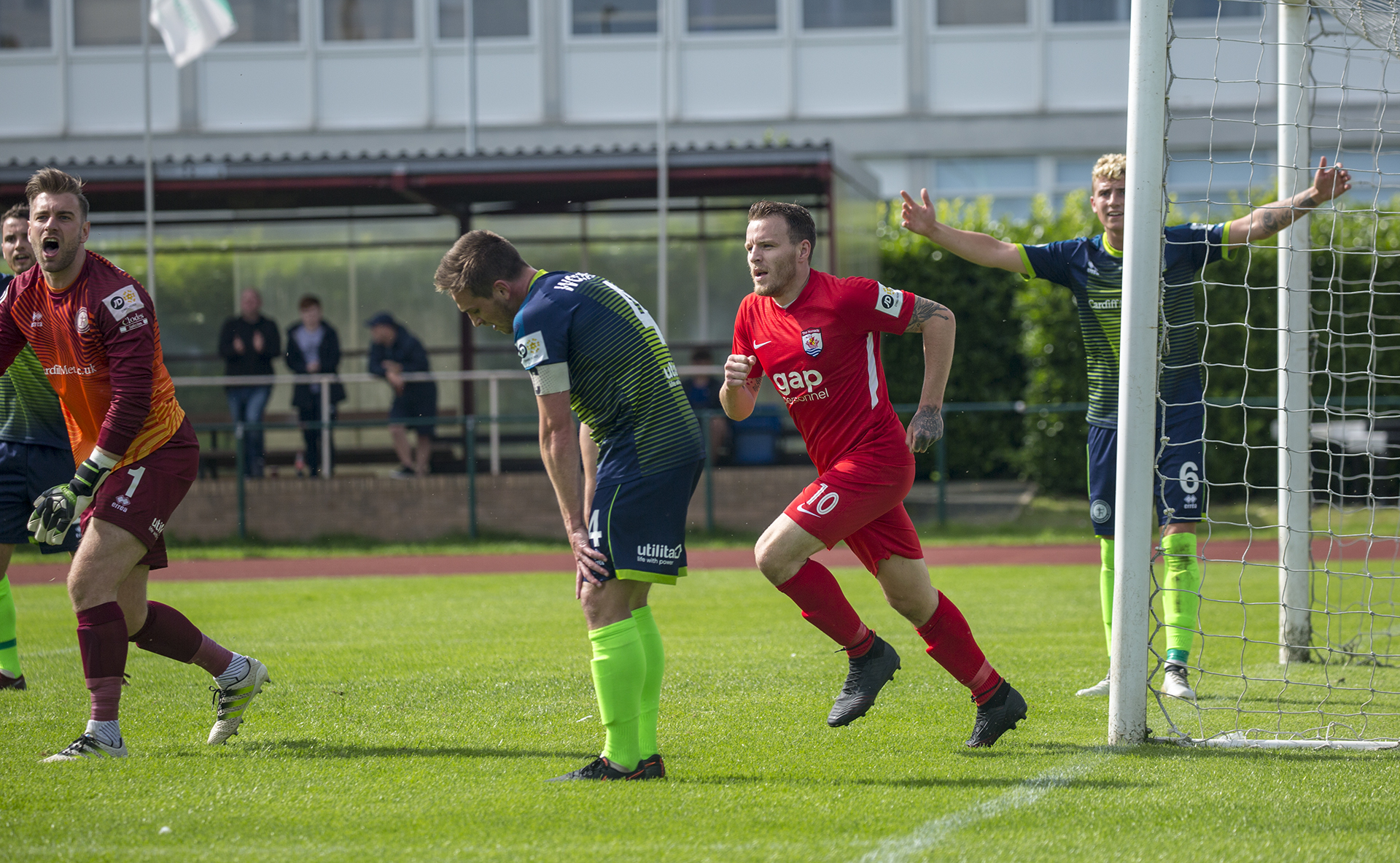 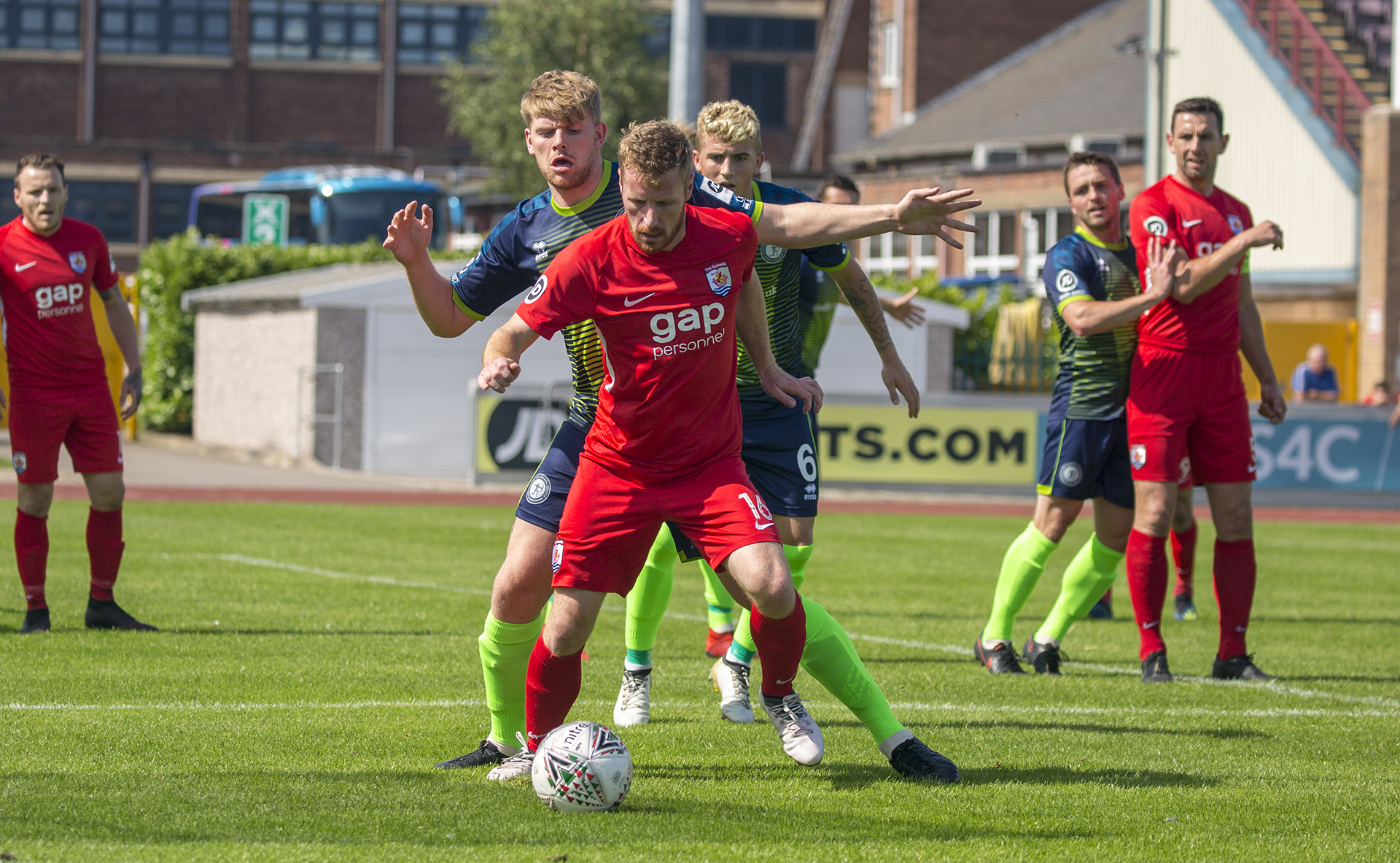 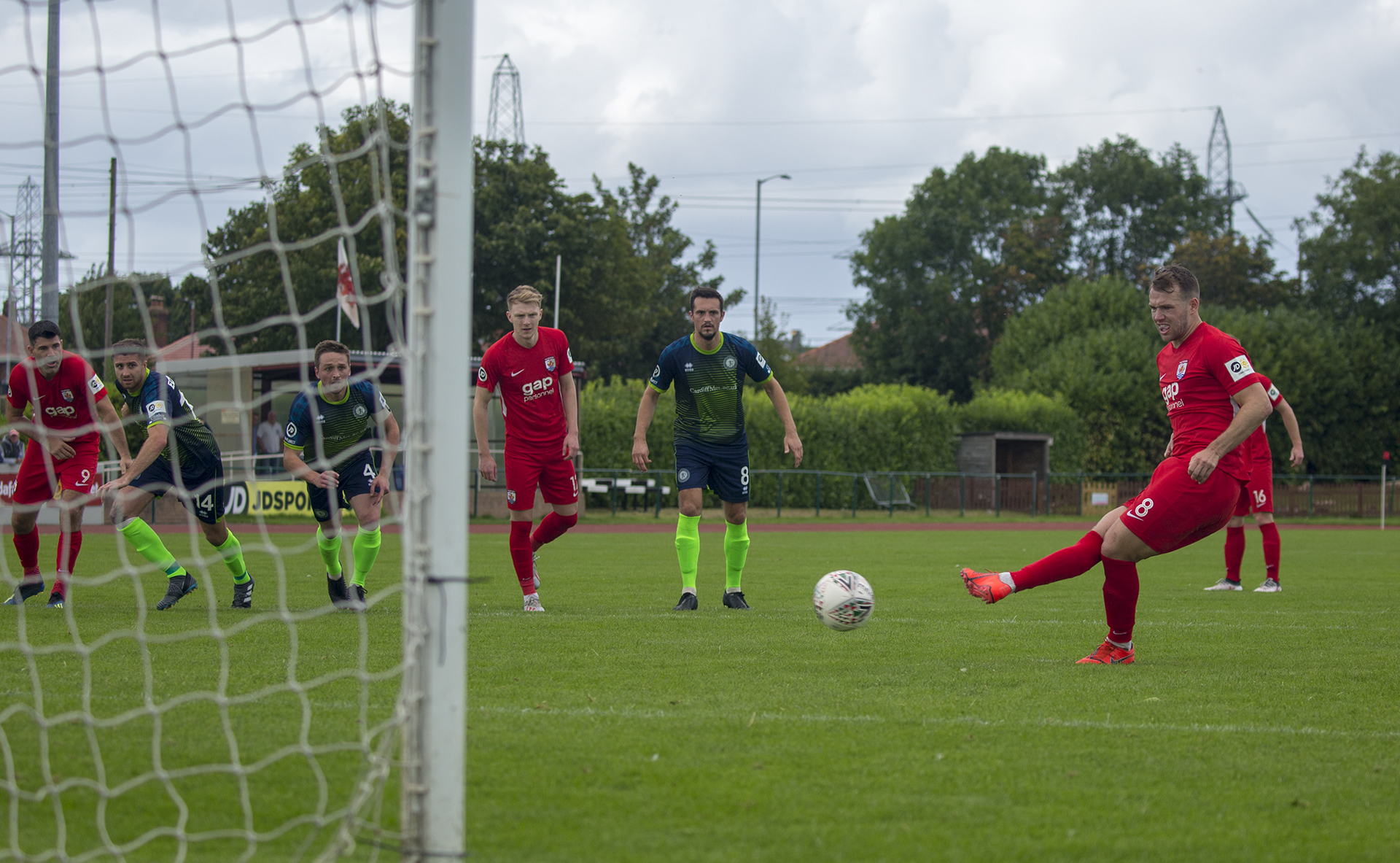 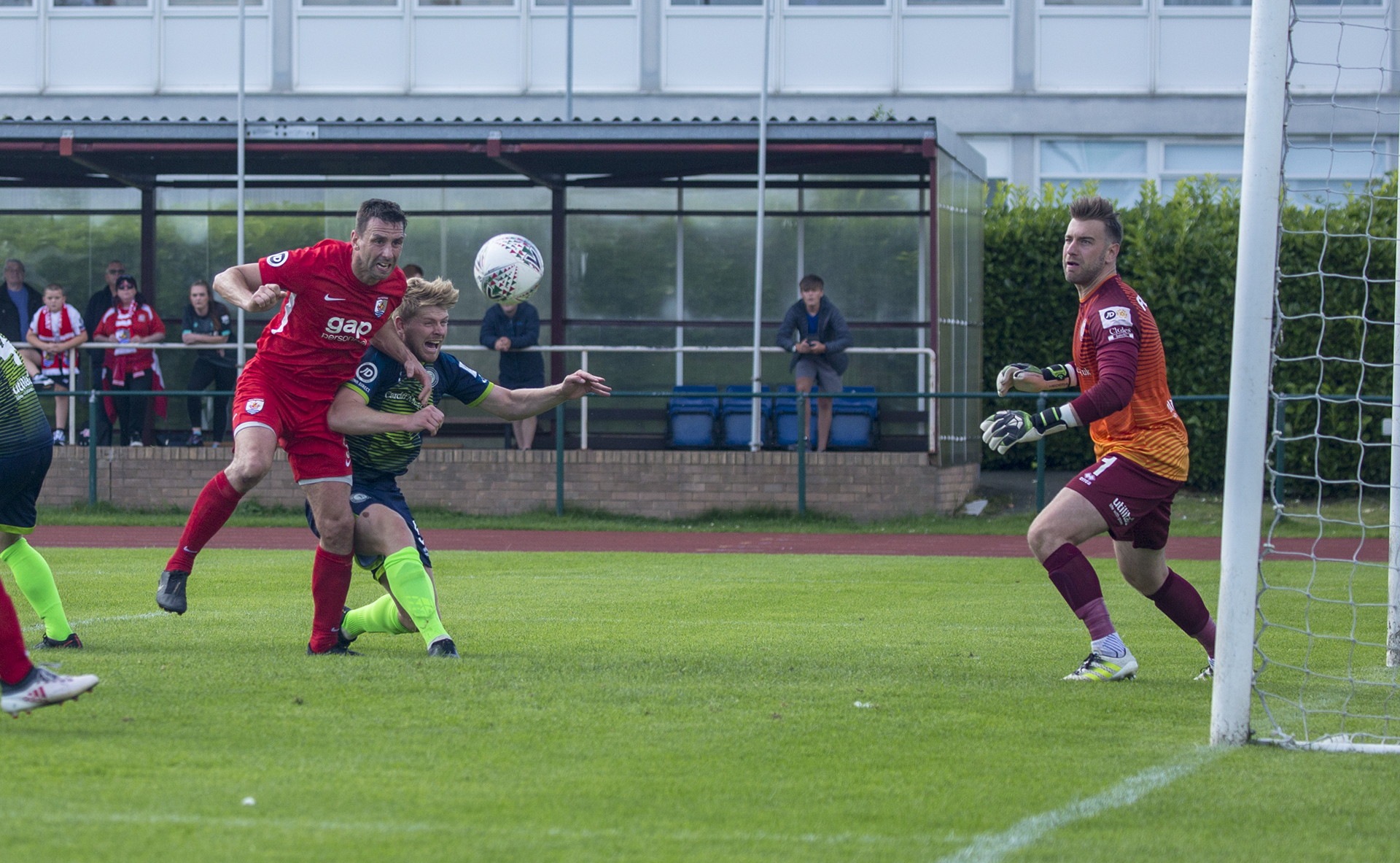 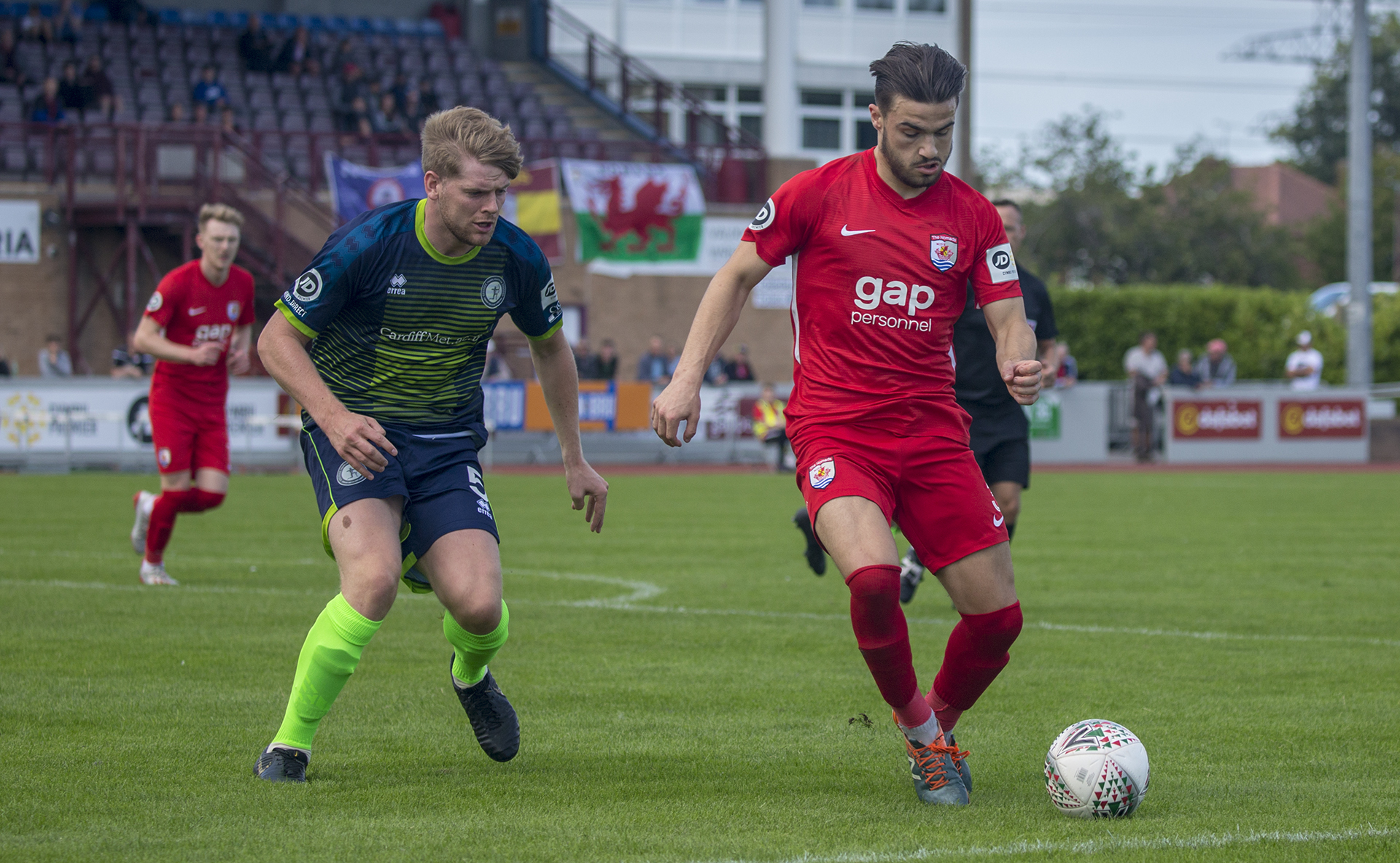