Connah's Quay Nomads continued their unbeaten start to the JD Cymru Premier campaign with a 1-0 win away at Bala Town on Friday evening.

A Michael Wilde header in the 69th minute was enough to hand Nomads victory in a well fought game against the Lakesiders.

On each occasion, Nomads had gone close to taking all three points, and went to Maes Tegid looking to find their winning touch having won their past three meets with the Lakesiders.

Andy Morrison elected to start a side including in-form defender Priestley Farquharson, Callum Morris, who wore the captain's armband, and John Disney, who made his 100th start for Nomads in all competitions.

The game started with the first chance going to the hosts on four minutes when Lassana Mendes volleyed towards goal from around 25 yards out, but was denied by a straightforward Lewis Brass save.

In the 7th minute, Nomads had their first threat, as Disney entered the Bala area in the left channel before cutting in and shooting right-footed to test Morris. From the resulting throw in, Michael Wilde sent a header just wide as he got on the end of Priestley Farquharson's long throw.

After Bala's Lee Molyneux's free kick was blocked by Callum Morris but eventually went just wide of the Nomads' goal, the game struggled to find flow with free kicks being awarded often as it approached the 20 minute mark.

There was drama in the 26th minute, when a Nathan Woolfe corner was headed goalwards by Michael Wilde only for his effort to be cleared off the line at the last moment by Sean Smith in acrobatic fashion.

But then, a clash of heads between Smith and Nomads' Declan Poole forced a pause to proceedings whilst both received medical attention.

With play back underway, Michael Wilde was again causing issues in the Bala area, heading just wide from a Woolfe cross in the 35th minute.

Five minutes later, a good move from The Nomads saw Poole break down the right wing and cross to Wilde, setting up Woolfe to have a volley from 20 yards out which went over the Bala bar and out.

There was late pressure from Bala towards the end of the half, with Louis Robles forcing a 42nd minute corner, triggering a scramble in the Nomads' area, which was eventually halted by a Nomads free kick after a foul on Wilde.

Following three additional minutes of injury time, half time was signalled for, with Nomads having gone closest via Wilde's goal line cleared header.

As play got back underway, Nomads went at the Bala goal in the 49th minute, seeing Woolfe receive the ball from Callum Roberts and turn to shoot from the edge of the area, with Ashley Morris saving the effort low down.

On 55 minutes a Jay Owen free kick was headed towards goal by Wilde but fell just wide. Bala replied with an attack of their own two minutes later when Venables reached the final third but fouled Danny Harrison to bring the attack to an end.

One minute before the hour mark, Nomads came close to breaking the deadlock, with a Callum Roberts cross close to the Bala goal going just beyond the control of Declan Poole who was in a good position to strike.

In the 61st minute Nomads continued to pile on the pressure, with Morris getting on the end of a ball into the box from Wilde but sending the effort over the home crossbar.

After Connah's Quay's first substitution on 64 minutes saw Woolfe replaced by Michael Bakare, Priestley Farquharson went close after turning and shooting from close range after a Nomads' free kick from 25 yards out.

In the 69th minute however, The Nomads' pressure finally paid off, with Michael Wilde rising highest in the Bala area to head into the net and make it 0-1 to the visiting Deesiders.

With 20 minutes left for The Nomads to hold onto their winning position, Bala went out looking for the equaliser, nearly finding it in the 76th only to be ruled out for offside.

Bala's attacks continued in the 79th minute, when a powerful free kick from Henry Jones from around 25 yards out soared over the Nomads' goal.

As the game went into the final five minutes of normal time, Bala were winning free kicks in dangerous areas in the Nomads' half, but were unable to convert them against a well disciplined Connah's Quay defence.

As three minutes of additional time was awarded at the end of normal time, Kris Owens came on in the 91st to make his league debut in place of Declan Poole.

In the 92nd, Bala hunted for a last minute equaliser by winning a corner, but it was successfully collected by Lewis Brass.

But despite their late onslaught for a goal, full time confirmed an excellent win on the road for Nomads, who extended their unbeaten run to four games and recorded their first victory of the campaign.

They now take a break from JD Cymru Premier action, facing table-topping Scottish League Two side Cove Rangers in the Tunnocks Caramel Wafer Challenge Cup third round on Saturday 7 September for a 5:15 kick off in a live Sgorio game. 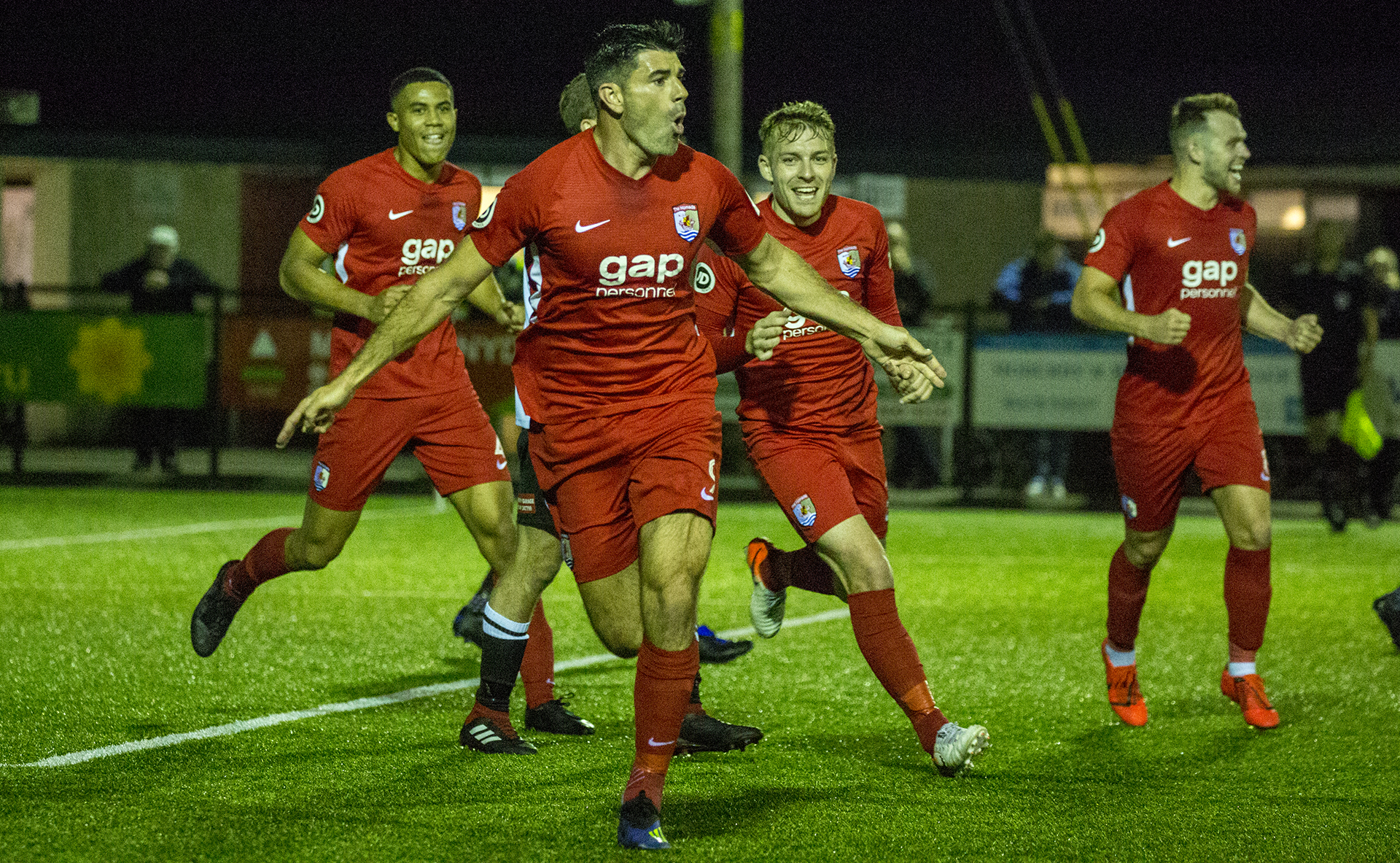 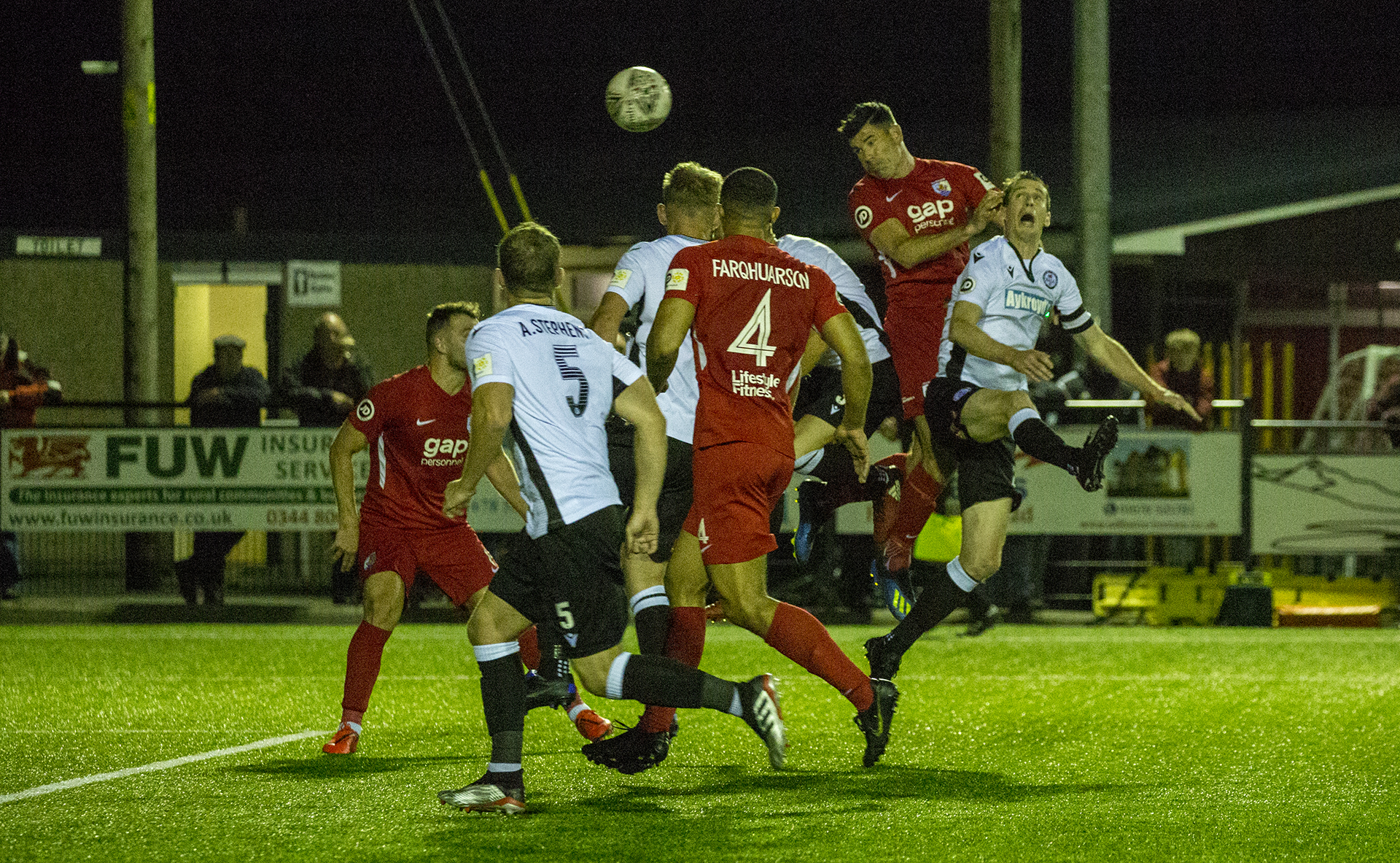 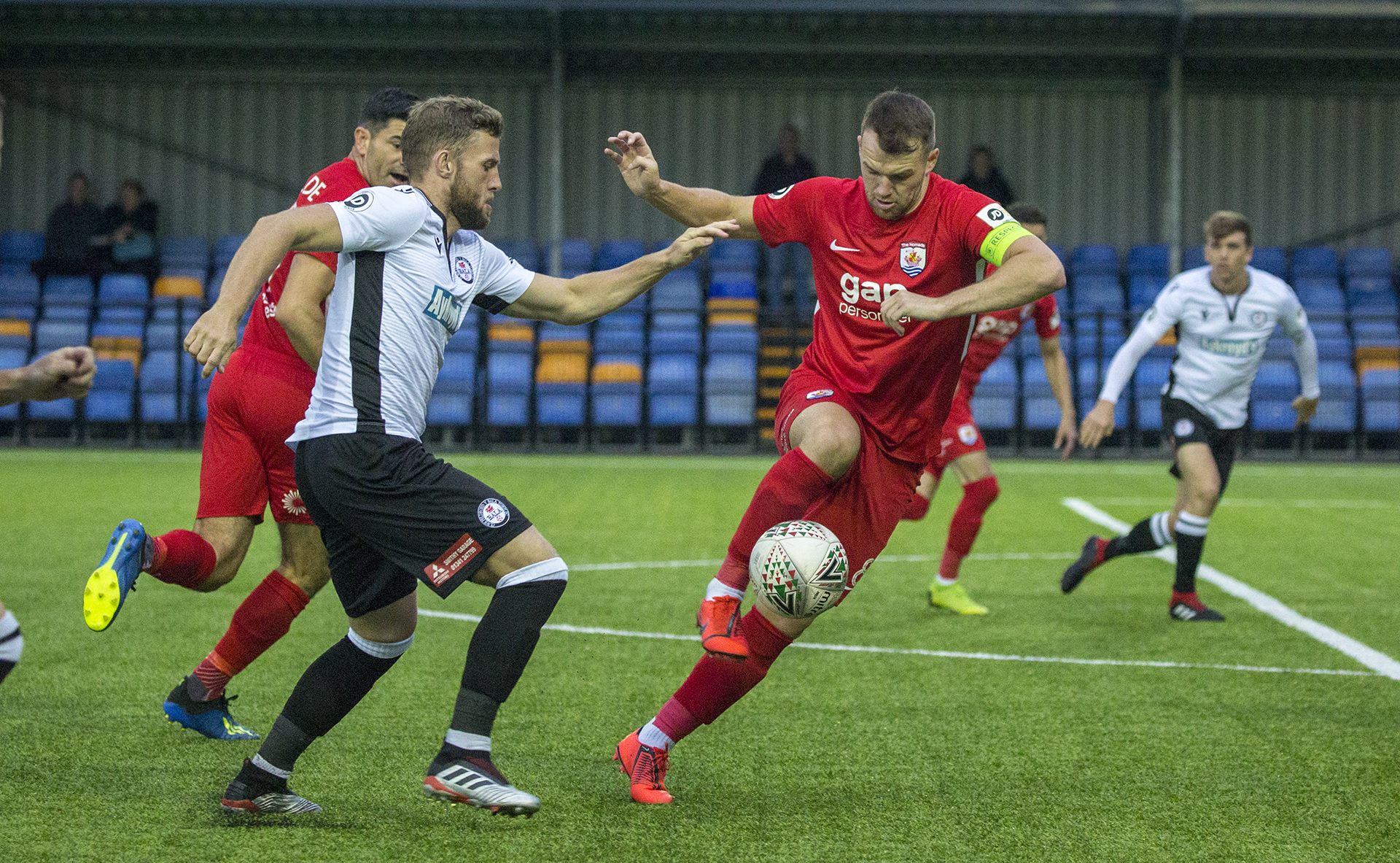 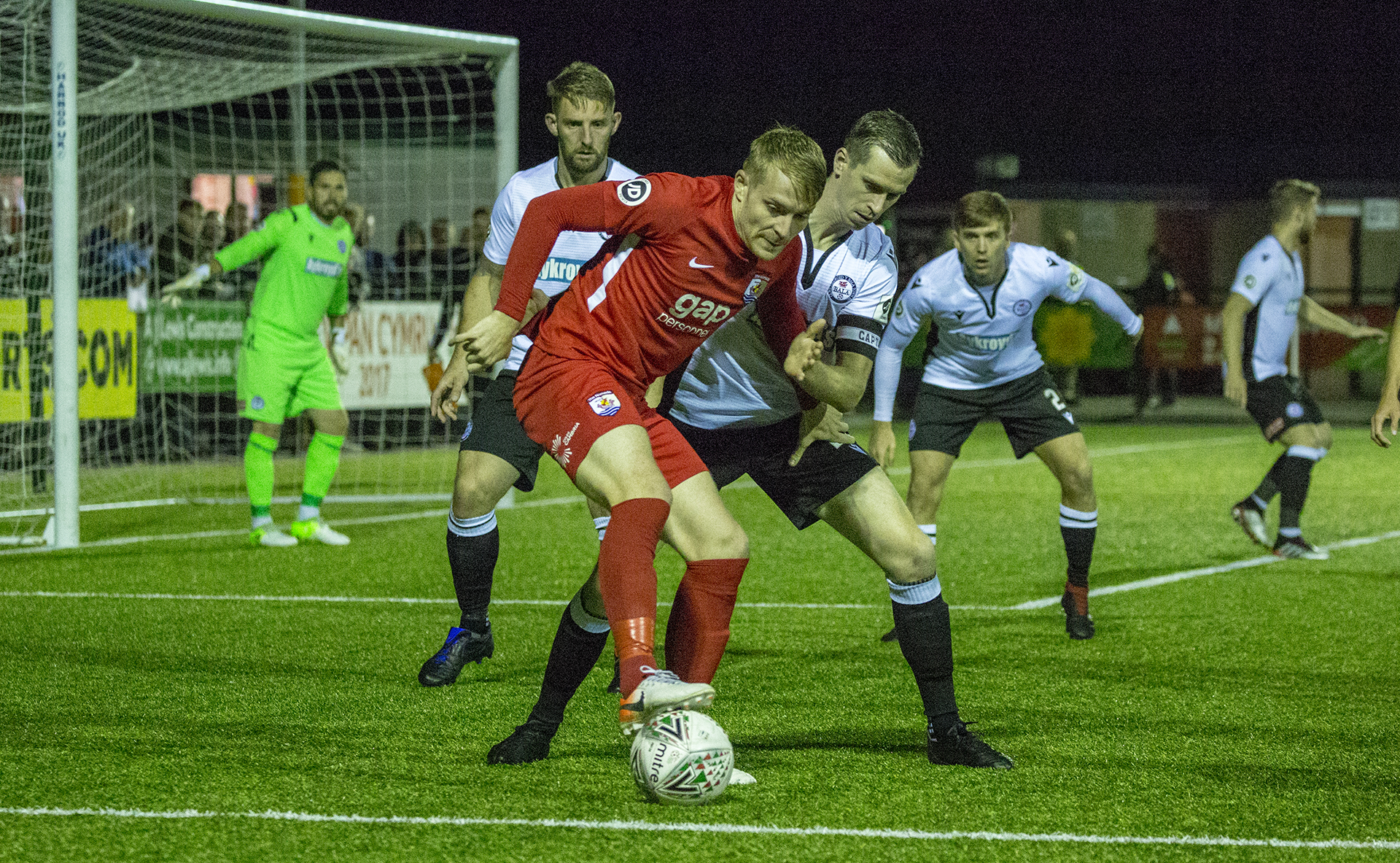 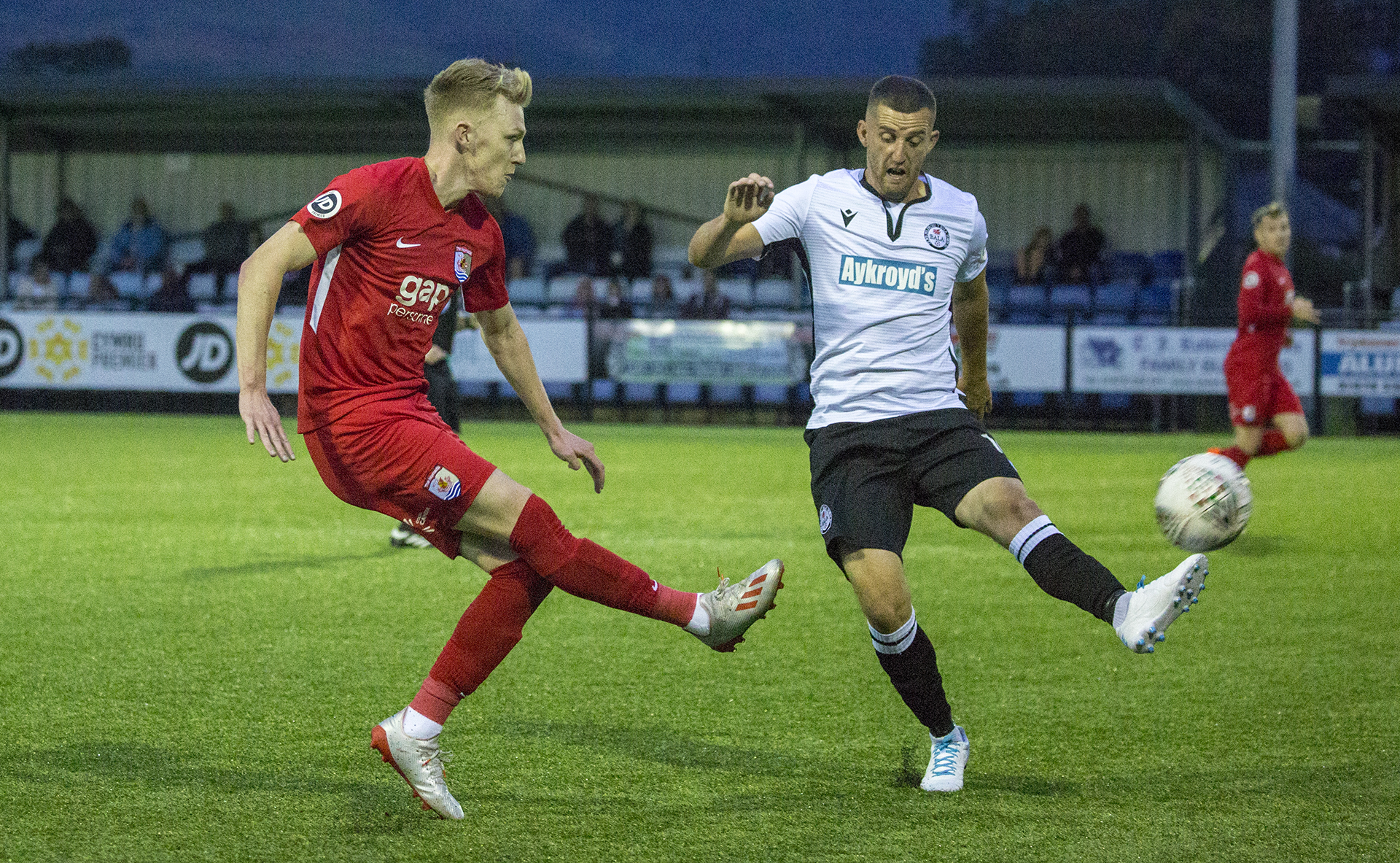