Connah's Quay Nomads maintained their undefeated record in the JD Cymru Premier with a 1-1 draw with Newtown AFC on Friday evening at Latham Park.

A Nick Rushton goal sent Newtown ahead on the stroke of half time, but a 62nd minute equaliser from Michael Bakare ensured the spoils were shared.


The match, broadcast live on Facebook and S4C Clic by Sgorio, saw Connah's Quay travel to Newtown looking to maintain an unbeaten JD Cymru League Premier record of three draws and three wins so far in the season.

Following a period of three games within just six days, the Nomads went into the match with a full week's worth of preparation to face a Newtown side that are notoriously tough to beat at home, and had beaten high flying Bala Town 1-0 in their last outing.

Nomads named a line up with Jamie Insall, Michael Bakare, and Michael Wilde leading their attacking line, whilst Danny Harrison joined the defence as a replacement for the suspended captain George Horan.

Newtown boss Chris Hughes started ex-Nomad Nick Rushton, Sam Barnes and ex-Bala man Ian Sheridan as he looked to for back to back wins at home.

The opening minutes saw both teams looked to establish their game plan and Newtown fire some early warning shots. After Sheridan sent a half volley over the crossbar from the right wing on four minutes, Lewis Brass pushed out a 30 yard free kick effort from Craig Williams.

With 10 minutes played the game's flow was interrupted whilst Newtown's Joe Kenton was treated for an injury, but it resumed with Nomads continuing to soak up pressure from the hosts with great tackles from the likes of John Disney and Callum Roberts.

Connah's Quay did look to attack, but found themselves halted by the officials on two occasions, with Bakare being found offside and then having a handball given against him as he darted down the left wing in the 23rd.

Newtown's Nick Rushton looked to score against his old side, going close on 26 minutes when his 25 yard effort glanced wide of Lewis Brass' left post.

But as the half hour mark approached, both keepers had still seldom been tested with Newtown and Nomads' well set up shapes ensuring a clean sheet each so far in the game.

Jay Owen nearly sent the Nomads ahead on 43 minutes, as he hit a volley in a crowded Newtown area from just seven yards, but was blocked by Robins captain Craig Williams.

Just as the game looked to inevitable end goalless at the break, Nick Rushton sent the hosts ahead on 45 minutes, breaking into the Nomads are to fire an effort high into the roof of the net.

This sucker punch goal left Nomads disappointed at having given a goal away after a half of few major chances for Newtown or themselves.

During the break, a change saw Nathan Woolfe replace Jamie Insall, and Nomads started the second half on the front foot as they chased a much needed equaliser.

Woolfe got involved early on, cutting into the area to shoot just wide, with Bakare getting to the Newtown byline in the 47th minute only to have his cross headed away.

Nomads kept the pressure on, as on 49 minutes a Bakare cross was then headed just wide by the rising Callum Roberts on the edge of the Newtown box.

The hosts retaliated to Nomads' attacks by getting back into the Connah's Quay half and winning a corner in the 59th minute. It was sent in and met with shouts for a penalty due to a handball, but the referee waved the appeal away.

As the hour mark passed Nomads were still searching for a goal, but it soon came in style via Michael Bakare. He got on the end of an aerial ball from Priestley Farquharson, and expertly chipped it over keeper David Jones, who had came off his line, to score into the open goal.

Boosted by the equaliser, Nomads heavily concentrated their play in the Newtown final third, seeing Bakare go close again in the 69th when he sent a well weighted Callum Morris cross above the crossbar with a volley from 10 yards.

As the game entered its latter stages, the three points were well and truly up for grabs with both sides eager to find the winner. Newtown utilised set pieces in the Nomads' half, winning a corner kick on 78 minutes which was calmly collected by Lewis Brass.

A minute later, they won a free kick from near the edge of the Nomads area, but despite the dangerous position, it hit the Nomads wall before being cleared to safety.

In the 83rd minute, Nathan Woolfe threatened with a well placed cross into the home area, but it was punched away by keeper Jones with Wilde trying to get a head on it.

In the 85th, Jay Owen was forced off with an injury and replaced by Kris Owens who joined the Nomads' efforts for a late and dramatic equaliser.

Connah's Quay built up play nicely inside the final five minutes of normal time, winning two consecutive corners only to be halted by a foul by Wilde on keeper Jones, for which he saw a yellow card.

With the 90 minutes up, five additional minutes of time were awarded, giving both sides the chance to push a late winner once again.

Bakare came the closest to doing that in the 92nd minute, nearly breaking into the Newtown area to go one on one against the keeper, who swept off his line to recover the ball before the Nomads' number seven could strike it.

Full time saw the spoils shared between the two side, with the result enough to keep Nomads' unbeaten record intact and keep them third in the JD Cymru Premier.

The Nomads now move onto another busy week of domestic action, travelling to Guilsfield in the Nathaniel MG Cup on Wednesday 25th September, before welcoming Penybont to Deeside in the JD Cymru Premier on Sunday 29th September for a 2:30pm kick off. 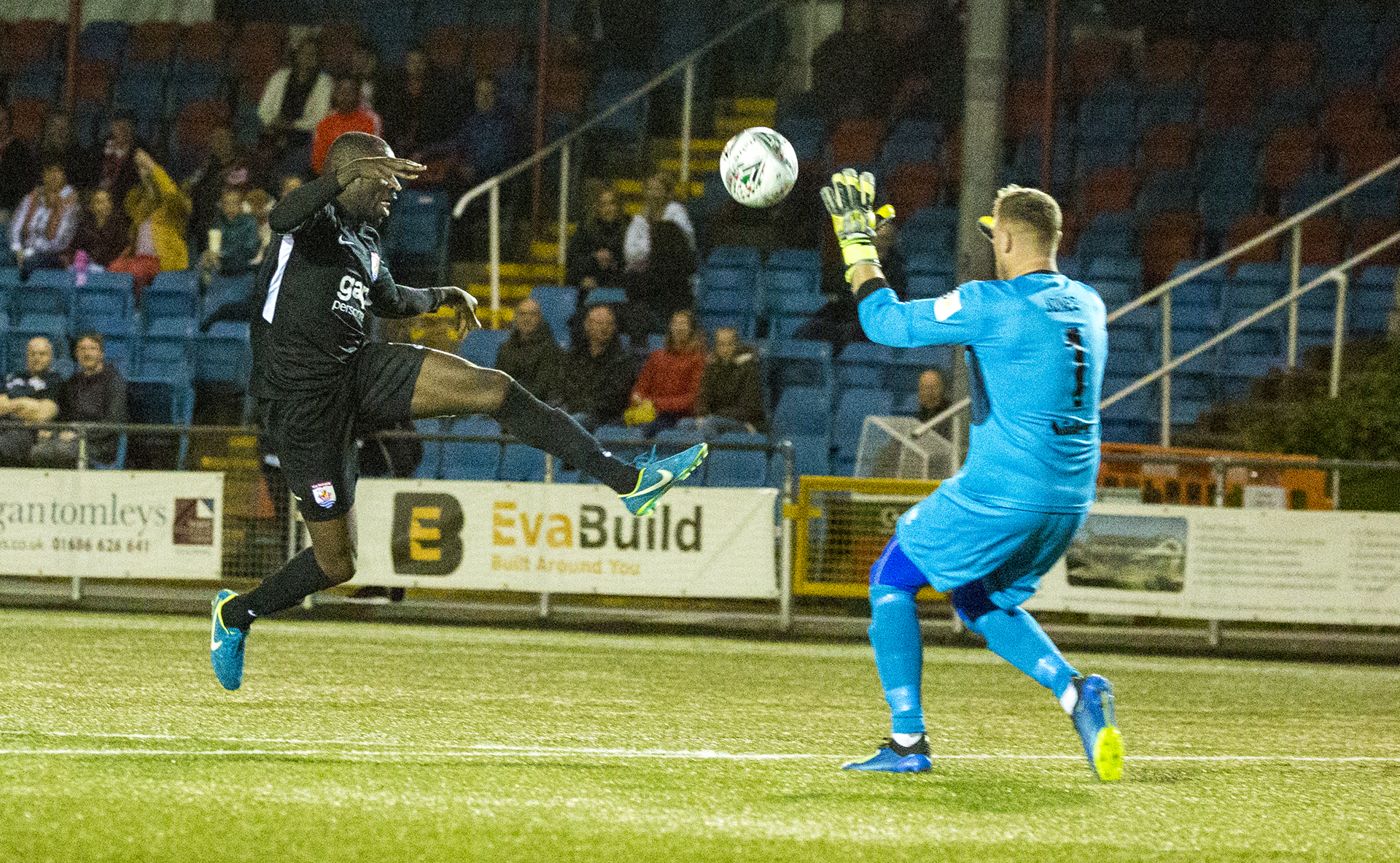 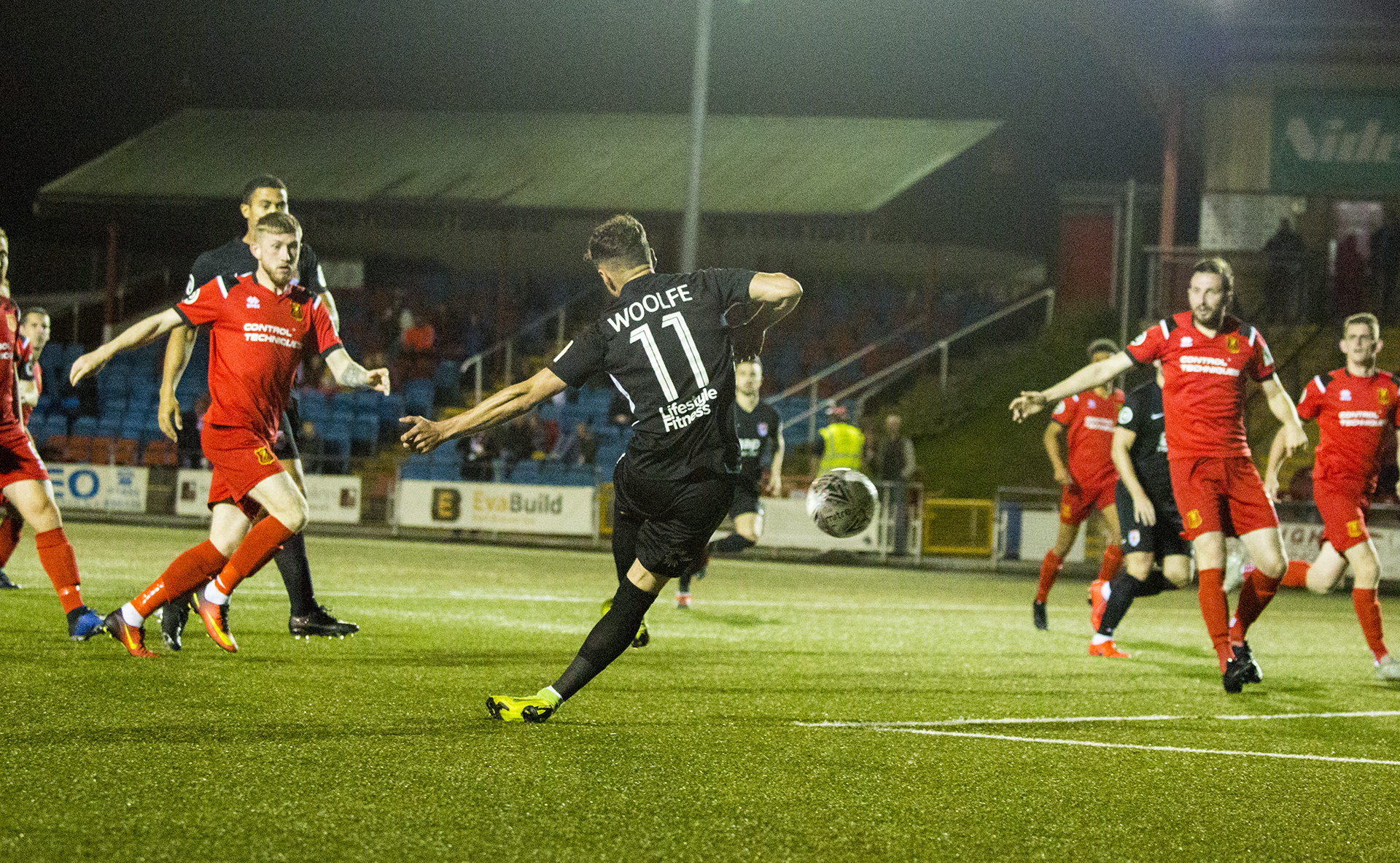 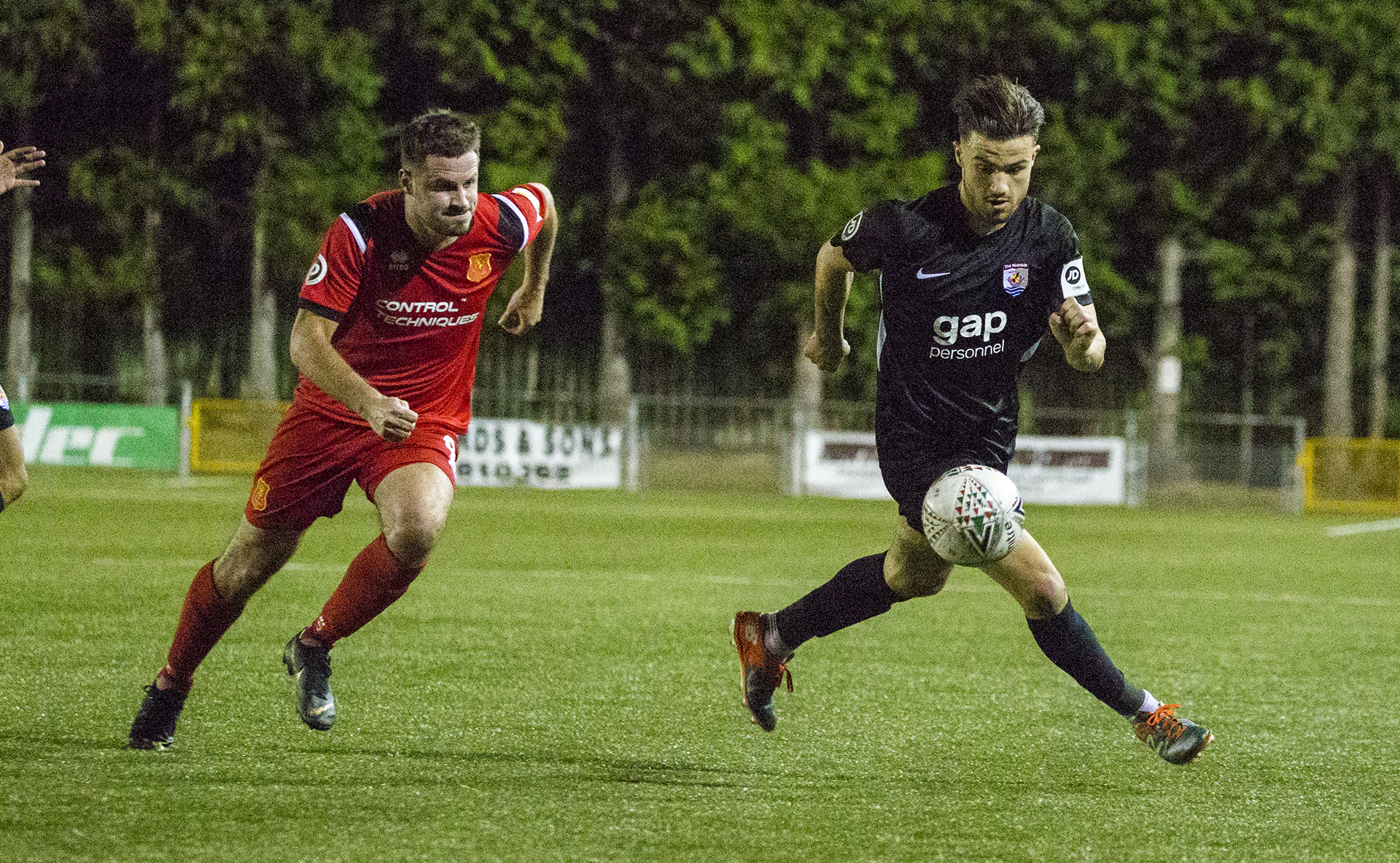 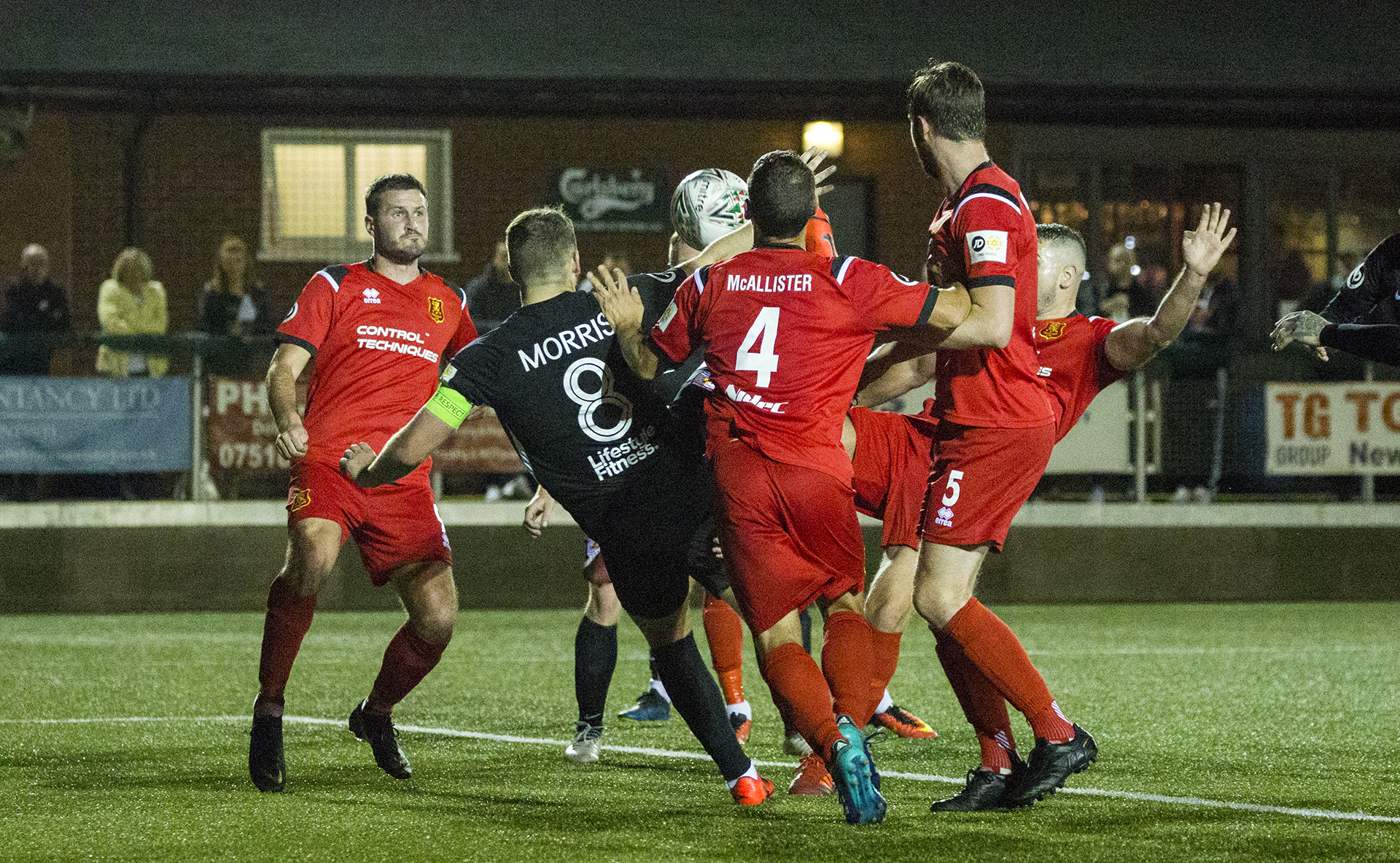 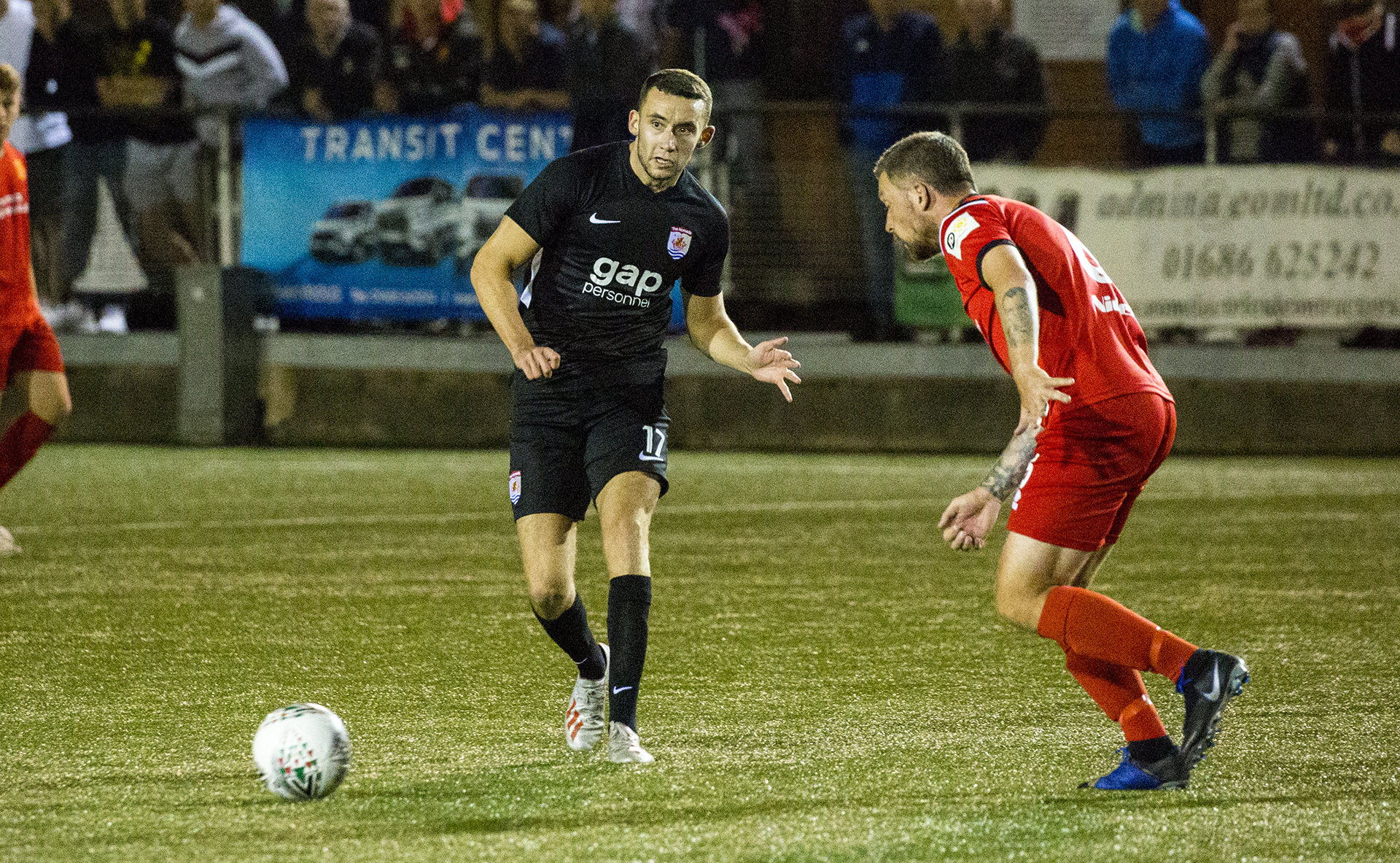