Connah's Quay Nomads went three points clear at the top of the JD Cymru Premier table with a 4-0 win away at Barry Town's Jenner Park on Saturday afternoon.

They found themselves 3-0 up at half time thanks to strikes from Jamie Insall and Michael Wilde, with Insall sealing his brace to find Nomads' fourth in the second half.

The game was highly anticipated as a clash between the JD Cymru Premier's top two sides, with Nomads sitting in first place after a 1-1 draw with TNS in the previous week.

Barry Town were meanwhile second, having succumbed to their first loss of the season seven days earlier, losing 4-1 to Caernarfon Town at The Oval.

With Callum Roberts and John Disney suspended, Andy Morrison brought stalwart centre half Danny Harrison into his back four, whilst Sameron Dool was handed a start in the midfield. Goalkeeper and academy product Callum Manley also earned a call up to join the squad in South Wales.

The game got off to an even start with both sides looking to implement their carefully devised game plans.

Danny Holmes sent a throw in into the Barry area in the first minute, but the hosts cleared and went onto enjoy an early period of possession in the Nomads' half, although with no threats to Lewis Brass in goal.

Nomads' first chance of the day came in the 11th, when a Sameron Dool corner ball was headed just wide by captain George Horan who rose high to meet it in the area.

In the 16th minute, Danny Holmes was again threatening with his throw ins into the Barry area, but this move was countered and saw Kayne McLaggon run towards goal with Brass sweeping to collect for Nomads.

The breakthrough came in the 20th minute, thanks to slick move upfield from Nomads. Starting from Danny Holmes at the back, the ball went to Dool in the centre midfield, who surged up the pitch and laid on Bakare who was waiting on the left wing.

Bakare crossed perfectly to Michael Wilde, who beat keeper Mike Lewis at his near left post to head the travelling Nomads into the lead.

There was then drama on 25 minutes, when Barry forward Jonathan Hood was dismissed by referee Dean John. Initially cautioned with a yellow, he appeared to dissent and was then a shown a straight red in a further blow to the trailing hosts.

Nomads sought to exploit their one-man advantage, and were playing some free-flowing and expansive football deep into the Barry half.

This was seen with runs from the likes of Michael Bakare, who beat multiple defenders on his way into the Barry area, where his shot from around 12 yards out turned out to be tame was collected by keeper Lewis.

Nomads' attacking play paid off in spectacular fashion on 35 minutes, when after a Declan Poole shot from 15 yards was blocked and went into the air, Jamie Insall attacked it with an acrobatic bicycle kick at close range near the left post, sending it just inside the right post at a tight angle.

Now with a 2-0 lead and into the latter stage of the first half, there was no let up from the relentless Nomads, who continued to get at the Barry final third and win set pieces including a 25 yard out free kick and corner ball.

And just as the half looked over, Nomads struck with a sublime move upfield, once again driven by Dool. He picked up the ball in the centre circle, and shot from 12 yards out only to be saved - but Wilde was there to tap in the rebound, sealing his brace, and a resounding 0-3 lead at the break.

The second half started brightly with Andy Morrison's men sticking to their disciplined shape to frustrate a Barry Town side looking for a way back into the encounter.

But only nine minutes after the restart, Nomads further tightened their grip on the game with a fourth goal in the form of a brace from Jamie Insall.

The Nomads' number 10 got on the end of a great run and low cross from Priestley Farquharson to send a diving header in near the Barry goal line.

4-0 up in less than an hour, Andy Morrison made his first change around the 60th minute when he replaced Bakare with Nathan Woolfe, whose tricky style and pace further complimented Nomads' free flowing style.

In the 64th, Connah's Quay proved their defence remained alert despite their big lead, when George Horan blocked McLaggon from getting a goal back after he tried to convert a cross from Drew Fahiya, who had beaten the offside trap to break into the Nomads' area.

A minute later, Dool was seeking a goal to top off an excellent individual performance, going on a run before shooting from 10 yards, with the effort saved by Lewis.

As the 70th minute passed, the Nomads were showing great composure as they coolly passed the ball around their half and the midfield without allowing Barry a chance on goal.

In the 76th, Conor Harwood came on in place of Michael Wilde as Andy Morrison introduced fresh legs to keep Nomads' momentum going. On 77 minutes, Danny Holmes found himself unlucky with a 20 yard strike on a half volley blocked in the area on its way to the Barry goal.

Inside the final 10 minutes, the Nomads' academy system celebrated another JD Cymru Premier debut for one of its graduates, as 17 year old Sam Williams was introduced in place of Sameron Dool.

The substitution marked Williams' second appearance for Nomads in as many weeks, as he made his club debut in Nomads' 4-1 victory over Flint Town in the Nathaniel MG Cup quarter final.

And his job was a simple one for the remaining minutes of play, as Nomads continued to enjoy control of the game throughout the 90th and two minutes of injury time.

The resounding result saw Nomads go three points clear at the top of the league, and marked their 14th game without a loss in the league, which covers the whole campaign so far.

They now move onto a Friday evening game at Deeside on 15th November against Newtown for a 7:45pm kick off. 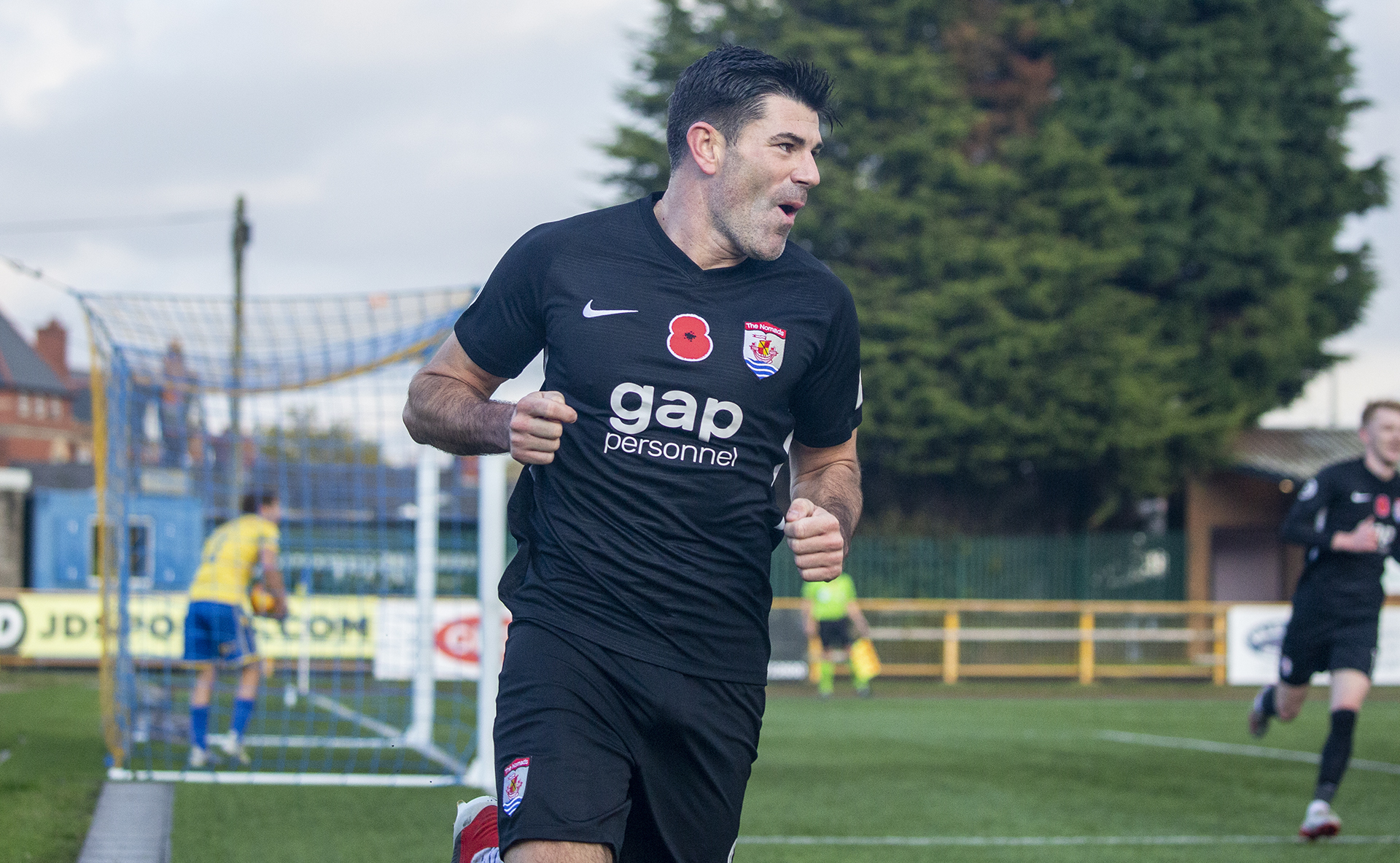 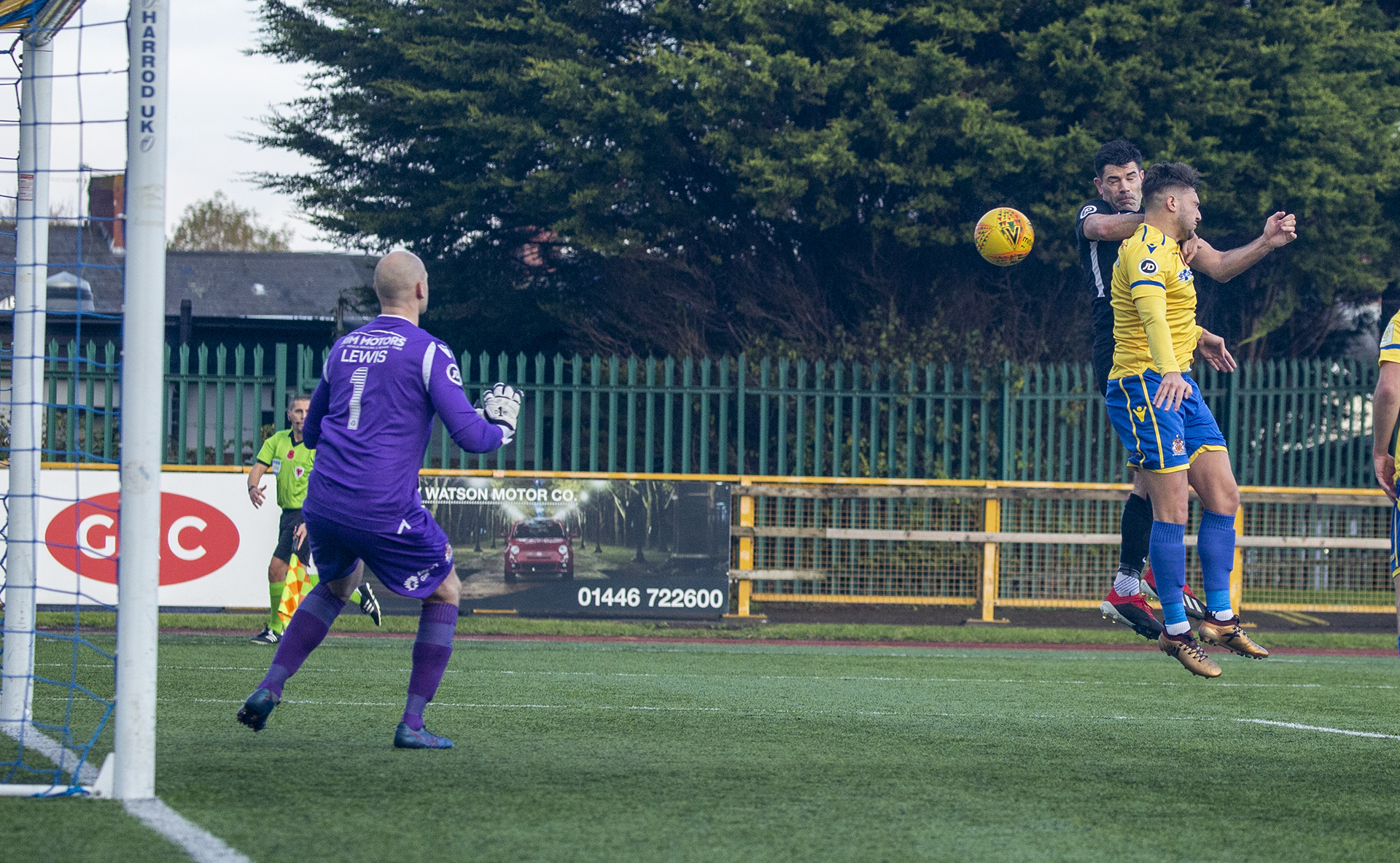 Wilde heads The Nomads in front early on | © NCM Media 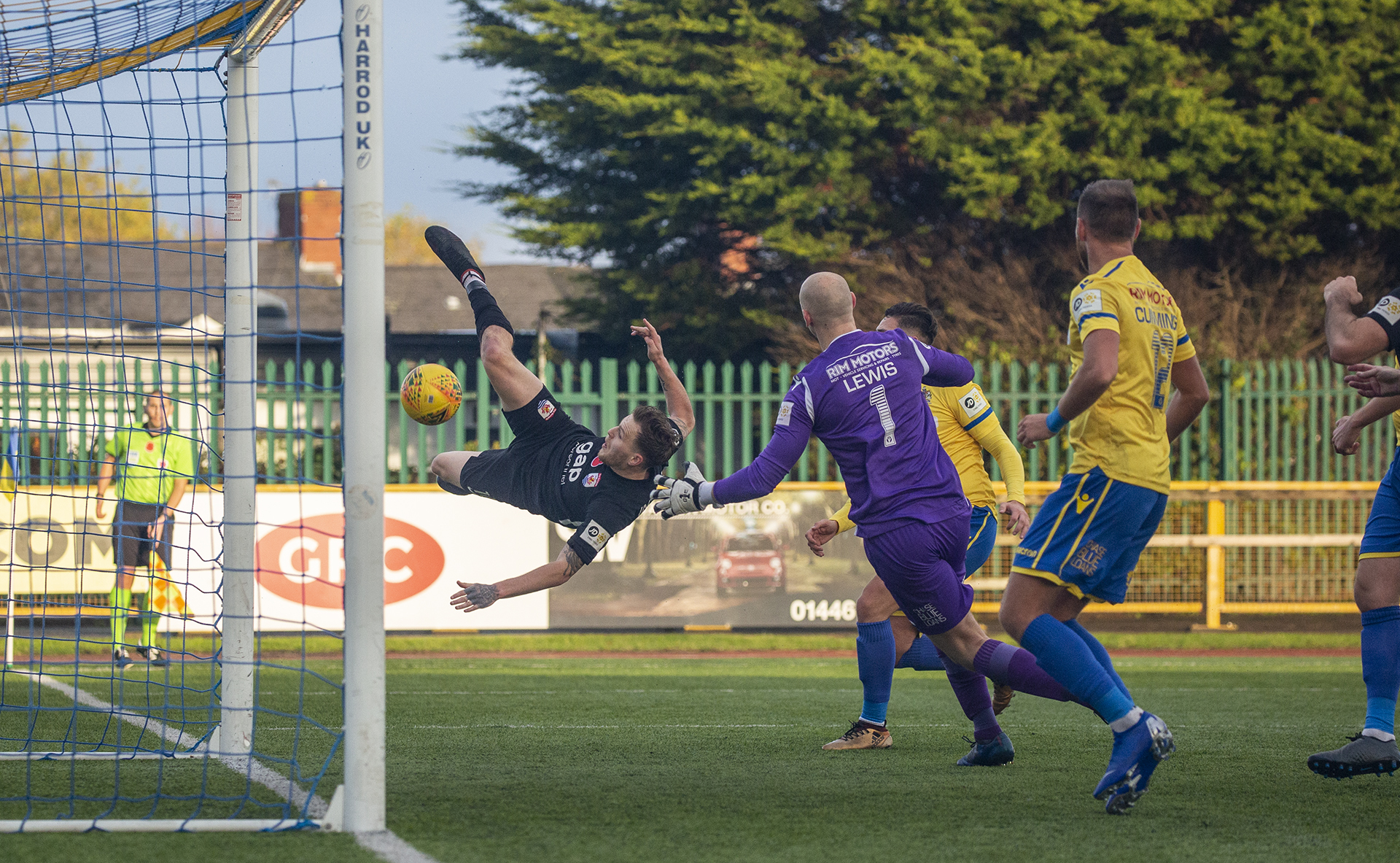 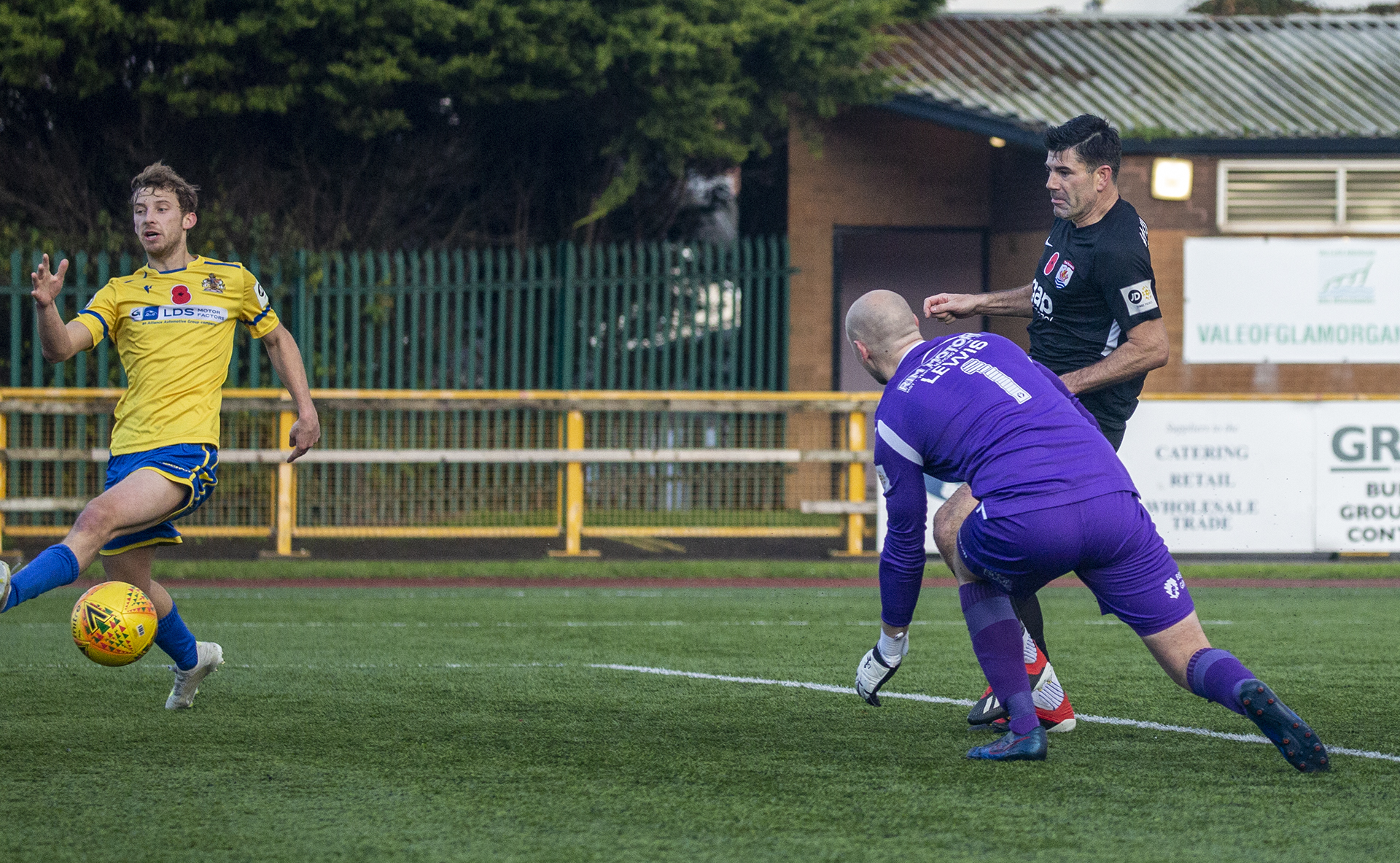 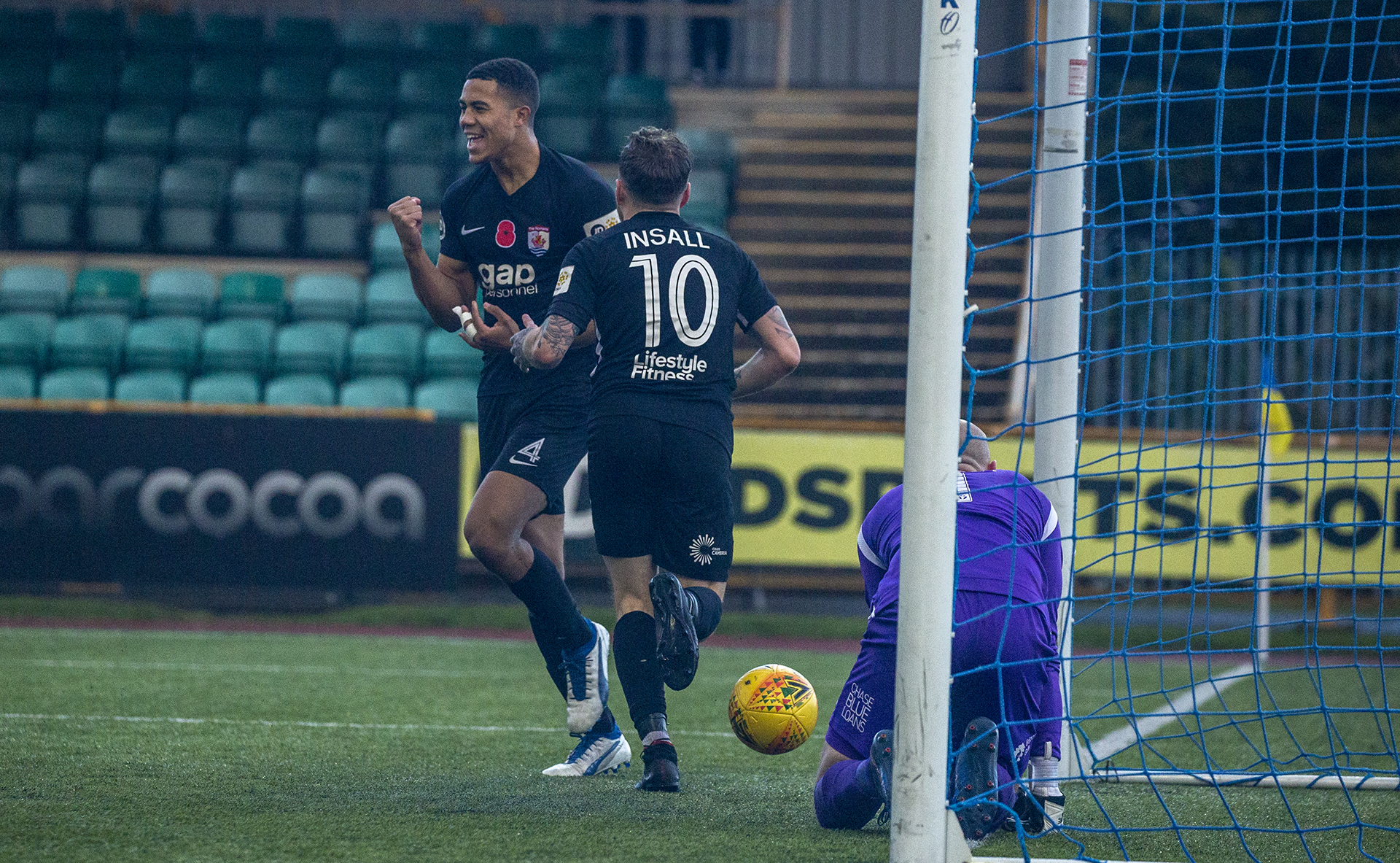