Friday night saw Connah's Quay Nomads bounce back from our first defeat of the season with a 2-1 victory over Bala Town to take back second place in the JD Cymru Premier.

The game saw Nomads face Bala for a festive fixture at Deeside, which was their third meeting of the season with the Lakesiders. In August, Nomads ran out 1-0 winners after a tight game at Maes Tegid, and in November they had beaten them by two goals to nil to reach the final of the Nathaniel MG Cup.

Andy Morrison was looking for his side to bounce back from their first defeat of the season in the previous week when they had lost 2-0 to Cefn Druids at The Rock. The result allowed Bala to leapfrog Nomads into second place with a 4-0 win over Penybont on Tuesday evening.

The match also had the potential to secure the winners' Championship Conference place in the top six, dependent on Penybont gaining three points from their fixture against Newtown on Saturday.

There were two changes for Nomads, as Michael Wilde returned from a suspension to start in place of Michael Bakare, and John Disney came in for Callum Roberts at the back.

The game began and after an evenly contested opening few minutes, Bala took a surprise early lead in the fifth from a corner ball. The set piece was punched away by Brass, but the clearance fell short allowing Spittle to head in from around eight yards out.

Boosted by the opener, the Lakesiders stayed in the Nomads' half, with Lassana Mendes crossing to Steven Leslie who headed just wide from close range in the 8th.

Nomads grew into the game, and were constantly looking to play up and into the Bala end with the likes of Declan Poole and Sameron Dool making good runs into the final third.

As the 20th minute mark approached, Bala were again dangerous from corner balls, as they won three consecutive set pieces, two of which caused a scramble in the Nomads' six yard box in which they managed to keep the visitors out.

In the 22nd, Nomads saw one of their best chances of the half, when a deft volley effort from Declan Poole was pushed over the crossbar by the fingertips of keeper Josh Tibbetts.

By the half hour mark, the game had evened out, but Nomads were still chasing chances in front of the Bala whilst the visitors were continuing to get into the Connah's Quay final third.

In the latter stage of the first half, Bala turned the pressure on again, with Danny Holmes keeping out Lassana Mendes who was making cutting runs from the right wing into the Nomads' area.

In the 38th, Bala missed out on a great chance to double their lead when Steven Leslie got the ball around 10 yards from the goal and sent it just over the crossbar.

Despite Bala's efforts to make it two before half time, Nomads stuck to their defensive discipline which saw them take the game to the break with Spittle's opener separating them.

Andy Morrison made a change at half time, with Michael Bakare coming on to replace Sameron Dool.

Nomads showed their will to find an equaliser early on in the second half, with Poole rushing into the area in the 46th and shooting only to be blocked by multiple Bala shirts behind the ball.

In the 50th, after Priestley Farquharson received a yellow for a foul on the halfway line, Nomads' second change saw him depart with Kris Owens coming on to join the Quay defence.

Bala went up to rekindle their search for a second, but neither side could get a hold of the game as the hour approach, with a number of missed balls in the midfield seeing Jamie Insall run at goal but be beaten to the ball by Tibbetts.

Michael Bakare was meanwhile getting in and around the Bala final third, but the ball didn't seem to be falling for him in the 60th as Nomads were left with 30 minutes to find a result from the game.

John Disney helped Nomads' attacking campaign in the 63rd, winning a corner after a battle with Mendes, which led to a series of set pieces culminating in a deep throw in for Nomads.

Holmes took it and sent it long into the Bala area, where it fell to Michael Bakare who hit a powerful strike into the back of the net to equalise in the 66th and make it game on at Deeside.

It was clear that neither side wanted to settle for a draw, with Lewis Brass making a great sweeping save against Mendes who was about the strike from seven yards out.

With 20 minutes to play the game had an end to end feel, and Nomads were increasing their presence on the Bala end, seen through an Insall cross just missing Bakare in the 71st.

And in the 74th, Bakare was again on target to complete a fantastic turnaround for Nomads, getting on the end of a hard fought Declan Poole cross to head it in at close range to make it 2-1 to Nomads.

The final ten minutes saw Bala introduce another ex-Nomad in Mike Hayes as he looked to push for an equaliser. The Lakesiders' best chance falling to Hayes in injury time, but he saw his close-range effort blast over Lewis Brass' crossbar before Rob Jenkins blew his whistle to signal full time shortly after.

The result sees The Nomads leapfrog Bala back in to second place in the JD Cymru Premier league table while league leaders TNS lost at home to Cardiff Met, meaning that the gap at the top narrowed to just a point.

The Nomads are back in action on Boxing Day when we host our Deeside neighbours Airbus UK for a 2:30pm kick off at Deeside Stadium. 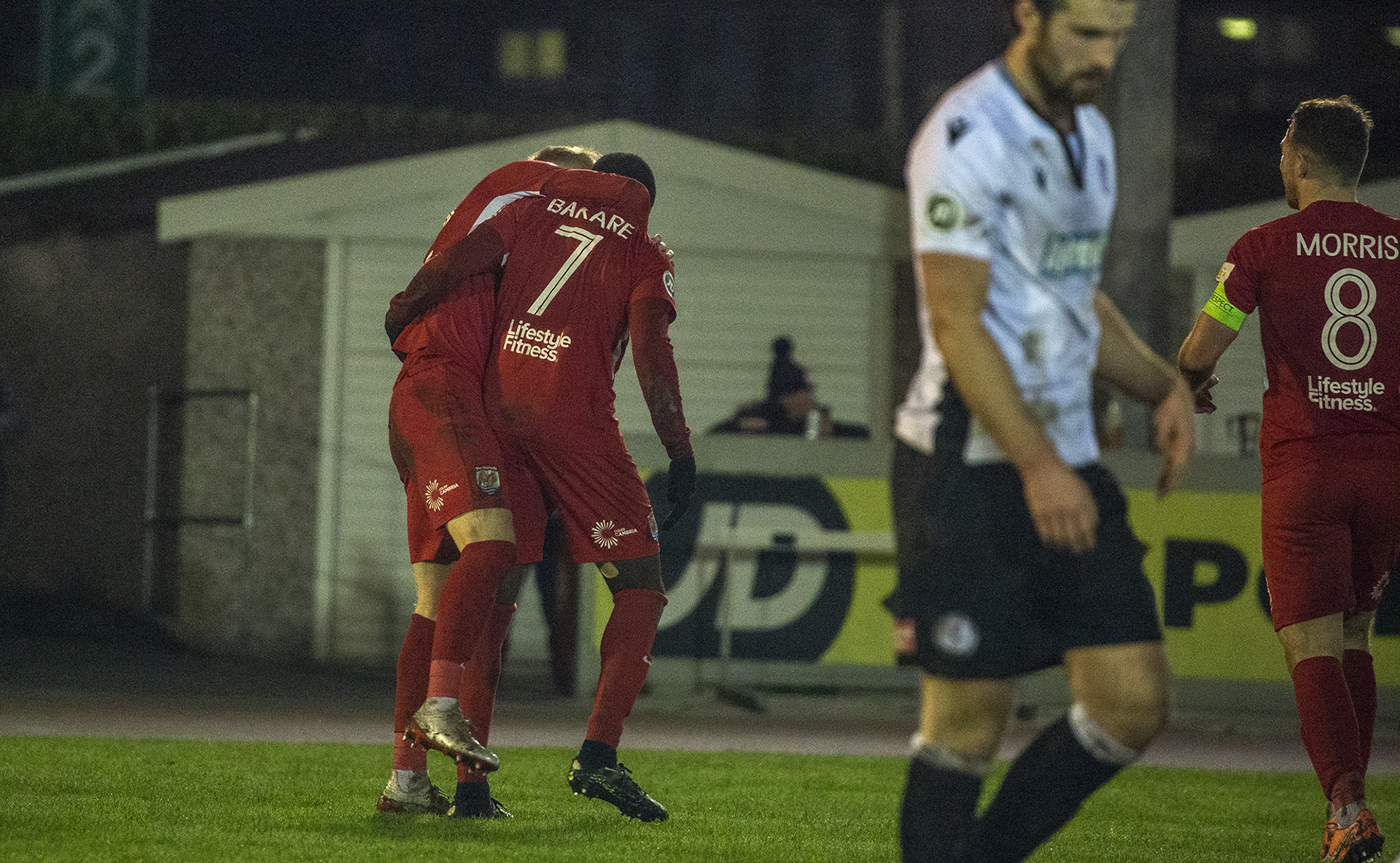 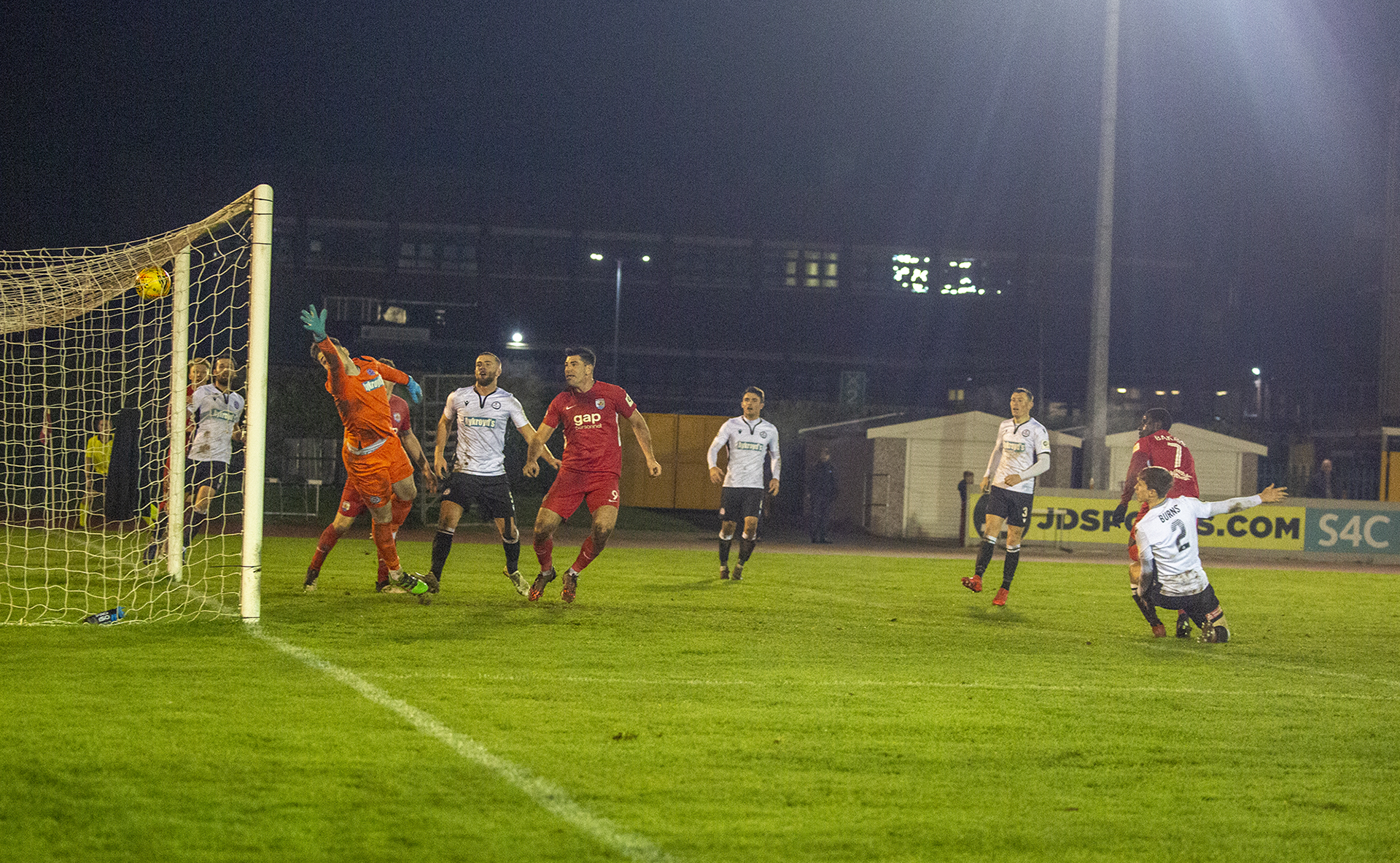 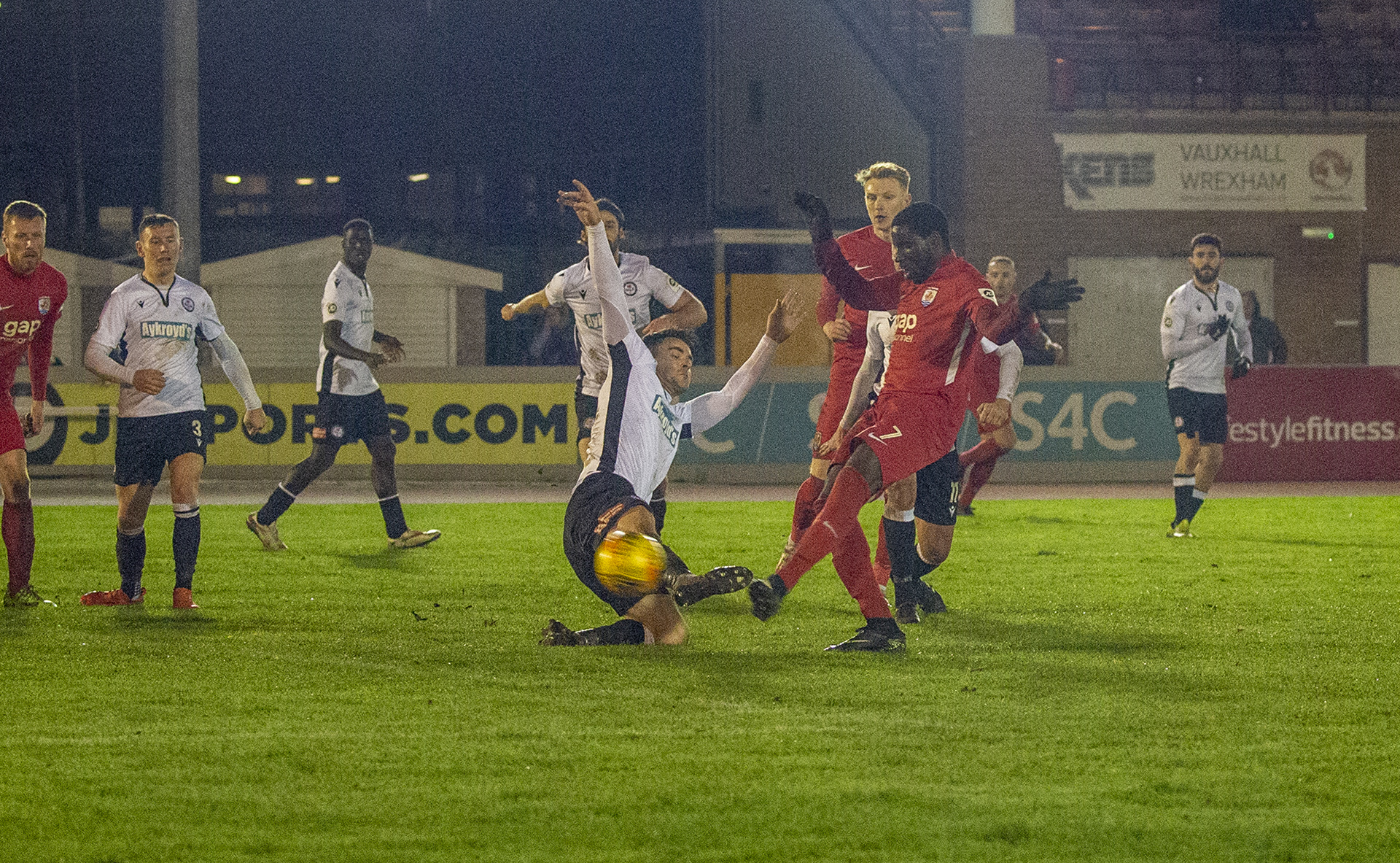 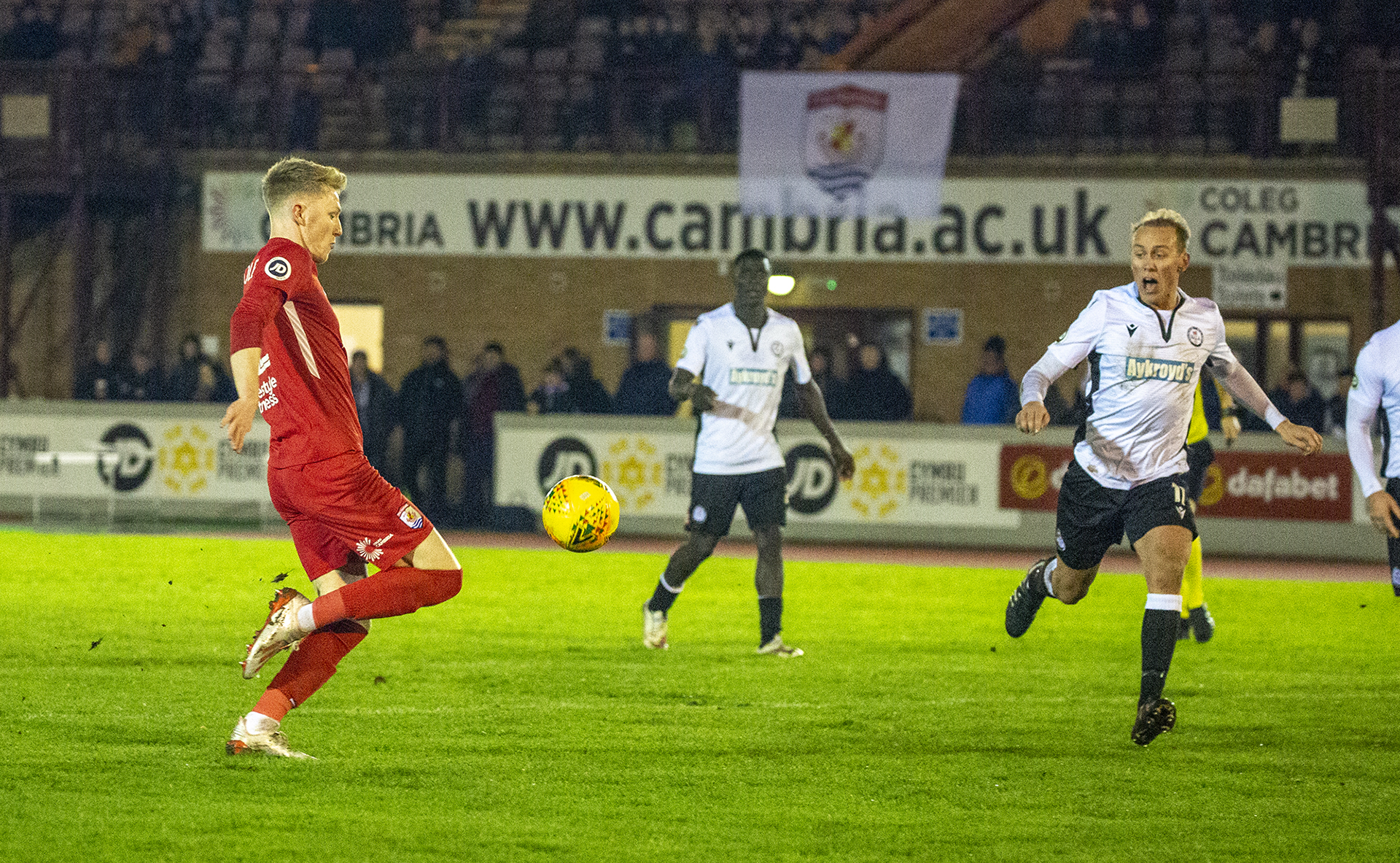 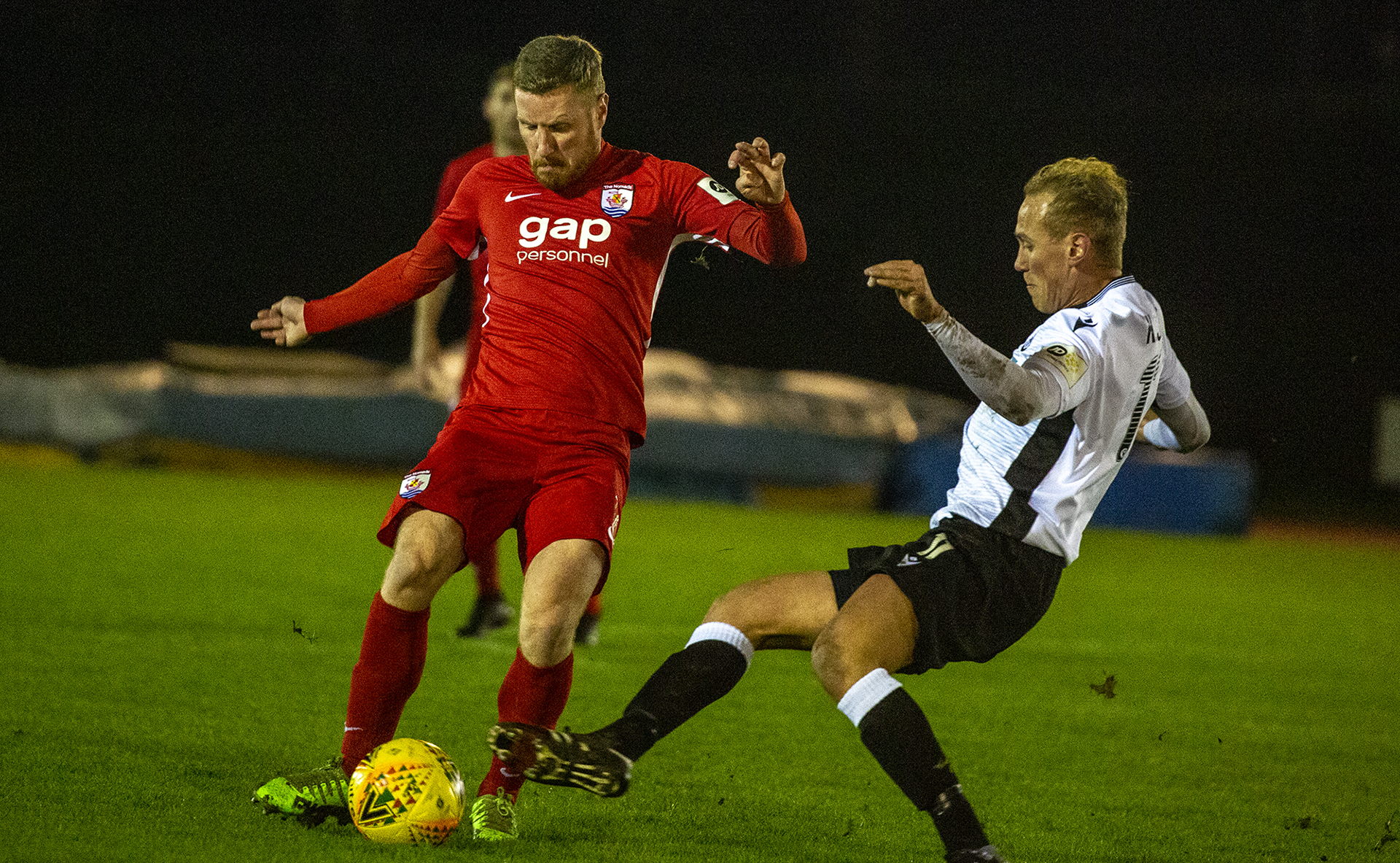