Nomads bow out of Europe in Belgrade

Connah's Quay Nomads bowed out of the Europa League at the second qualifying round stage after a 3-0 defeat to FK Partizan on Thursday evening.

The Nomads kept the tie goalless at half time, but second half strikes from Tosic, Ozegovic, and Stevanovic saw the Serbians progress to the third round.

The fixture saw Nomads travel to the Partizan Stadium in another prestigious appearance on the European stage following trips to Norway, Helsinki, and Soligorsk of Belarus. It was also their second Serbian clash after meeting Vojvodina of Novi Sad in the 2016/17 Europa League second qualifying round.

Andy Morrison's side were well in the tie, having put on a highly disciplined display in the first leg at Rhyl's Educate Group stadium, where a 62nd minute Aleksandar Scekic volley gave the Serbians a narrow 1-0 lead.

The Nomads' boss made one change from that game, replacing Nathan Woolfe with Danny Harrison, who started alongside ever present captain George Horan and Danny Holmes, with Michael Wilde leading the Connah's Quay line.

Partizan manager Savo Milosevic also made one change, starting Rajko Brezancic in place of Slobodan Urosevic, who assisted Scekic's goal in Rhyl. The first major chance of the game came in the ninth minute, when pressure from Partizan saw Umar Sadiq go clear in front of goal from 10 yards out, but shot wide in a good opportunity for the hosts to take the lead.

Nomads also got into the Partizan end early on, as Sadiq's effort followed Jamie Insall getting to the byline of the Belgrade area only to see his low cross intercepted in the 7th.

Having seen out the opening ten minutes, Nomads were standing up to the Serbian's exceptionally strong attack, with George Horan and Danny Holmes combining to keep them out.

This pattern of Partizan attacks being dealt with by Nomads continued, with a 23rd minute free kick from Tosic hitting the wall and eventually going out for a Nomads goal kick.

Left back Callum Roberts was keeping his cool alongside his teammates, doing well to win a free kick under pressure from Suma in the 28th, and making a decisive tackle 60 seconds later which was followed by a headed clearance from Horan.

In the 34th minute, John Disney showed great strength to keep the ball away from Umar Sadiq on the edge of the Nomads area to win a free kick for his side, with George Horan making a headed clearance two minutes later.

With 40 minutes played, the Nomads were showing no sign of letting their defensive guard down, stopping Tosic on a run into their area in the 42nd thanks to a combined tackle from Disney and Callum Morris.

Three minutes of injury time were awarded as the Nomads came within touching distance of half time with their clean sheet intact. But this was nearly cancelled out when a free kick taken upfield by Lewis Brass was intercepted, leaving the Nomads' goal open.

A long range effort was sent towards the net, but a heroic run and clearance from George Horan kept the ball out with seconds to spare.

Despite this late scare, half time saw the sides go in goalless, with Nomads knowing they were well in the tie as they looked for two goals to turnover Partizan's 1-0 lead on aggregate.

The second half commenced exactly as the first, with Partizan immediately taking control of the possession, and Suma firing a 20 yard effort wide on 45 minutes. They then won a free kick in the Nomads' final third which was taken by Tosic and headed goalwards by Pavlovic at close range, but this effort was well caught by Lewis Brass.

But in the 54thminute, Partizan finally found a way through, breaking via Suma, Sadiq, and Tosic, who ran into the Nomads area to finish at close range to make it 1-0 on the night, and 2-0 on aggregate.

On the hour mark Nomads made their second off the line clearance, after Sadiq dribbled into the area and sent a chipped effort towards goal to see Declan Poole rise up and head it off the line to deny Partizan a second.

Andy Morrison then made a change, introducing Ryan Wignall in place of Danny Harrison to add to Nomads' attacking options as they sought a goal to get back into the European tie.

But in the 69th minute, Ognjen Ozegovic made it 2-0 to Partizan, giving them a 3-0 lead on aggregate, after getting close to the goal and shooting low into the centre of the net.

With 20 minutes to play Partizan were now in full flow despite the best efforts of Nomads who were continuing to defend valiantly.

In the 72nd, Partizan found their third goal of the night via a low slotted finish from Filip Stevanovic, putting the Serbian side firmly in control with a 4-0 lead on aggregate.

Nomads made their second substitution with the replacement of Michael Wilde with Priestley Farquharson, who immediately made an impact as he sent a 20 yard effort towards goal as soon as he came on in the 74th.

After 80 minutes, the third and final change from the Nomads bench brought Jamie Insall off in place of Michael Bakare who was chasing down the ball upfront as Connah's Quay still looked for a goal against a now dominant Partizan Belgrade.

The final ten saw Nomads continue their brave performance against Partizan, who had their progression to the third round, where they will play against Turkey's Malatyaspor.

The result was no disgrace to Connah's Quay Nomads, who had matched Partizan for a significant amount of the two-legged European tie in which they had helped put the JD Cymru Premier on the map.

Andy Morrison's side can reflect on a successful European campaign in which they had gone against all odds to defeat Scottish Premier League side Kilmarnock FC, and put in an impressive performance against one of Eastern Europe's biggest clubs. 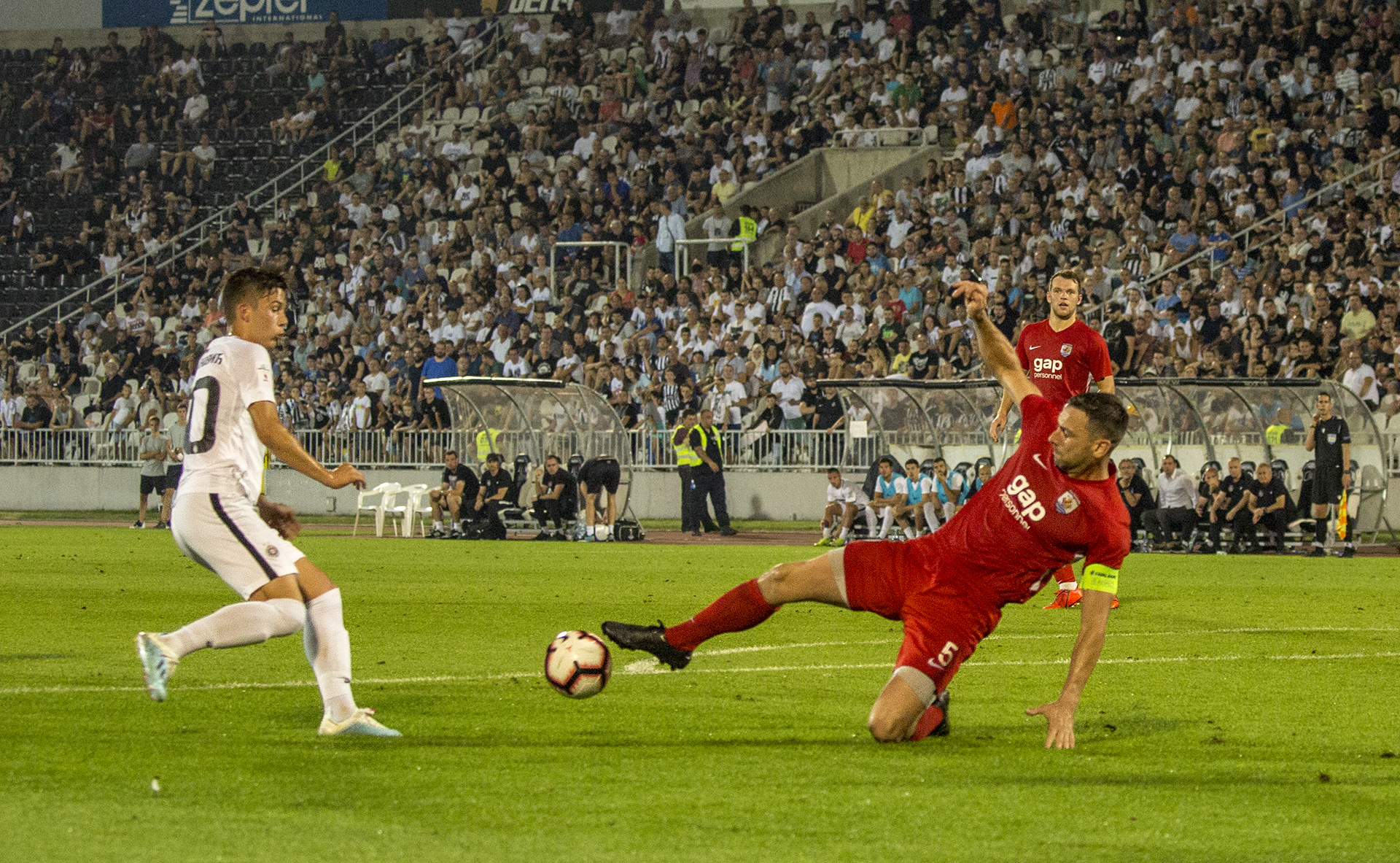 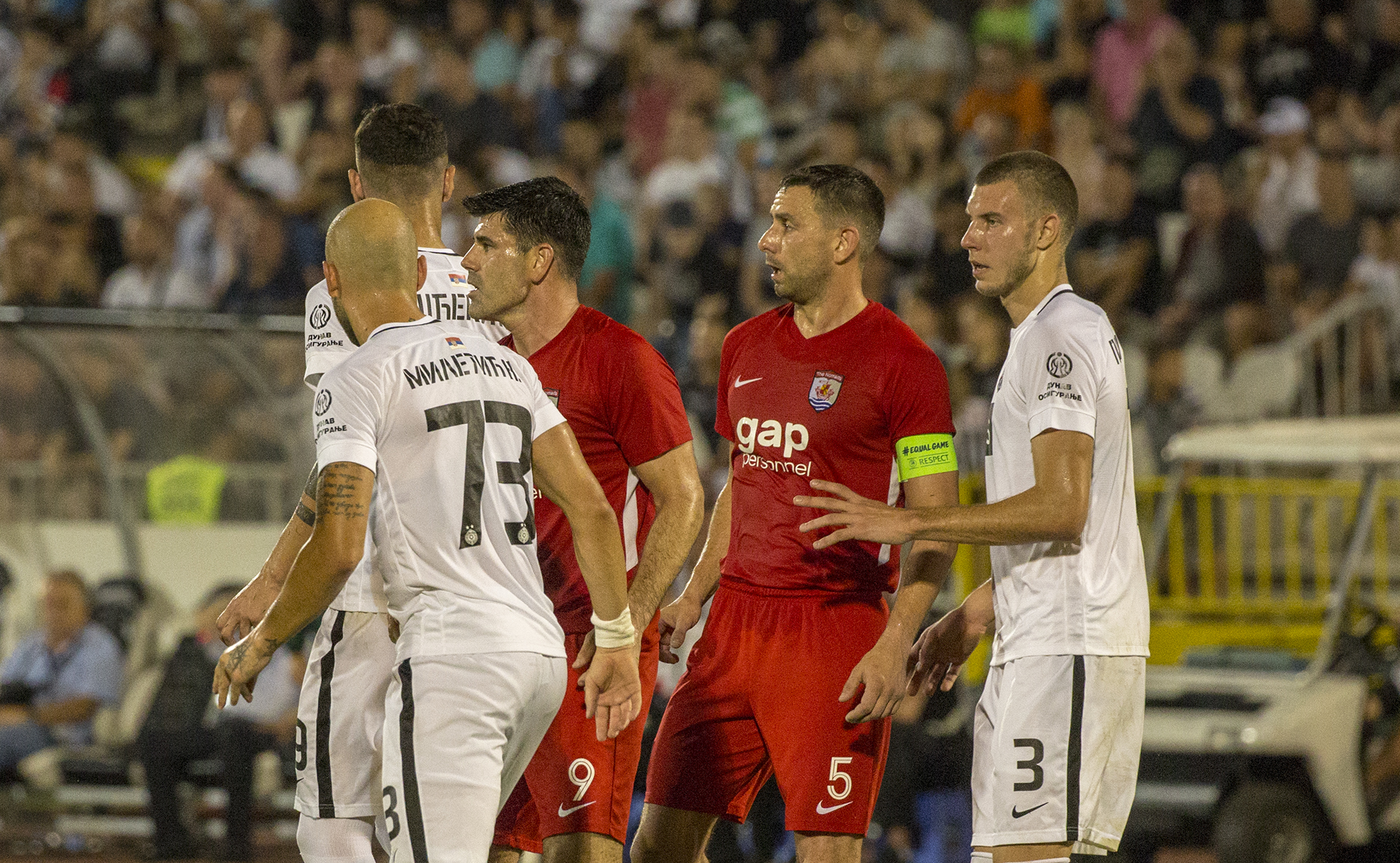 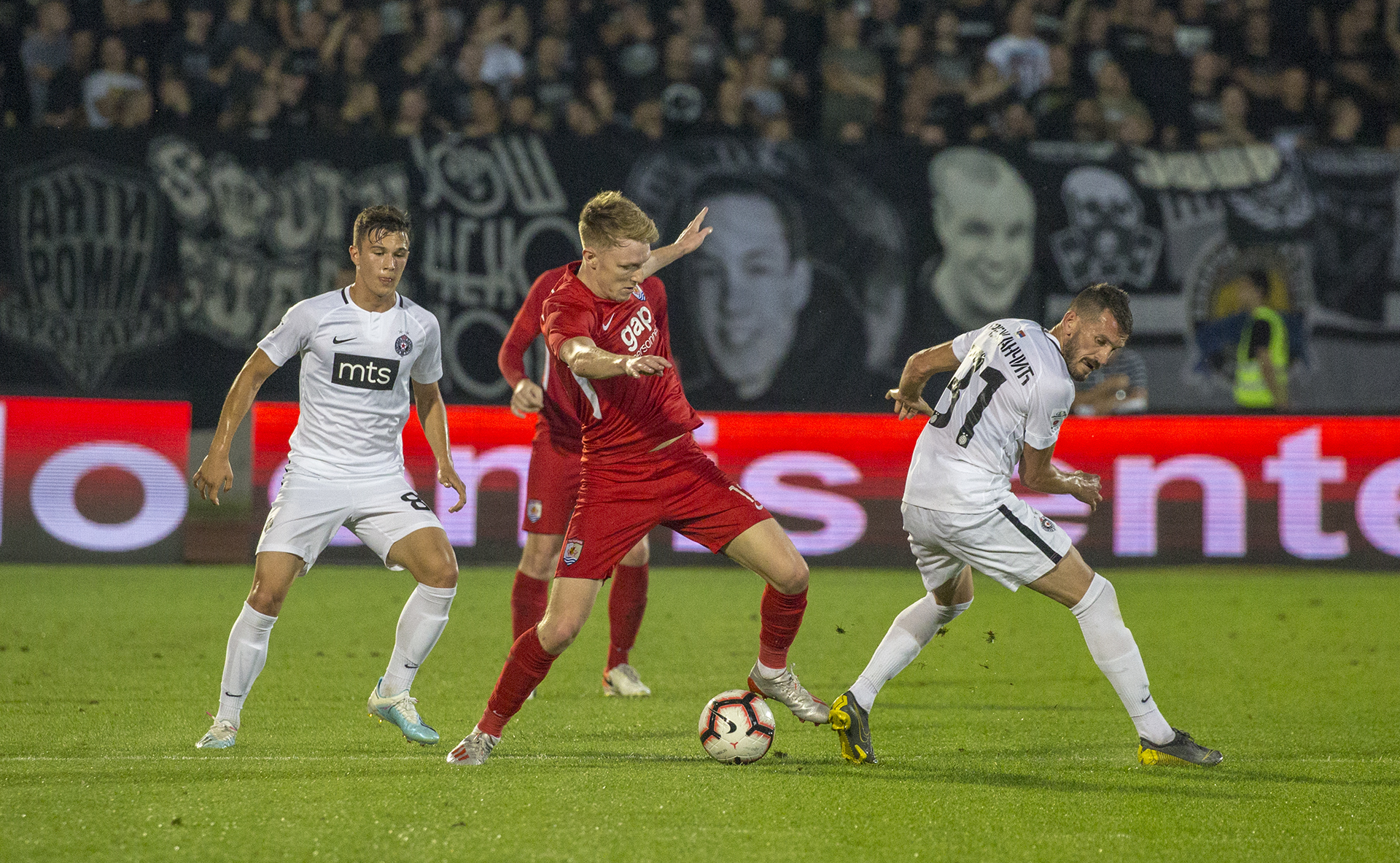 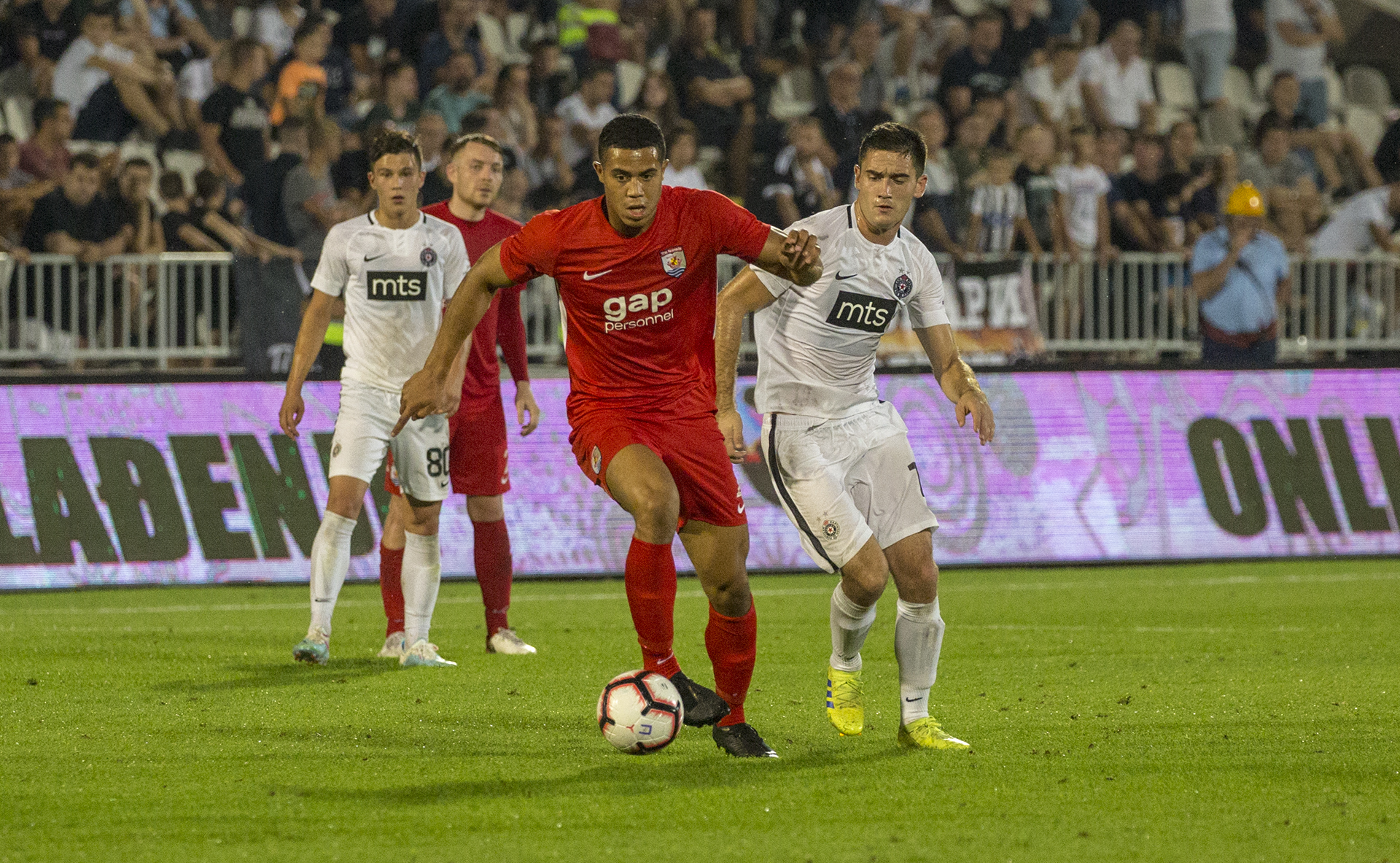 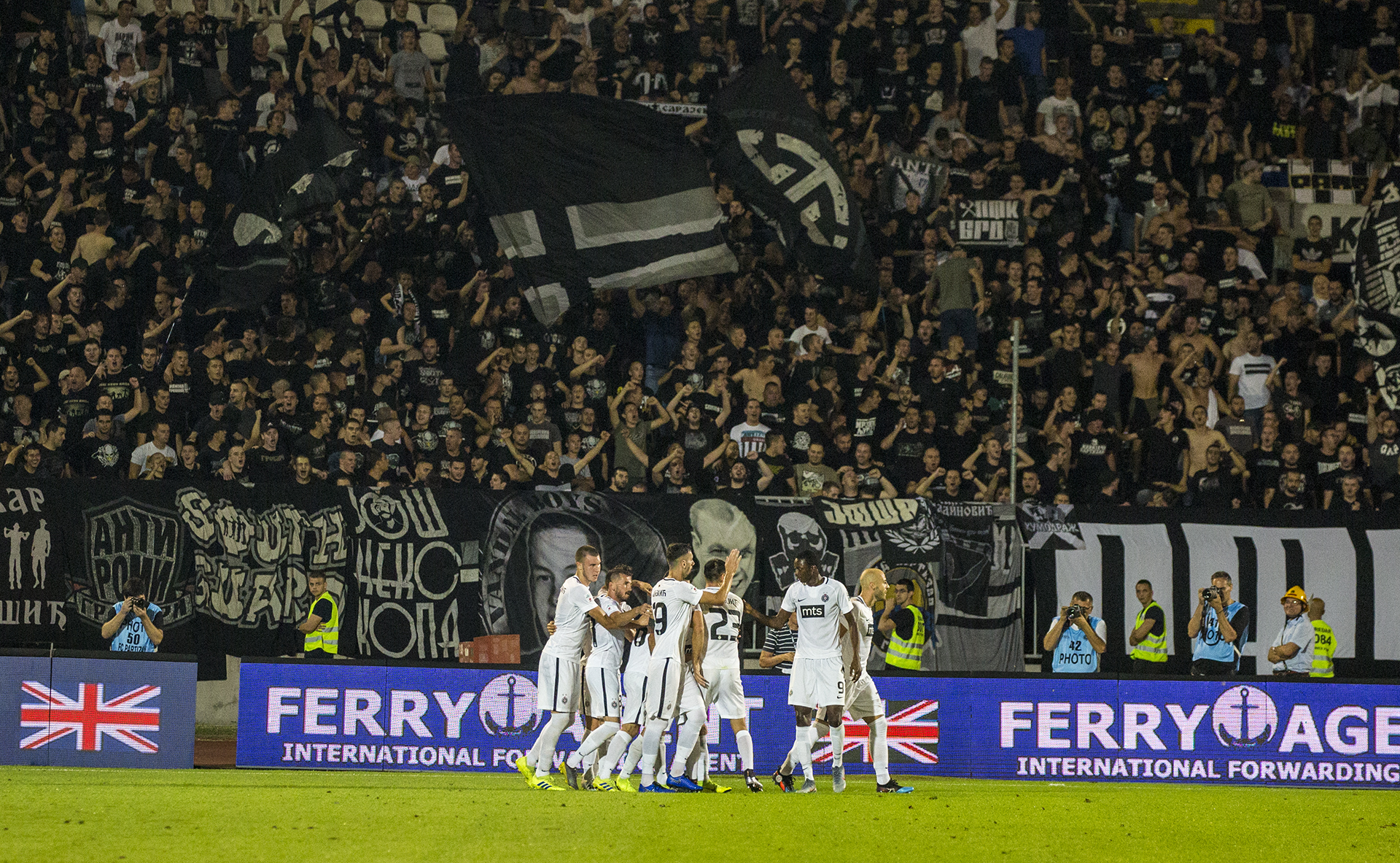