Connah's Quay Nomads bowed out of the Tunnocks Caramel Wafer Challenge Cup on Saturday afternoon after a 2-0 defeat to Partick Thistle.

A 33rd minute Raffa De Vita goal sent the hosts ahead, with a further 76th minute strike from James Penrice proving enough to knock Nomads out of the Scottish competition.


The Nomads arrived in Scotland with their reputation well and truly before them, having made headlines as runners up to Ross County in the same competition last year, and shocked the SPFL's Kilmarnock with a 3-2 aggregate win over them in the Europa League first qualifying round in July.

The tie was the Nomads' reward for their third round win over Cove Rangers in September, whilst bottom of the Championship Partick Thistle had beaten Montrose 2-0 to set up the all-Celtic clash.

Andy Morrison's side came into the game in strong from, remaining undefeated in all competitions, having most recently come back from 0-1 down to win 2-1 at Carmarthen in the JD Cymru Premier. Meanwhile, Partick Thistle had lost 1-0 to Queen of the South to continue their stuttering start to the season.

Connah's Quay made only one change to their line up against Carmarthen, with Declan Poole replacing Jamie Insall who started on the bench. Poole joined Michael Wilde and Michael Bakare as part of the Nomads' attacking line up, whilst captain George Horan started alongside the likes of Danny Holmes and John Disney in defence.

The Nomads started the game brightly, nearly taking the lead in only the 2nd minute, when Michael Wilde beat keeper Scott Fox in the air and off his line, but had his subsequent 12 yard shot towards the open goal cleared by a chasing defender.

Encouraged by this early warning shot, Connah's Quay kept their discipline and targeted the Partick Thistle end with set pieces, whilst Priestley Farquharson was proving highly effective in defence, keeping out runs from the likes of Osman Kakay.

In the 12th minute, Partick Thistle had a shot on goal through a 12 yard Joe Cardle volley which was well caught by Nomads' keeper Lewis Brass.

At the other end in the 18th minute, Wilde again went close after a long throw in into the Partick area from Farquharson. He received the ball near the six yard box, but was tackled as he looked to strike at close range.

In the 22nd, ex-Rangers and Celtic man Miller showed his attacking pedigree, forcing Brass to push a bullet header of his wide.

The next ten minutes saw the game settle, with both sides looking to find a breakthrough but without creating any major chances.

However, the opener came in the 33rd, when a quick piece of play from Partick saw Ryan Williamson cross to Italian De Vita, who converted a header to give his side a 1-0 lead.

Nomads looked to retaliate quickly, with John Disney being blocked with a shot from 23 yards in the 35th minute, followed by a Michael Bakare effort from the edge of the area floating out for a goal kick.

On 39 minutes, Miller again threatened with a half volley from around 20 yards, but Brass dealt with it by pushing the ball out for a corner.

Nomads came out for the second half knowing they remained well in the game amid their search for an equaliser. They hit the Partick half quickly, winning a throw in which was headed wide by Wilde in the 46th.

With the likes of Bakare and Poole running down their respective wings, Andy Morrison elected to boost his attacking line by introducing Jamie Insall in place of Jay Owen as the hour mark approached.

On 62 minutes, Miller continued to be frustrated by keeper Brass, who rushed off his line to sweep the ball away from the striker, who had nearly went clear in front of the Nomads goal.

Two minutes later the Nomads went close to equalising when a Callum Roberts cross went close to Wilde in the Partick six yard box, but the ball was cleared out for a corner.

The corner gave them an even bigger chance, as Bakare's delivery was headed by George Horan who saw his close range effort cleared off the goal line at the last second.

In the 68th, Kenny Miller again went close to scoring, getting on the end of a cutting move from his side, but shooting over from around eight yards.

The Nomads went into the final 20 minutes of play still battling the Jags for an equaliser, but in the 76th, the home side went 2-0 up thanks to a James Penrice finish from close range.

The goal gave Partick a strong lead as the game approached its latter stage, but the Nomads continued to look for opportunities to get back into the encounter, with a good turn and strike from Insall going just wide from eight yards in the 79th.

The final 10 minutes saw Sameron Dool and Kris Owens come on in place of John Disney and Callum Roberts respectively, but the young Nomads' efforts to launch a late comeback were undone by the hosts, who focused on holding onto the possession for the remainder of the game.

Andy Morrison's side now turn their attention to maintaining their undefeated record in the JD Cymru Premier, facing Caernarfon Town at Deeside Stadium on Tuesday 15th October for a 7:45pm kick off. 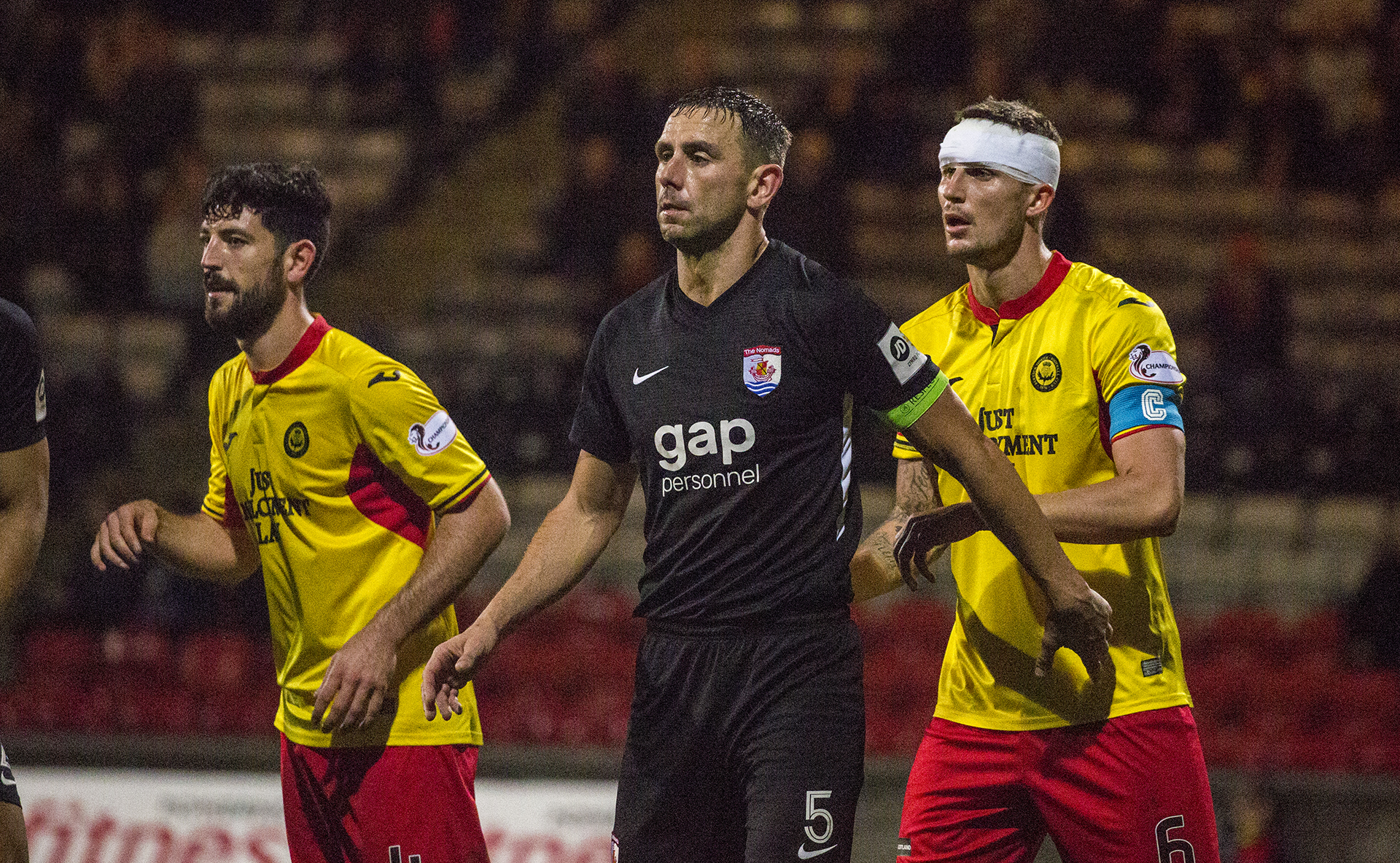 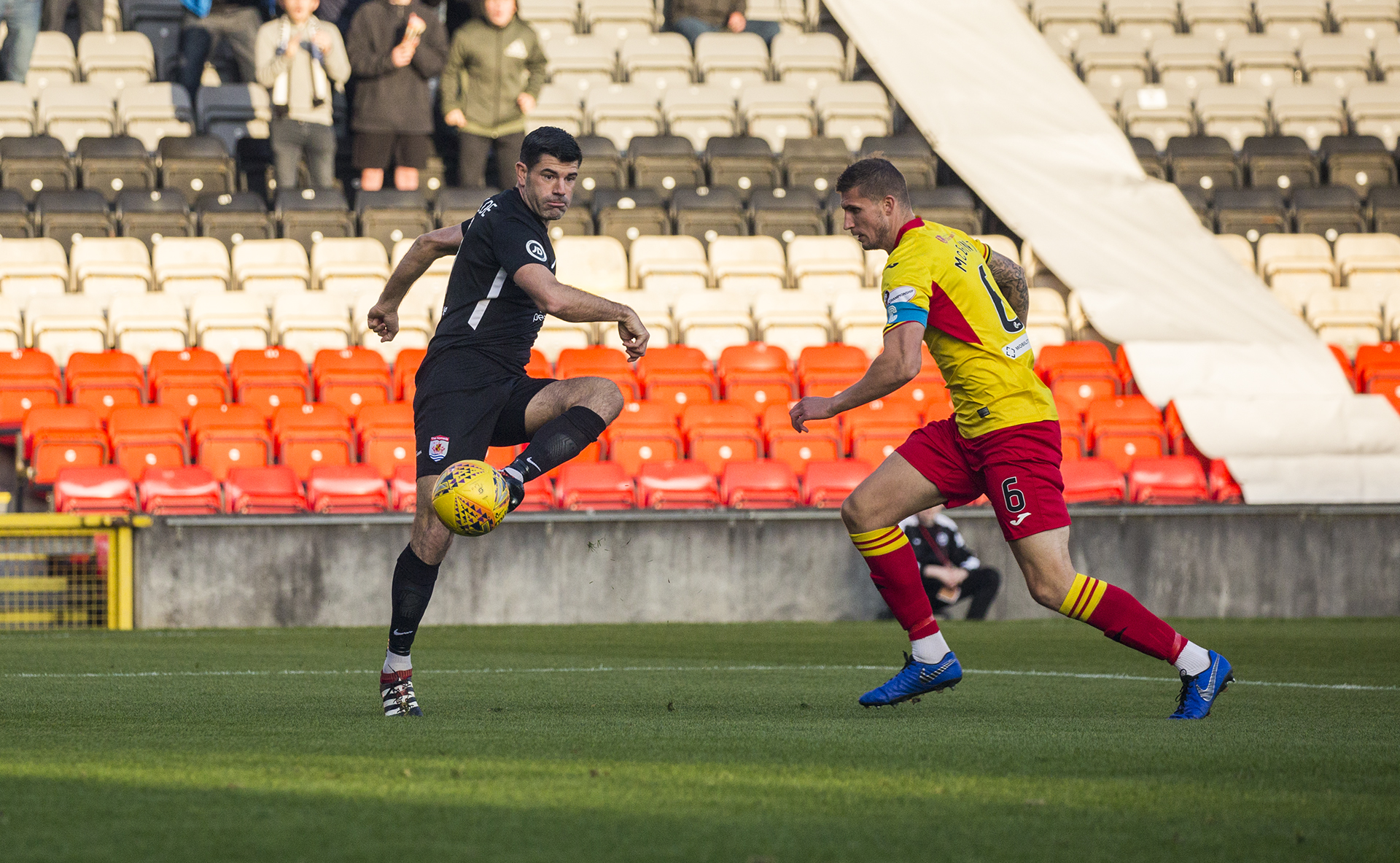 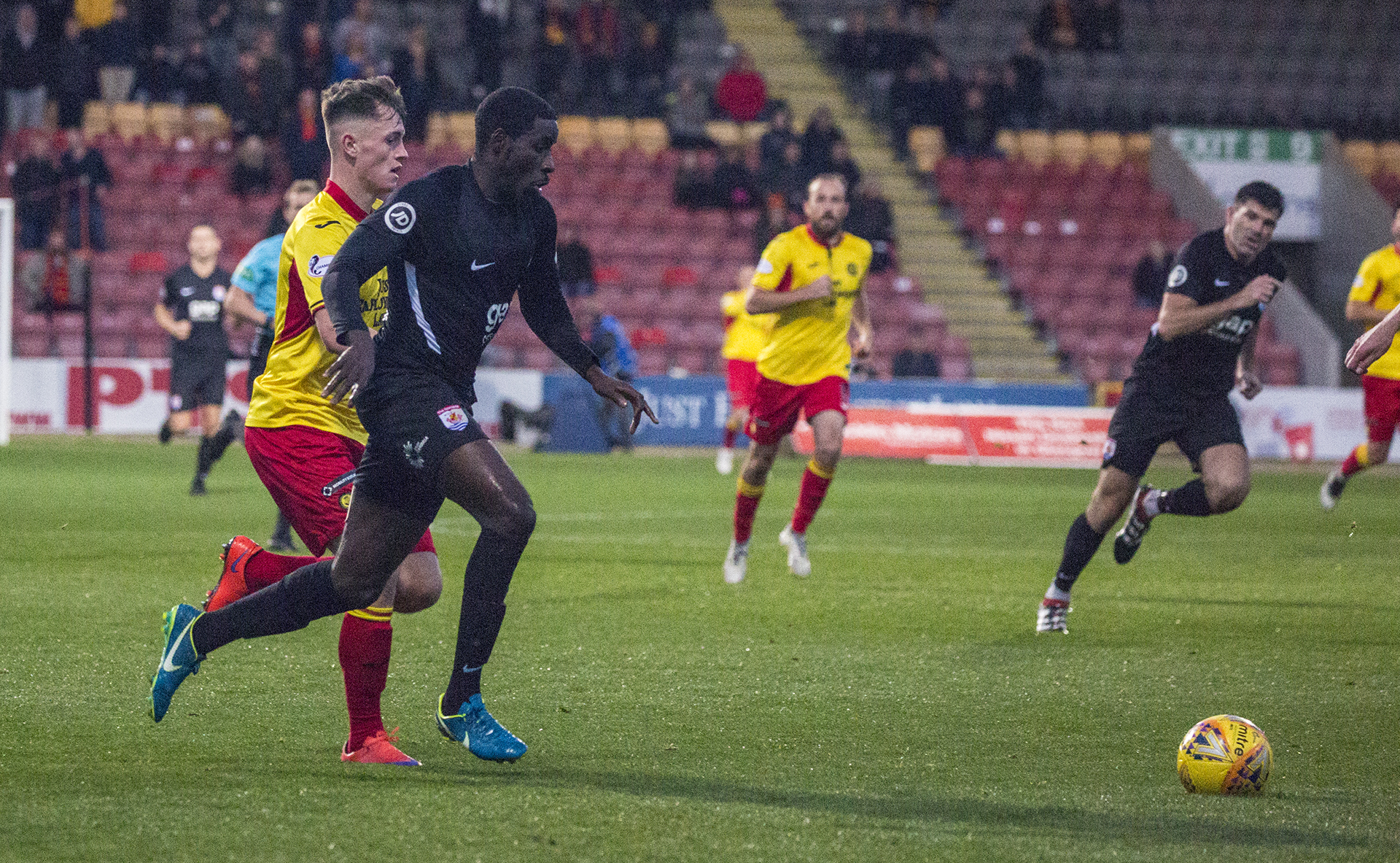 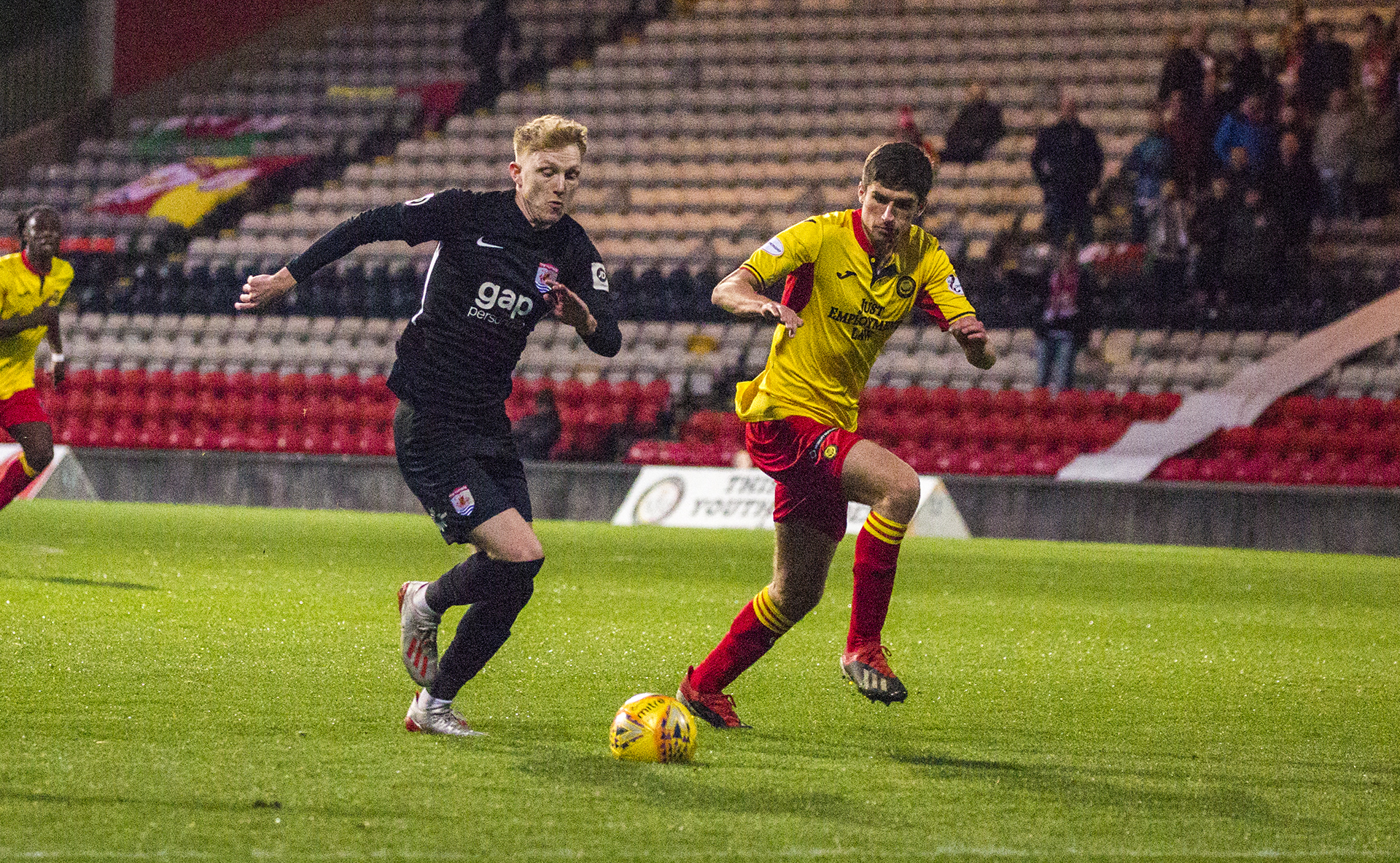 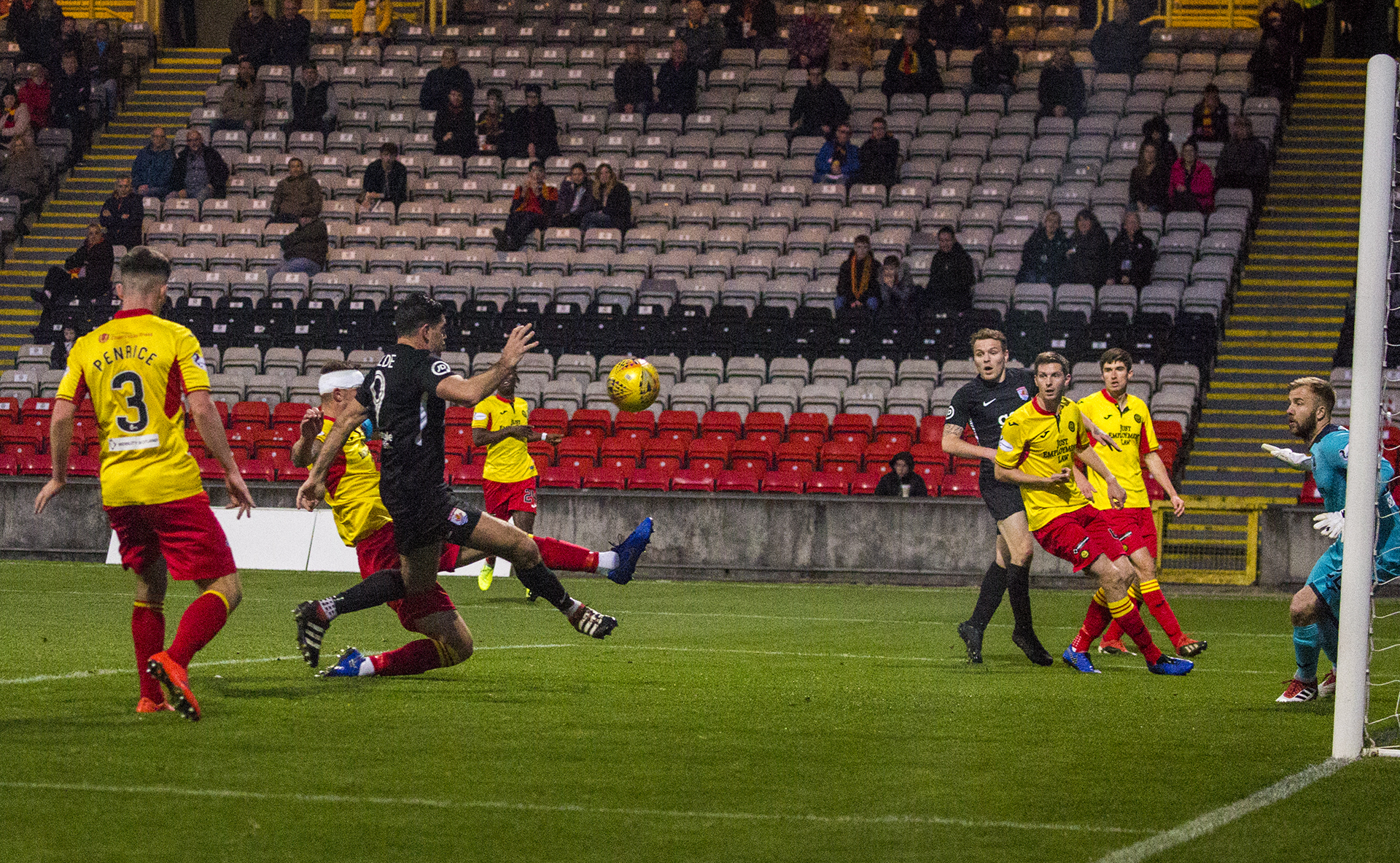