Connah's Quay Nomads romped to the quarter finals of the JD Welsh Cup with an 8-0 win over JD Cymru South side Afan Lido on Saturday afternoon at Deeside.

Michael Wilde and Michael Bakare sealed hat tricks, with George Horan and Jamie Insall also getting on the scoresheet in the fourth round cup clash.

The fourth round cup clash saw Nomads face Afan Lido for the first time in six years, having gone against them regularly under former manager Mark McGregor in the then Welsh Premier League.

Nomads came into the cup tie off the back of a narrow 2-1 loss over TNS in a top of the table clash. Andy Morrison made four changes from that game, with Jay Owen, George Horan, Danny Harrison, and Michael Bakare all returning to start.

The game got off to an attacking start for the home side, with Callum Morris forcing keeper Scott Coughlin into a low save with his foot in the first minute.

In the 7th, Jamie Insall threatened with a shot off the crossbar after a through ball from Farquharson sent him clear, but the offside flag went up against him.

But on 14 minutes, Michael Wilde found the goal Nomads had been looking for with a bicycle kick on the goal line after a cutting run and cross from the byline by Bakare.

After the opener however, Afan Lido nearly hit back via Kaid Mohamed in the 19th, when he got eight yards out from the Nomads goal to strike against the left post.

The visiting JD Cymru South side were growing into the game, and increasing their possession in the Nomads' half to send a header just wide from a corner in the 22nd.

Nomads replied to this pressure in the best way possible, as George Horan doubled their lead in the 24th, sending a bullet header in from a Michael Bakare corner.

The goal gave Nomads full control of the game, and they set about to increase their goal tally for the remainder of the first half.

There may have been more goals for Connah's Quay if not for keeper Scott Coughlin, who pulled off a number of good stops in the first half, denying both Insall and Horan headers after great build up play from Nomads.

Just as the game looked to be staying at 2-0 for the interval, Michael Bakare got the third with a well struck half volley from around 15 yards out going into the top left of the net in injury time of the first half.

After a half time substitution saw Callum Roberts replace Kris Owens, Michael Bakare wasted no time after the restart, scoring his second on 50 minutes in a classic play to the whistle scenario.

A clash in the area saw a Lido player go down, and with most expecting the whistle to go for a foul, Bakare continued to dummy his way past keeper Coughlin and shoot into the empty net from close range.

A minute later, he sealed his seven minute hat-trick with a scintillating run into the area to shoot from around eight yards out and into the low right corner.

With Nomads leading 5-0, Andy Morrison made his second change, bringing on defender John Disney in place of Danny Holmes.

The hour mark passed and Nomads weren't resting on their laurels as they were attacking the Lido area repeatedly with strong runs from the likes of Farquharson.

This paid off in the 62nd minute, when Wilde got himself in a great position to score from close range to get his brace and make it 6-0.

Sameron Dool was then brought on in place of Jay Owen to join a Nomads side playing some great passing football with a comprehensive control of the game.

The home crowd had to wait until the 76th for the seventh goal, which came via Jamie Insall who took his goal tally to 15 for the season.

Wilde beat the offside trap and squared a cross from the left wing, allowing him to convert with a sliding effort from close range.

On 83 minutes Bakare nearly made it four when after a corner, he received the ball near the corner flag from around 22 yards and floated an effort against the left post.

But three minutes later, the eighth goal did come from Michael Wilde when he sent a half volley lob over keeper Coughlin and onto the goal line, where despite a follow up from Bakare the ball had already gone in to give Wilde his hat trick.

The Nomads now turn their attentions to next Saturday's Nathaniel MG Cup final against STM Sports at Newtown's Latham Park for a 5:15pm kick off, broadcast live on Sgorio. 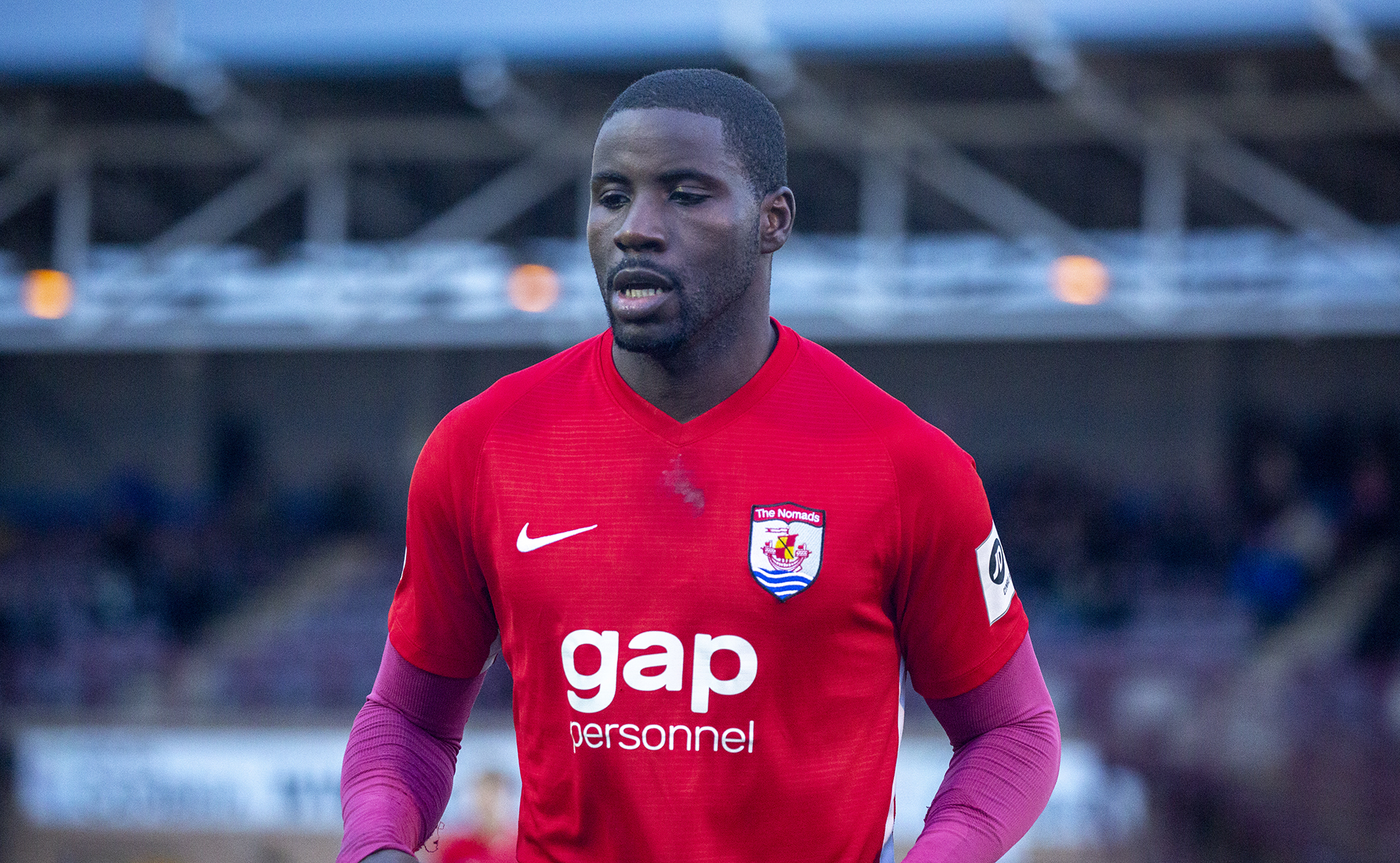