Connah's Quay Nomads went top of the JD Cymru Premier on Friday evening with a 4-0 win over Caernarfon Town at Deeside.

A George Horan double gave them the advantage at the break, before strikes from Craig Curran and Michael Bakare sealed a vital win for Andy Morrison's side.

The Nomads were returning to Deeside for the first time in three weeks, having since defeated STM Sports to claim the Nathaniel MG Cup, and beaten Barry Town 0-1 in a tight away win to open their Championship Conference campaign.

Following that victory, Andy Morrison made just two changes to his side, bringing in Callum Roberts and Kris Owens as he looked for a win to keep the pressure on league leaders, TNS, who sat top of the table by just one point.

His counterpart and newly-appointed Caernarfon manager Huw Griffiths was meanwhile looking to bounce back from a 1-0 loss against Bala Town, and named the likes of Danny Brookwell, Sion Bradley, and ex-Nomad Jamie Crowther.

The evening couldn't have started better for Nomads, as within the first two minutes, George Horan took the lead.

After a cross from the right wing from Danny Holmes reached the area, Horan rose up near the back post to head in and give Nomads an early 1-0 lead.

They used the quickfire goal to quickly gain control of the encounter, limiting Caernarfon's possession across the field as they went on to target more goals at the Cofi's end.

Callum Roberts and Declan Poole were proving effective on the wing, sending good crosses in where the likes of Wilde were looking to get headers on goal.

Wilde did just that in the 15th minute after a half volley from Roberts deflected and went up into the air, heading up and over the Caernarfon goal from around six yards.

A blistering run down the wing from Poole two minutes later then won a throw in near the Caernarfon end, which saw Nomads keep the ball in the Cofi's end.

And that pressure paid dividends, as they went 2-0 up as George Horan secured his brace after just 23 minutes. He got the ball in the area, chested it down and hit a half volley past keeper Alex Ramsay to extend his side's lead.

With half an hour played, the Nomads were in control thanks to Horan's brace and a composed performance across the pitch.

They were still looking for a goal before the break, with Craig Curran heading over on 37 minutes as he looked to open his Nomads account in his first game at Deeside since signing in January.

Before half time came, Caernarfon did have a chance to reduce the deficit, but Lewis Brass was there to push a 20 yard effort around his left post to force a corner which was subsequently cleared.

The second half opened in a more even fashion to the first, with Caernarfon growing into the game to win a corner in the 48th, although Lewis Brass remained relatively unchallenged in his goal.

As the hour mark approached Andy Morrison rung his first change, bringing Michael Bakare on in place of Declan Poole as Nomads looked to add further goals to their game.

Bakare got involved immediately, holding up the ball in the Caernarfon end and using his pace to get past defenders and send dangerous looking crosses into the area.

In the 68th, John Disney was brought on to replace Jamie Insall to help keep what would become Nomads' fourth consecutive clean sheet intact.

Nomads kept their discipline against a Caernarfon side still willing to find a way back into the game, making it 3-0 on 76 minutes, with a goal from Craig Curran, to all but secure the three points.

The newly signed striker went clear in front of the Caernarfon end, and out paced the chasing defenders to fire a shot past the inside of Ramsay from around eight yards out.

Andy Morrison's third and final substitution handed a debut of different sorts, as he replaced Callum Roberts to bring on Aron Williams, who returned to the club from Buckley Town in January having first appeared for Nomads in 2013 after graduating from the academy.

Already familiar with Deeside, he got stuck into the action quickly with a dangerous looking cross into the Caernarfon area as the game entered the final ten.

Nomads showed no sign of letting up, with Wilde nearly getting on the scoresheet as he went one on one with Ramsay off his line, who managed to block Wilde's effort with his legs.

But Connah's Quay did eventually get a fourth, as Michael Bakare stepped up to send a piledriving strike in from around 12 yards on 83 minutes.

Cei Connah yn camu i frig y gynghrair@the_nomads climb to the of the #CymruPremier pic.twitter.com/0zeJMPNCrv

Nomads' victory was confirmed at Deeside, but their night wasn't over there, as they awaited the full time result of TNS' clash with Bala Town to see if they would spend the next week in 2nd or 1st place of the JD Cymru Premier.

And a 1-1 score line at Maes Tegid sent them top of the league by one point, setting up a grandstand 1st v 2nd game between Nomads and TNS next Friday 21st February at Deeside for a 7:45pm kick off. 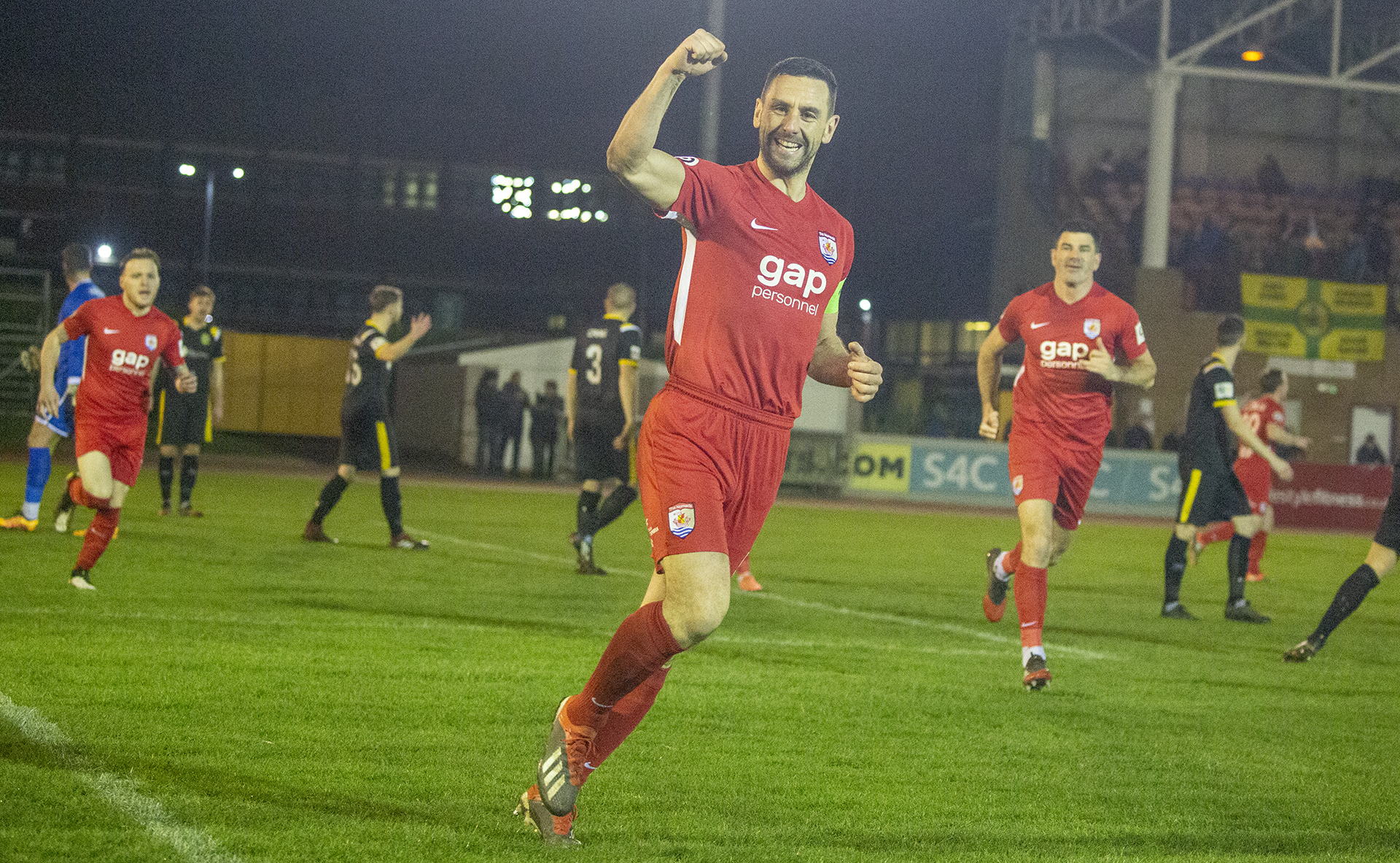 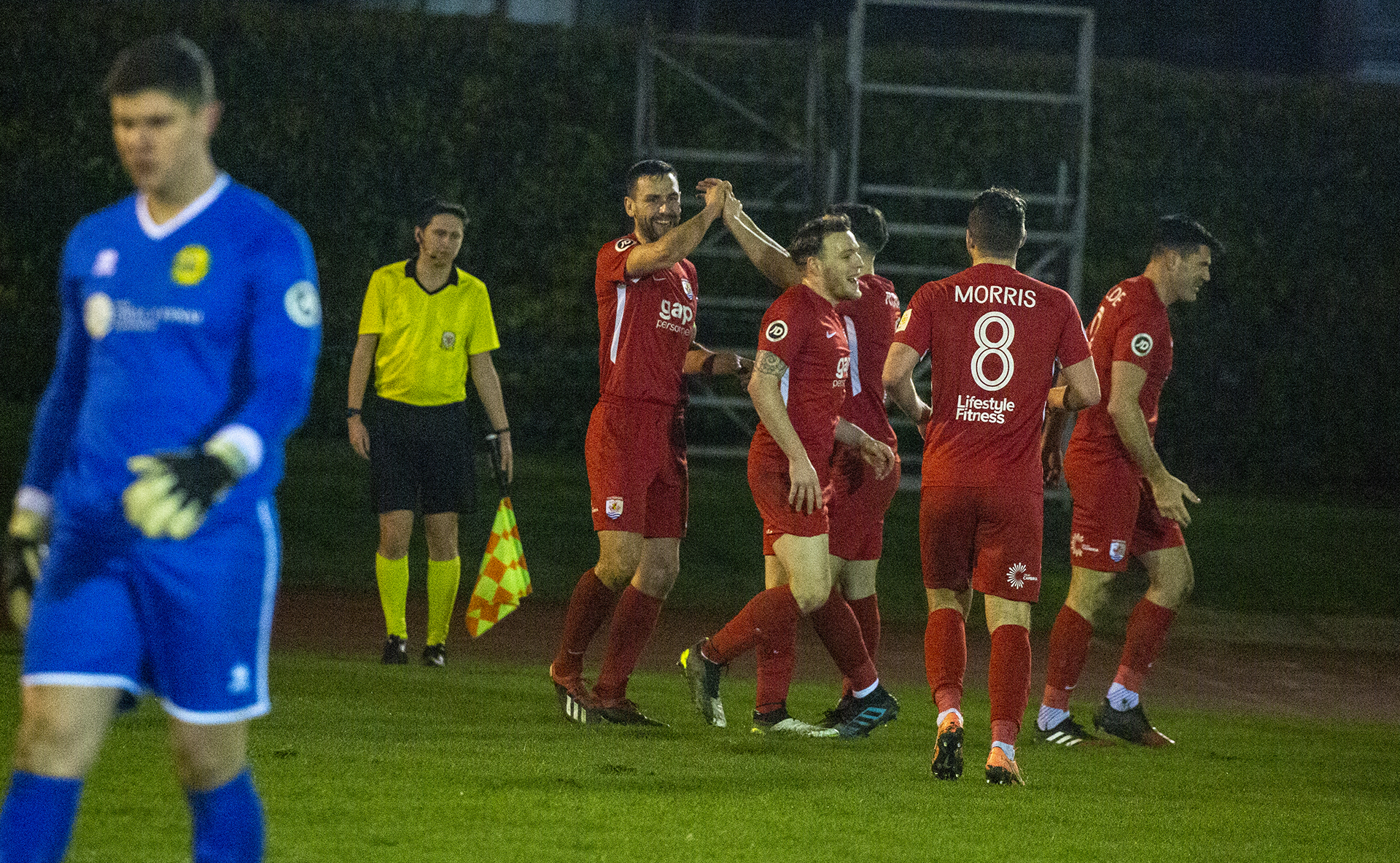 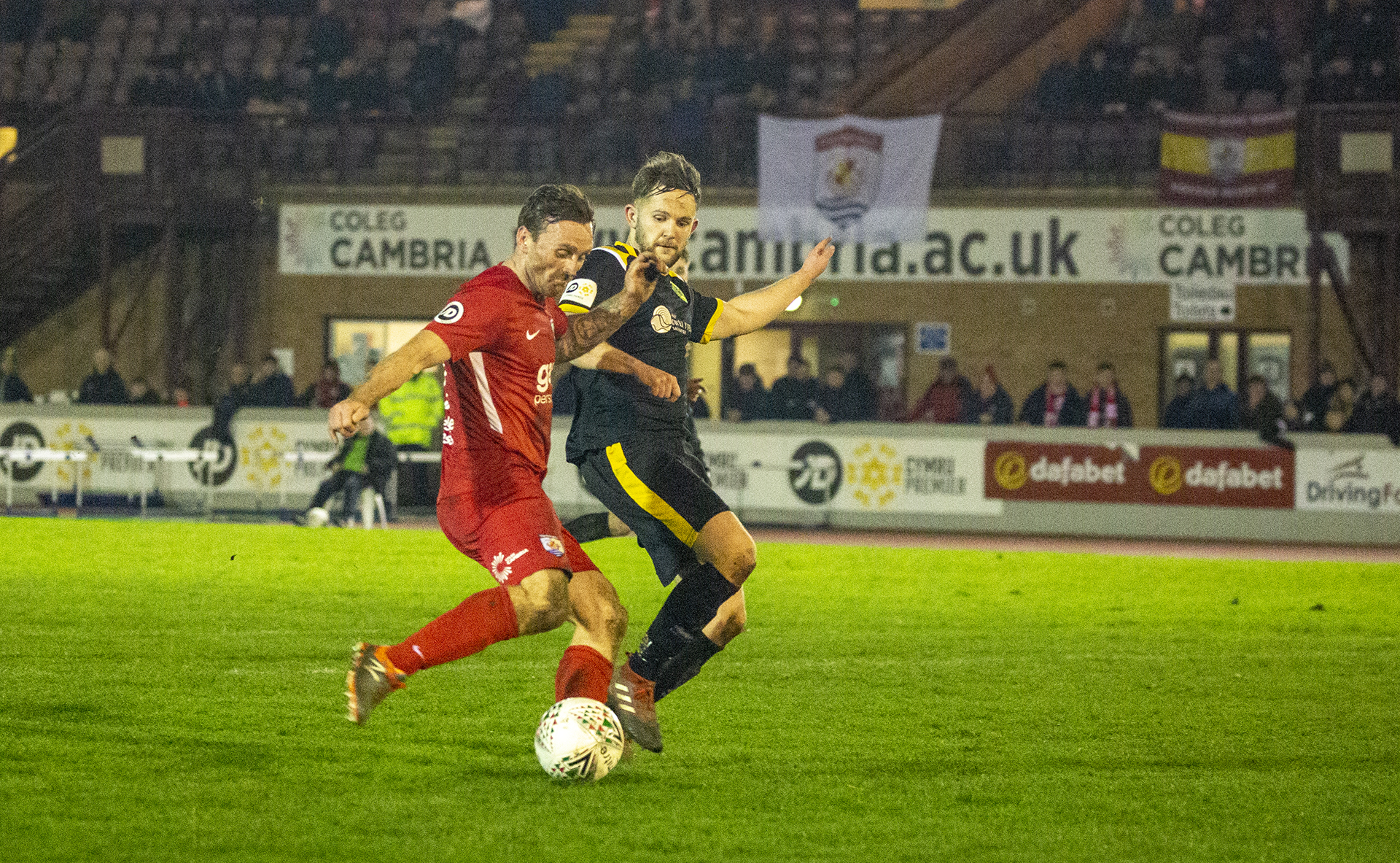