Connah's Quay Nomads exited the JD Welsh Cup at the quarter final stage on Saturday afternoon with a 2-1 defeat to Cardiff Met at Deeside.

George Horan sent the Nomads ahead in the first half, but goals from Chris Baker and Eliot Evans sent the students into the last four of the competition.

The Nomads came into the game looking to reach their fifth consecutive JD Welsh Cup semi final, having won the prestigious domestic cup in 2018 and came runners up in the previous season.

And Andy Morrison's side arrived at Deeside in strong form, following home wins over Caernarfon Town and a dramatic 1-0 win over TNS in the JD Cymru Premier to send them top of the table by four points.

The Nomads boss made only one change from that game, replacing the injured Priestley Farquharson with John Disney in defence. Cardiff Met manager, Christian Edwards, meanwhile started the likes of Eliot Evans, Chris Baker and keeper Will Fuller.

The game was affected by Storm Jorge from the off, with strong gales coming into Deeside meaning both teams had to battle with tough conditions throughout.

Nomads kicked off with the wind in the favour, and looked to take full advantage by keeping the ball in the Met half with the likes of Craig Curran and Jamie Insall looking to get shots away early on.

The first major chance came in the 8th minute, after Curran was fouled in on the edge of the area for a free kick to Nomads. Kris Owens stepped up and sent an effort rattling off the crossbar in an early warning for the visiting Students.

On 12 minutes, Nomads had another opportunity close to goal, with Jamie Insall nearly connecting a bicycle kick from six yards in a packed Cardiff Met area before the ball was eventually cleared.

George Horan was using his height and strength to threaten for Nomads, seeing a header denied by keeper Fuller who had to push the effort over his crossbar and out for a corner.

With half an hour played the Nomads were dominating the possession and still looking for an opener as the wind continued to hamper the game.

This was seen when Met lined up a free kick on the halfway line to send into the Nomads' area, but it instead blew back to Fuller in goal such was the strength of the gale at Deeside.

Kris Owens' in-swinging crosses were again proving effective for Andy Morrison's side, with one of his deliveries heading towards goal only to go just over the crossbar from 30 yards out on 36 minutes.

But in the 37th, Nomads finally found the goal they'd been looking for through George Horan, who rose highest in the Met area to head in from around seven yards and give Nomads the lead.

The hosts were on top as half time neared, but the game was brought level during an additional two minutes of injury time by Chris Baker.

A well worked move saw them get into the Nomads' final third, where Baker was waiting to slot home from eight yards to find the equaliser before the whistle for the interval.

Nomads now had the challenge of looking for a goal against the strong winds, and wasted no time in getting upfront after the restart, with Insall missing out on a connection for a shot from seven yards in the 48th minute.

As the half went on, Met, with the wind on their side, began to put the pressure on Nomads. In the 57th, they forced a good save from Lewis Brass via a Eliot Evans free kick from 20 yards out, which the Nomads' stopper pushed out for a corner.

Brass was again called into action to punch that corner away, with the secondary corner then floating straight out for a goal kick for Nomads.

With an hour played, Andy Morrison made his first change which saw Jamie Insall go off in place of Ryan Wignall.

But before Wignall could impact the game, Cardiff Met took the lead when Eliot Evans got in front of the Nomads' goal and slotted home from around 12 yards.

The goal gave Nomads a significant challenge as they looked to get back into the tie with the weather worsening at Deeside with 20 minutes of normal time to play.

In the 72nd, Met had a golden opportunity to practically put the game away when Will Evans hit the post and the ball fell to Tim Parker in front of an open goal, but the wind blew away the ball before he could strike it.

With 15 minutes remaining Nomads replaced Craig Curran with Michael Bakare who added to their attacking line in search of a late goal to stay in the competition.

In the 78th, a Kris Owens cross was headed just over by Wilde, and two minutes later George Horan was agonisingly close to a brace as he just missed out on a low cross across the face of the goal from Disney.

Their final substitution saw Sameron Dool come on for Callum Roberts, but despite Nomads' continued efforts for an equaliser, full time confirmed an end to their JD Welsh Cup campaign and their first home defeat since March 2019.

The Nomads now turn back to the JD Cymru Premier, facing Bala Town at Maes Tegid next Friday 6 March for a 7:45pm kick off. 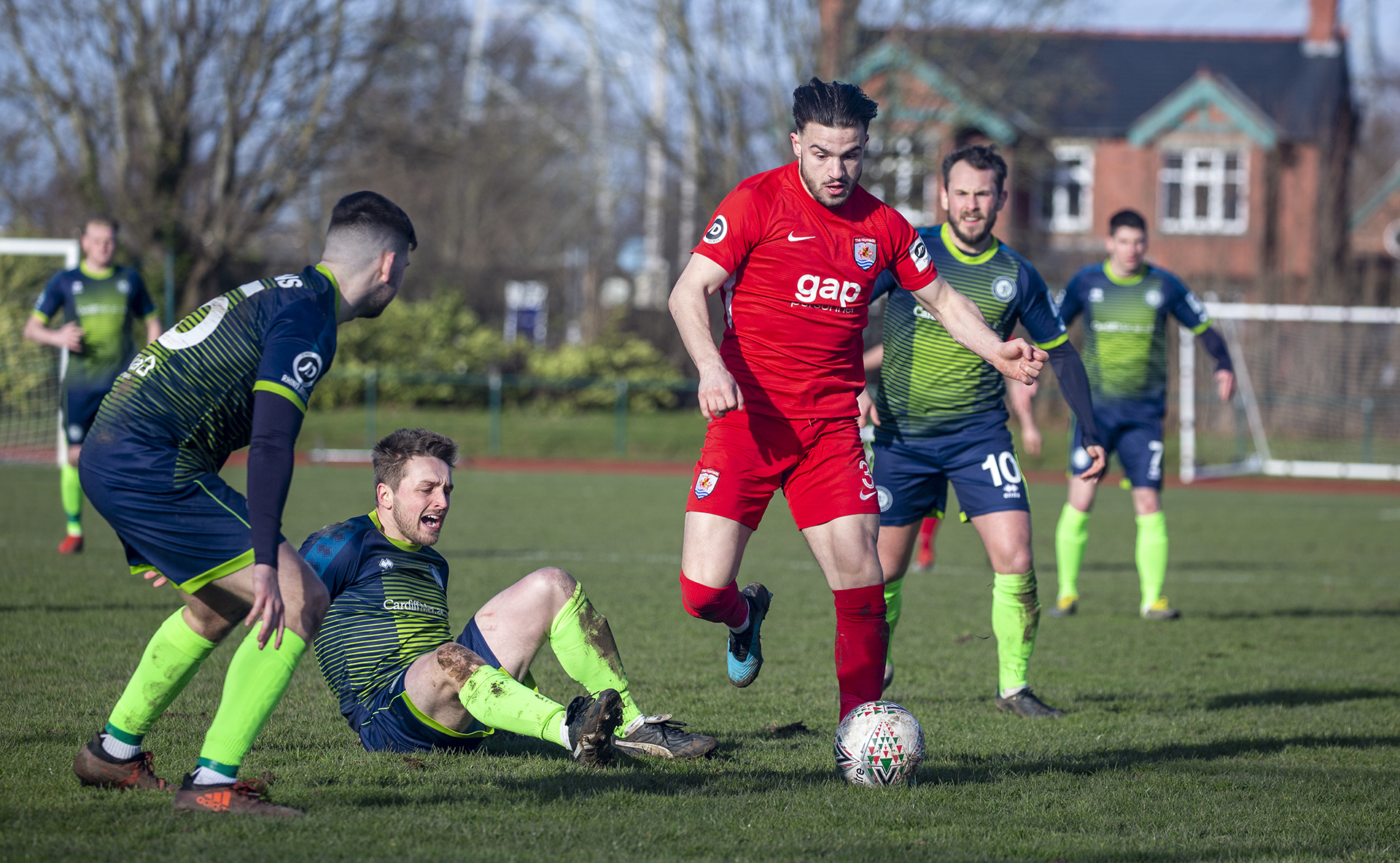 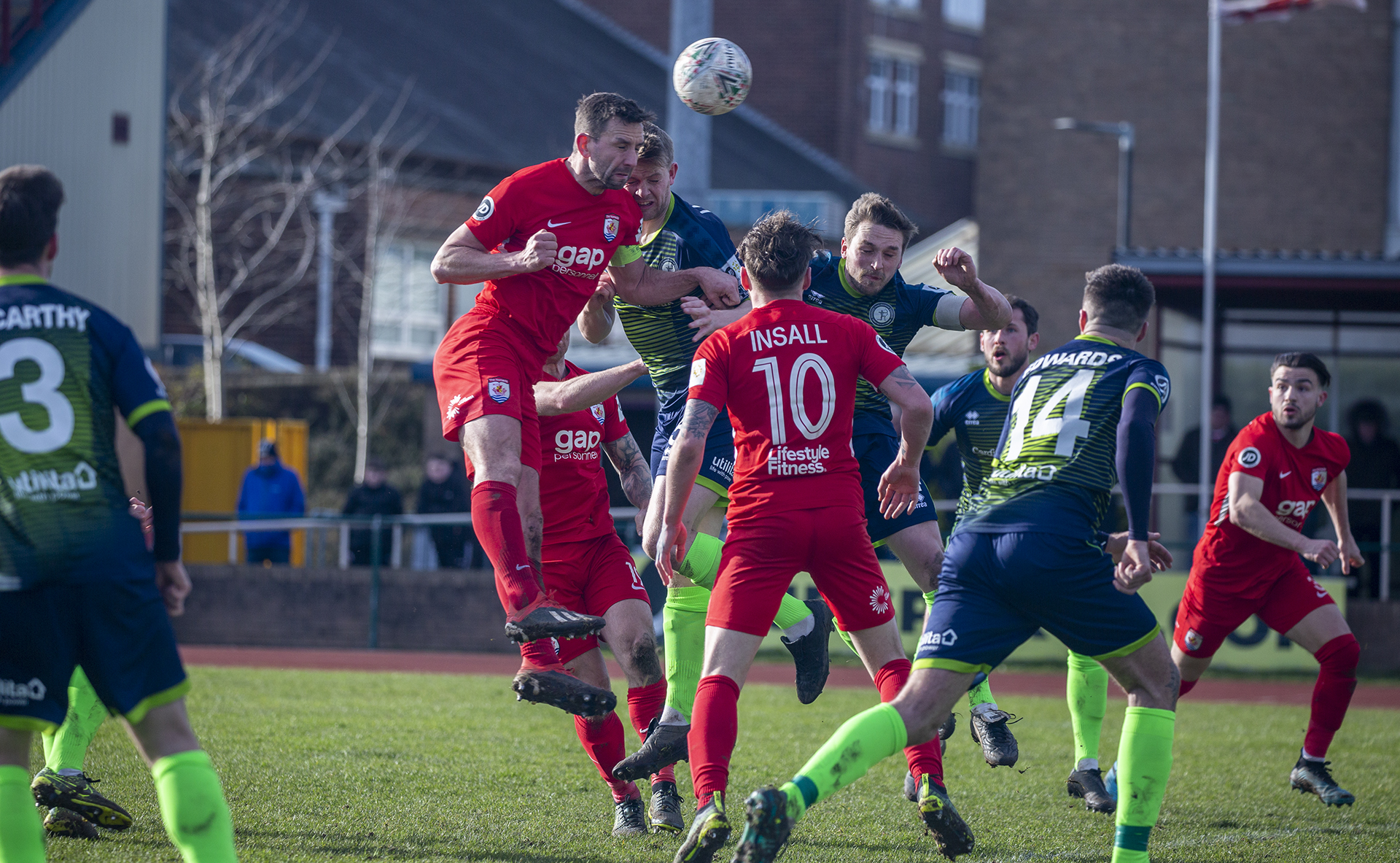 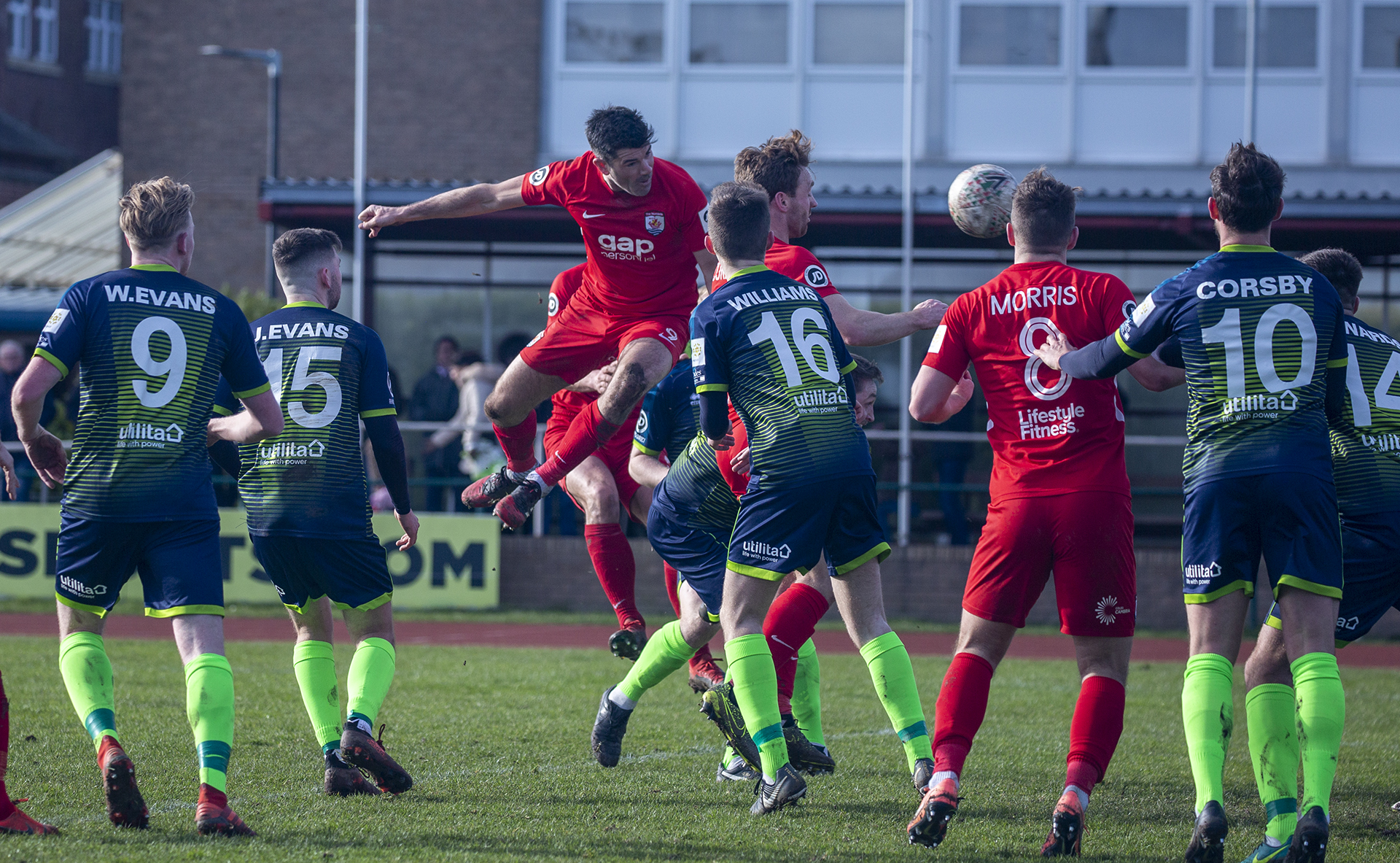 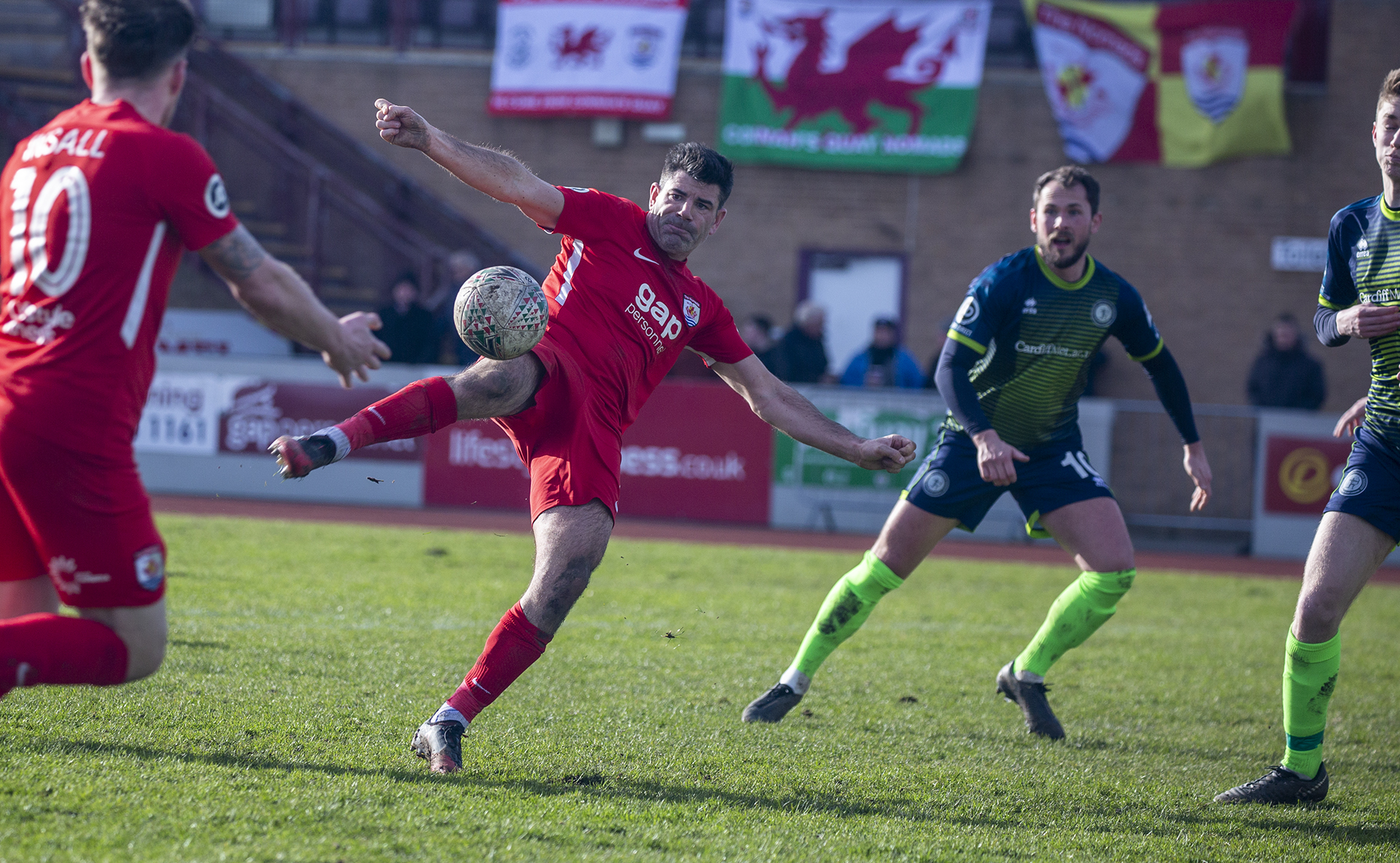 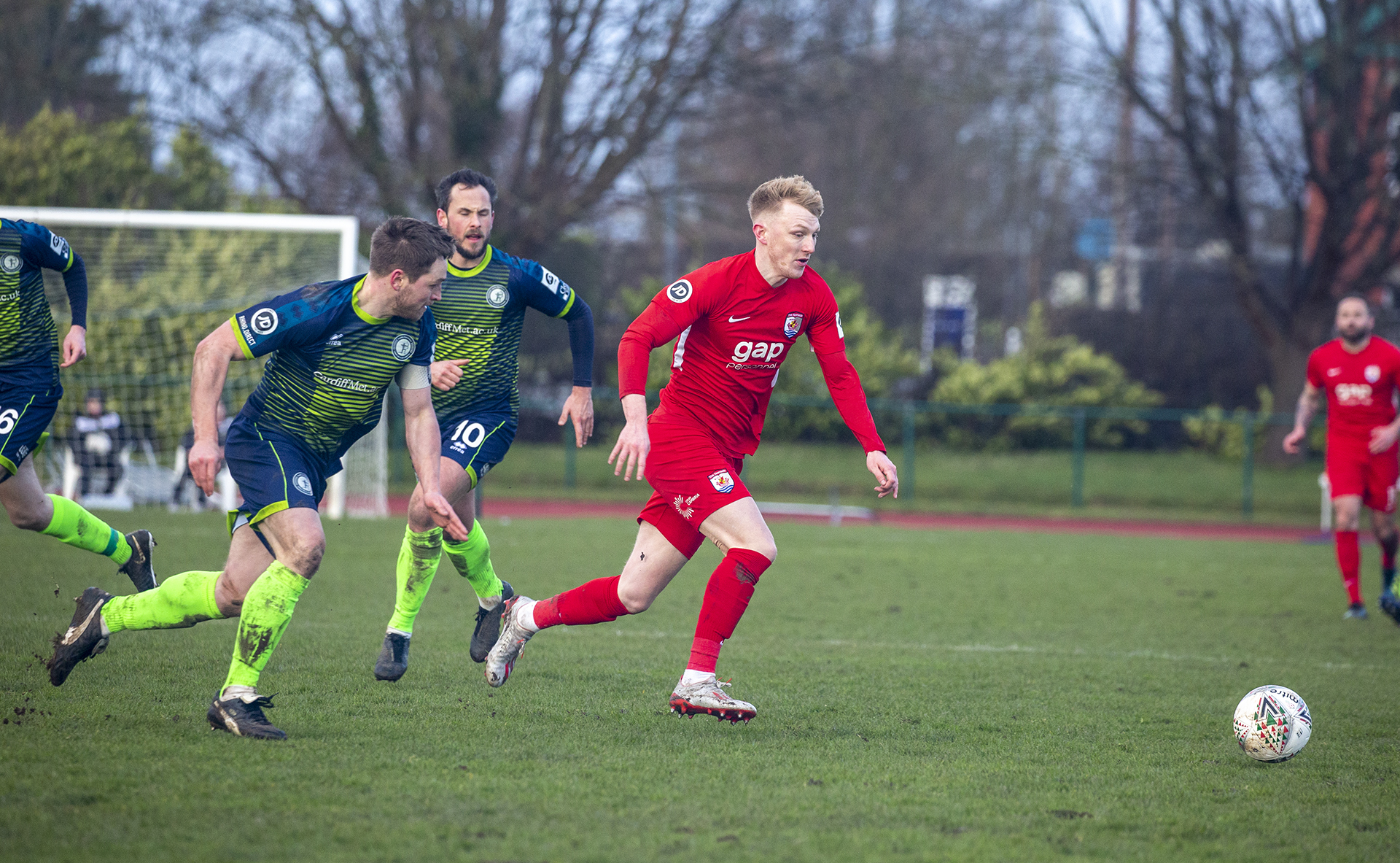