Game of two halves see The Nomads go down at Flint

This pre season derby very easily fit the bill of the old cliche - a game of two halves.

The first half saw The Nomads take a two goal lead into half time before Flint Town came out in the second half and hit three goals to secure the win.

Flint started out fast and forced Nomads' 'keeper Jon Rushton to tip an early shot over the bar. The following corner resulted in a header going high and wide of The Nomads goal and that was about as close as Flint came for the rest of the first half. Nomads' strikers Simon Everall and Mike Hayes were causing the Flint back line trouble with a number of slick interchanges, with Everall using his pace to regularly turn the Flint defence.

After just eight minutes, Everall went close, flicking on a Ricky Evans whipped free kick from the right wing, but saw his effort slie narrowly past the near post. Four minutes later and Mark McGregor found himself free at the back post from a similar free kick but saw his header parried and eventually cleared by Flint's goalkeeper. Hayes and Sharples both had good chances with Sharples going closest with a flicked header from a corner and was unlucky not to score.

The Nomads did start the scoring however, on the 21st minute, as Simon Everall's endeavour and determination saw him intercept a sloppy pass across the Flint back line, before darting thorugh on goal and squaring the ball for Mike Hayes to tap into the net.

The Nomads went on to dominate the first half creating chances and spending the majority of the half camped inside Flint territory, however, it was again another intercepted pass which saw The Nomads open up a two goal lead. Ricky Evans broke up the play in the Flint midfield and slipped in Mike Hayes who cut between the two central defenders before firing down to the goalkeeper's right to make it 2-0 with virtually the last kick of the half.

The second half saw The Nomads make one immediate change with 18 year old Canadian trialist goalkeeper Cameron Ringstead replacing Jon Rushton and he was almost immediately called into action as former Nomad Lee Davey broke through and forced Ringstead to make a good save with his feet 1-on-1. The resulting corner however, was not dealt with as efficiently as Mark Allen flicked the ball on and Ringstead fumbled the ball in to the net, halving the arrears.

The Nomads responded well and on the 58th minute, Mark McGregor saw a header cleared off the line, only for the ball to arrive back in the box shortly after at the feet of Mike Hayes whose half volley skimmed the top of the crossbar as he narrowly missed out on a hat-trick.

The 62nd minute saw the introduction of Jamie Wynne and trialist Mendez who replaced Jack Rowlands and Simon Everall, but there was nothing either could do as six minutes later, Flint broke down the left wing, and a well placed cross was met firmly by the head of Gareth Roberts who headed in off the post to draw the scores level. Flint now had their tails up and six minutes later, the Flint left back found himself in a large amount of space inside The Nomads' half and wound up a left footed strike which thundered off the upright to deny him a stunning goal.

The introduction of Abe Dobson and Shaun Tinsley in place of Craig Jones and Danny Dobbins took The Nomads' Academy presence in the team up further with four players and two trialists on the pitch for the final 9 minutes. Flint's winner came about in more unfortunate circumstances for our Canadian trialist, Ringstead, who came out to claim a looping ball and in the process carried the ball outside of the area. Adam Bailey stepped up and sweetly struck the resulting free kick hard a low into the bottom left corner giving Flint the lead for the first time in the game.

The Nomads tried to fight back but Flint held out in the heat to take the 3-2 victory. As mentioned earlier, the game was very typical of the footballing cliche - a game of two halves. The Nomads led comfortably at half time and it could have been more with the way that Everall and Hayes were combining, but the combination of goalkeeping errors, 5 substitutions and 2 trialists in the team in the second half saw Flint edge the scoreline overall. 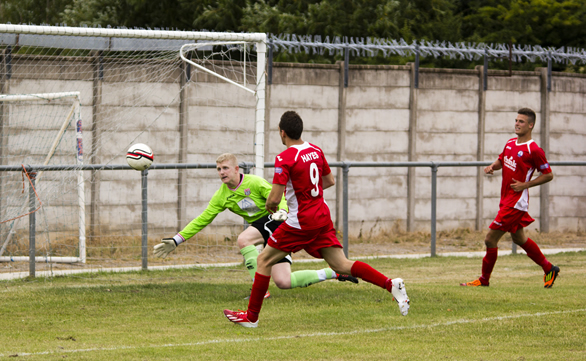 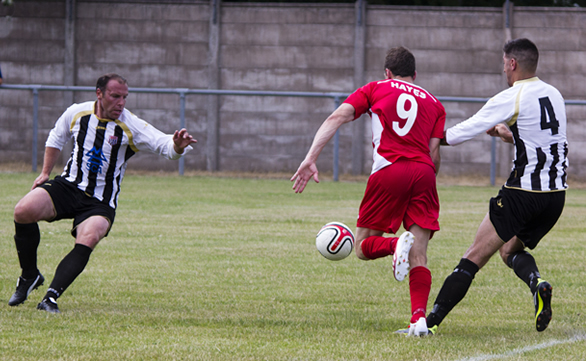 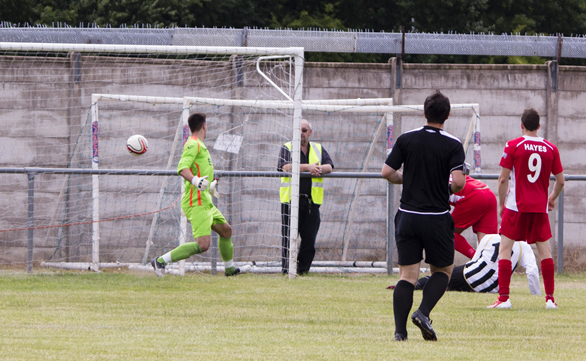 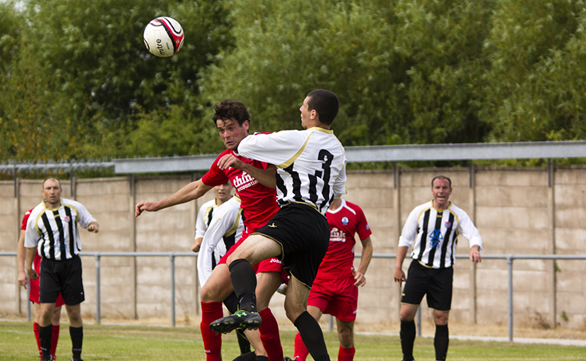 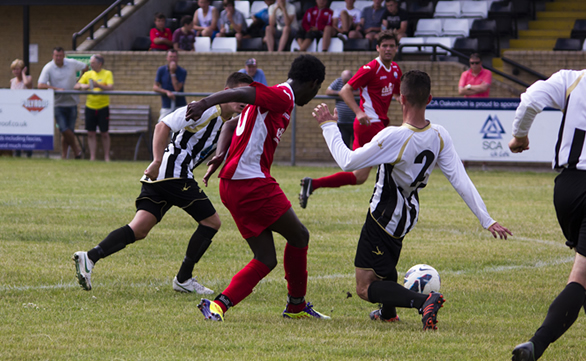