Gary O'Toole netted twice against Flint Town United for the second time this season as gap Connah's Quay Nomads ground out a narrow victory at Cae-y-Castell.

The Huws Gray Alliance leading scorer chalked up his 21st and 22nd goals of a flourishing campaign to sink a determined Flint side and, in doing so, handed Nomads the league double over their traditional rivals.

O'Toole opened the scoring inside five minutes after a wind-assisted punt caused mayhem for home 'keeper Leigh Williams, then the hot-shot striker doubled his tally on the hour with a well-placed effort from Jamie Petrie's cross.

But a late rally, sparked by Simon Thelwell's close range header, gave Flint hope only for Nomads to hold on for a gritty three points.

Visiting player-manager Mark McGregor handed James McIntosh a start after his substitute heroics at Technogroup Welshpool on Saturday, with Stuart Scheuber making way, whilst teenage Academy graduates Aled Reece and George Baxter each took a place on the bench.

The home side were still smarting from a shock 3-1 defeat to Penrhyncoch at the weekend and took the game to Nomads from the off, winning a corner inside the first minute thanks, largely, to the swirling breeze from the Dee Estuary.

Visiting 'keeper Adam McGee was fortunate to escape unscathed when he fumbled the resulting delivery, and the Nomads defence lashed clear.

Minutes later, McGregor was booked for clipping the lively Shaun Beck some 25 yards from goal and the resulting free kick was hammered goal-wards by Thelwell, but McGee dived low to his right to make a smart stop, gathering at the second attempt.

It was against the run of play, then, when O'Toole gave the visitors a fifth minute lead following a horrific fumble by Williams in the home goal.

A wind-assisted punt up-field cleared the Flint rearguard but a grounded Williams contrived to flap at the ball - allowing O'Toole, who had raced into the area unchallenged, the simplest of tasks to roll the ball over the line.

Nomads took the initiative and created a couple of half-chances in quick succession midway through what was slowly becoming a feisty opening period.

First, a trademark Andy Alston throw was helped on to O'Toole on the edge of the area, but his low shot lacked power and deflected into the arms of Williams, before another Alston rocket eventually reached Ben Collins in the centre - only to see his shot ping-ponged across the box, via Williams, before the home defence scrambled clear.

A succession of corners saw workhorse captain Craig Jones send a half-volley dipping over, via a deflection, and McGregor have a looping header hooked off the line by the defender on the far post.

But just as Nomads looked to be gaining a foothold on proceedings, Flint came back strong and tested McGee through Jack Abraham's dipping half-volley, which only narrowly cleared the bar.

McGee was under fire from a series of dangerous crosses from wide, carrying in the wind and causing some disturbance in the visiting penalty area, but the Nomads backline had enough in their armour to to handle the threat.

At the other end O'Toole was granted a clear chance to double his tally when he raced behind the Flint defence to meet Andy Alston's powerful through ball, but Williams was quick to close the threat down and held on to the striker's first-time effort.

But the home side ended the half on the front foot, particularly after Jones had sliced a Mike Banks cross towards his own goal - McGee diving full-stretch to his right to claw the ball behind for a corner.

The best opportunity the hosts devised came three minutes before the interval when Thelwell's clever reverse through ball played Paul Williams in on goal, but McGee was quick off his line to block - only for the loose ball to find Flint hit-man Beck who could only smash against the top of the post from ten yards.

Flint were unfortunate to trail at half-time and they were quick out of the blocks when the match resumed, creating a series of corners and half-chances early on - most notably Jack Abraham's well-weighted pass finding Beck, who carved out an opening for himself, only for Ben Alston to save Nomads with a well-timed block.

Once again, it was slightly against the run of play when O'Toole doubled his and Nomads' score in the 59th minute.

A punishing quick-fire counter released Petrie down the right wing and his cross picked out an unmarked O'Toole at the far post, who lifted the ball over Williams and into the bottom corner from six yards.

Now trailing by two, Paul Davies threw on Connah's Quay boy Ben Jones in an attempt to salvage some local pride and, after Thelwell had grazed the bar with a powerful effort, the move almost instantly paid off.

A cross from the right was inadvertently flicked on by McGregor at the near post and Thelwell stooped to head over McGee from close range to bring Flint back into the game.

The final twenty minutes were played out almost entirely in Nomads' half as the home side pushed for an equaliser, creating a host of clear-cut chances.

Moments after Thelwell's lifeline, the same player was superbly denied by McGee when through on goal, before towering centre back John Davies headed over shortly after.

Beck then found room to crack a shot goalbound but his effort was diverted behind for a Flint corner, which picked out Davies on the edge of the box - he was charged down by a determined Nomads defence.

Two-goal O'Toole was withdrawn in the final quarter of an hour after the latest in a line of hefty tackles he had suffered, with Sam McNutt thrown on in his place, and from the resulting free kick an unmarked Andy Alston headed straight at Williams.

Home substitute Danny Sullivan then came close with a header of his own, before Petrie picked out McIntosh at the other end with a delightful cross to the far post, only for Williams to brilliantly deny the Nomads striker's header.

With the clock showing the fourth minute of injury time, there was still room for one last throw of the dice for Flint but Beck could only loft the ball over McGee's crossbar from close range after latching on to a long ball.

Too little, too late for Flint, but the hosts will feel aggrieved to have somehow lost this one, whilst Nomads march on to their eighth win on the spin... just. 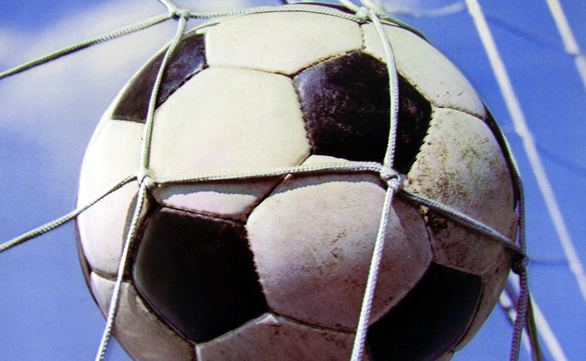