Nomads bounce back at Park Avenue

The Nomads recorded a 3-1 win over Aberystwyth Town in the Dafabet Welsh Premier League on Saturday afternoon.

Chris Jones sent Aberystwyth ahead in the third minute, with The Nomads securing victory in the second half through goals from Shelton Payne, Nick Rushton and Matty Williams.

The game was looked upon as The Nomads' chance to come back from their first defeat of the season, after a 3-0 loss at The New Saints the previous Sunday. Standing in their way were an in-form Aberystwyth Town, who had taken seven points from their last three games as part of a great run of form at home.

Ashley Ruane came straight into The Nomads' lineup after a recall from his loan spell at Cefn Druids, with Michael Wilde and Matty Williams also starting. Academy product Conor Harwood was also included in the matchday squad on the bench.

The game began and The Nomads were immediately rocked by a goal from Aberystwyth in less than three minutes. In the first real action of the game, Chris Jones found himself with goal sight from 25 yards and struck into the bottom right corner of The Nomads' net.

The Nomads looked to retaliate to this early setback, and did so by dominating much of the possession in the first half. They also put pressure on Aberystwyth, forcing two dangerous free kicks in the ninth minute which were both blocked by the home side's defensive wall.

The Nomads were then given a golden opportunity to make things level in the 15th minute, when they were awarded a penalty after Sam Rodon was judged to have handled the ball in his own area. Matty Williams stepped up to take it, but sent the ball wide of the left post, meaning The Nomads were still in search of their equaliser.

The Nomads continued to get at the Aberystwyth goal mouth after this miss, but without seriously threatening goalkeeper Chris Mullock, seen when Ashley Ruane battled on the byline only to see the ball go out for a goal kick.

Michael Wilde did well to connect with the ball in the Aberystwyth area to have a bicycle effort go wide past Mullock's right goal post. This was typical of the first half in which The Nomads created chances but without finding a clinical finish. The Nomads indeed went in trailing to Aberystwyth at half time, but came out to eventually win the game with an impressive performance after the interval.

Shelton Payne was introduced at the start of the second half, and scored with his first touch in the 46th minute. Latching onto the end of a cross into the Aberystywth area from eight yards out, Payne sent the ball past Mullock and into the bottom left corner to equalise.

The Nomads built on their leveller quickly, with Wes Baynes having a goal denied by Chris Mullock who made an excellent low save to stop his powerful effort from 20 yards. Lewis Short's long throw-in's were also putting Aberystwyth under pressure in the early stages of the second half.

Shelton Payne's game then came to a cruel end when he went down in pain with a knee injury, leaving the field on a stretcher to a warm reception from all spectators.

His replacement was Nick Rushton, who would become the second Nomads substitute to score with one of his first touches in the 67th minute, when Chris Mullock dropped a cross only to see it fall to Rushton who volleyed to send The Nomads ahead with a low and controlled effort from seven yards out.

The Nomads were now dominating the game, extending their lead around ten minutes later when Matty Williams scored in the 80th minute. From a Nathan Woolfe cross into a crowded Aberystwyth area, Jay Owen headed towards goal from the edge of the box and Williams flicked on in the six yard box to beat Mullock and give The Nomads a third.

Aberystwyth remained determined, putting The Nomads under pressure during the last ten minutes of normal time with Cledan Davies having a free kick from the right wing of the Nomads half well saved by John Danby.

The Nomads goalkeeper was in further action towards the end of the game, rising to catch the ball a number of times as Aberystwyth sent aerial efforts towards his goal. Chris Rimmer was brought on in place of Matty Williams to further ensure no changes to the scoreline.

Five minutes of additional time were given owing to Payne's injury, but The Nomads saw this out well to earn all three points in what was a fantastic away win having gone behind so early on in the encounter.

The win keeps The Nomads second in the Dafabet Welsh Premier League table on 27 points, with their next game on Sunday 13 November away to Llandudno FC for a 3:00pm kick off. 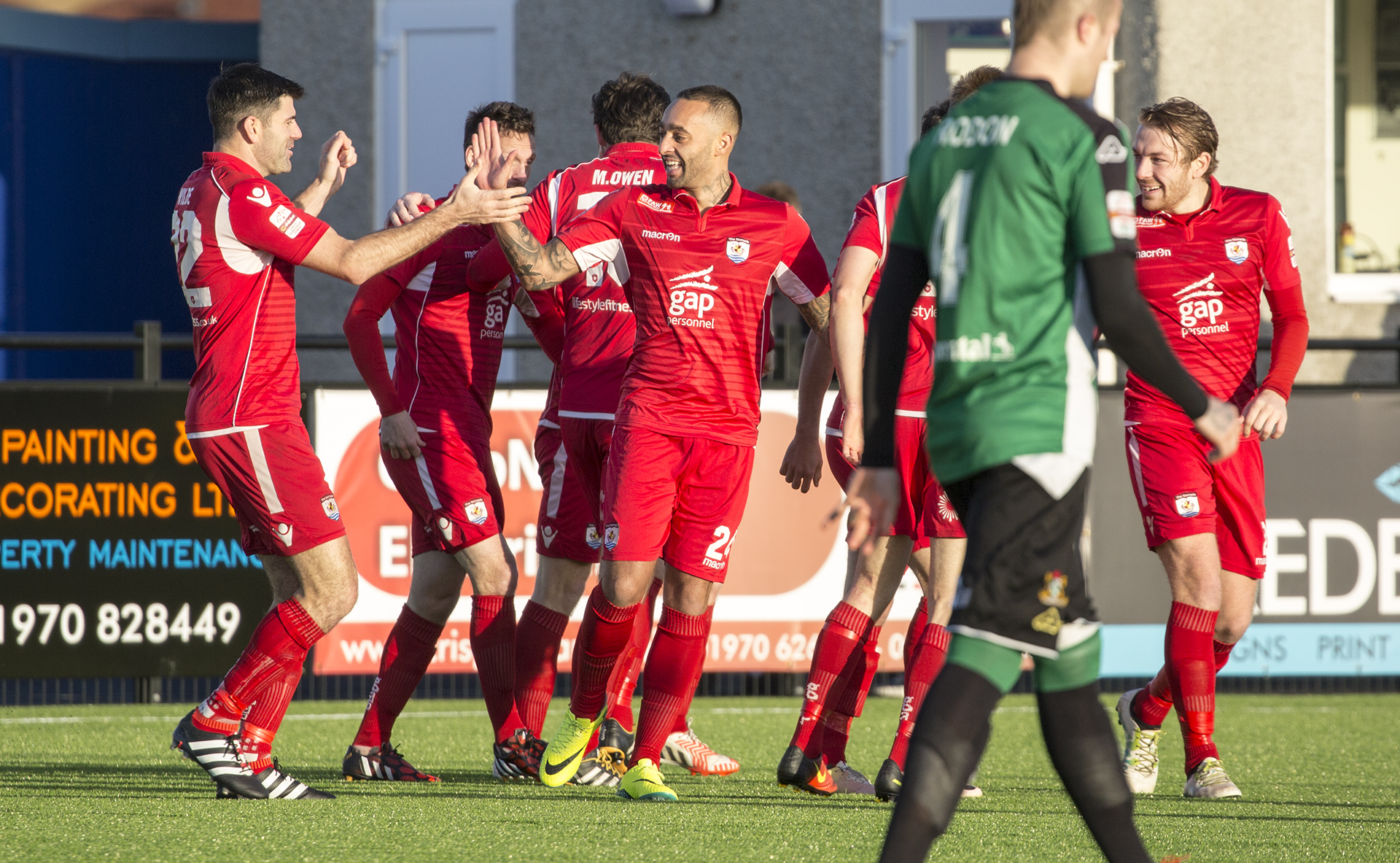 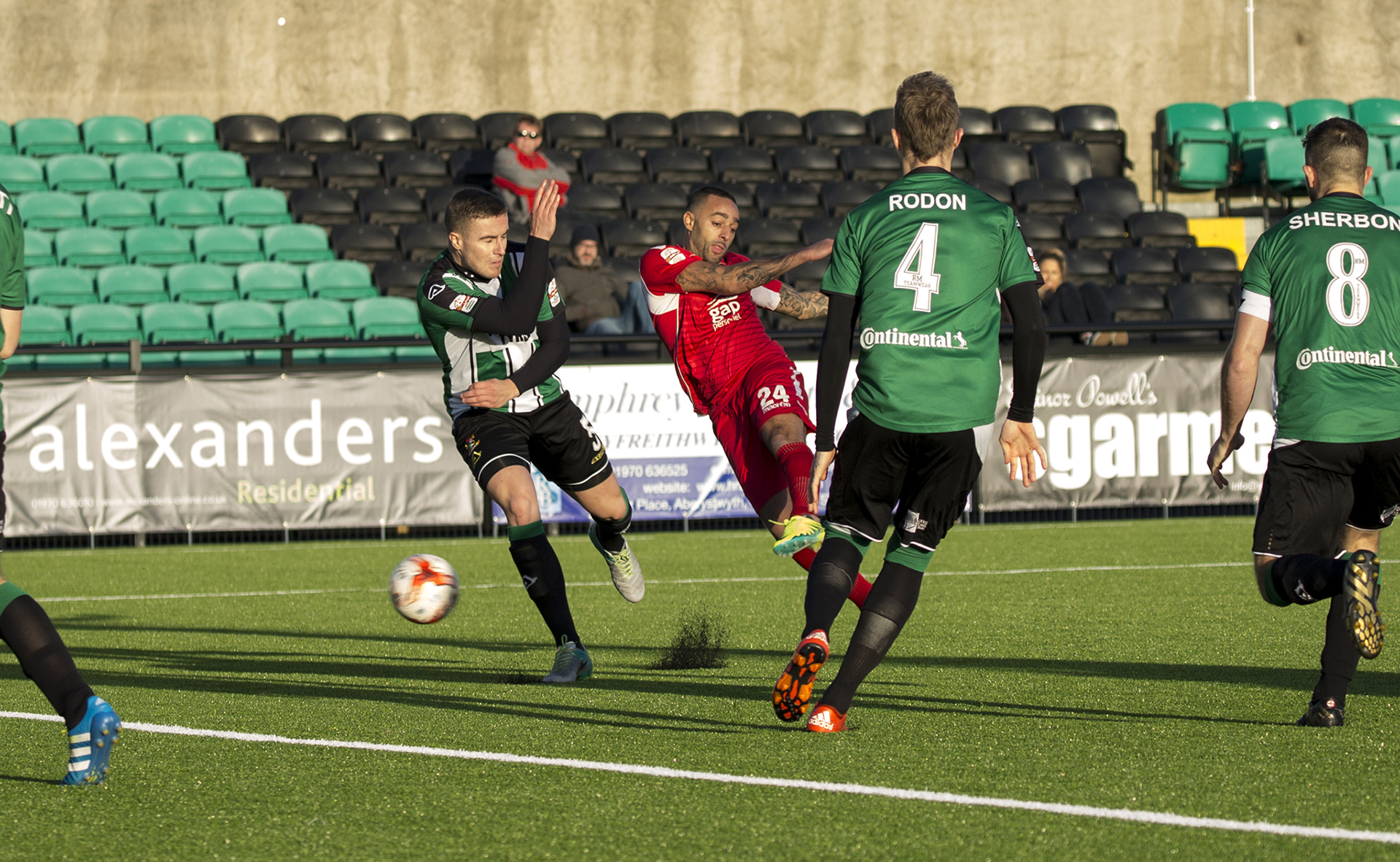 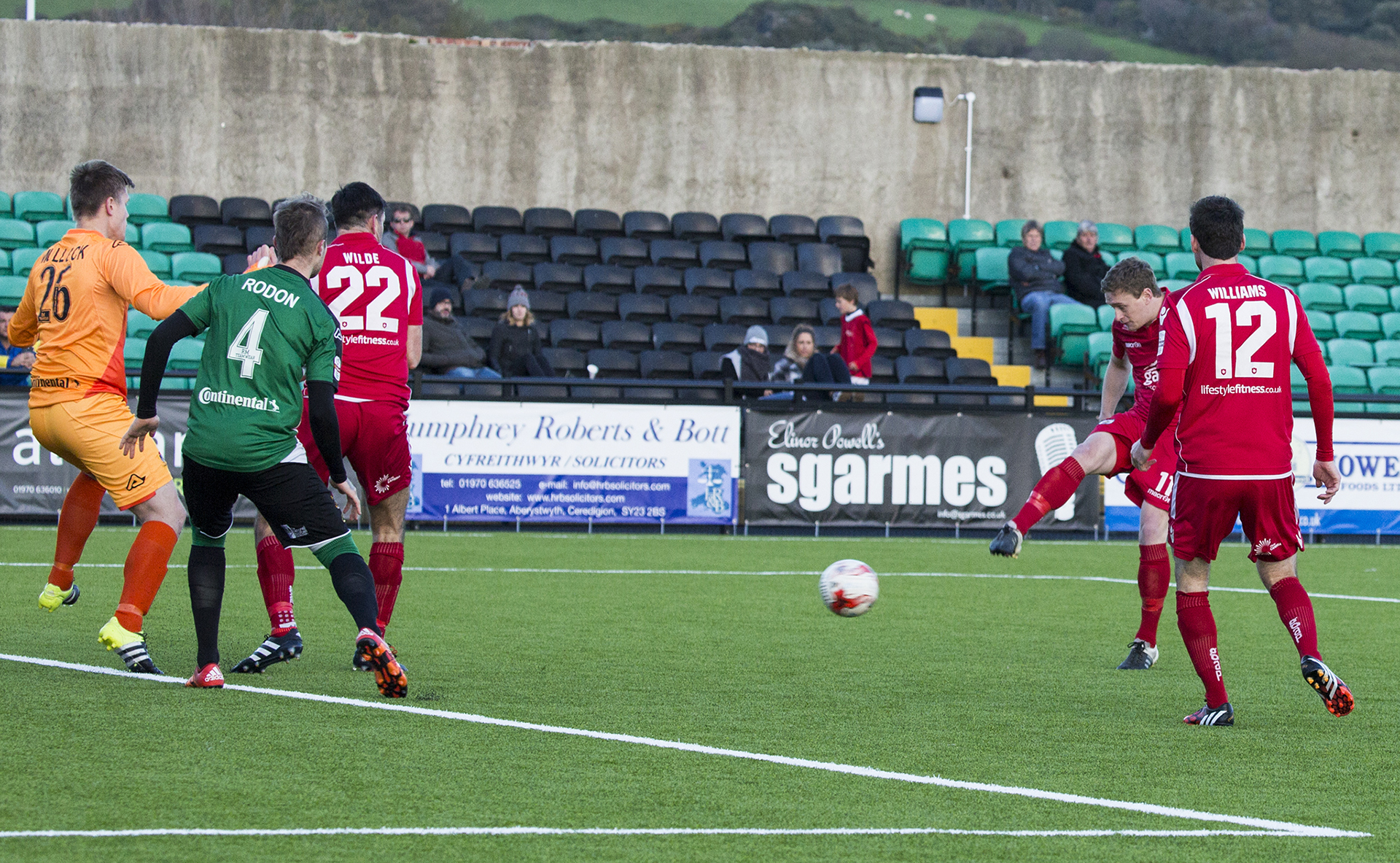 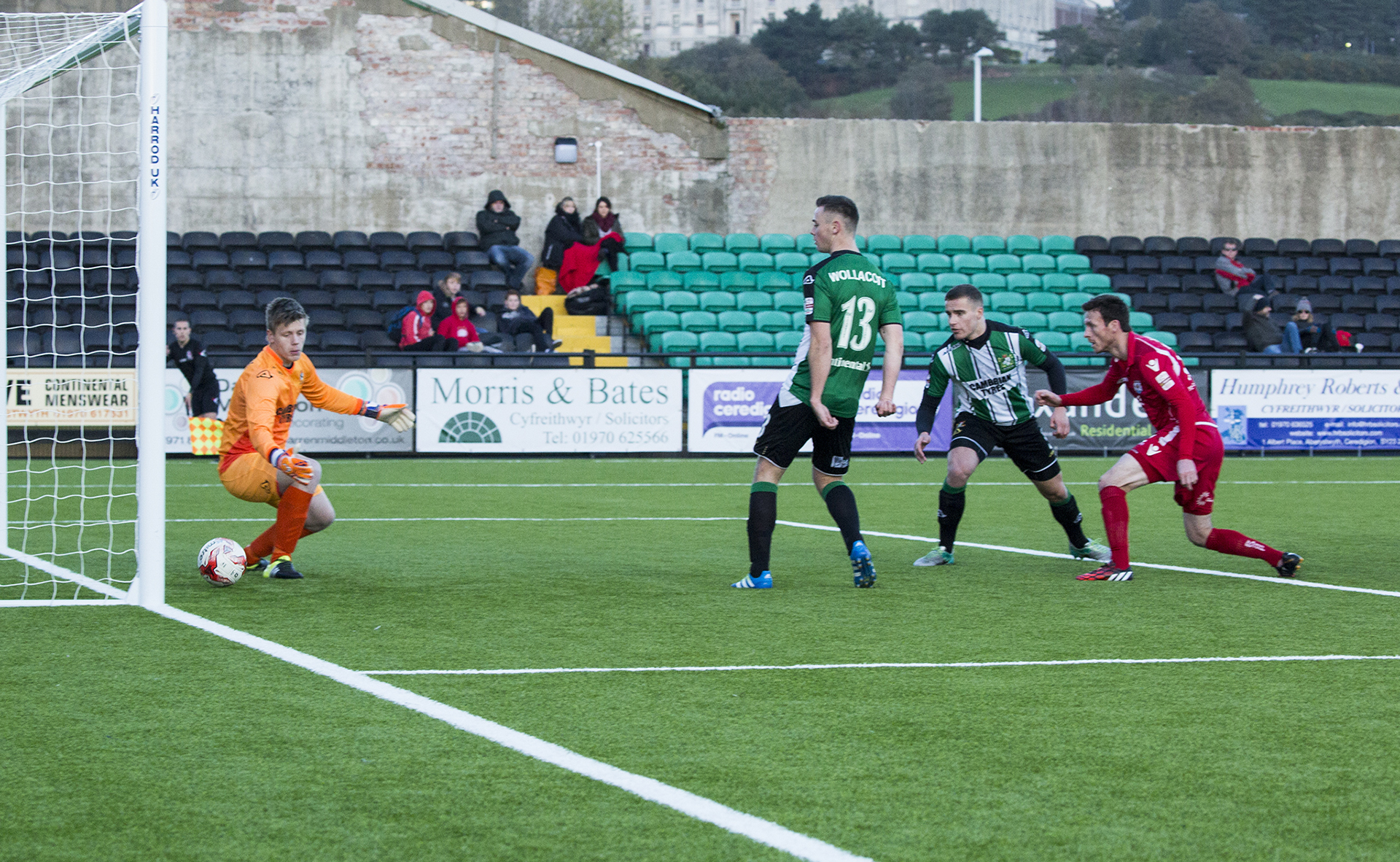 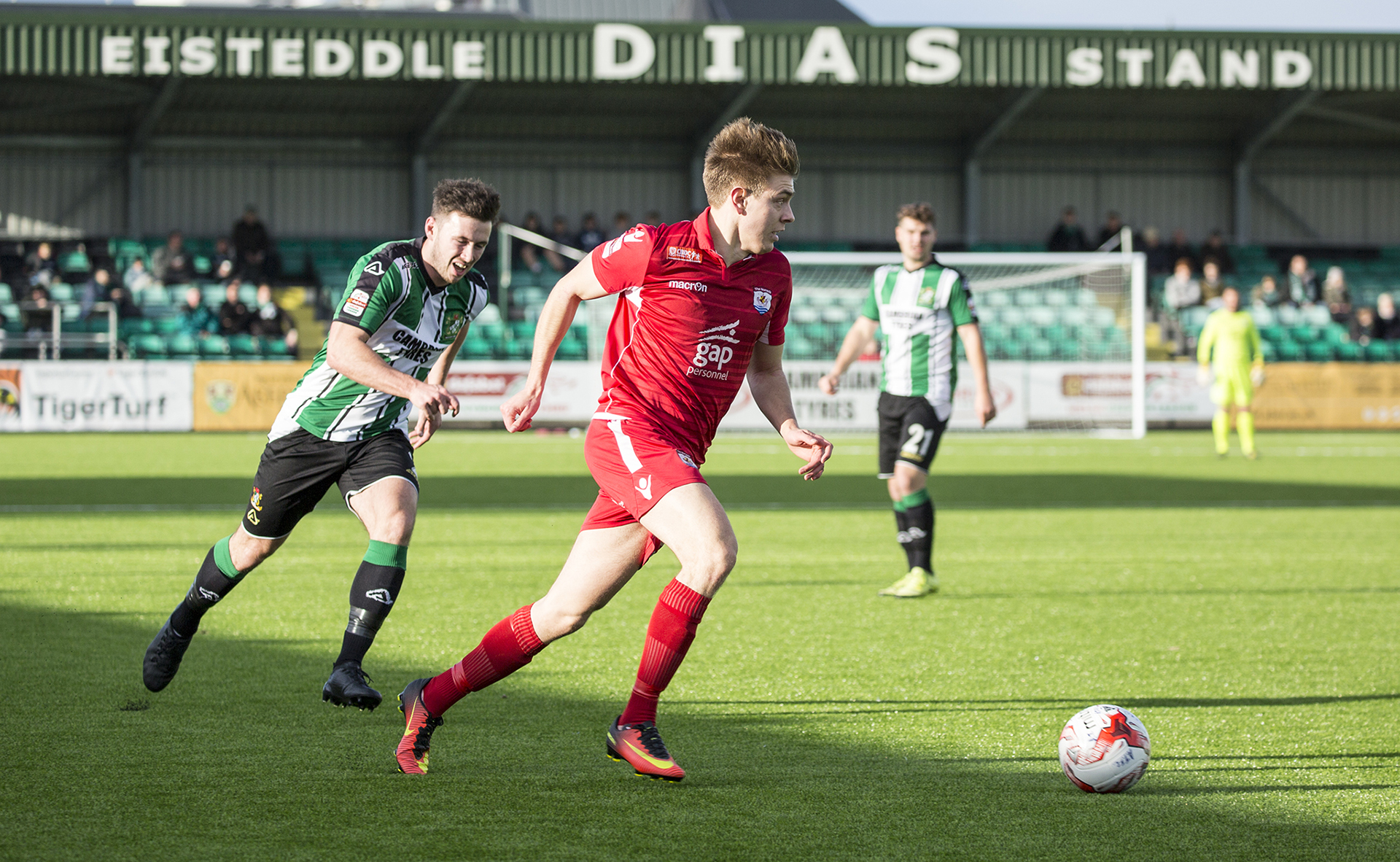