A first half penalty and a late goal direct from a free kick earned Nomads the points against ten-man Flint in the Boxing Day 'Flintshire Derby' at Cae-y-Castell. With player-manager Mark McGregor suspended, Ben Alston was recalled to the back four after missing three games while skipper Craig Jones regained his place at the expense of namesake Rob.

Playing towards the river with a strong wind and bright sunshine at their backs, Nomads made most of the early running once Flint's bright opening had petered out. Jamie Petrie was giving home left-back Danny Dobbins a taste of his speed but with their back four marshalled by John Davies and captain John Hill, Flint held firm.

Neither side created anything approaching a clear chance in the first quarter of an hour but on 20 minutes Nomads were given a great chance to take the lead when referee Nathan Brearley awarded them a penalty kick. The Silkmen argued vociferously but the kick, for a shirt tug on Gary OToole, stood and penalty ace  OToole sent former Nomads custodian Adam McGee the wrong way.

The goal merely spurred the home side on and for the first time John Rushton's goal came under fire, Shaun Beck going close with a left-foot shot across the six-yard box. Shortly after Flint skipper Hill limped off to be replaced by Matty Harvey, the game erupted following a clash between Craig Jones and home striker Simon Thelwell. Both players were injured after lunging for a 50-50 ball but while Jones escaped without even a caution, Thelwell was shown red for going in with both feet off the ground.

Despite being a man down, Flint began to boss the second period and John Rushton had to be alert to punch clear on more than one occasion. Both sides were guilty of failing to penetrate beyond the edge of their opponents area although this was largely due to resolute defending. Shaun Beck was ploughing a lone furrow up front but with Phil Lloyd and Paul Williams in support, the frontman was always likely to be a danger.

Nomads had to scramble the ball clear on two or three occasions and Jon Rush came off the Flint bench to add height to the attack. In another goalmouth melee, the ball bounced off Rushton's left-hand post before Petrie broke clear at the other end but his weak shot was gathered by McGee.

Flint continued to press and won three corners in as many minutes and from the last Alan Hooley had to head clear almost from on his own goal line to prevent an equaliser with only ten minutes remaining. Yet Flint's agony quickly became ecstacy when Shaun Beck grabbed a goal just a few minutes later. Once again the visitors failed to clear the ball which fell to Beck at the far post and the little striker lobbed the ball over everyone into the far corner.

It looked like Nomads had blown their chance to regain top spot over the New Year weekend but there was to be another twist. Rob Jones had already replaced the limping OToole and it was he who won a free kick on the left edge of the Flint penalty area in the 86th minute. Michael Robinson made a run across the area from Jones' kick but the midfielder's effort carried enough pace to evade Robinson and deceive McGee who could only palm the ball into the corner of the net.

Deep into added time Danny Forde almost added a third goal after blocking a clearance and firing from 30 yards, his effort just passing the wrong side of a post. This was a gutsy performance from the champions who gained three points from a match in which they were sometimes second best.


You need to install Adobe Flash Player to view this video. 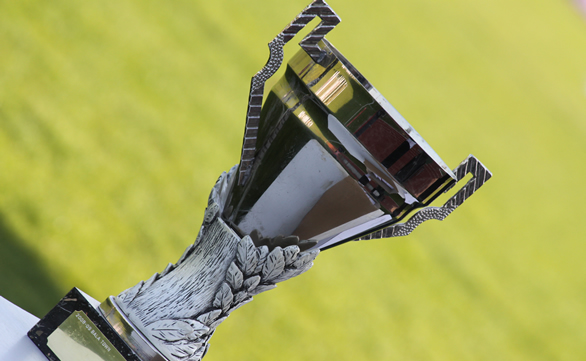