The game was played in wintry conditions as Storm Caroline battered Flintshire, but in an earlier pitch inspection the match was confirmed as on with the Deeside turf coping well.

Jay Catton led The Nomads from the touchline as Andy Morrison served the first of a two game ban.  His side were looking for their first league win in four games after a JD Welsh Cup victory over Cwmbran Celtic last week.  John Oyenuga started after impressing in the previous fixture, with Michael Bakare also retaining his place in the starting lineup.

The proceedings got off to a rapid start, with Michael Wilde scoring after just seven minutes in The Nomads’ first attempt on goal.  From a well placed Michael Bakare cross, he headed the ball onto the underside of the Aberystwyth crossbar to watch it fall over the goal line.

The Nomads’ lead was initially short lived, as Aberystwyth hit back with a tenacious attitude in front of The Nomads’ goal.

They launched a number of attacks on the home end, and reaped the awards after John Owen got on the end of splitting pass to send the ball past John Danby from around seven yards out.

Such was the frantic nature of the game, Aberystwyth would only enjoy their level terms for two minutes, as Michael Bakare retook The Nomads’ lead in style.

In the 17th minute from 30 yards out, he drove a right-footed effort into Chris Mullock’s goal to surely seal contention for Sgorio’s goal of the month competition.

Despite The Nomads’ lead, the game remained largely even, seen in the 27th minute when a Nomads corner was intercepted by Aberystwyth who launched a counter-attack, which forced Sean Smith to make a last ditch clearance to concede a corner to the visitors.

Aberystwyth then went close via Ashley Young, whose corner ball nearly swung into The Nomads net before a second attempt from Young was held by Danby from 20 yards out.

The away side continued to test The Nomads’ defensive line, led by Kai Edwards and Michael Pearson, until a second Michael Wilde goal gave Connah’s Quay a two goal cushion going into the interval.

In the 44th minute he rose highest in the Aberystwyth area to head a Matty Owen corner into the Aber goal from close range.

The second half got off to another rapid start, with Sean Smith making a vital block to deny a Seasiders’ effort on the edge of The Nomads area in the 46th minute.

Mike Pearson had a 20 yard effort saved on 52 minutes, before Callum Morris ran into the Aberystwyth area and went down, but his penalty appeals were waved away by referee Kevin Parry.

As the half went on The Nomads began to take full control and dominate possession. Exciting attacking play gave them the opportunity to beat the visitor’s defence at regular intervals, which eventually yielded a fourth goal from Kai Edwards.

After Jay Owen sent a well placed high pass to Matty Owen which beat the offside trap, he was able to square the ball to Kai Edwards who was able to pass the ball into an open Aberystwyth net.

The Nomads made changes in the final 10 minutes with victory all but confirmed, replacing John Oyenuga with Jake Phillips and Michael Bakare with Declan Poole, who was making his first Nomads appearance after a lengthy spell out injured.

The Nomads’ final substitute came on to make an instant impact, as Melford Simpson came on for Michael Wilde to score having been on the pitch for only 30 seconds.

Making a late appearance in the 90th minute, he got on the end of a Jay Owen effort to claim a close range goal and cap off an excellent Friday night at Deeside for The Nomads.

The victory sends them to second in the JD Welsh Premier League and sets them up for a top of the table clash against The New Saints at Park Hall next Friday 15 December for a 7:45pm kick off. 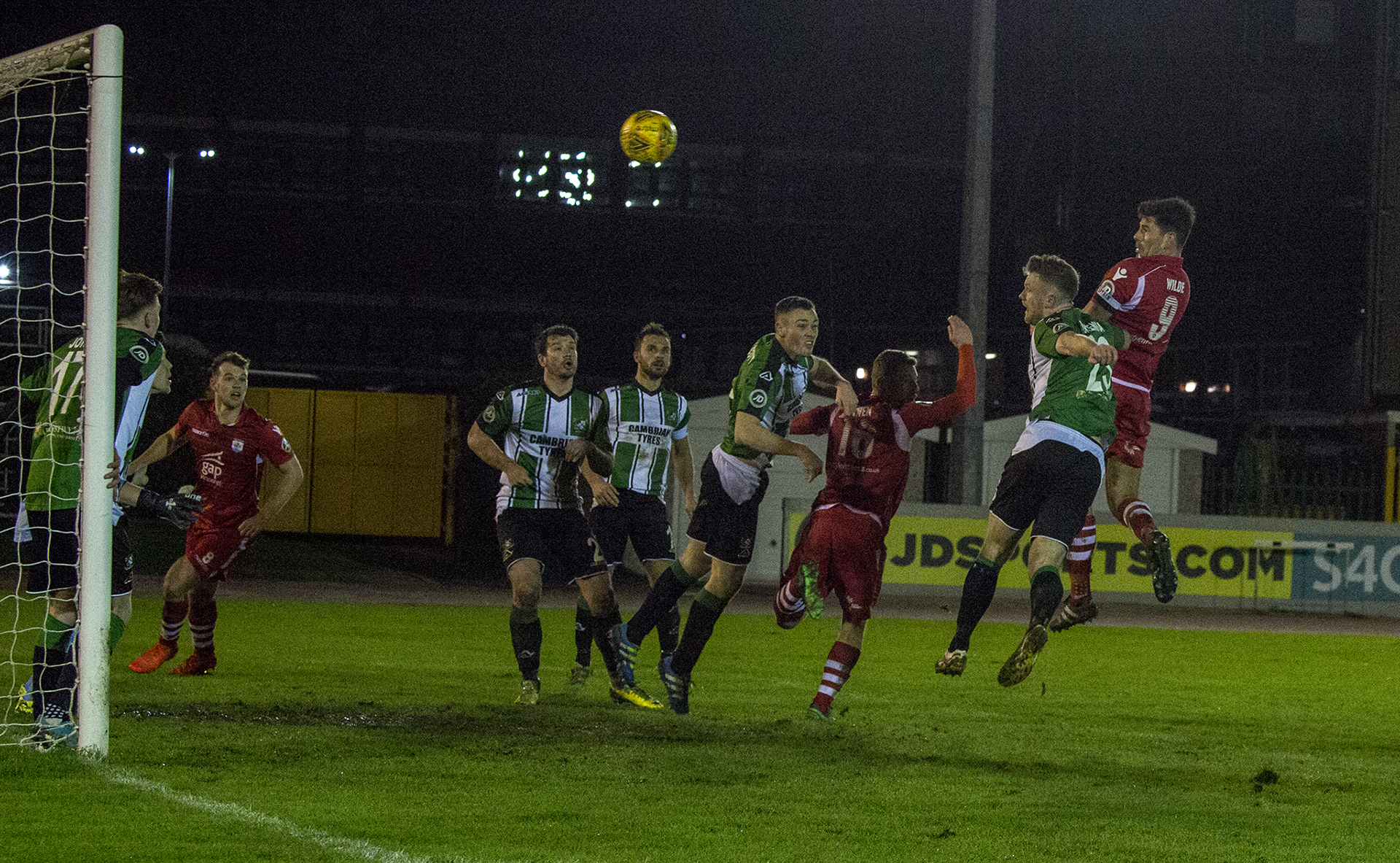 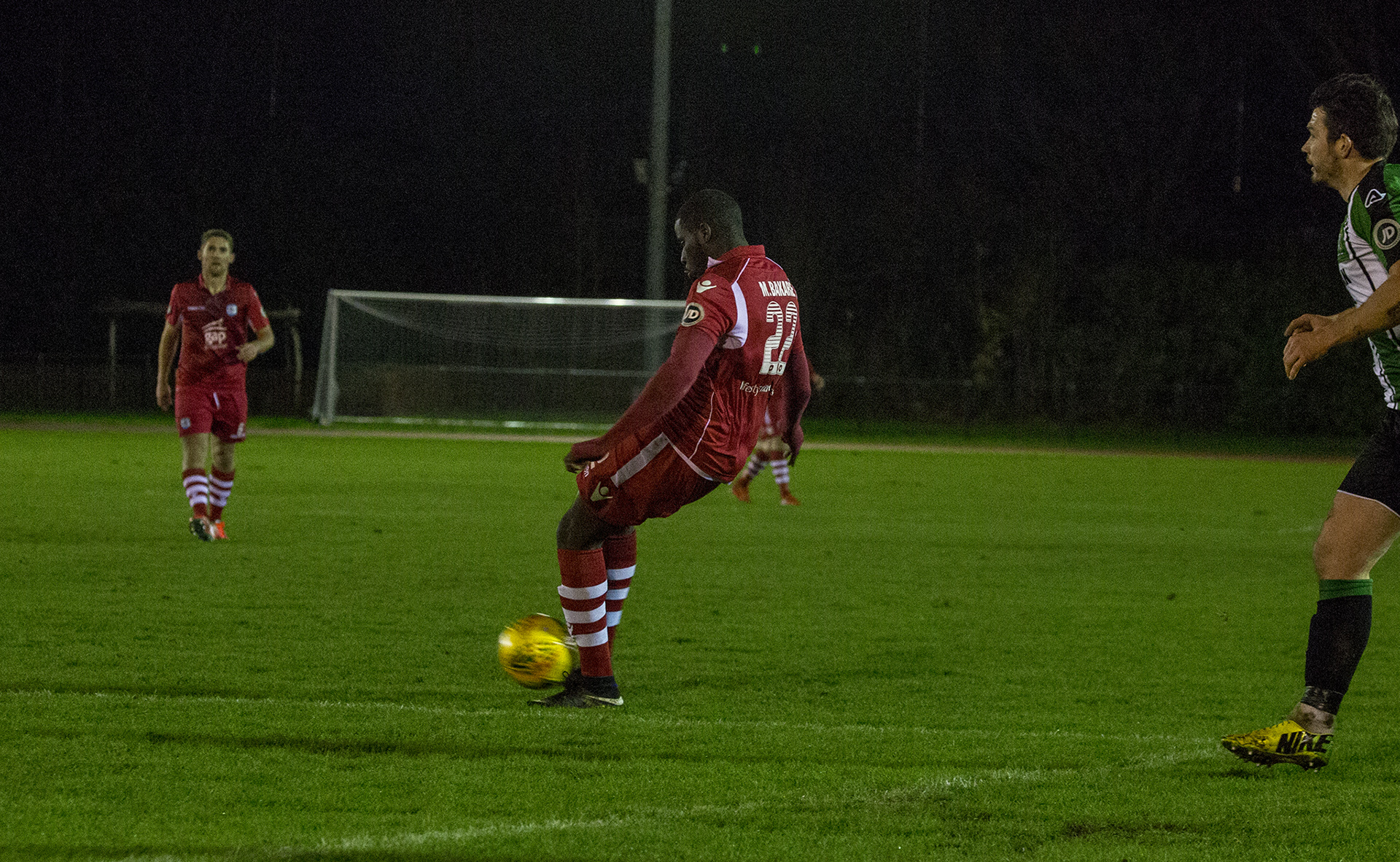 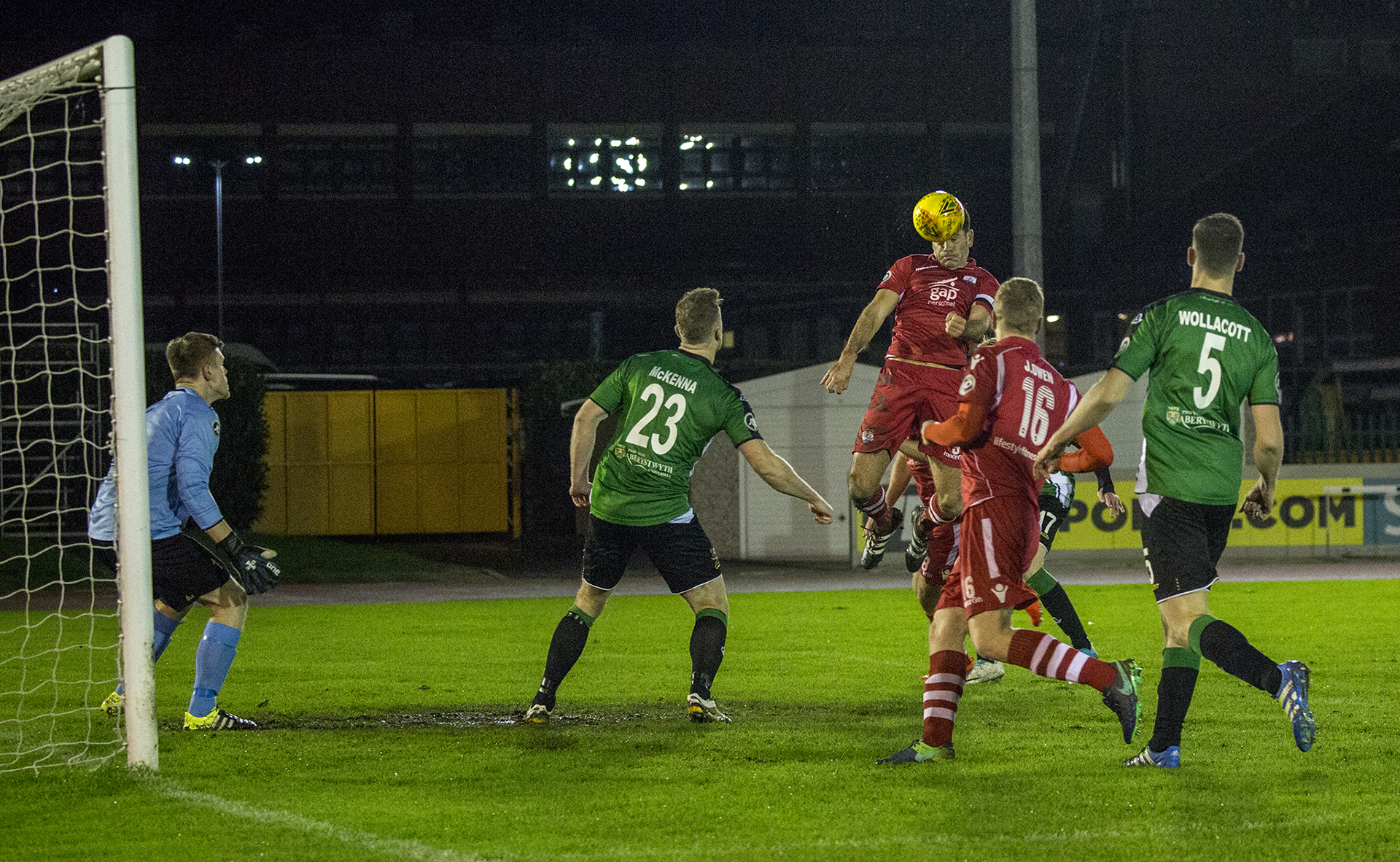 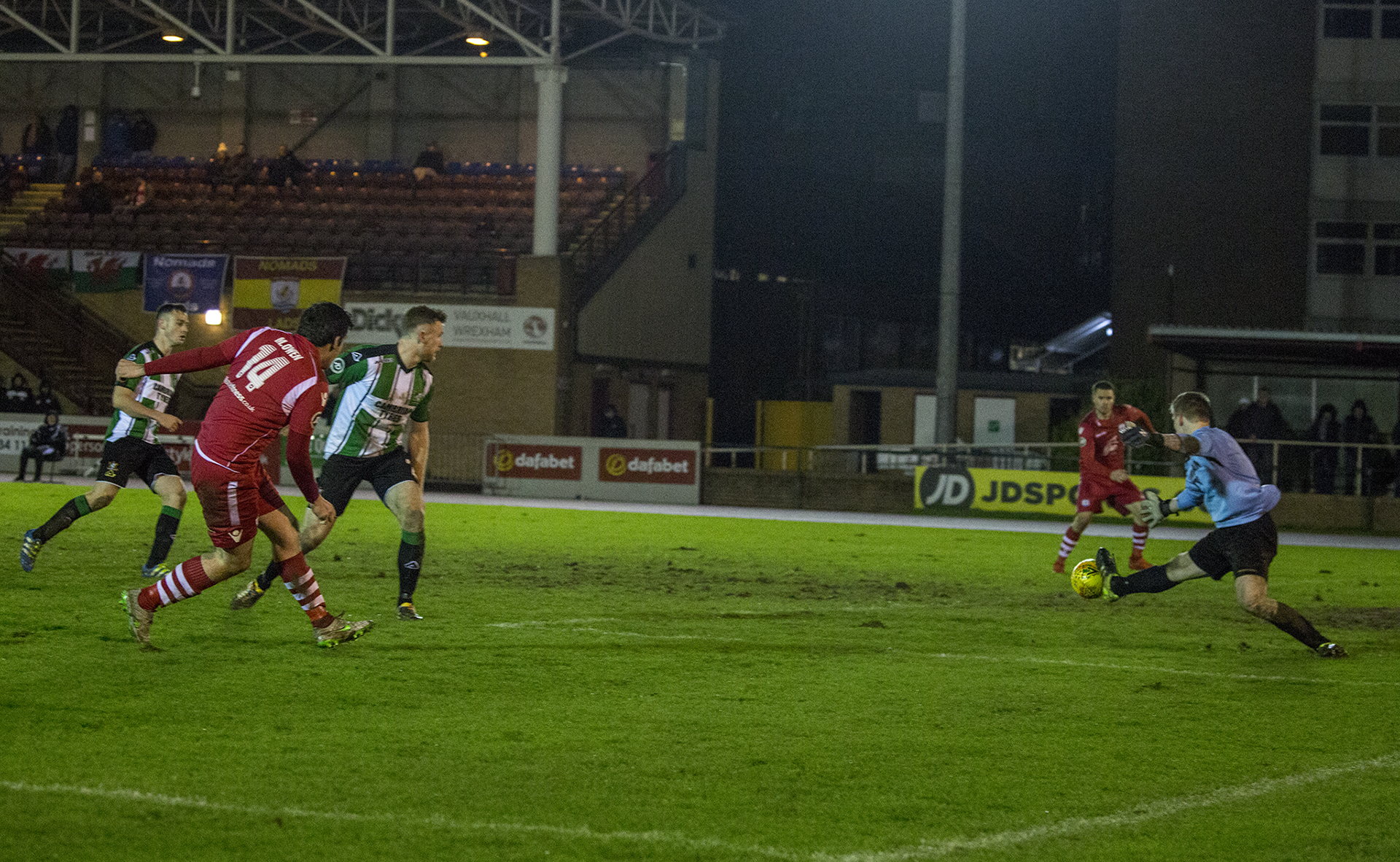