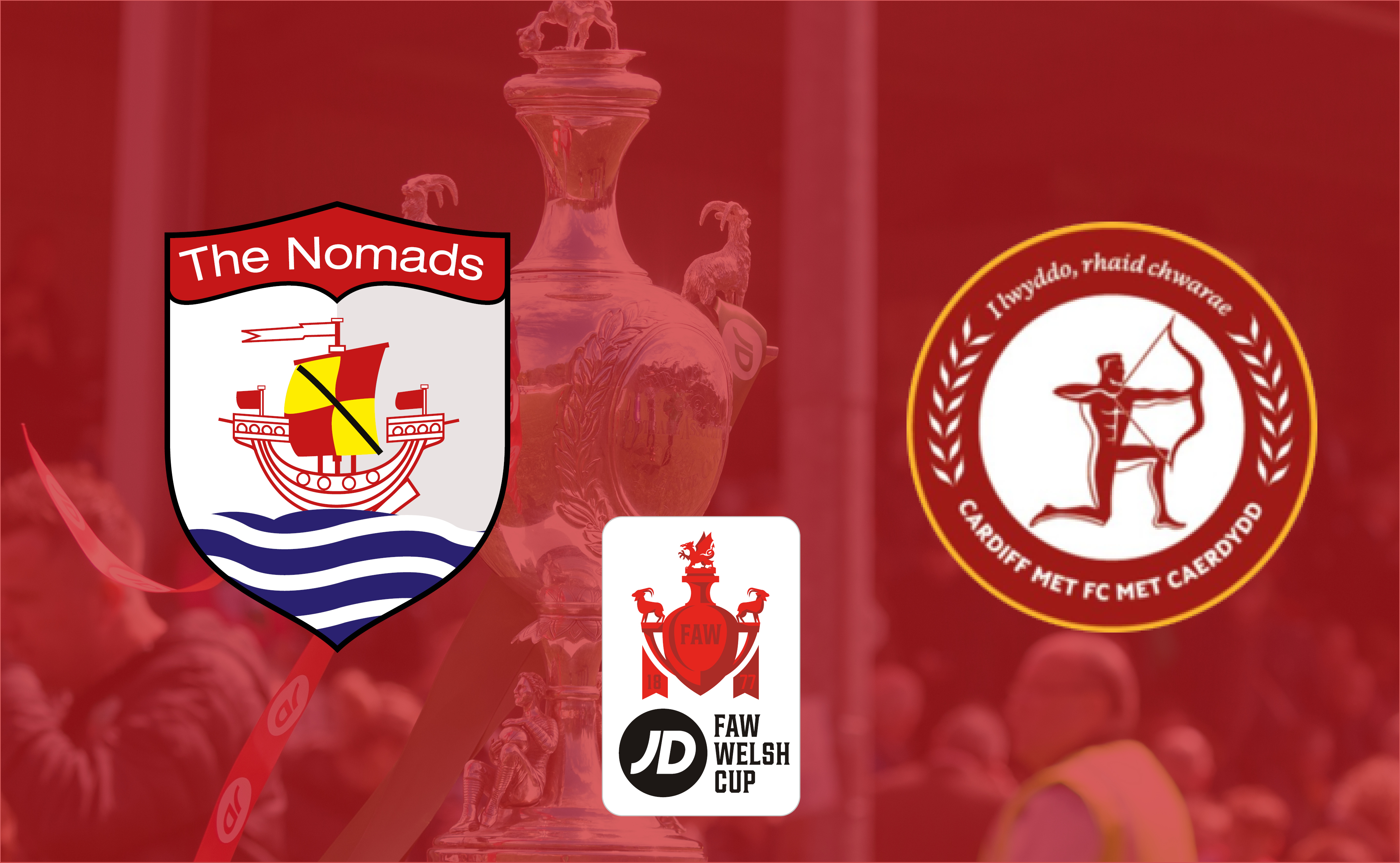 Previous encounters
The two sides have met earlier in the JD Cymru Premier Campaign with The Nomads coming out on top at Cyncoed in October and sharing the spoils here in August. Our last Cup meeting with Met was in last season's Semi Final which we won 3-0 thanks to goals from Michael Bakare, Callum Morris and John Disney.

Recent Form
Both sides come into the game in rich form with The Nomads winning all of our last five games without conceding, while Met sit at the top of the lower half of the league having won three of their last four games in the league, drawing most recently with Penybont last weekend.

Route to the Quarter Finals
To reach the quarter final stage, The Nomads first overcame Abertillery Bluebirds 3-0 in the third round in a game which saw the hosts hold out until the hour mark before goals from Michael Bakare, Mike Wilde and Sameron Dool saw The Nomads progress to a fourth round tie with Afan Lido at Deeside Stadium. The Nomads were in red hot form in this game, seeing Lido off 8-0 thanks to hat-tricks from both Michael Bakare and Mike Wilde with George Horan and Jamie Insall also getting on the scoresheet.

Cardiff Met have face two south Wales teams so far in the competition, having to overcome Pontypridd Town in the third round by a narrow 1-0 victory before defeating Penybont in the fourth round thanks to a 91st minute penalty from Elliot Evans after Penybont had equalised in the 89th minute. The game also saw Mael Davies sent off for Met meaning he will be unavailable for Saturday's game.

From the gaffer
Ahead of the game, Nik Mesney caught up with Andy Morrison to get his thoughts going into the match.

Match Coverage
The match will be covered on our Twitter feed, so for those of you who can't attend the game, make sure you follow the minute-by-minute updates online.