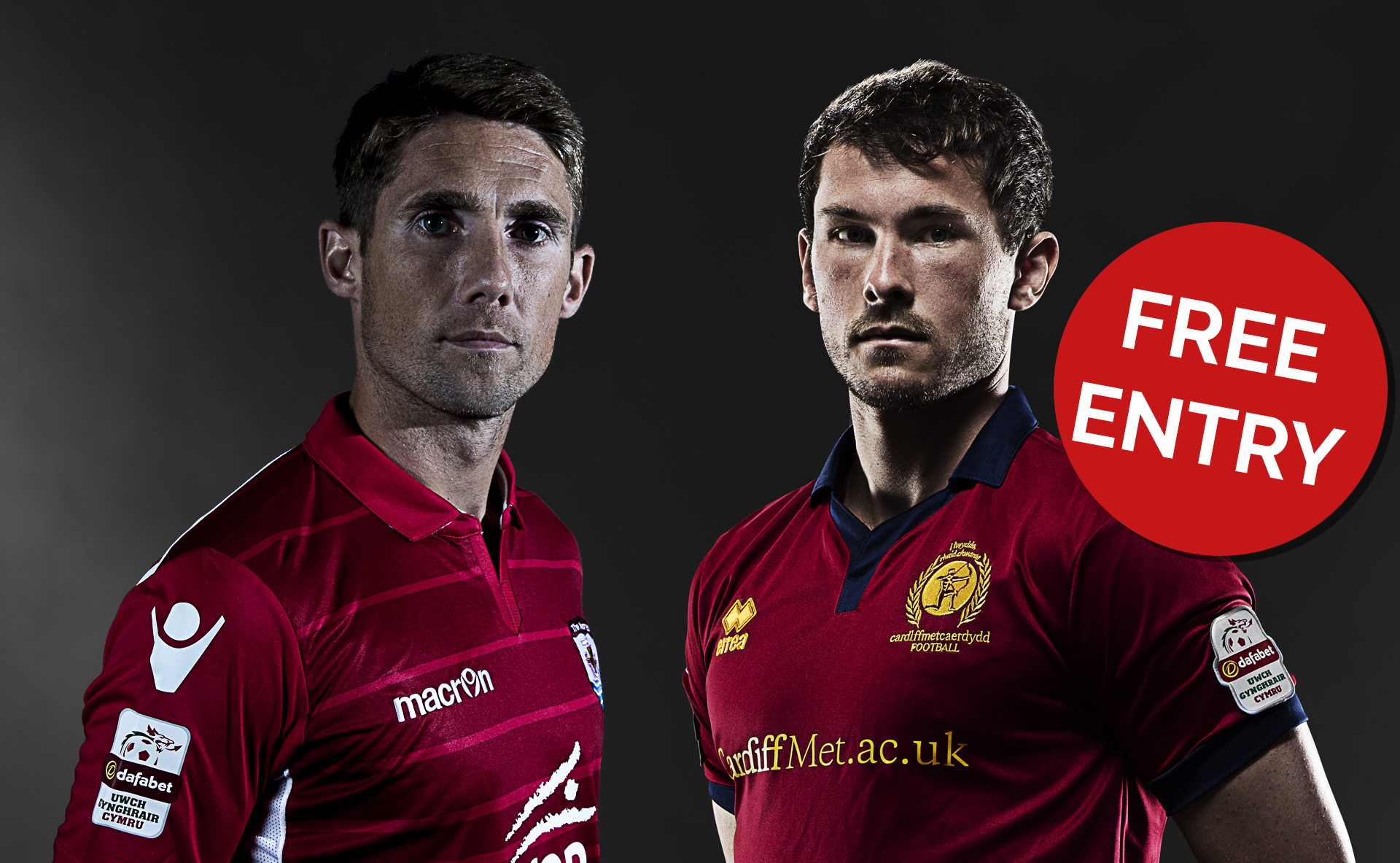 Saturday afternoon's game will see The Nomads look to return to winning ways as Cardiff Metropolitan University arrive at Deeside Stadium with entry FREE to all spectators.

The Nomads are yet to win a game in Phase Two of the Dafabet Welsh Premier League, however still sit third in the league table, six points behind Bala Town and two above Bangor City with a game in hand on both, so Andy Morrison's men will no doubt be looking to pick up their first three points in Phase Two as they aim to secure a Europa League place for the 2017/18 campaign.

Both sides go into the game with a league record of LLD so the battle for all three points will be vital for both sides on Saturday.  The last time that Cardiff Met came to Deeside saw a 0-0 draw as The Nomads saw chances spurned and cleared off the line as they couldn't break through the students' defence.  Earlier in the season The Nomads travelled to Cyncoed and came away with all three points following a 2-1 victory thanks to goals from Matty Williams and Les Davies, although the game also saw Ian Kearney ruled out for the remainder of the season as he damaged his knee.

Ahead of the game, Andy Morrison said "It will be great to be back at home - the way the fixtures have panned out and with TNS being in the Irn Bru Cup, we have only had one home game since the new year.  We are looking forward to getting back onto our own pitch.

With seven games in the league and a cup semi final, we really have everything to play for.  The players showed great character to score late on against Bala and that point I feel will be huge come the end of the season.

Ryan Wignall did very well and looks ready to start.  Danny Harrison was again outstanding and showed the qualities we will need in these last couple of months.  It's a time now for the leaders in our dressing room to grab the team in every game, drive us forward and make sure we are competitive in every game."

Morrison concluded; "We must concentrate on the process, do the things that have brought us success and the results will look after themselves."

The game kicks off at 2:30pm at Deeside Stadium and The Nomads are pleased to announce that the match will see FREE entry for all spectators.