Connah's Quay Nomads can today confirm that we will officially host Georgian Champions, Dinamo Tbilisi in the UEFA Europa League Second Qualifying Round.

The draw was conducted on Monday afternoon from UEFA Headquarters and streamed live on the UEFA website, and The Nomads were one of the last teams drawn out of the bowls.

The draw saw The Nomads come out of the bowl on the home side of the tie with Dinamo Tbilisi, meaning that we will face the Georgians in Wales.

In a change from our Champions' League fixture with FK Sarajevo however, we will be playing this fixture at Wrexham's Racecourse Ground following successful negotiation with Wrexham AFC.

The match will take place on Thursday 17th September with a 7:00pm kick off, but will again be played behind closed doors. We will once again aim to announce further information regarding a potential broadcast of the game in the coming days.

Who are Dinamo Tbilisi
The team from the capital of Georgia were founded in 1925 and have achieved great success throughout their history, including being 16-time Georgian league champions and 13-time Georgian Cup holders. The team from the 54,549 seater Boris Paichadze Dinamo Arena also boast a UEFA Cup Winners' Cup victory in 1981, defeating both West Ham United and Feyenoord before a 2-1 victory over FC Carl Zeizz Jena in the final.

Tbilisi won the Georgian league by five points, qualifying for the Champions' League First Qualifying Round, but were eliminated by Albanian side Tirana in August. They currently sit second in the Reovnuli Liga, one point behind Dinamo Batumi - the Georgian domestic campaign was suspended in March due to Covid-19 and resumed in late June, with clubs agreeing to only play 18 games in the entire season. Since the resumption of the league, Dinamo have played eight games, winning five, drawing two and losing one.

The game doesn't mark Tbilisi's first visit to Wales, with the Georgian's having fallen to a 2-1 defeat at the hands of Llanelli in July 2011 thanks to a Jordan Follows brace, only to come back and win 5-0 in the return leg back in Georgia. The 1976/77 UEFA Cup Winners' Cup also saw Tbilisi head to Wales to face Cardiff City with Cardiff picking up a 1-0 victory in the first leg before Dinamo won 3-0 in the return leg to progress to the next round. Make sure that you keep your eyes on our social media channels for further information regarding coverage of the game.

Any press or photographers requesting accreditation to the game should email nik.mesney@the-nomads.co.uk and await confirmation. 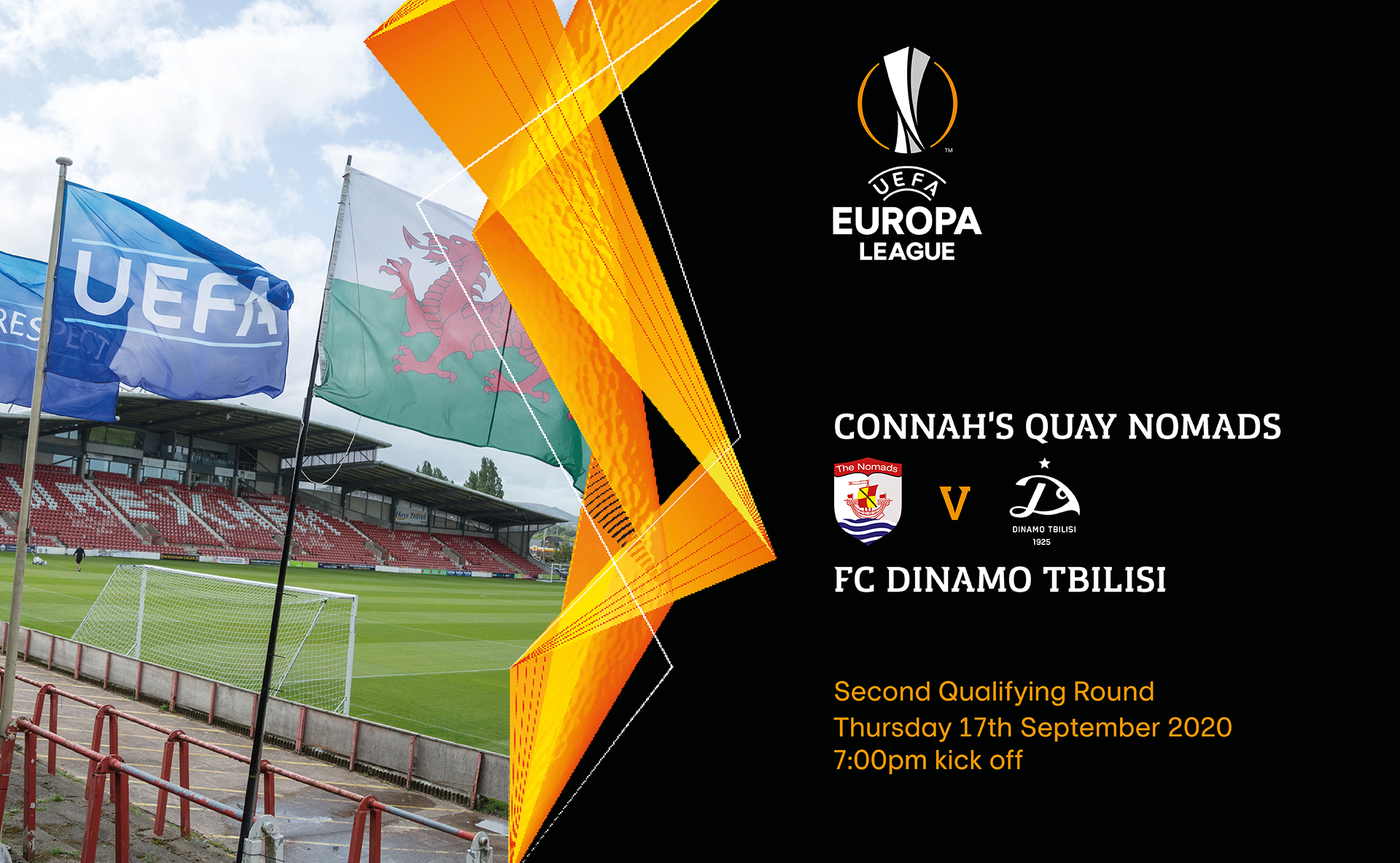