A LOOK BACK TO OUR 1996 LEAGUE CUP VICTORY

Ahead of Saturday's 2020 Nathaniel MG Cup Final, we have dug through the archives to take a look back at our success in the 1996 Welsh League Cup Final.

Hosted at The Recreation Ground in Caersws, the game saw The Nomads face Ebbw Vale in the 1996 final of the competition. The Nomads had overcome Caernarfon Town, Flint Town, Holywell Town and Rhyl to reach the final.

The Final itself saw 500 fans at The Recreation Ground and it was an 82nd minute winner for The Nomads from Peter Hughes who netted his 20th goal of the season after a neatly assisted backheel from club Hall of Famer and all time top goalscorer, Stuart Rain.

After the game, the winning goalscorer spoke to The Flintshire Chronicle; "It was a bit of a battle out there but I'm delighted with the way it went. I was devastated when I missed a great chance before the goal, but we came through. It's nice for the club and the supporters. Although we have Stuart Rain and Chris Davies, I was told by the manager my place was never in jeopardy this season and I just tried to battle away. Nev told me he'd be happy if I got 15 goals this season and today was my 20th." 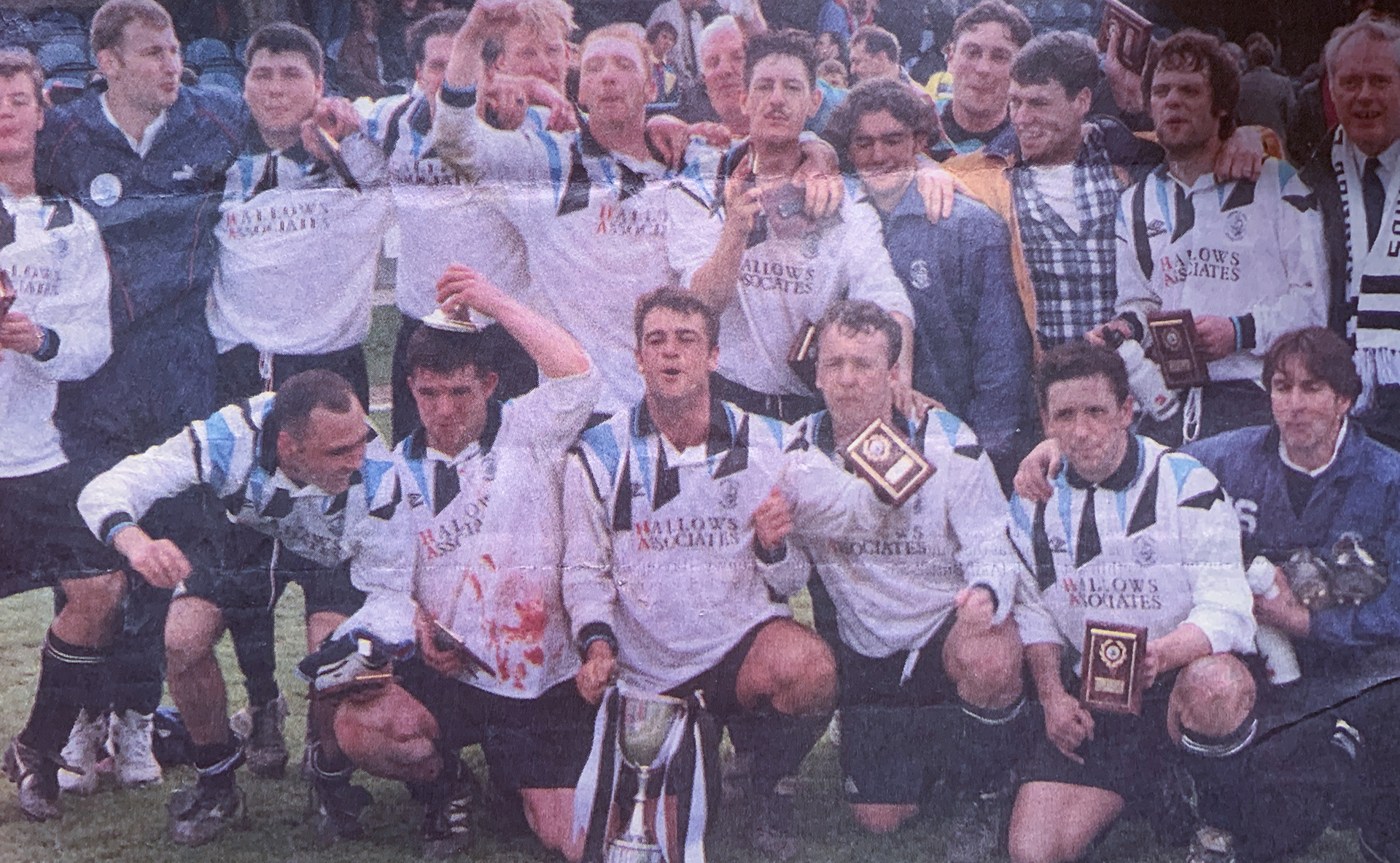