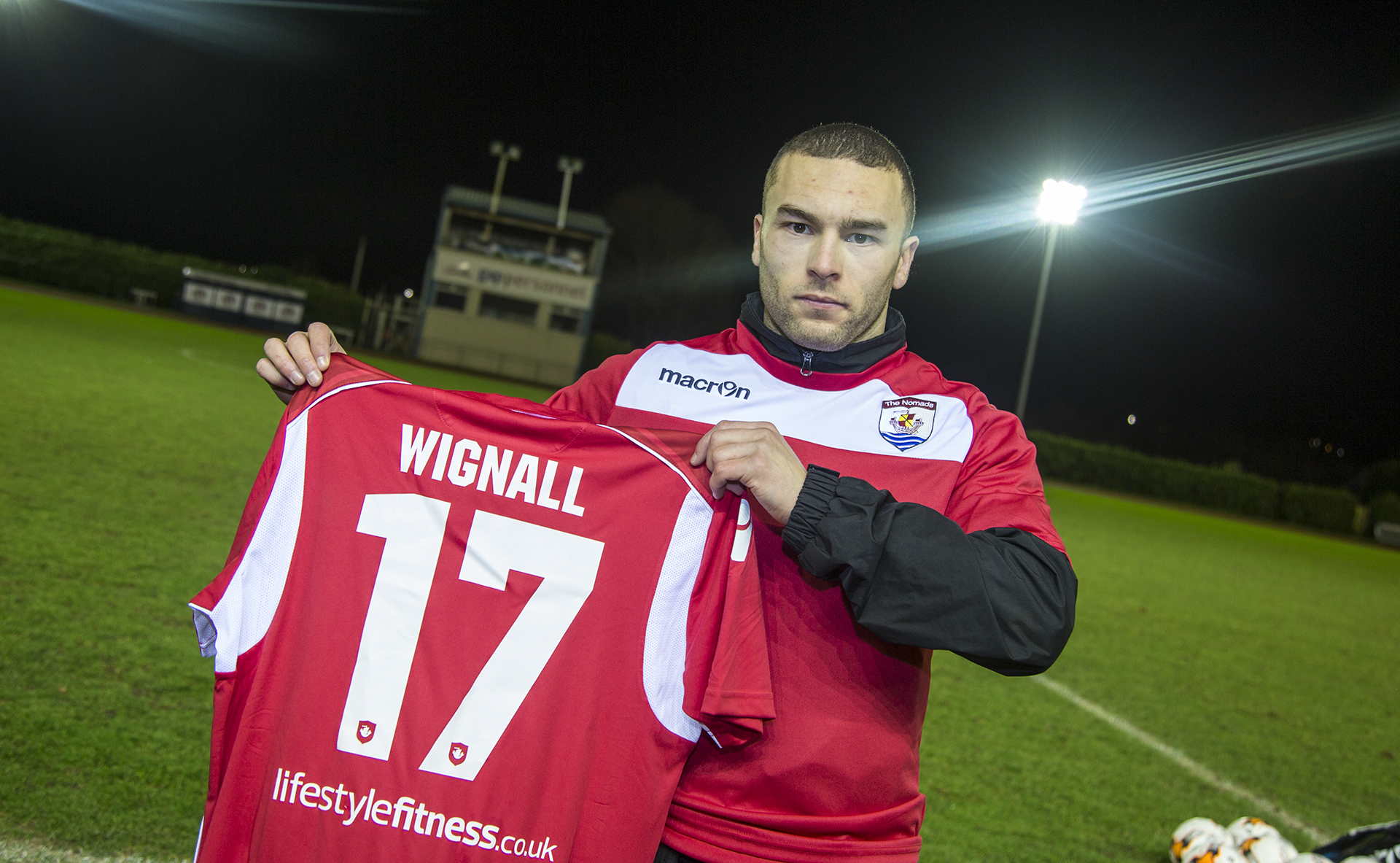 The Nomads are pleased to announce the signing of Ryan Wignall from local rivals Airbus UK.

Wignall joins The Nomads on an 18-month deal until the end of the 2017/18 season. He joins The Nomads from local rivals, Airbus UK, where he made 39 starts in his three and a half seasons with the club.

A product of the Liverpool Academy system, Wignall won the FA Youth Cup twice with the Merseyside giants and was a regular in the reserve side before being released. He then went on to play for AFC Liverpool, Cammell Laird, Wimborne Town, Burscough and Conwy United whilst also having a full-time spell with Belgian side Royal Racing FC Montegnee.

When asked about his move to The Nomads, Wignall said "The position that the club are in at the moment was a big factor in me signing. I'm expecting to be challenging for European football, not only this season, but next season as well, and getting the chance to work with Andy Morrison again is something I am really looking forward to."

Manager, Andy Morrison added "We are delighted to welcome Ryan to the Club. I've been a big fan of his since my time at Airbus and we have all worked very hard to get him to the Club. The Welsh Premier League is very competitive and good players are always in demand - what pleases me most is Ryan's decision to join The Nomads for footballing reasons when he could have gone to other clubs offering far greater wages.

We have a wage structure in place at The Nomads and we won't break that, even if it means us missing out on players to other Welsh Premier League sides as we did in the summer. With four players leaving the Club in this window and two coming in, it has reduced the wage bill and we are very pleased with the business we have done."

Wignall will wear the number 17 shirt at The Nomads and will be available for selection against Bala Town in The Nomads' final phase one fixture this Saturday.