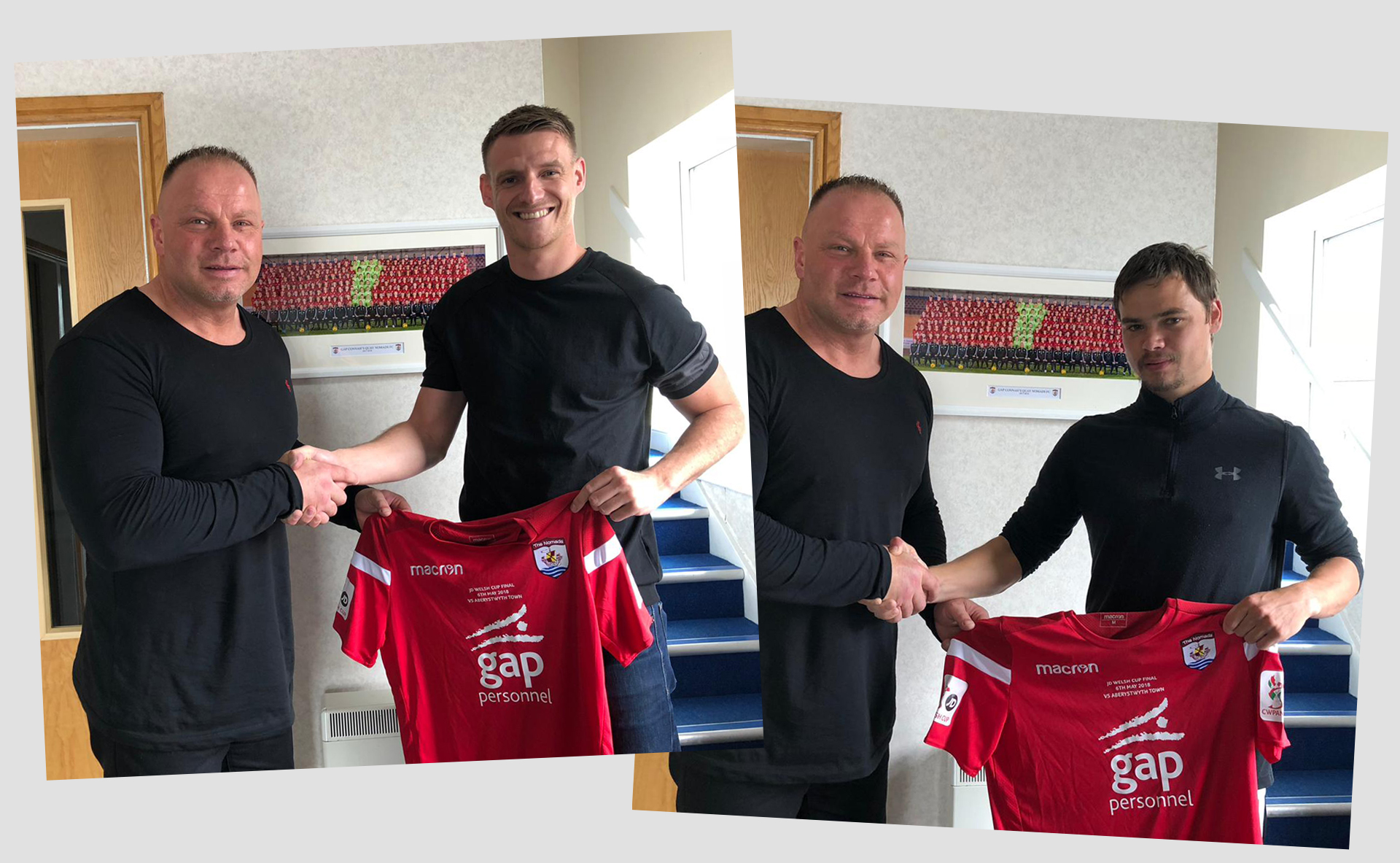 Parker and Edwards arrive at Deeside

Connah's Quay Nomads are pleased to announce the signing of Michael Parker and Noah Edwards.

Parker joined Prestatyn in 2008 and has made over 200 Welsh Premier League appearances in his time at Bastion Gardens. Parker was pivotal in the team which won the Welsh Cup under current Nomads First Team Coach Neil Gibson and also played a key role in the following European campaign and victory over Latvian side, Liepajas Metalurgs.

21-year-old Edwards meanwhile has been at Prestatyn since 2014, making 30 Welsh Premier League appearances having previously played in the Airbus youth setup.

Despite Prestayn being relegated this past season, both Parker and Edwards were standout performers for the Seasiders, both under Neil Gibson and latterly under Gareth Wilson.

Andy Morrison commented; "I'm delighted to welcome both Michael and Noah to Connah's Quay. I've been a big admirer of Michael Parker for many seasons - his experience and quality will certainly add to our squad. I believe Noah has the talent and mentality to play at a much higher level and we look forward to continuing his development."