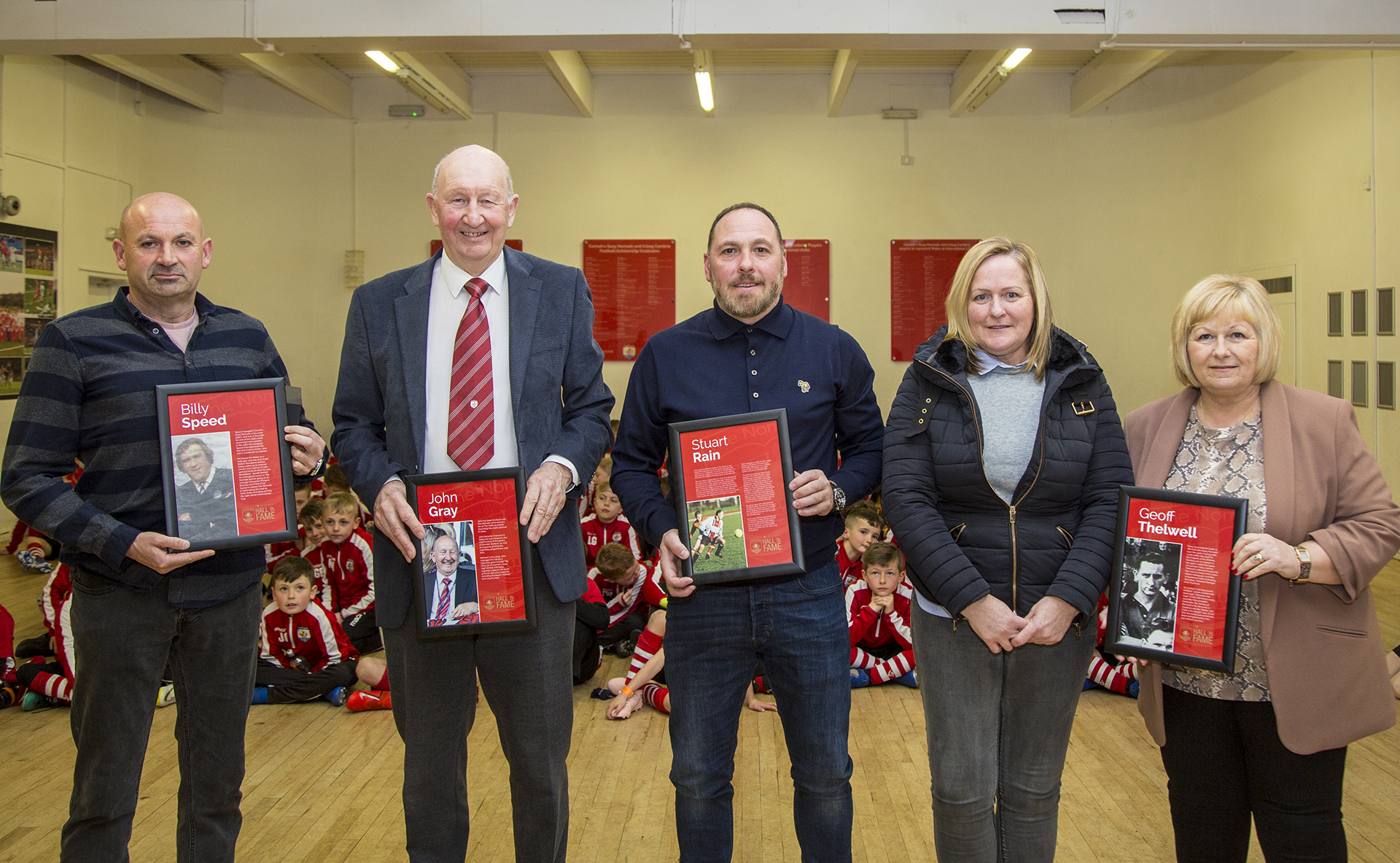 Following an academy training night, friends and family of the club were invited to The Quay Clubhouse and Cafe at The Quay 3G training facility to formally induct four club legends into the 2019 Class of the Hall of Fame.

Geoff Thelwell
Many have named Geoff as "Mr Connah's Quay Nomads" over the years, having held a role within the club for the majority of his lifetime. Starting out as a player in the 1940's under the guise of Connah's Quay Juniors, Thelwell continued to play for the club for many more years before taking up a number of backroom roles including Secretary, General Manager and Chairman.

Billy Speed
Speed managed Connah's Quay Nomads in the early 1980's and was at the helm for one of the club's most successful ever seasons. In the 1980/81 campaign, Speed managed both the first and reserve teams, who won a combined 13 trophies.

Stuart Rain
Stuart made his Nomads debut at Ton Pentre on 2nd September 1995 and scored the game's only goal after coming on as a substitute before going on to have a tremendous career with the Nomads in which he appeared in 402 league and cup games for the Club, exactly 100 as a substitute, scoring 118 WPL goals and another 33 in the various cup competitions.

John Gray
John has been involved with The Nomads since being a fan at The Halfway before becoming the club's sponsor in 2000. Between 2013-2015, John managed the bid for a £350,000 grant to build The Quay 3G at Connah's Quay High School and today regularly supports the team at home and away matches, including European matches over recent years.

Congratulations to everyone involved and thanks to all attendees for making it a great night.