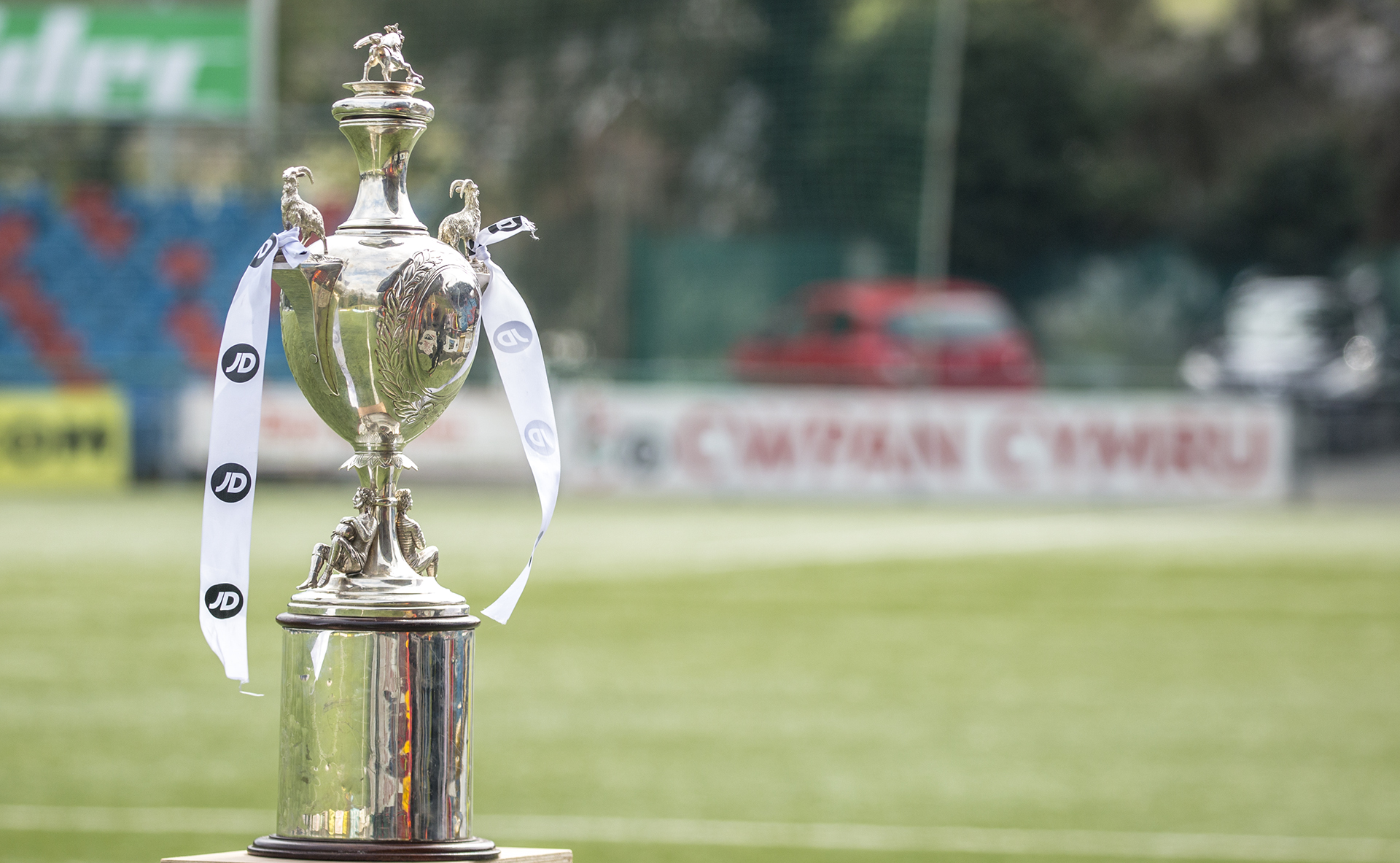 Our Route to the JD Welsh Cup Final

Sunday marks The Nomads' second successive JD Welsh Cup Final, having picked up the famous piece of silverware for the first time last season, as we take on The New Saints at The Rock. We take a look at our journey to the final.

A game which saw the Guils take an unlikely lead at their home ground they went in 2-0 up at half time following early goals from Callum Bromley and Steve Blenkinsop with an early upset on the cards. Fortunately, goals from Callum Morris and Michael Bakare forced extra time where Michael Wilde and Ryan Wignall secured a 4-2 comeback victory.

The Nomads returned to Richmond Park having lost out 3-2 just one week earlier in the league, having led 2-1 with just minutes to go, so revenge was certainly on the mind here. As in the third round, The Nomads had to come from behind as an early Liam Thomas penalty gave the Old Gold the lead. A smart Michael Wilde finish equalised for The Nomads on the stroke of half time two quick-fire goals early in the second half from Andy Owens and Callum Morris put the tie to bed.

Rob Hughes scored a stunning strike to give The Nomads the lead in the 25th minute only to see Gareth Edwards equalise minutes later in this clash at The Oval. The Nomads dominated most of the encounter and Michael Wilde netted the winner in the 63rd minute to secure The Nomads fourth consecutive Welsh Cup Semi Final.

A game which secured The Nomads' second successive Welsh Cup Final place, first half goals from Callum Morris and Michael Bakare gave The Nomads a comfortable position at half time. Met came back out looking to get back into the game and were unlucky not to strike back as Eliot Evans hit the post early in the second half, but John Disney put the result beyond doubt as he stormed forwards to get on the end of a Rob Hughes cross in the 56th minute.

The final marks the first time The Nomads have met TNS in the Welsh Cup Final with our last encounter being in last season's Quarter Finals at Deeside Stadium where we came back from being 1-0 down to win 2-1 thanks to goals from Callum Morris and Michael Bakare.

The final kicks off at 2:45pm at the home of Cefn Druids, The Rock on Sunday afternoon and will be broadcast live on Sgorio. Tickets will be available on the day with prices are set at £8 for Adults, £4 for Over 65s and Students, and £2 for Under 16s.