No shame in Soligorsk defeat for Nomads

Shakhtyor Soligorsk defeated Connah’s Quay Nomads by three goals to one at the Corbett Sports Stadium on Thursday evening in the Europa League qualifying round one first leg.

The game was The Nomads’ reward for winning the JD Welsh Cup, which qualified the club for the 2018/19 Europa League first qualifying round.

The Nomads had previously played Norway’s Stabaek, Serbia’s Vojvodina and Helsinki’s Finland. They came into the game with an excellent record in Europe, having won two, drawn one and lost three.

The hosting Nomads had been preparing for the European contest with a thorough pre season after victories over Cefn Druids, Northern Irish champions Crusaders, Inspire Sports Management, and a draw with the Isle of Man FA national time.

The game began to little action as the Belarusian premier league fourth placed side and Welsh Cup winners measured each other up.

The first chance went to Shakhtyor, who countered a Nomads set piece and ran at goal, with Bakaj testing Danby from 20 yards out.

The Nomads began to earn set pieces in the visitor’s half as they looked to establish themselves in the tie. Laurence Wilson sent a free kick into the Shakhtyor area on 13 minutes, with Danny Holmes heading the ball wide.

In the 15th minute a Nomads’ throw in, taken by Danny Holmes, was headed just over by Andy Owens who was then found offside.

After 20 minutes the Belarusians broke the deadlock, when after picking up the ball from around 35 yards out, Max Ebong went on a pacy run through the centre of the Nomads’ defence before slotting coolly into the bottom left corner.

Nomads hit back with a corner in the 26th minute, which Shakhtyor struggled to deal with before being spared by the linesman’s flag going up against Callum Morris.

Despite trailing, Nomads were standing up to Shakhtyor, with Andy Owens and Michael Bakare working away at a stubborn Soligorsk defence.

Michael Bakare beat defender Igor Burko on ‘The Miners’ byline, but his resulting pass was collected by goalkeeper Andrei Klimovich.

But a minute later Shakhtyor struck back, with Elis Bakaj sending a free kick into the bottom left corner on 33 minutes. After his initial free kick bounced back to him off the Nomads’ defensive wall, he was given a second chance to hit the target and made no mistake.

Nomads stuck to their strengths, winning set pieces as they looked to get back into the game. In the 43rd minute Ryan Wignall challenged for a Danny Holmes throw in the Shakhtyor area but the keeper collected it.

In the second half, Nomads enjoyed a solid performance and restricted any major chances on goal for Soligorsk.

The hosts went close on 49 minutes, when a curling free kick from 25 yards from Laurence Wilson forced Klimovich into a full stretched-save.

In the 52nd minute Nomads had the ball in the net from a throw in, but the whistle had already gone for a free kick to Shakhtyor, with Estonian referee Juri Fischer making little allowance for contact between the two sides.

With more than an hour played, Laurence Wilson denied Soligorsk a third when he blocked a Igor Kuzmenok effort from eight yards.

Nomads then made their first substitution of the game, with summer signing Michael Parker departing for Declan Poole.

But on 75 minutes Nomads were dealt a blow, when Shibun sent a free kick from 25 yards out into the bottom left corner of Danby’s goal.

With The Miners 3-0 up, they began to inflict their no nonsense game management on play with time running out.

After Ryan Wignall was replaced by Nathan Woolfe, Nomads scored a vital goal when referee Fischer pointed to the spot following a foul on George Horan.

Callum Morris stepped up and made no mistake from the spot, keeping Nomads in the tie ahead of next week’s second leg at the home of Shakhtyor Soligorsk, the Stroitel Stadium.

Nomads now head to Belarus to face Soligorsk on Thursday 19 July, for a 6pm BST kick off.

Live coverage of the game will be made available on the Nomads’ twitter feed, which will document the club’s trip throughout the week. 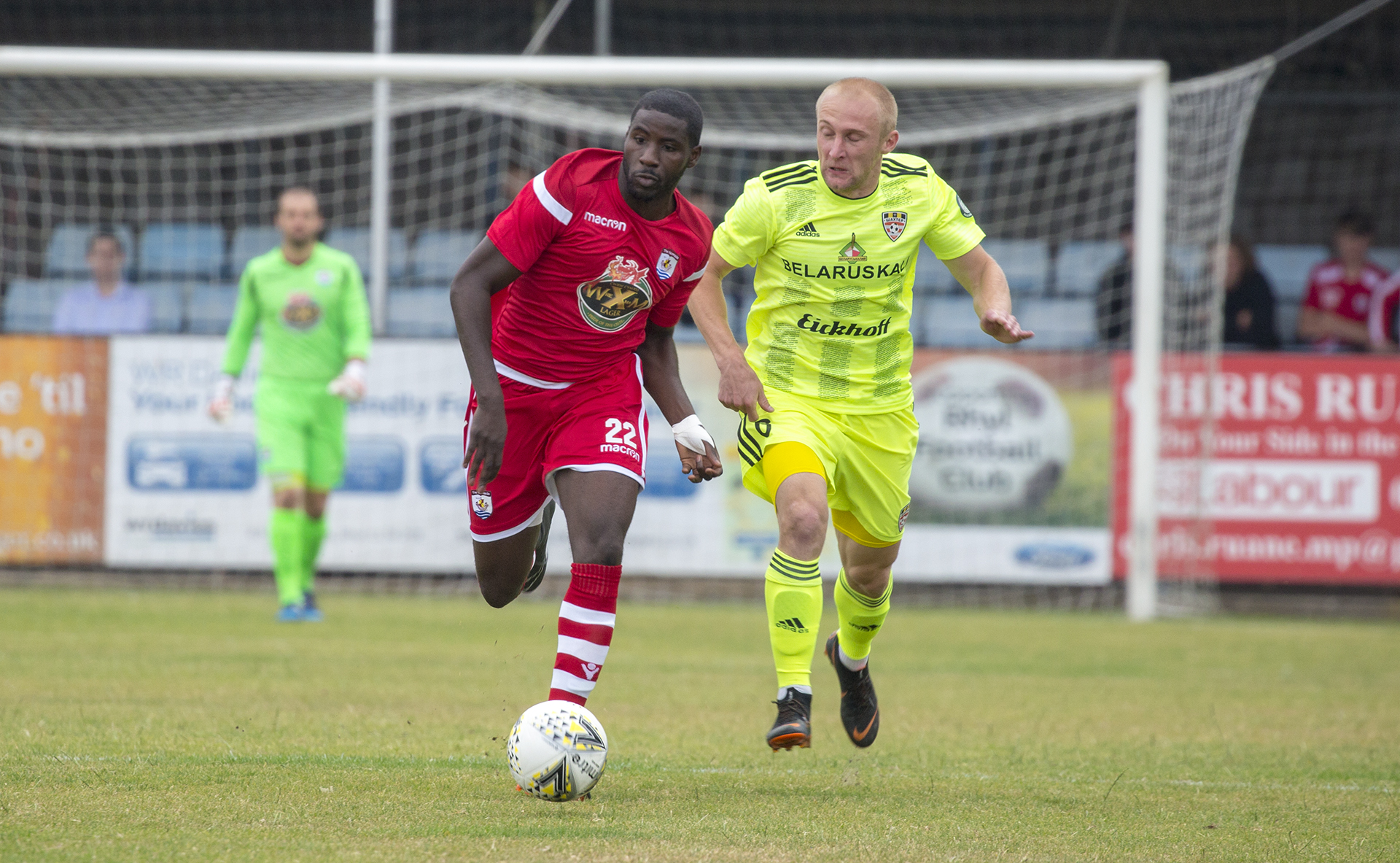 Michael Bakare goes on the attack for The Nomads © NCM Media 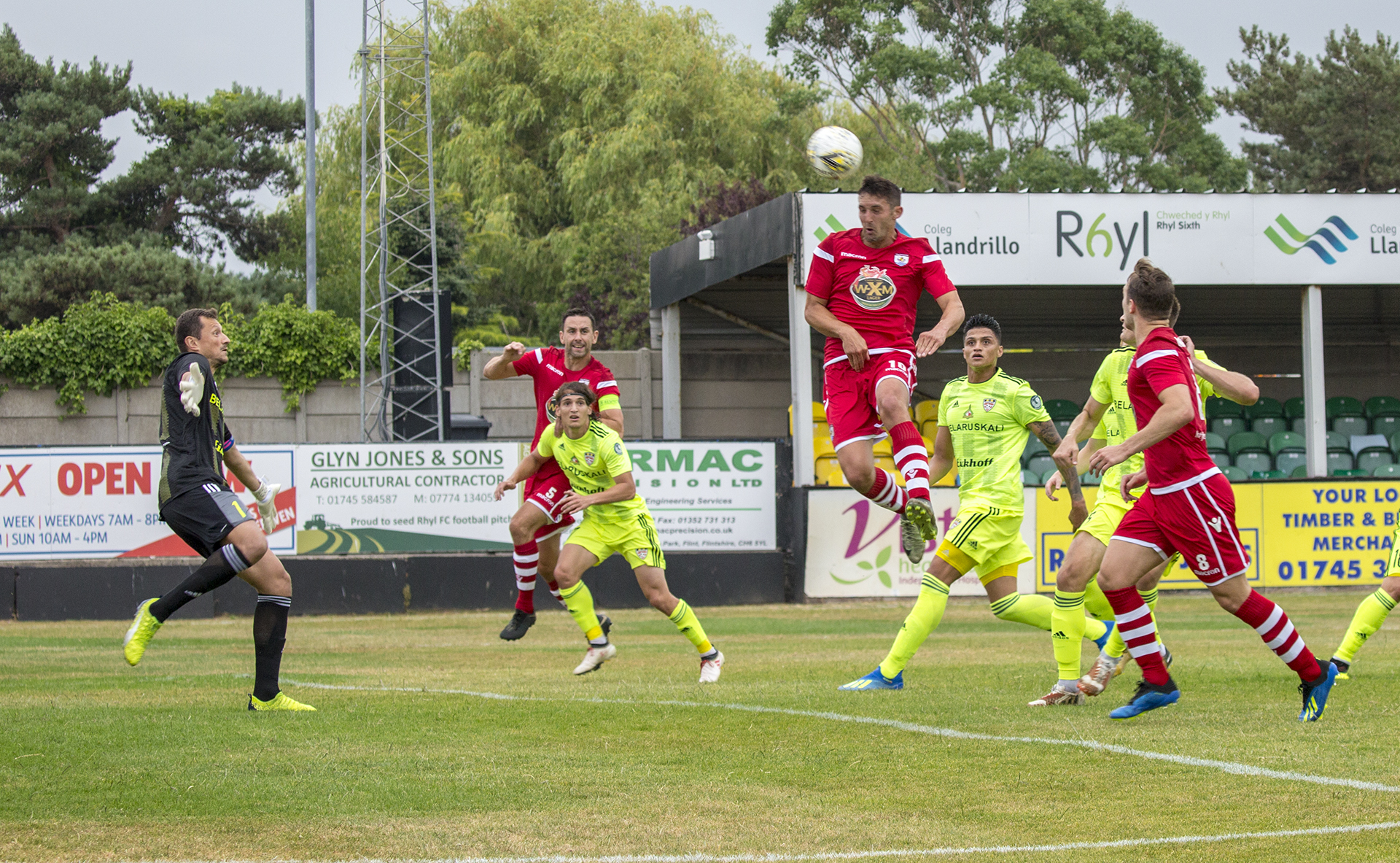 Andy Owens heads for goal in the first half © NCM Media 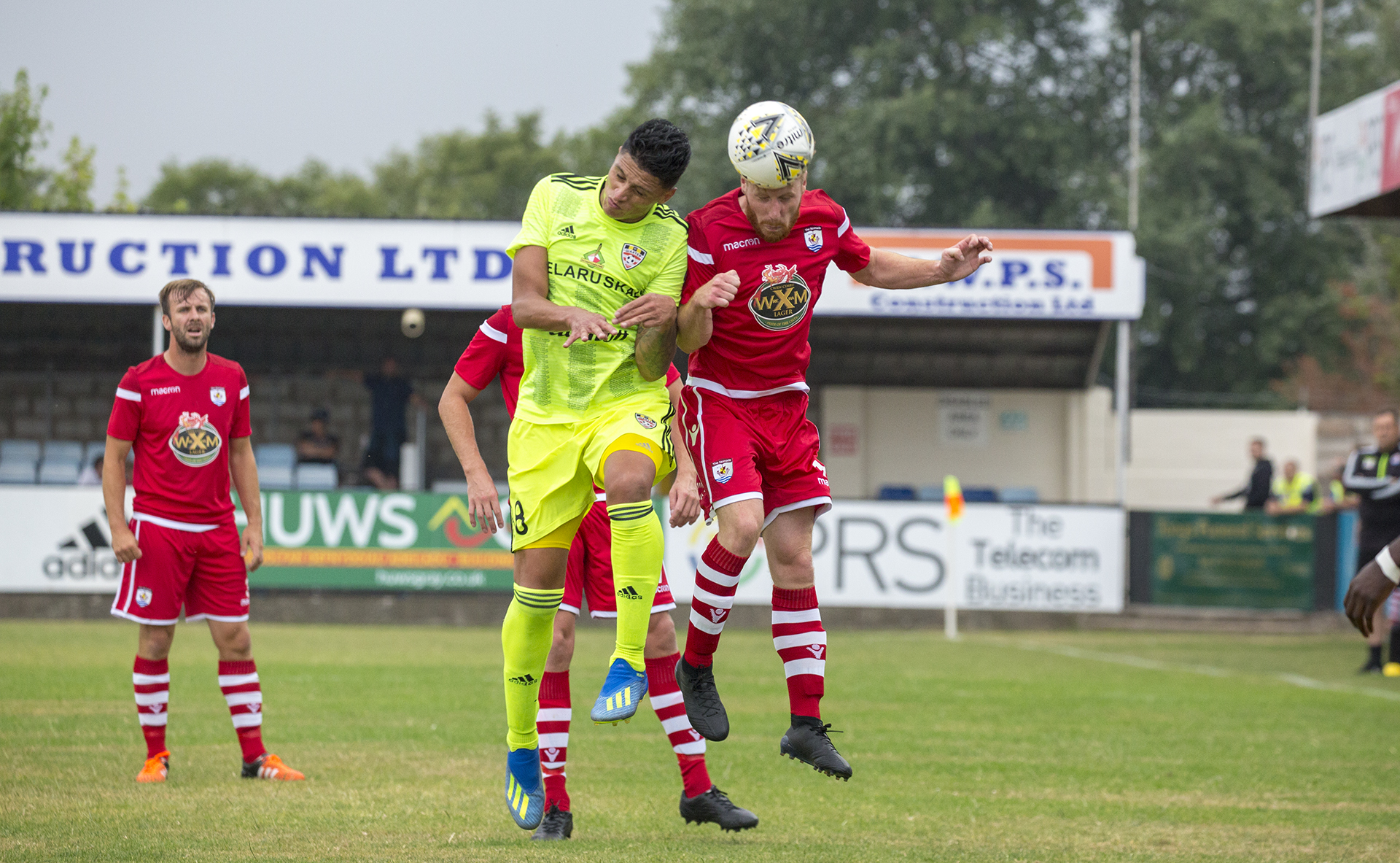 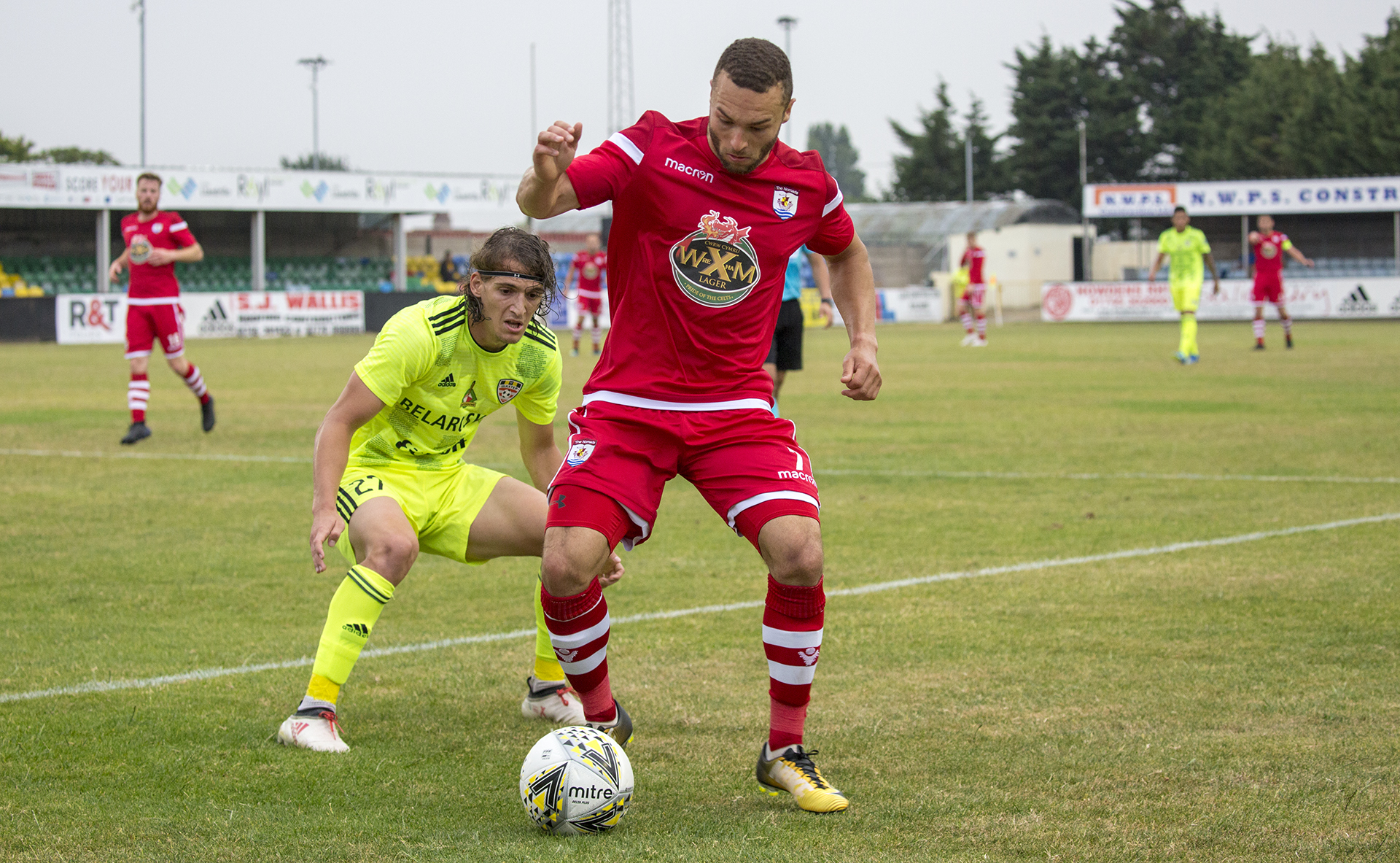 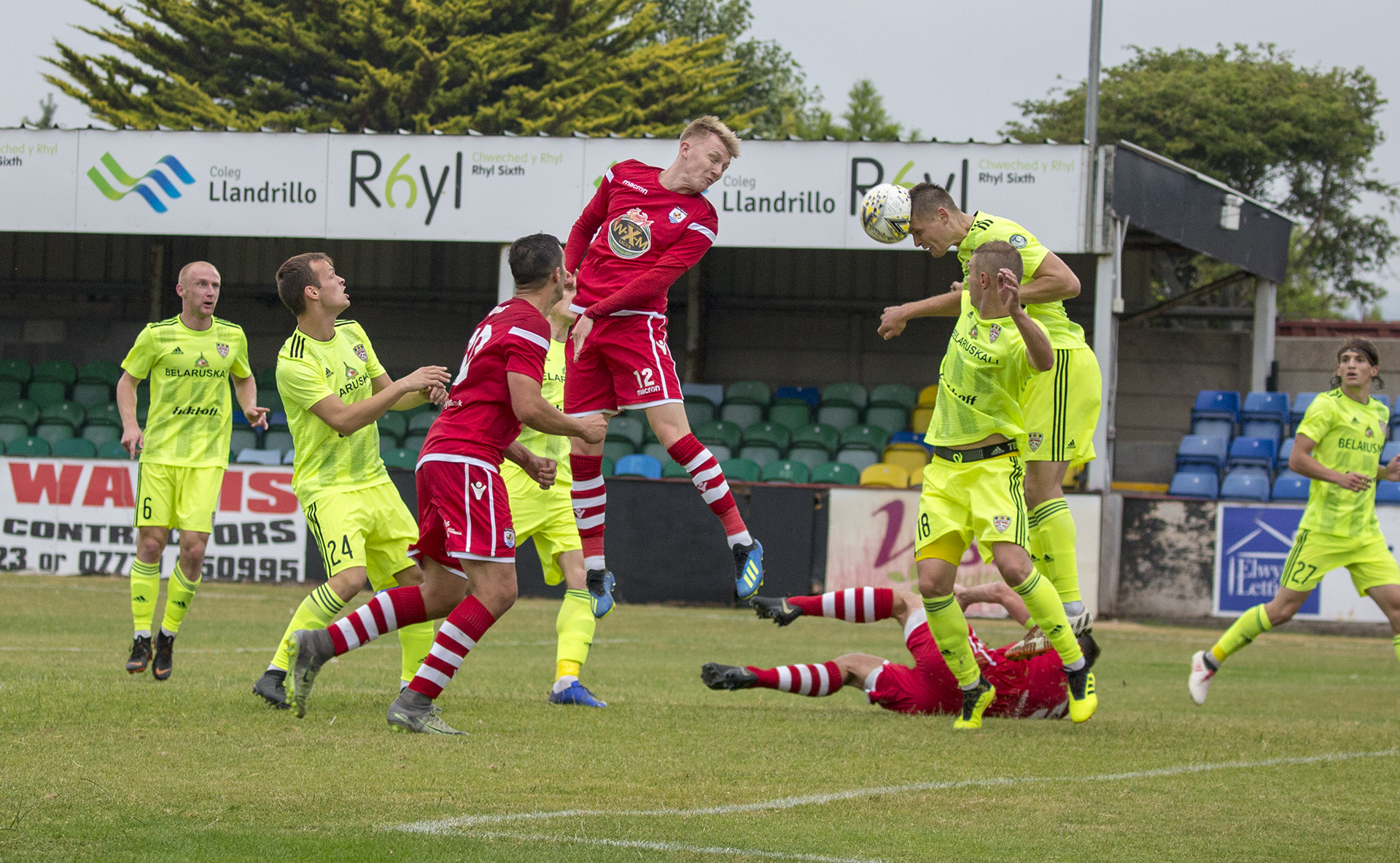 As Declan Poole challenge for the ball, George Horan goes down in the background, for which, The Nomads were awarded a penalty © NCM Media