The game was Nomads’ first in eight days, which succeeded a frantic three games in six days which saw them face Falkirk in the Irn Bru Cup, and Caernarfon and Newtown in the JD Welsh Premier League.

Their 3-1 win over Newtown gave them momentum going into the Llandudno clash, but the hosts also had reason to be confident with two wins from their last two games.

The game began to a good tempo, as both sides looked to create chances early on. Nomads won a corner from an Andy Owens effort on five minutes, whilst John Danby dealt with a Llandudno effort led by Alun Webb.

Ryan Wignall was looking dangerous on the left wing for Nomads, beating two defenders in the 11th minute to send a cross to Andy Owens, before a Llandudno free kick halted the attack.

Nomads’ pressure began to build on the home goal, and it paid off on 20 minutes when John Disney got on the end of a great through ball from Jay Owen, hitting the ball first time for it to beat the keeper, allowing Michael Wilde to tap home from close range.

Andy Morrison’s men didn’t rest on their laurels after the opener, with Michael Wilde trying to get on the end of a flick on from Andy Owens inside the Llandudno area on 26 minutes, with Wignall’s pace winning a corner for Nomads a minute later.

Nomads’ goal then came on 28 minutes, as the corner allowed Wignall to cross to Callum Morris, who sent a first time volley in from eight yards out.

In the 33rd minute Nomads had a good chance to extend their lead, as Andy Owens turned to beat a defender to go through on goal, shooting low towards the left post where goalkeeper Shaun Pearson saved.

There was drama at the end of the half as John Owen went through on goal and slotted past Danby, but the goal didn’t stand after he was found to have pushed Danny Holmes into the Nomads’ keeper, who needed treatment after the clash but was OK to continue into the second half.

The Nomads restarted and scored almost immediately, after Nomads were awarded a penalty from an attack straight from kick off.

Callum Morris stepped up on 46 minutes, lifting his shot into the goal to give Nomads a commanding 3-0 lead at Llandudno.

Nomads’ attacking performance continued, as the likes of Andy Owens and Ryan Wignall kept on causing problems for the home side.

In the 64th minute, a Wignall cross was well headed by Michael Wilde, but a block from a defender denied him an extension of his goal tally on the night.

Callum Morris was chasing his hat trick, sending a low shot towards goal on 69 minutes, which deflected off John Disney before it was caught well by Pearson in goal.

After a 73rd minute substitution saw Michael Bakare replace Ryan Wignall, the Nomads were dealt a blow when Danny Holmes was dismissed after receiving a second yellow from referee Bryn Markham-Jones.

Llandudno stayed in the game and were lively throughout, but their efforts in the Nomads’ end were few and far between as Connah’s Quay were now in full control.
On 82 minutes, Callum Morris’ hat trick was confirmed, after a foul from Andy Owens allowed him to convert low into the bottom right corner of the Llandudno net.

Nomads’ final substitution saw Laurence Wilson come on in place of Wilde, but the defender had little to do in the remaining five minutes with victory all but confirmed.

The win sees Nomads retain second place in the JD Welsh Premier League and brings them just one point behind league leaders The New Saints.

Their next game sees them return to Deeside, as they host Carmarthen Town in the JD Welsh Premier for a 2:30pm kick off on Saturday 29 September. 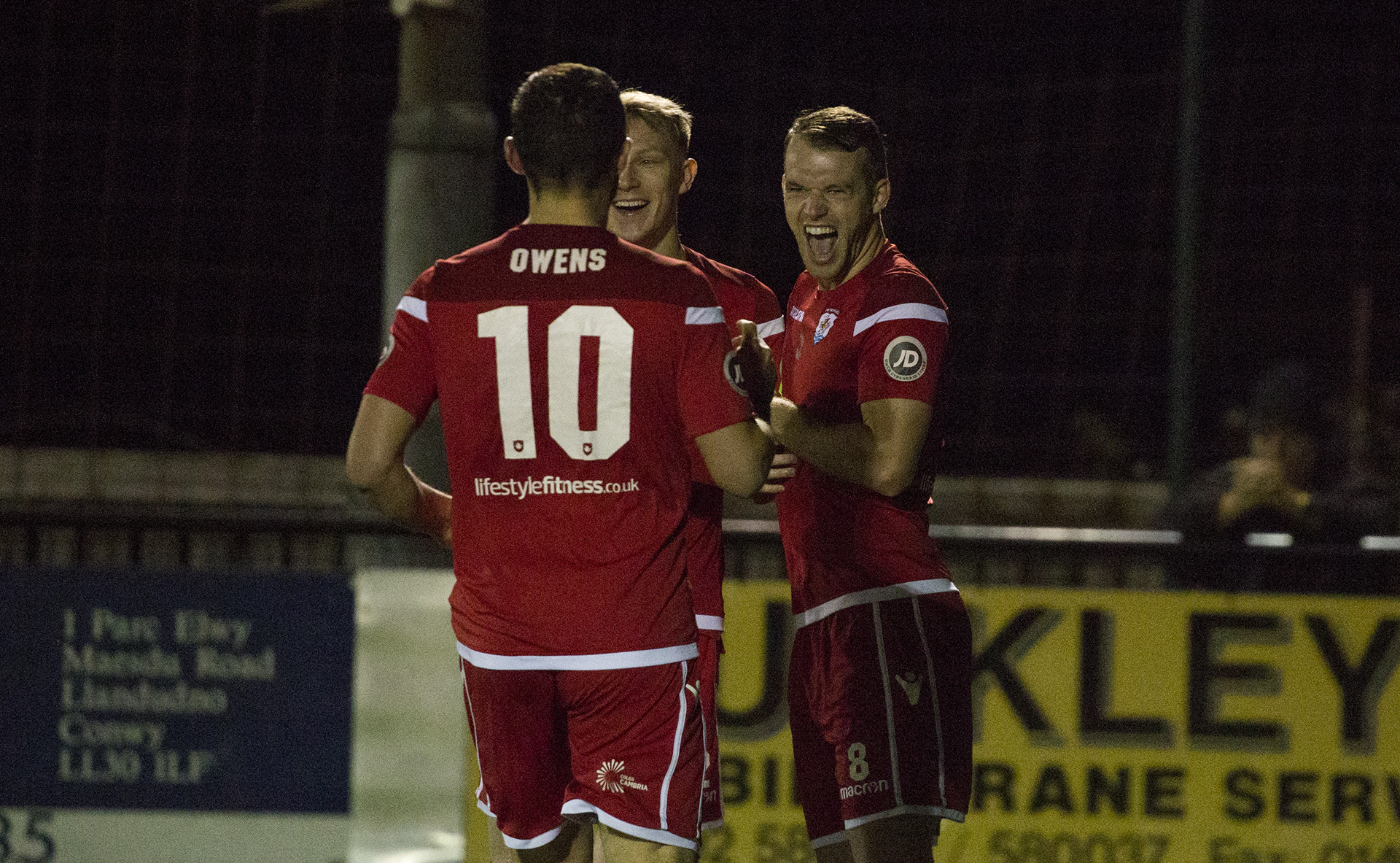 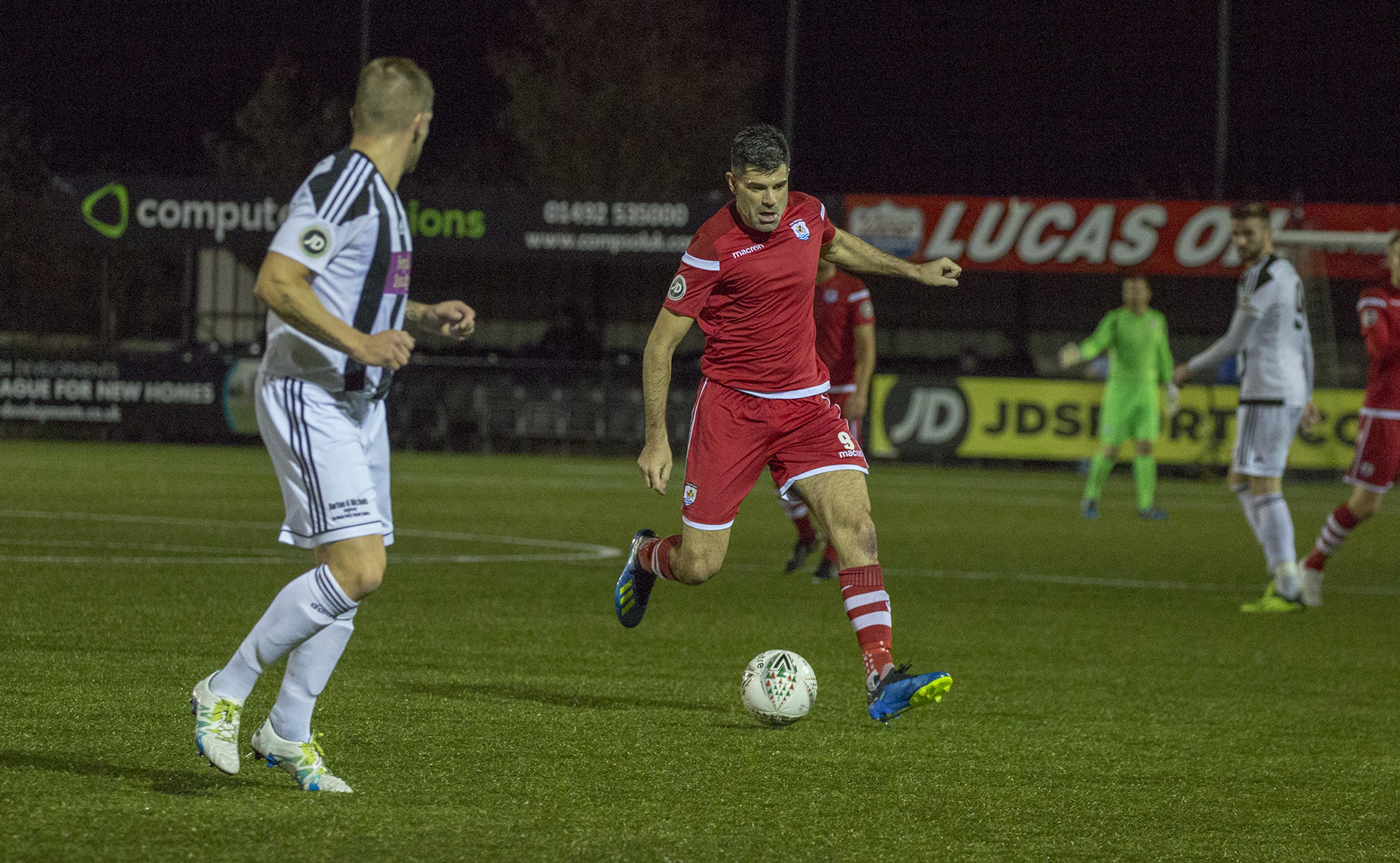 Michael Wilde opened the scoring in the first half © NCM Media 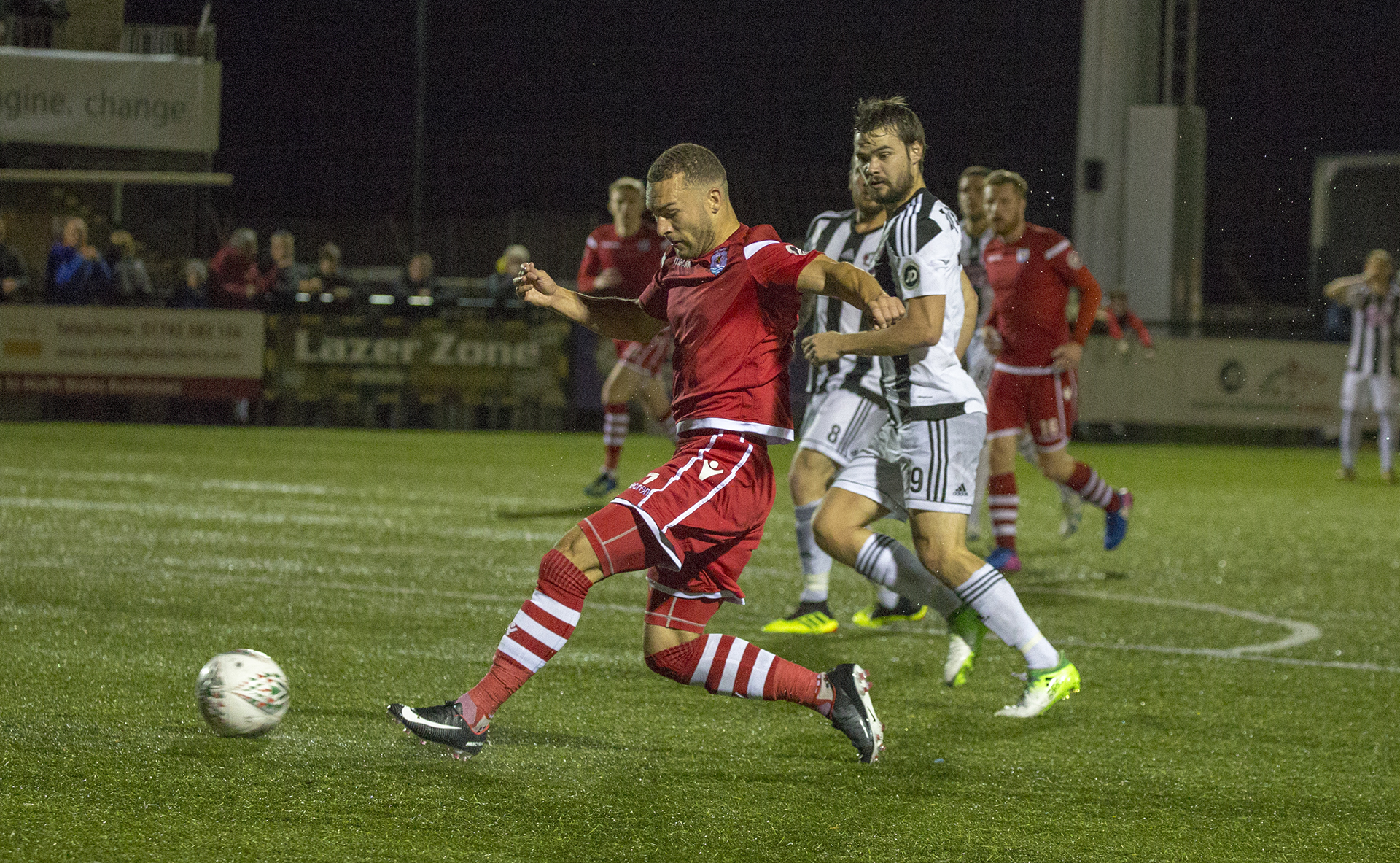 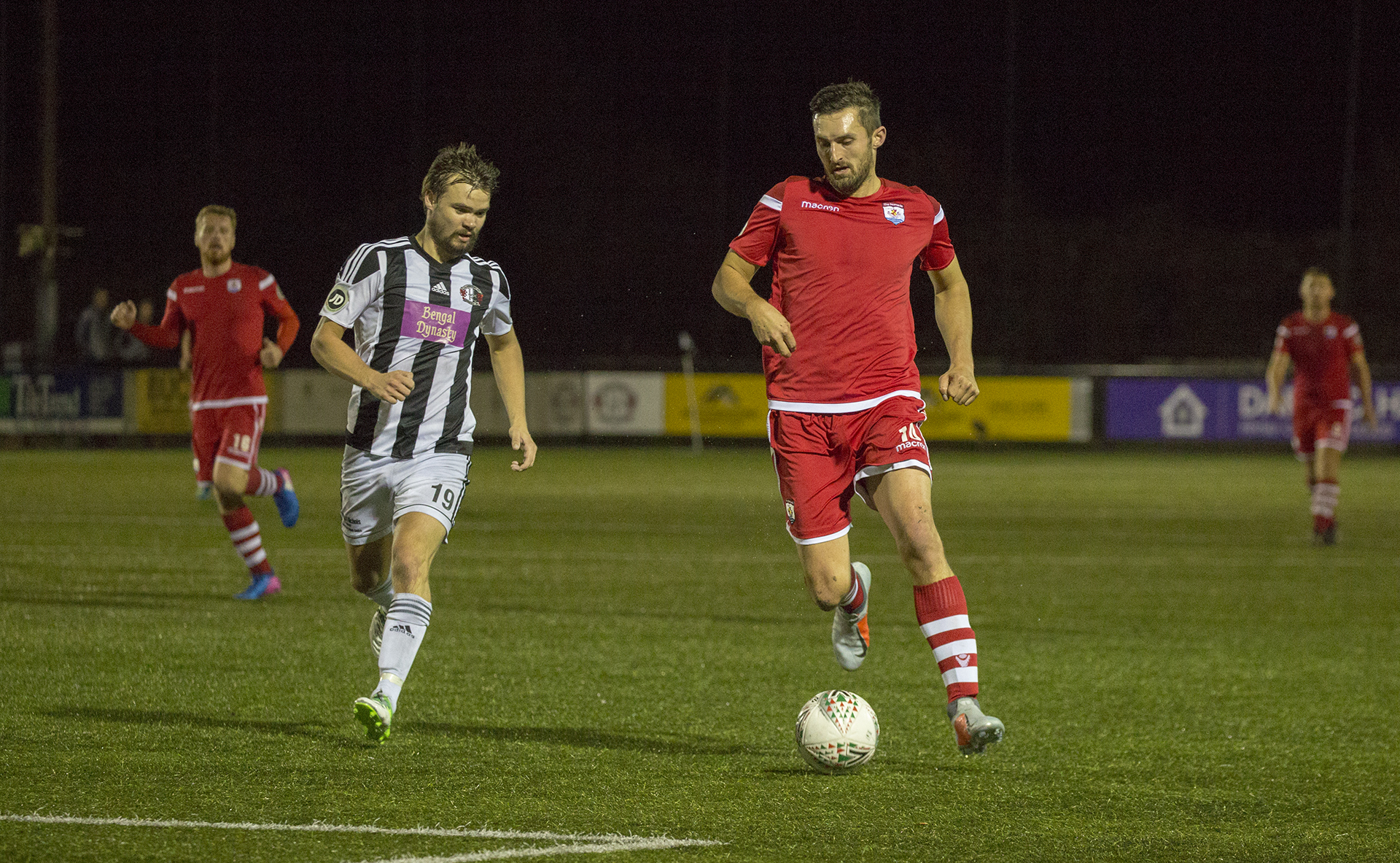 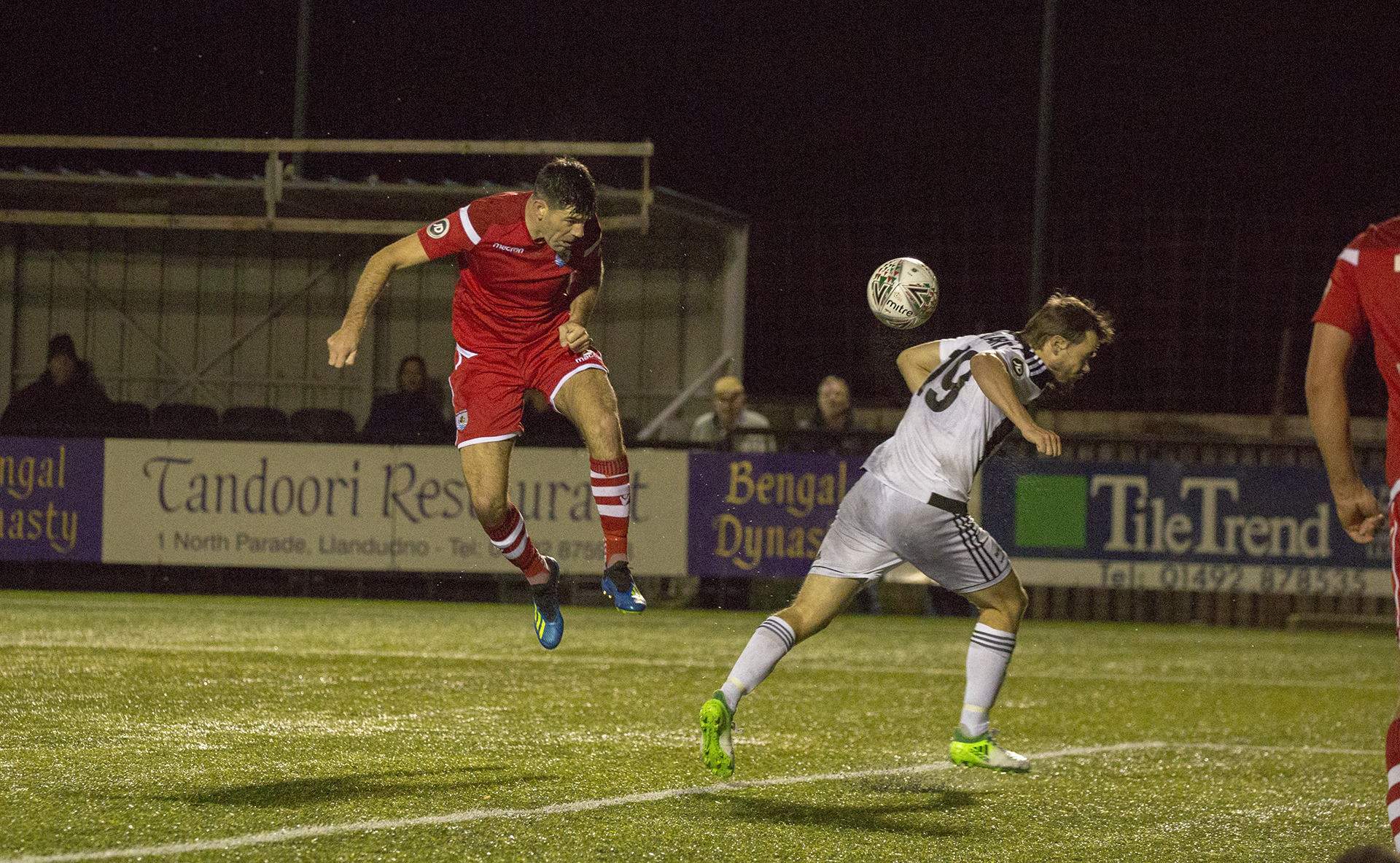