The Nomads overcame Aberystwyth Town by four goals to nil on Sunday afternoon in the Dafabet Welsh Premier League.  Matty Williams opened the scoring for The Nomads, with a second half brace from Les Davies and goal from Shelton Payne securing the home win.

The fixture was significant for The Nomads, with a number of rival teams having already dropped points that weekend.  The Nomads went into the game challenged by a big injury list which saw the likes of Ian Kearney, George Horan and Lewis Short all missing from the lineup.

Andy Morrison was therefore forced to start a makeshift back four, with John Disney and Jay Owen acting as centre half’s with Wes Baynes and Sean Smith the right and left wing backs.  Aberystwyth meanwhile were able to announce a strong line up including Geoff Kellaway and Kostya Georgievsky.

When play got underway, The Nomads immediately looked to take control and had most of the possession in the opening stages.  Nathan Woolfe was, as ever, dangerous on the wing, crossing the ball in to the likes of Davies and Rushton who attacked early on without causing major concern to goalkeeper Dominic Richards.

This deadlock was broken in the 20th minute, when Matty Williams sent The Nomads 1-0 up.  From a Tom Field cross, Williams’ shot took a deflection to loop over Richards and just about cross the line to give The Nomads a deserved lead.

With their goal, The Nomads increased their control of the game, making for a largely comfortable half.  Les Davies put Richards under pressure when he blocked the goalkeeper's kick, sending the ball back towards the Aber goal in the air only for Richards to push the ball out for a corner in a near second goal for The Nomads.

One of The Nomads’ best chances of the first half saw Nathan Woolfe have a diving header go wide despite a good connection with a Tom Field cross.  It was then Woolfe’s turn to try and assist with his cross being sent against the bar by a good headed effort from John Disney.

In the second half The Nomads set out to protect their lead, achieving their much sought after two-goal lead on 47 minutes.  An excellent cross from Tom Field, who had a superb game as The Nomads’ captain, went straight to the head of Les Davies who scored from six yards out in the 47th minute.

Les Davies continued his good form with a great run into the Aberystwyth area, his pass to Nick Rushton being intercepted at the last minute to deny The Nomads' striker an effort yards from the goal.

Although The Nomads were dominating the game, Aberystwyth nearly caught them out when Luke Borrelli got in a great position inside The Nomads' area only to shoot wide for the Seasiders.  Minutes later Chris Jones also sent an effort towards The Nomads' goal, but his effort went wide to keep The Nomads' clean sheet intact.

Nathan Woolfe’s game ended with just over an hour played, the winger substituted for Shelton Payne.  Payne then opened his Nomads account in style on 67 minutes, when he cut in from the right wing to curl an effort into the top left corner of Aberystwyth’s goal via the post to give The Nomads a 3-0 lead.

This goal all but confirmed The Nomads’ win, who then replaced goalscorer Matty Williams with Matty Owen.  With 15 minutes to go, Tom Field was denied a goal to top off his performance, when his shot from 20 yards was accidentally blocked by Nick Rushton.

Field would again be in action in the 89th minute when he assisted Les Davies for the second time, sending an aerial ball to Davies who got his brace with an impressive header from eight yards out.

After around three minutes of injury time, Kevin Parry confirmed full time and a comprehensive Nomads win in what was their first of six consecutive home games in the league.  The result sees Nomads still unbeaten after seven Dafabet Welsh Premier games and puts them second in the table.

Their next fixture is in just two days time against Llandudno FC, at Deeside, for a 7:45pm kick off. 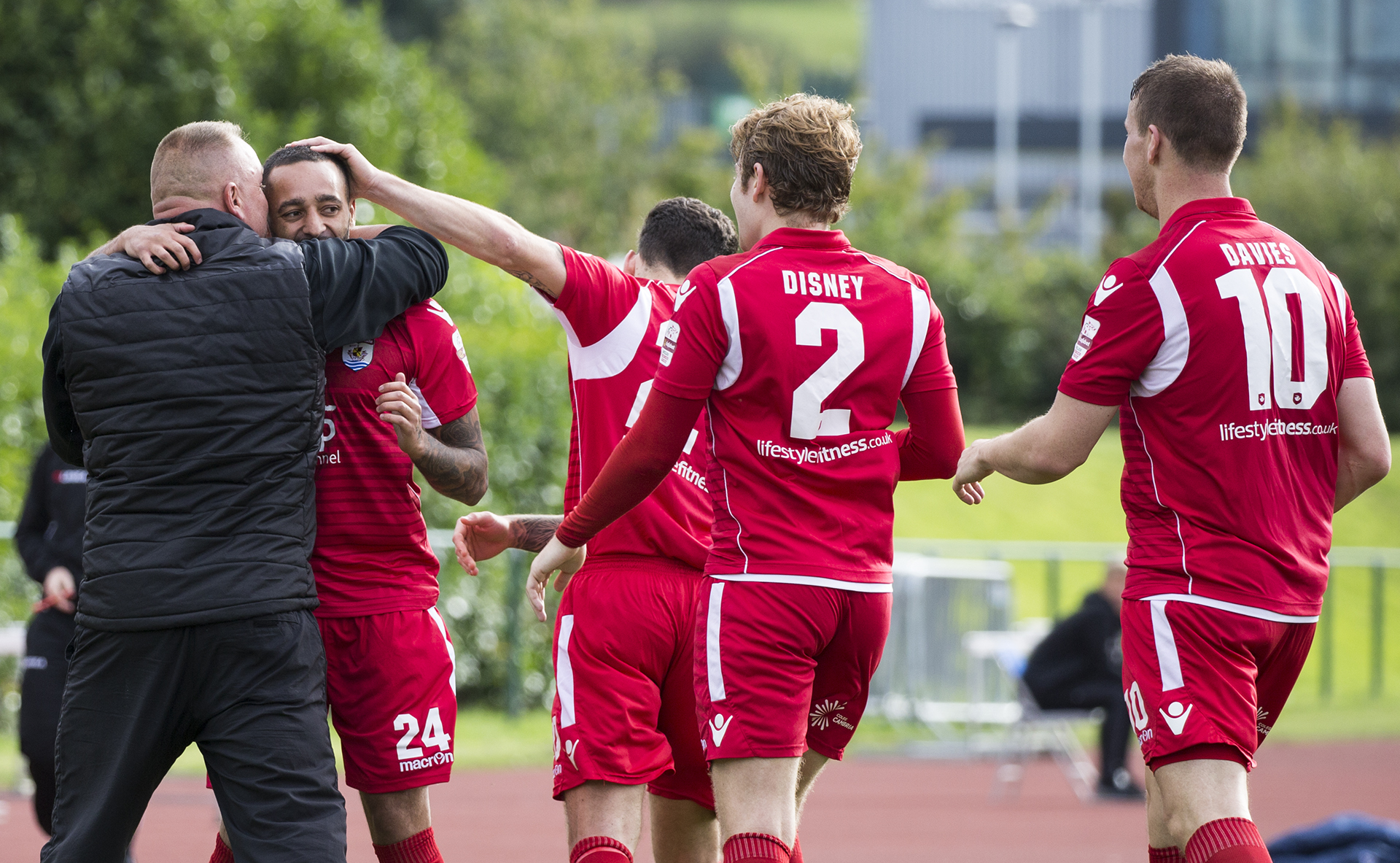 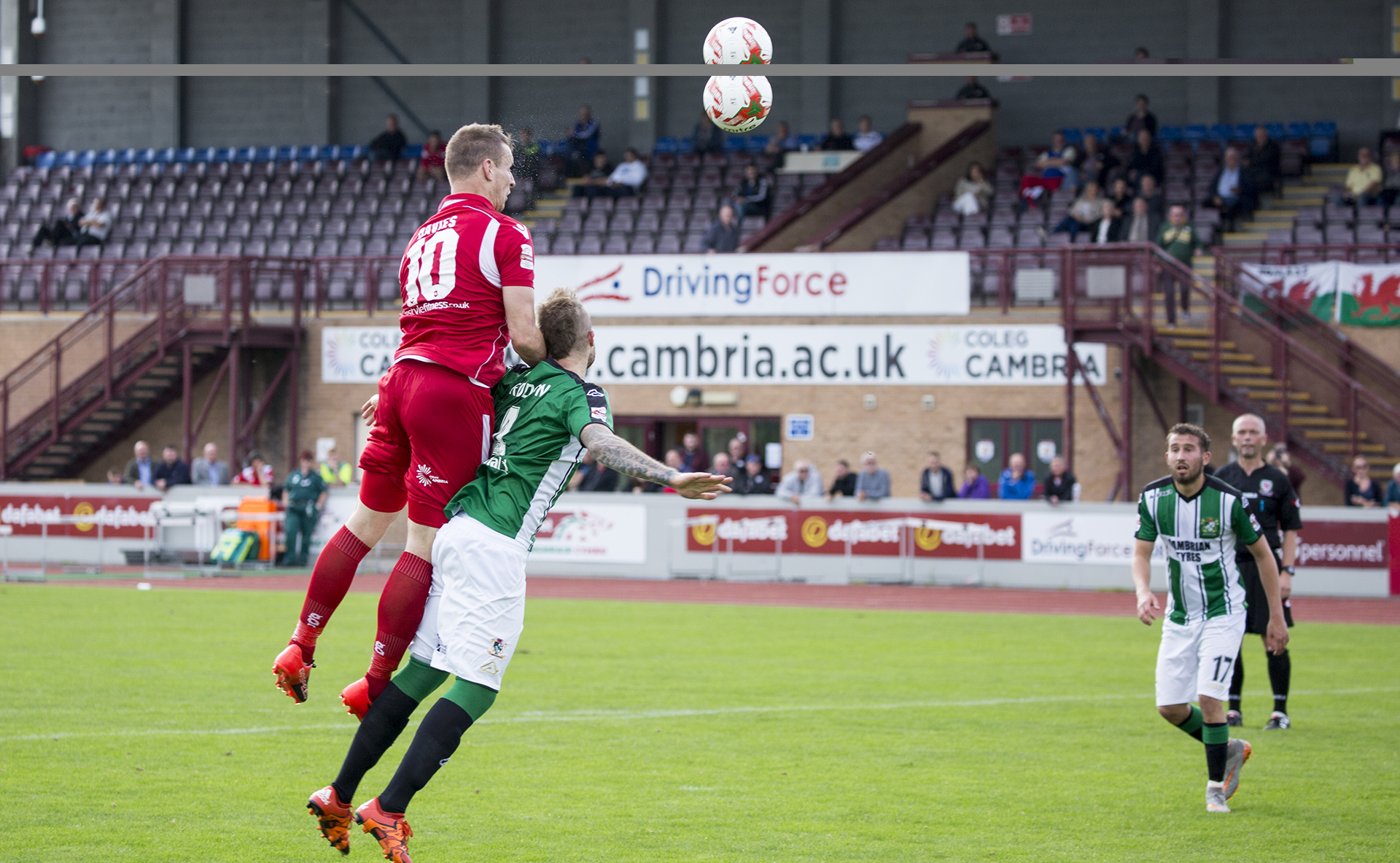 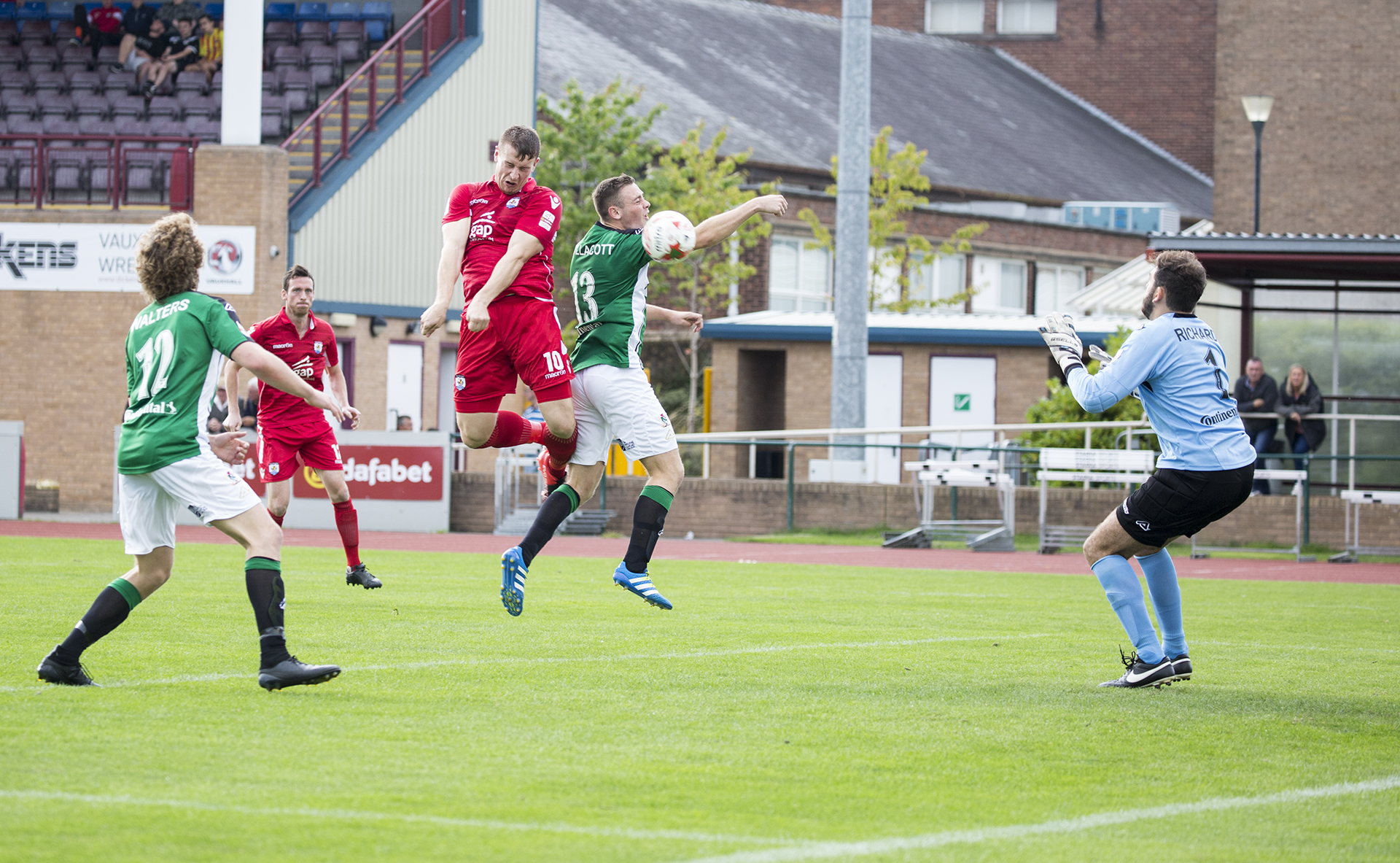 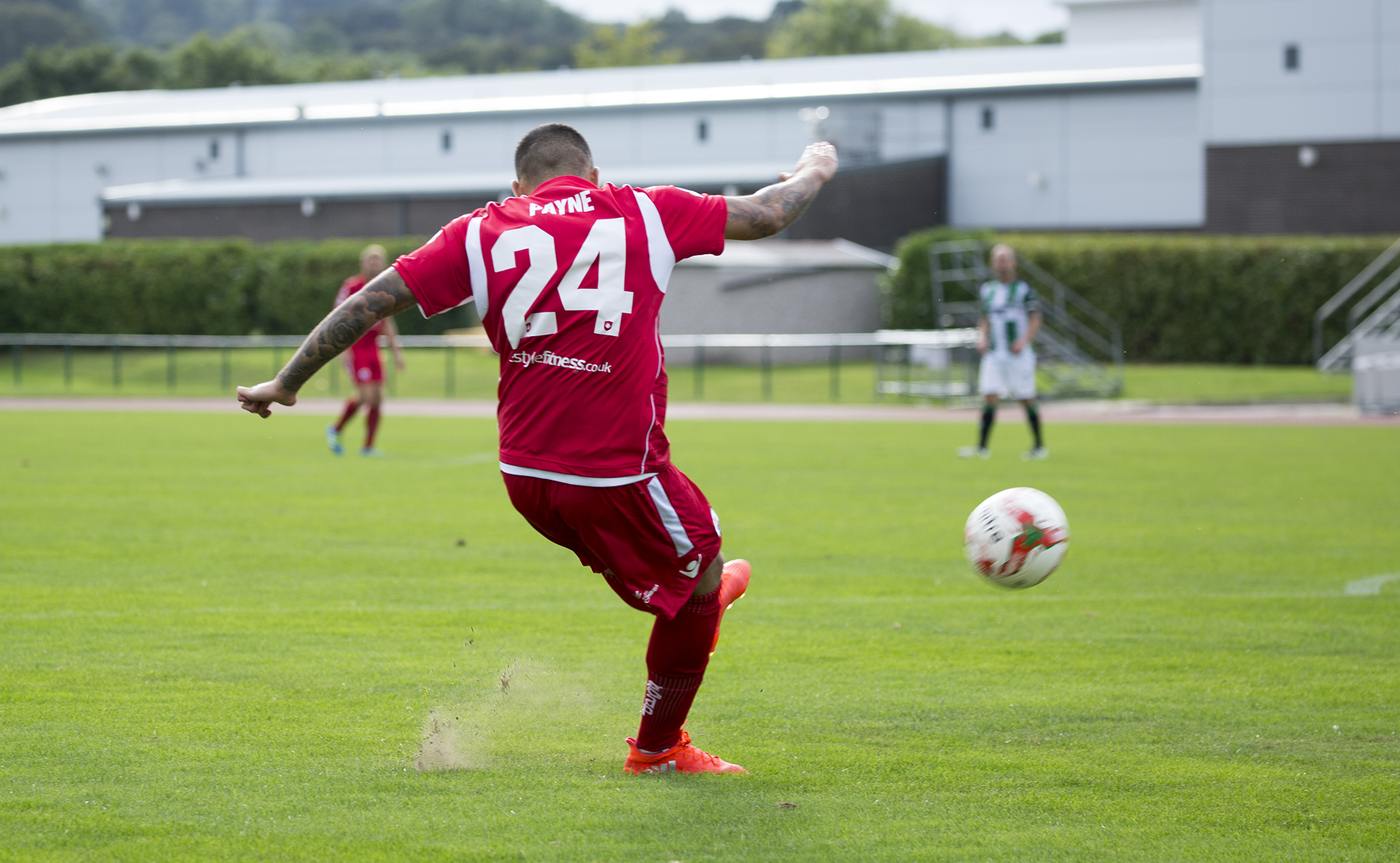 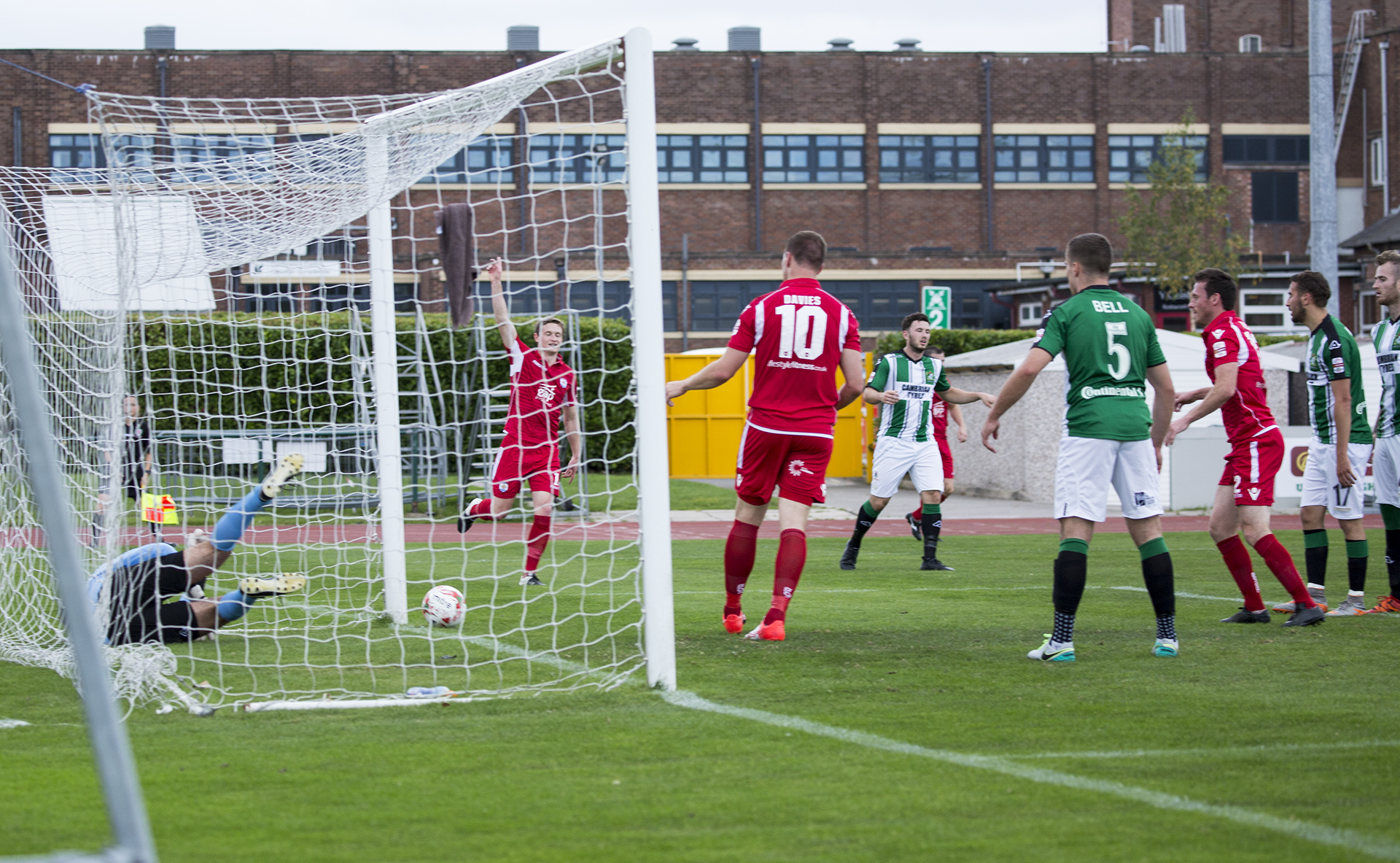