Connah's Quay Nomads are pleased to announce that Andy Morrison and Michael Bakare have been shortlisted for the JD Welsh Premier League Manager and Player of the Month respectively for the month of March.

March was an outstanding month for The Nomads as the side won all four games - a 2-1 JD Welsh Cup Quarter Final victory over The New Saints was followed up with the miraculous 2-1 victory over Cefn Druids which saw The Nomads 1-0 down and reduced to nine men, before coming back to pick up the victory. Bakare scored in both of these games, including the later winner over Druids.

The fine form continued at Maes Tegid as The Nomads picked up an invaluable 1-0 victory before defeating Cardiff Met 3-0 at Deeside Stadium to see out the month. Michael Bakare was once again on the scoresheet and provided an assist for Andy Owens.

Bakare was named in the Sgorio Five-on-Form team on two ocassions during the month following the victories over Cardiff Met and Cefn Druids.

Bakare has been shortlised alongside Jordan Cotterill, Matthew Hall and Liam Thomas while Manager, Andy Morrison is up against Gavin Cheterfield, Scott Ruscoe and Neil Smothers.

Voting is currently open on the Welsh Premier League social media channels and will close on Monday evening, so make sure you get your votes in - good luck both! 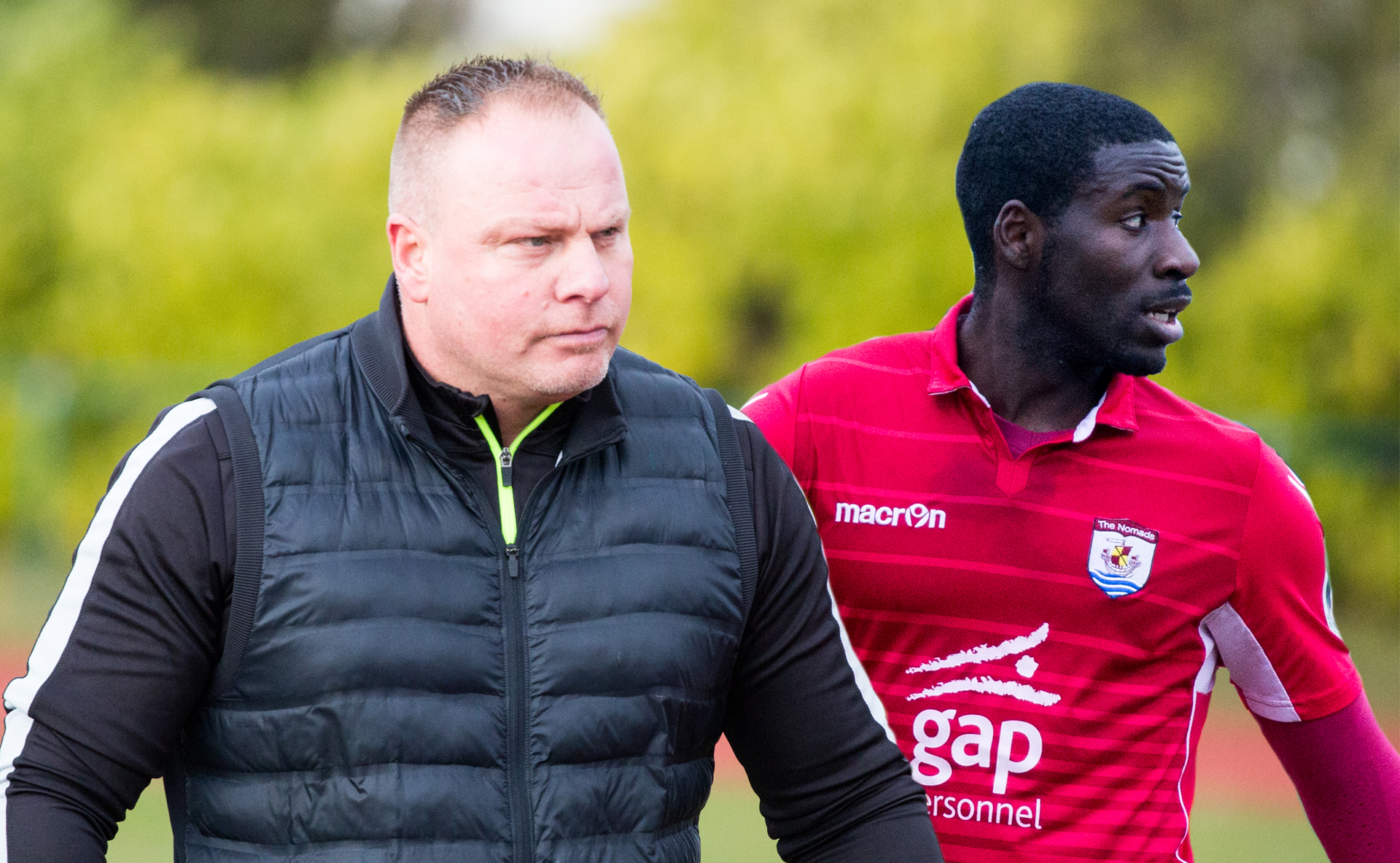